It’s easiest to post about things in chunks of twenty four. As in my past 24 hours, my current 24 hours and my next 24 hours. Let’s start with the present first.

I knew I was in a crapload of trouble when I looked at the weather last night and it said it was going to snow 10” in less than 6 hours starting at today. But I had meetings I couldn’t cancel or move – so began a long day. Around 1PM or so the snow started to fall. It didn’t just sprinkle in slowly – nope, it simply dumped. It went from being able to see all the way across the river to not being able to see the street lights in front of me; all in a matter of 15-20 minutes. Nonetheless we went to the airport via the T (subway) mid-afternoon and attempted to get on the last flight to DC which wasn’t canceled. I succeeded in that venture actually, only to have it cancel a short while later after arriving at the gate. 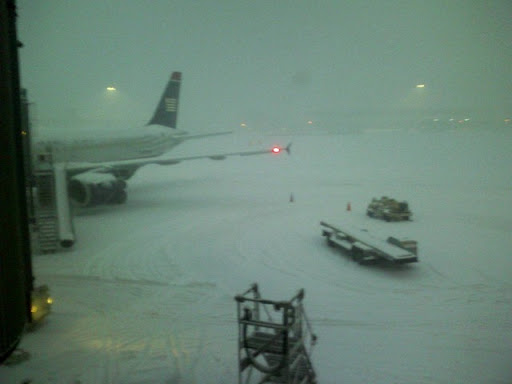 The good news though is that early this morning I had decided to make some backup bookings on the 5:20PM Amtrak Acela train down to DC. A not-so-quick bus ride from the airport back to South Station and we were all set. Had about 15 minutes to spare. Now I’m just chilling here cruising along at 150mph on the train. Fun stuff. Though getting in at 1AM…not so much fun stuff. 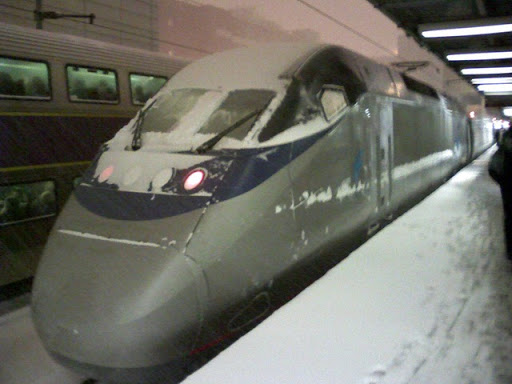 Next 24 hours: More Planes, no Trains, some automobiles

And this is where it gets interesting. I’ve got a 7AM flight tomorrow morning out of DC back to the West Coast (yes, after arriving in at 1AM tonight). After I get into Seattle (via San Fran), I’ve got about 15 hours before my next flight…which finally takes me on vacation – woohoo! Although looking at the 7 days starting this past Monday the flights have been crazy busy. Let’s review:

So during the seven days starting Monday, I’ve got 11 flights totaling 13,571 miles. Ouch. But it’ll all be worth it. Going kayak camping with my brother for a few days through the Rock Islands in Palau, then a few more days of relaxing on the beach (and some diving).

For those of you that want a postcard (from either Palau, Guam or Tokyo), shoot me an e-mail with your info. My e-mail address is up there on the right.

Previous 24 hours: No planes, no trains, and one Audrey

A few weeks ago in an e-mail conversation with Audrey I realized I was going to be up in her neck of the woods (Boston). I had a difficult choice to make though – I could eat dinner and hang out with my co-workers last night. Or I could hang out with Audrey. Hmm…tough call; let’s review the play options:

Choice made – took about half a second to decide. We grabbed dinner for a few hours and had a great time chatting about all things tri, running and non-tri. She’s a pretty cool person and most definitely worth meeting up with if you’re able. She blogged that I even managed to receive a ‘highly selective stamp of approval’. I haven’t come up with any sort of formalized approval system yet (this being my first meet-up and all) – but she definitely gets automatic first dibbs on whatever approval system I come up with. She was right though, I froze my butt off not last night, but today while walking in the hard blowing snow to the subway station. And because all of you claim that photo = proof; Audrey grabbed a snapshot – which I’ve ‘borrowed’ and posted below: 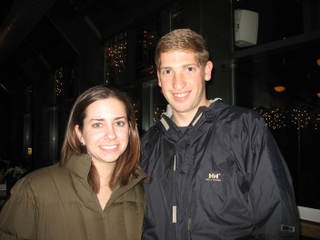 (Oh, and in case you’re wondering why I posted slightly out of order (current, tomorrow, yesterday)…cause I saved the best for last)