Yesterday I went up skiing at Crystal Mountain.  The snow was amazing, the foot or more (in places) of dry fluffy powder was awesome!  It had snowed 6″ the night before, and 18″ in the previous 24 hours.  You really can’t beat that, plus the temps never got above mid-20’s – ideal for ensuring it doesn’t become Cascade Concrete. 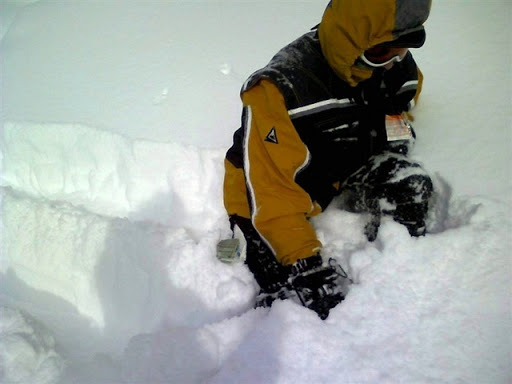 We checked out the new Northway lift, which just opened up a week ago.  It was placed in what used to be back country territory.  I remember back when you had to hike up into back country, and then the associated awesomeness as you wandered through generally uncut terrain.  You finished down a mile or two from the resort alongside the entry road, and were picked up by a shuttle every 30-60 minutes.  We usually saved this for our last run of the day, due to the amount of time it took.

The new lift has some awesome wide open entry bowls, and then funnels down pretty quickly into a few different slim runs/chutes.  The upper part was very nice early in the morning – but the lower portion was starting to get fairly well skied by late morning.  I suspect that by mid-afternoon without new snow it would be a pretty undesirable lower half. 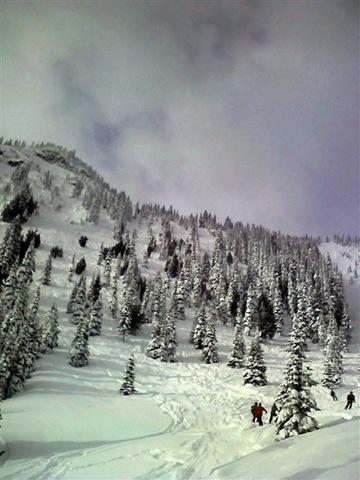 After that we checked out the true ‘summit’ of Crystal (which isn’t where Rainier Express drops you off), which tops out at 7,012 feet.   The snow was amazing down the front side, just below and around the lift (in the upper half of the photo below). 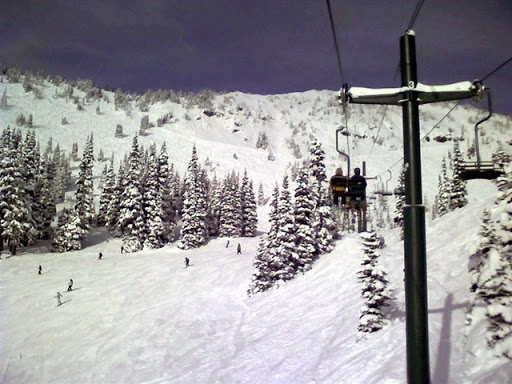 One of the more entertaining runs we found was a run called Boondoggle.  It wound down through some trees and had some light moguls in it – but was mostly an awesome powder field.  It’s located just off the Quicksilver lift. 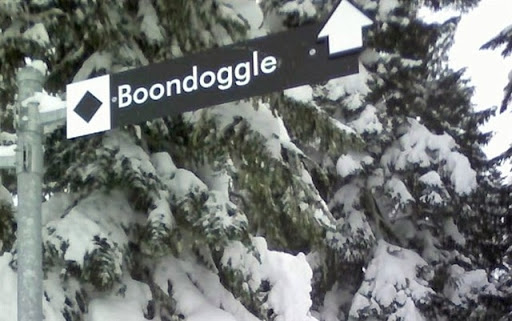 My brother and I remembered when we were in racing that one of our favorite races of the year – the Cherry Tree Charge – was held right off the top of that lift.  It was a downhill course that basically started at the top of Quicksilver and then hugged the tree line down to what used to be the midpoint of the chairlift.  The festivus was always held on the three day holiday weekend in February, and it involved the whole ski team (and their families) staying at the Alpine Inn – which at the time was basically the only hotel up there.  The hotel were the rooms only contained bunk beds, and the bathrooms were down the hall and shared.  It worked pretty well for skiing though since you basically just needed a place to sleep.  It had/has a huge wax room downstairs for doing prep for the next day’s race, as well as a restaurant below the hotel.

One of the coolest things about Crystal is it’s proximity to Mt. Rainier – just a few miles away by air.  On a clear day the view is incredible.  But it wasn’t exactly a clear yesterday, so the top of the mountain was cut off.  Nonetheless, here’s a photo – Mt. Rainier is the big bright blob in the middle. 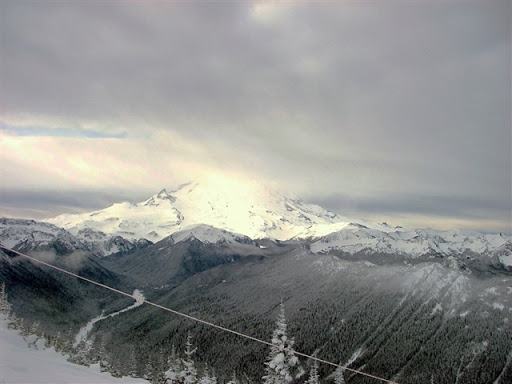 All in all – because of the super-dry powder, it was probably the best day of Western Washington skiing I’ve had in the last 3-4 years.