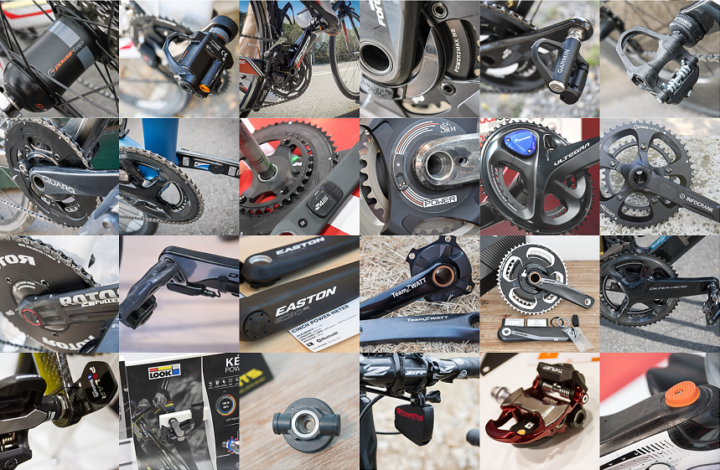 This past spring, as part of a bunch of announcements, PowerTap announced their C1 chainring power meter.  This announcement was coupled with that of the PowerTap P1 pedals, all of which complement their existing PowerTap G3 hub based power meter.  … Read More Here →

Power meters tend to be products that I test for the longest duration prior to posting a review.  This is often due to wanting to validate products across a wide range of weather and environmental conditions: Heat, humidity, cold, cobbles, … Read More Here →

[Please see my 2016 Edition of the Power Meter Buyers Guide Located here.] Once again, it’s time for the annual power meter buyer's guide.  It’s mind-boggling how quickly a year has come and gone, and just how many more entrants … Read More Here →

In many ways, the bePRO power meter is the little unknown underdog that snuck onto the scene earlier this summer with a very simple declaration: We’re here, we’re new, we’re cheap, and we’ve already started shipping. How ‘bout them apples? … Read More Here →

Back this spring PowerTap for the first time announced a power meter that wasn’t in the rear wheel hub.  Well, they actually announced two new power meters.  The first was the PowerTap P1, which is a pedal based power meter, … Read More Here →

It’s been nearly 3 years since Pioneer seemingly stumbled onto the bike power meter scene.  The move by what is primarily an audio/visual company to break into the high end cycling scene was looked at by many as…well…odd.  But Pioneer … Read More Here →

It’s been a touch over two years since my last Power2Max product review, for their now-named Classic edition.  About a year or so ago they came out with their Type-S editions, which would make for their 3rd generation unit.  I’ve … Read More Here →

[Please see my 2016 Edition of the Power Meter Buyers Guide Located here.] How quickly a year has gone by since my last power meter buyers guide.  In that time we’ve seen an explosion of new entrants into the power … Read More Here →

Today, at the start of the outdoor portion of Eurobike, Garmin has made two cycling specific announcements.  The first is unveiling the Vector S power meter, while the second is announcing upcoming ‘Cycling Dynamics’ metrics that will be applicable to … Read More Here →

ROTOR has officially announced their newest power meter offering, the ROTOR Power LT.  The LT stands for ‘lite’, but it could also actually stand for ‘Left’, which is because unlike their higher end power meter the LT is a left-leg … Read More Here →

I suspect in the sports technology world there was no product quite as long awaited as Vector.  It’s taken years of attempted delivery dates to get to this past August, when they started shipping production units.  Since being equipped with … Read More Here →

Back in the spring Quarq announced their latest additions to the power meter lineup by unveiling the Riken and Elsa power meters.  The Riken unit replaced the previous Cinqo units, while the Elsa units acted as a non-SRAM RED option … Read More Here →

[Please see my 2016 Edition of the Power Meter Buyers Guide Located here.] With all the new power meter products on the market recently, I figured it’s time to do a bit of a re-group and explain the options and … Read More Here →

Do firmware updates by Stages help resolve some of the technical issues I saw in the earlier review? Read More Here →

The CycleOps PowerCal is a unique power meter of sorts. Aside from being inexpensive, it's also non-traditional in the way it gathers power.. Read More Here →

The Polar Look Keo Power System is the first pedal based power meter to make it to market, meaning, you can actually go out and buy one.  Announced nearly two years ago, the units finally started trickling out into the … Read More Here →

Earlier this year Quarq announced their new SRAM RED Quarq 2012 power meter, alongside the SRAM RED 2012 group set.  This would mark the first full new product release for Quarq since being acquired by by SRAM.  It would also … Read More Here →

Last year when Saris/CycleOps came out with their ANT+ enabled Joule, many wondered how it would stack up against the competition.  Would a non-GPS enabled device still be able to compete in an increasingly GPS dominated world?  And how would … Read More Here →