I figured I’d add a quick post here to mention a video I posted a few days ago on YouTube, covering a slate of DJI Mini 3 Pro Accessories I’ve been using this summer. Most of these were more general purpose, but one of them was for your bike. And given I was swarmed with requests to test some of these bike mount options back in May when I published my Mini 3 Pro In-Depth Review, I wanted to circle back here.

I cover most of this in the video, but to briefly back up. First, ActiveTrack on the DJI Mini 3 Pro lets it follow you autonomously, filming you as you go. The Mini 3 Pro has forward and rearwards facing obstacle avoidance sensors, though they do provide some minimal sidewards facing avoidance at certain angles (given the field of view). They also provide some upwards/downwards facing avoidance, but not nearly as much as something like the Skydio 2 does. However, while the Skydio 2 series continues to be the undisputed king of obstacle avoidance and cyclist/runner tracking, it also continues to fall further and further behind in image quality and cinematic prowess. Not to mention the size.

The point being, the DJI Mini 3 has become my defacto drone for virtually all of my sports tracking shots this summer, both locally and on trips. However, one particular challenge is that the new DJI RC remote (which is a remote with a built-in screen), didn’t have a bike mount option. Whereas the other DJI RC-N1 remote (the one that you place your phone in), does have a bike mount that I’ve reviewed previously. In my case, I greatly prefer the newer DJI RC remote since it means I’m not reliant on my phone for anything drone-related. Size/weight-wise, it’s a wash. 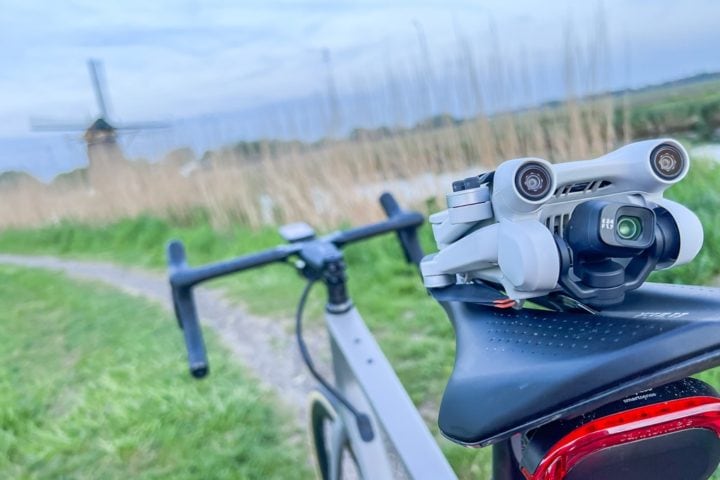 But at launch, that new remote didn’t have a way to mount it to my bike for tracking. Since then there’s been numerous 3rd party mounts that have come out, which attach to either the lower screw holes on the front/bottom edge, or the rear-facing screw holes on the back. The first I tried was a bottom-edge one that was basically a piece of crap. It didn’t even pass my desk test before I deemed it highly likely to break. Technically it said it was for the DJI RC Pro, but frankly, there’s no way it would have worked on that either, since that’s far heavier than the DJI RC. Thus, skip this one:

After that, at least one, if not two DCR followers came up with their own 3D printed options that seemed far better, and some even included proof of life videos. Which is great! Sadly, Instagram’s direct message search tools are a proper dumpster fire, and I can’t find these again from back then. But, if you’re one of those people, drop me a note below!

So, back to Amazon I went, this time seeing one that connects on the back:

It uses the same handlebar mount I’ve previously tested, but is also fully GoPro adapter compatible. So that meant I could ditch the sometimes tricky handlebar mount portion, and then simply use the DJI RC adapter portion. 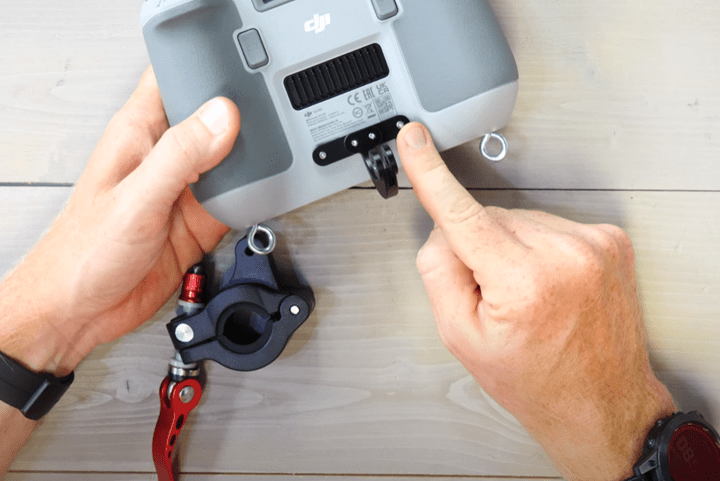 Point being, in the video I show how it all works (chapter markers are listed in the video), including some test bits. However, I’d say that while this is totally acceptable for road cycling with a safety tether (in case it snaps), I wouldn’t recommend it for MTB. Whereas previously, the other mount I did actually test extensively for MTB. The main difference being the previous mount basically was like a giant hand/clamp that held the entire DJI RC-N1 remote. Whereas this new DJI RC controller mount holds it up on a pedestal, meaning it wobbles/vibrates a lot. 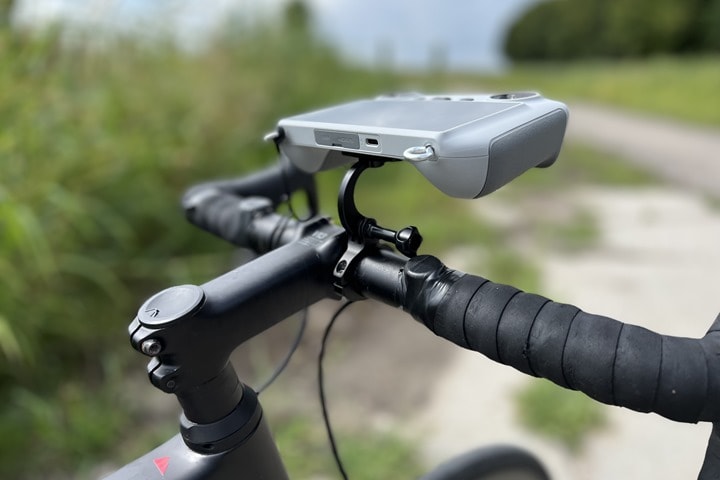 Anyways, in the video I dive into all that with footage and the usual bits. But, I wanted to call it out here for the bike mount portion, since that’s typically of more interest here on the site. Maybe some day there will be some other mount options. Or, maybe we’ll just get lucky and DJI will eventually produce a simple tracking beacon like the Skydio Beacon (or the AirDog Beacon). One can dream! 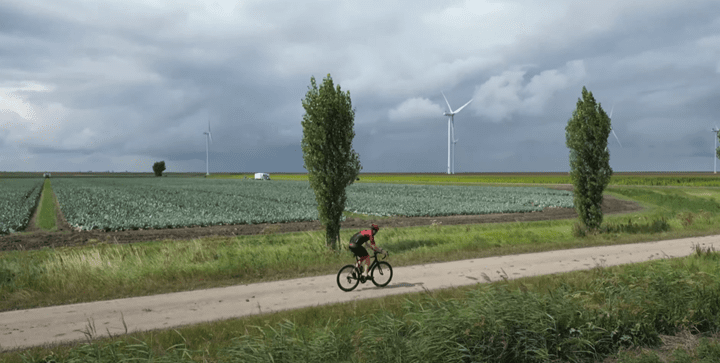 At the end of the day, I’m an athlete just like you looking for the most detail possible on a new purchase. These posts generally take a lot of time to put together, so if you're shopping for the DJI Drone Controller Bike Mount (DJI RC-N1), DJI Drone Controller Bike Mount (DJI RC) or DJI Mini 3 Pro with DJI RC or any other accessory items, please consider using the affiliate links below! As an Amazon Associate I earn from qualifying purchases. It doesn’t cost you anything extra, but your purchases help support this website a lot. Even more, if you use Backcountry.com or Competitive Cyclist with coupon code DCRAINMAKER, first time users save 15% on applicable products!