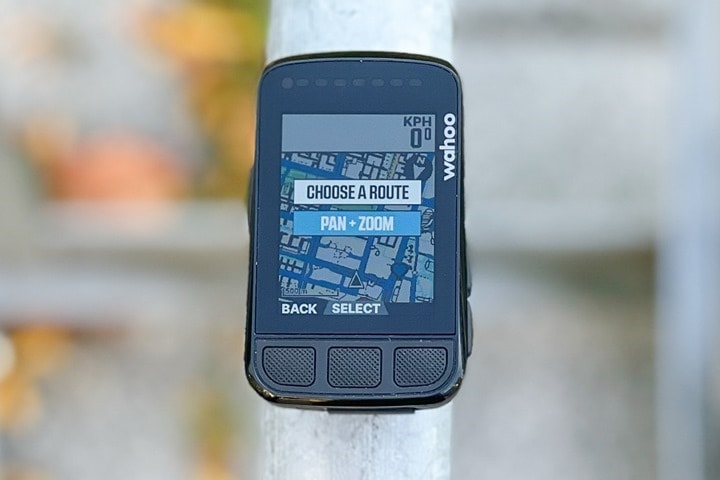 We’ve got three items to quickly run through on this mid-week edition of the Sports Tech Tidbits. Never quite as good as Timbits, but still good enough.

If your weather has turned crappy like mine, you might not have noticed over the last couple of days that Wahoo added a new BOLT V2 feature via software update – the ability to pan and zoom the map. The company has been testing this feature over the past 6 months or so, slightly more publicly than usual (or it was found slightly more publicly than usual). In any case, it’s silly easy to use (and at present, only on the newer BOLT V2).

To access it, you’ll iterate through your data pages like normal, except you’ll see a new “…” option on the lower left side on the map page. 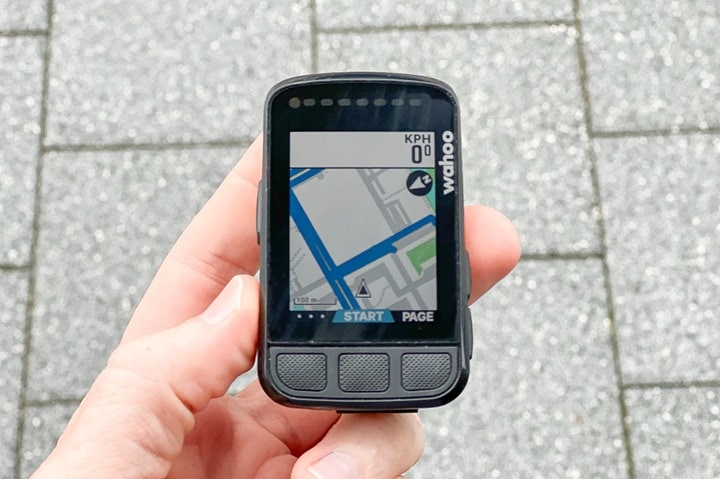 If you tap that, it brings up a menu choice to access the previous routes page, or to Pan/Zoom. 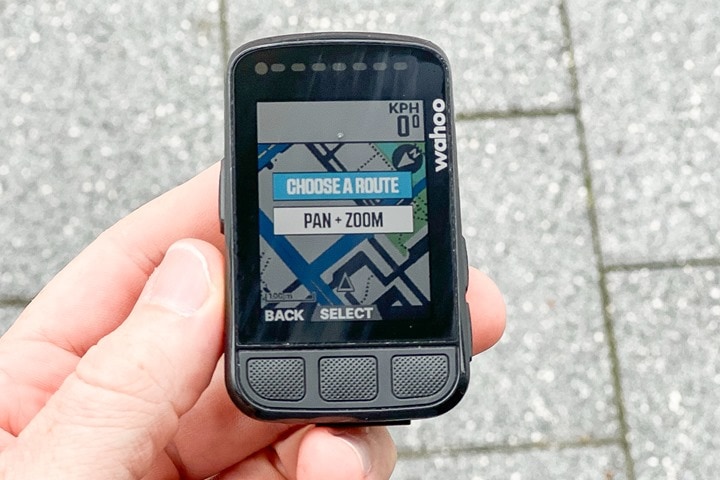 If you tap the first option (the routes one), it takes ya here: 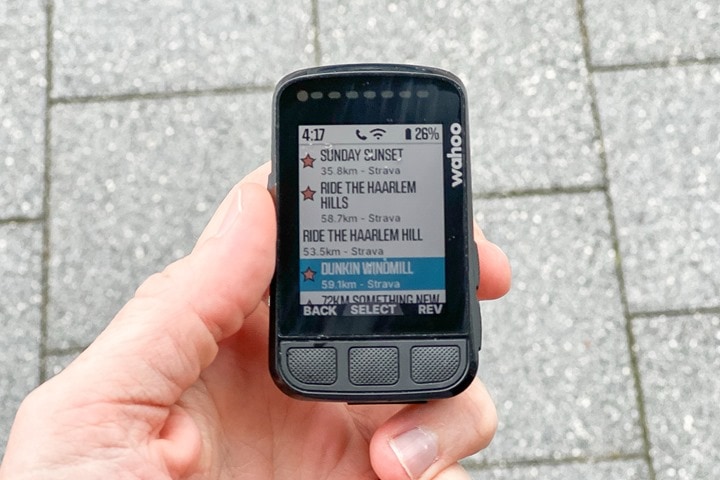 Whereas if you tap the other option (Pan/Zoom), then ya get to the goods: 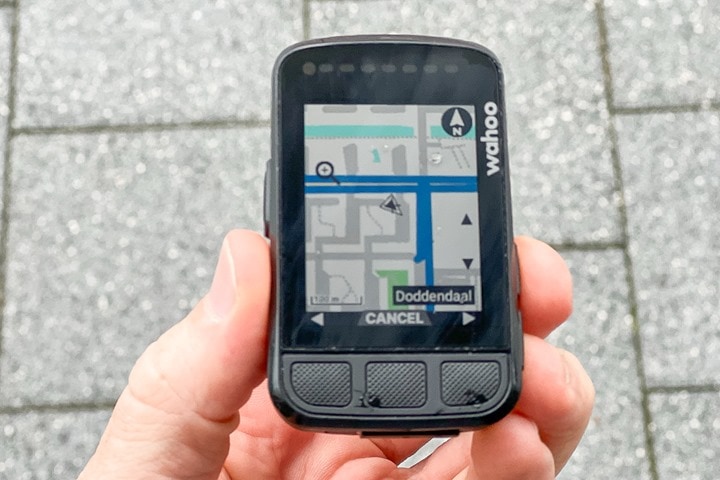 In many ways, this works roughly like Garmin’s wearable-based pan/zoom buttons in that you iterate through either panning or zooming by pressing that left-side button, which then makes the side buttons become either pan or zoom (above you can see a magnifying glass, indicating to switch it from panning mode to zooming mode). This works slightly better than on Garmin’s wearables because you’ve got the ability to pan up/down/left/right without having to change (whereas Garmin is pan up/down OR left/right before you have to change).

In any case you kinda flip-flop back and forth between panning (moving the map), and zooming, depending on where you want to check. And yes, as I mentioned, the weather was crappy – I had to wipe the screen of rain between every single photo I took. Also, it’s absolutely dumping cold rain outside right now – slightly delaying my run (and entirely delaying any desire to run). 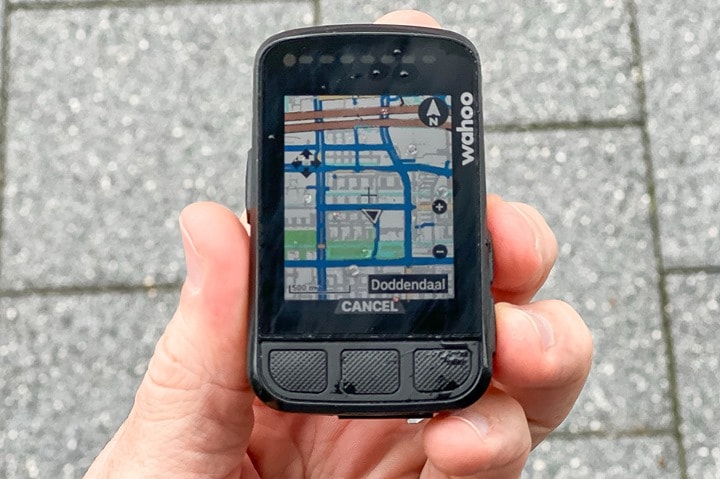 You can see here how I’ve changed my center point to be over a handful of streets/canals, and zoomed out a bit. 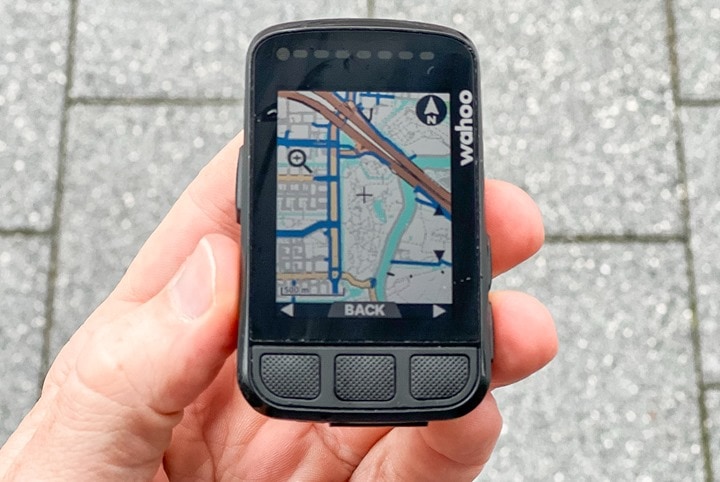 This feature isn’t really about advanced or complex map-watching (you can’t then select the point and route to it). It’s about quickly checking something on a map. For example, zooming out and panning to the side to validate that you’re on the correct side of a river/town, or if you want a gut-check for things. Like most people, I don’t do this a lot, but when I need to do it – it’s handy for a super-quick check. So good to see Wahoo add this in.

Anyway, the feature is live now – simply update your BOLT V2 with the latest firmware and you’re good to go.

Yes, you read that correctly – a Kickstarter for Moxy shorts. As in, the kind of shorts you wear, but to hold their sensor built into the design itself (versus having to wear an additional mounting sleeve/thing). Now technically speaking, this Kickstarter is for six kinds of shorts. Running shorts, cycling bibs, and then general use compression shorts. To which you say, isn’t that three kinds of shorts and not six? Yes…but no. See, each one of those varieties also has both a single-pod and double-pod option. Thus wearing either one sensor or two sensors. 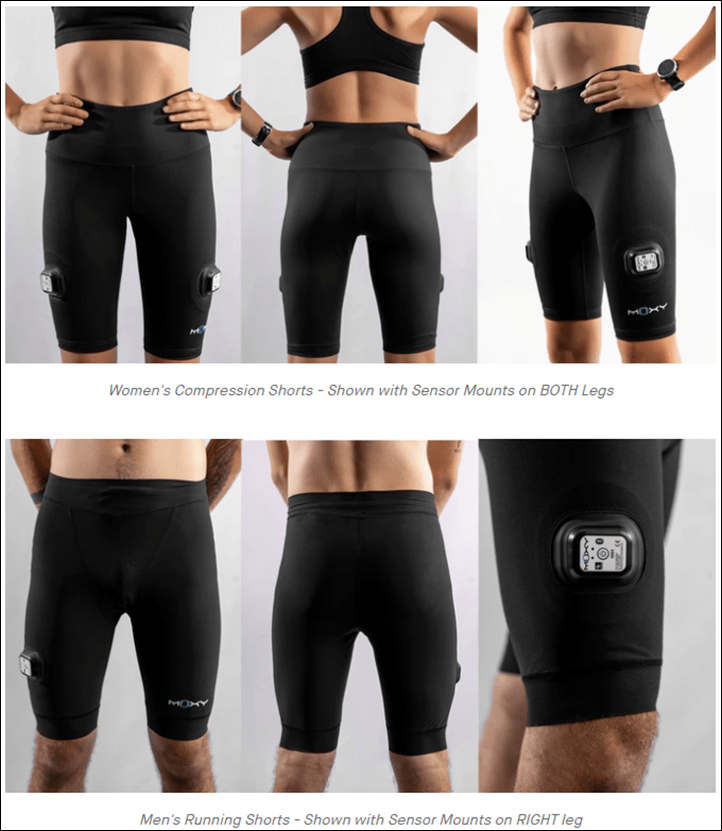 And yes, I know this is niche…mainly because Moxy is already niche. But it’s cool niche, and their sensors are used by a growing number of elite/pro athletes in various circles, as well as plenty of folks not so much at the pointy end of the field.

Oh, and in case you don’t know what Moxy is, basically it’s a muscle oxygen sensor. Garmin, Wahoo, and others support it in their hardware, and Moxy’s been around as long as anyone else. Arguably, sorta made this field into what it is.

Point being, if you’ve got a Moxy sensor lying around, and could never quite nail down the placement/mounting/holding situation – then this might be a solution for you. They’ve already hit their funding goal, with shorts being delivered later this year. Essentially, this is just a preorder. Kickstarter was a simple medium to make that happen. And thus why it’s a tidbit, and not a full post.

Also, side note, they recently had their Moxy Summit, which included some 20 presentations. They made them all available here. 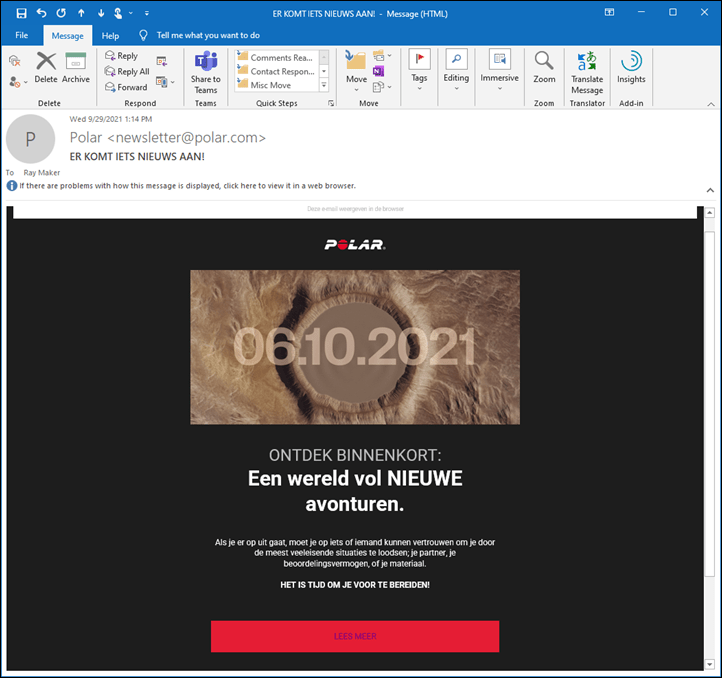 Looking at the above generic Polar Newsletter e-mail I received an hour ago, Polar appears to have something planned for next week. The e-mail is in Dutch…because I live in the Netherlands, and thus that’s what Polar sends my newsletters in. Here’s what Google says it says:

If I click on the link in the e-mail, it takes me to this page – where a countdown timer runs, and then a giant poof occurs, as if something hit the crater. Hopefully this doesn’t imply something is about to crater. 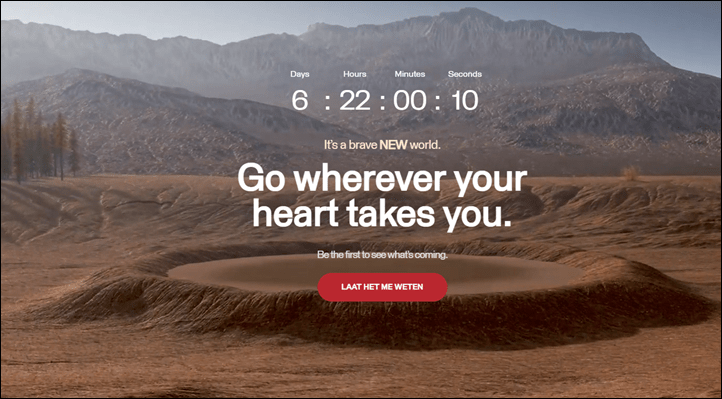 Of course, because I was once an IT professional with extremely advanced IT geekery skills in datacenter design and security systems, I was able to decode the URL that was plainly displayed in the address bar of my interwebs browser, notably the newsletter campaign tag:

Which might or might not be a reference to what’s coming. Obviously, I’ve been out of the IT game for a couple of years, so my deep computer skillz might be getting rusty. If you simply go to Polar’s homepage, you’ll find the same desert-like page, even in your own language, that takes you to the same page, except with just a URL of ‘X’.