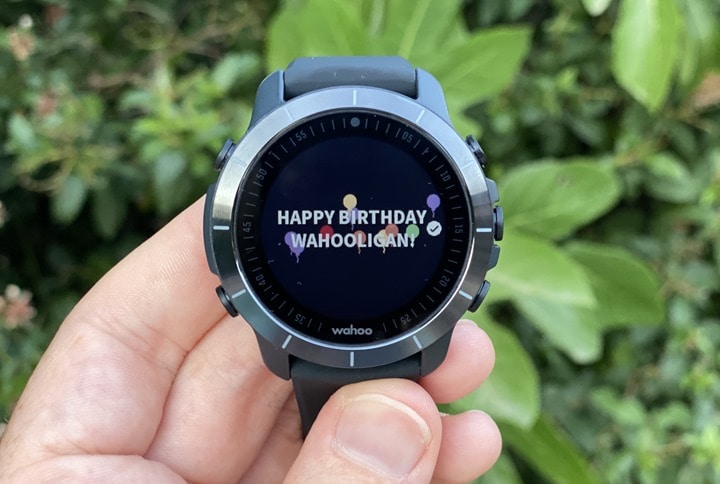 While it’s been quiet the last week on the site, that’s largely because I’ve been on vacation. Or at least, vacation from posting (while on vacation). And while I had grand plans for many pre-planned posts, those never entirely materialized. However, I have been swimming and running a bunch (with cycling to begin tomorrow). And as luck would have it, one of the watches I took for a swim as part of a slate of nearly a dozen watches competing head to head in numerous rounds of an openwater swim bake-off, was the Wahoo RIVAL multisport GPS.

But more importantly, I happened to grab it on my birthday. For which, the device excitedly had a message about. For realz, it wished me happy birthday with a birthday tune. The easiest way to show you this is this quick 36 second YouTube video below. I believe it’s probably the shortest YouTube video I’ve ever uploaded (literally, under a new “YouTube Shorts” section).

(And yes, I know that’s a vertical video, and yes, it annoys me too, but, that’s just the way the YouTube Shorts platform works.)

The way it works is it uses your defined birthday from the Wahoo ELEMNT smartphone app, which in turn of course is how you set your age from various stats. On your birthday, a notification icon will appear in the same manner as a smartphone notification, to which you’ll get curious about and tap to open. And then, voila, birthday song!

Oh – and the best part? It never goes away. The entire day, it’s at the ready, just one button press away for instant birthday gratification.

Sure, some party pooper will invariably say Wahoo should spend dev hours doing something else that’s somehow more important. And perhaps that’s true. But on the flip side, I do appreciate companies having little unexpected surprises like this. Things that I couldn’t possibly think to know about in a review, unless my birthday happened during the review period. The fact that I stumbled upon this at all was pure dumb luck. Companies having a personality is arguably one of the reasons Wahoo has had the success they’ve had over the years.

With that, I return you to whatever post comes next. And I’m gonna keep charging more watches for more swims, trail runs, and rides. You can follow along over on either Strava or Instagram (stories mostly). Here’s a portion of the watches I took with me. 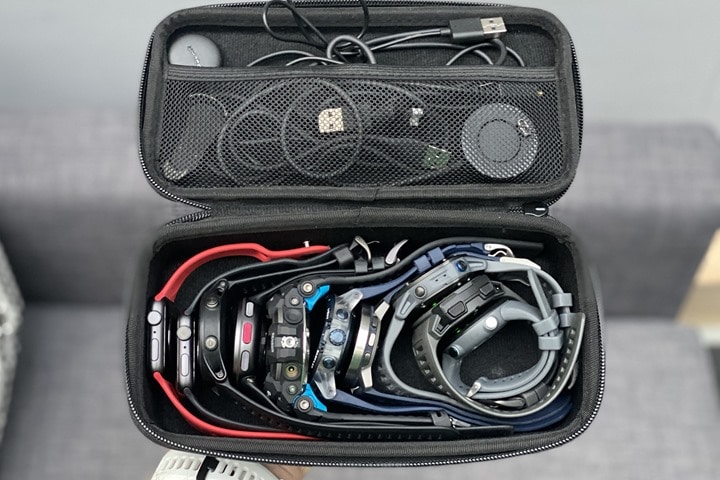 Oh, and since so many people asked about the case when I showed it on Instagram – it’s simply the GoPro Hero 9 case, the one that’s the box the Hero 9 comes in.