Things are heating up! No, not the weather, but finally a bit more normalcy around these parts. And if you know anything about me and July, it tends to be one of the busiest months of the year, though usually not for products (and especially not this year, since Eurobike isn’t in July – but August instead). The first part of this month will instead be mostly ‘leftover’ products, things sitting on the backburner a while. Then we’ll transition to newer products later in the month.

In any event, it was a great weekend. We kicked it off with our 10-year wedding anniversary, followed by our close friends arriving from Paris (the first time we’ve seen them in nearly a year, due to travel restrictions). Their kids are all within a couple weeks of our kids, so it’s a small pack of children running around speaking a unique blend of English, French, and Dutch. It works, and they get along great – keeping themselves busy. 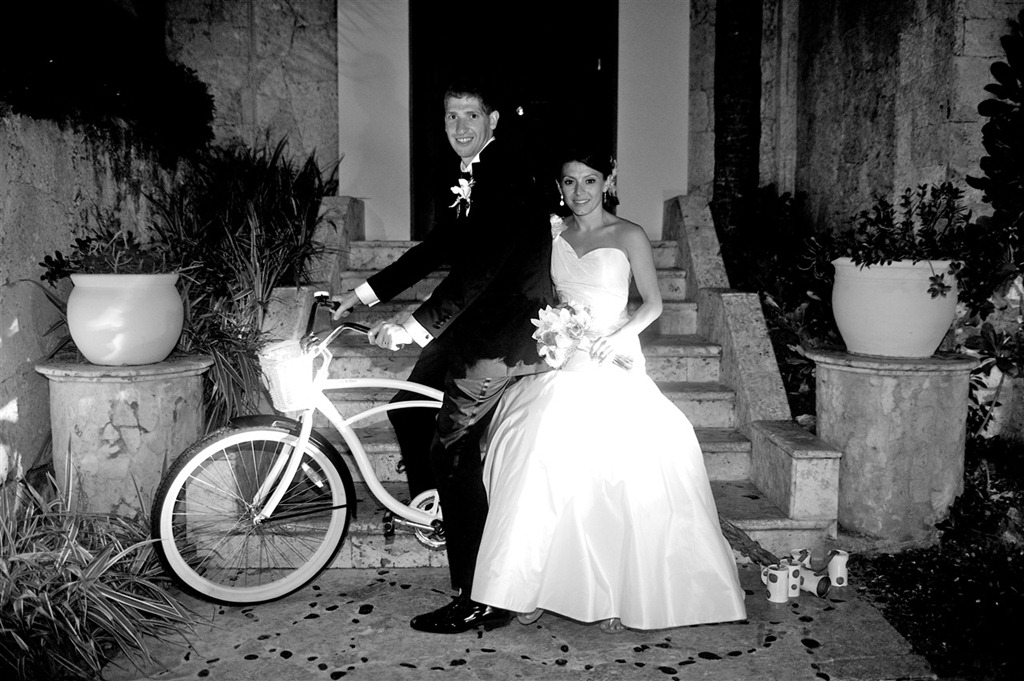 Friday was our 10-year wedding anniversary. Long-time readers might even remember that way back when. In fact, for our wedding I converted a $100 Target bike into a wedding bike of sorts. Basically, it was an excuse to buy another bike. Shh… that story, along with some wedding photos are found here in this older post (as well as links to The Girl’s blog way back when too!).

In any event, fast forward 10 years later and we find ourselves living two countries removed from where we started (first moving to France, and now to the Netherlands), and with three little Peanuts running around (and one dog). It’s been an awesome ride, and we continue to have new adventures all the time.

Now, according to various interweb articles, for your 10th anniversary you’re supposed to give your spouse something made of tin or aluminum. While I contemplated buying The Girl a pack of Heineken, I didn’t think that’d go over well. Inversely, she apparently figured the same. So she surprised me with a custom artwork of all of us: 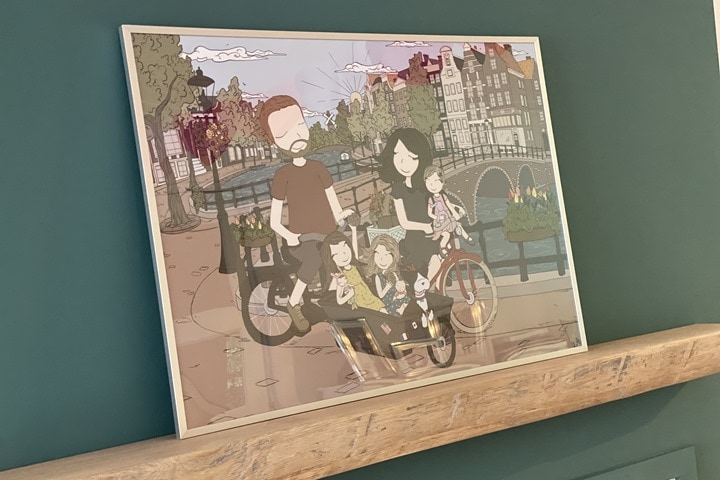 It was done by a friend of hers in Newfoundland, and has tons of little nuanced details – some things readers here might pick up on. And then plenty others only ourselves or the kids might notice. Apparently me wearing watches was vetoed. 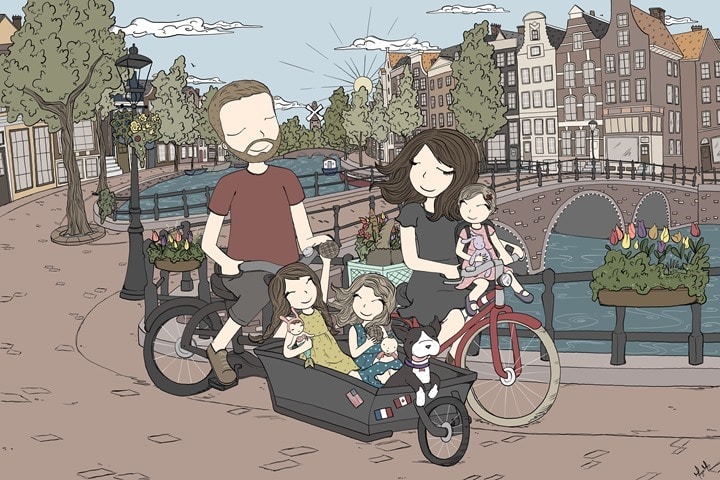 Meanwhile, as a surprise for her, I put together a book of photos, with each page being a single month from the last 10 years. Thus, that entire page is only photos from that month (e.g. July 2014). Though, since the maximum amount of pages for the book was 110, I had to combine a few ‘boring’ months in some years to make it work (which, tended to be in the March-April timeframe). 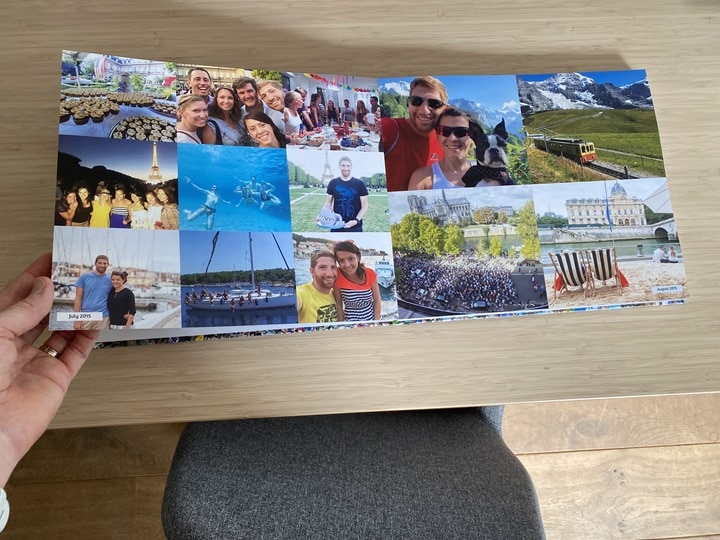 The book is a beast! But, it’s pretty cool (if I think so myself). 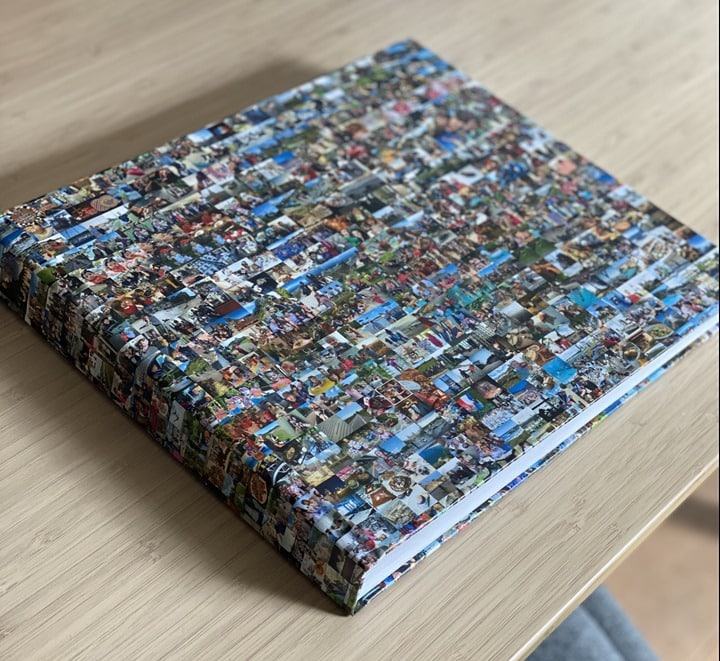 In any event, later that evening with some close friends, we celebrated – including (cheap) Prosecco pong. Because Champagne pong is far too expensive to play. 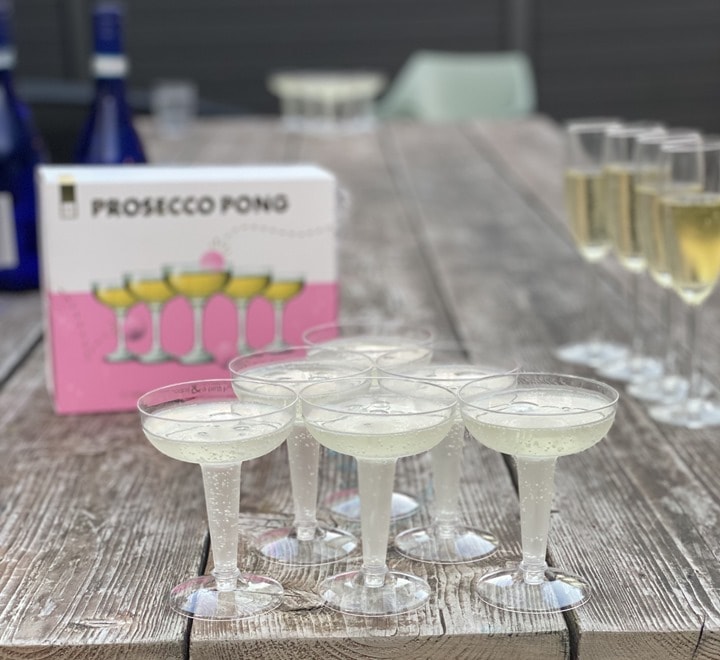 The next morning was slow moving. 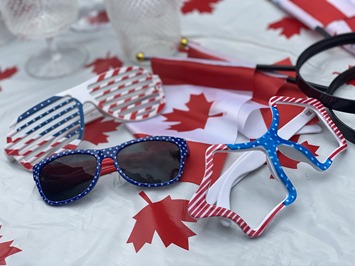 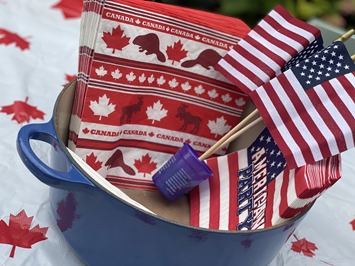 Next, Saturday we had Can-America day. That’s our annual (except last year, and a more subdued version this year) party celebrating the blend of Canada Day & Independence Day, blended with a side-dish of our wedding anniversary and one of The Peanut’s birthdays tossed in. Canada Day is July 1st, and the (US) Independence Day is July 4th. So we split the difference.

Though, I don’t have many pictures of that, I was too busy eating The Girl’s buffalo chicken dip. So, here’s one picture of me and P2: 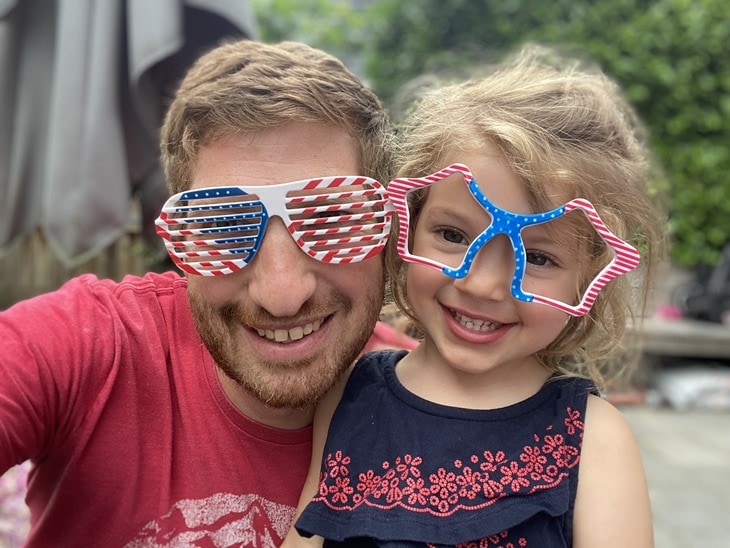 Hopefully next year things will be back to normal! 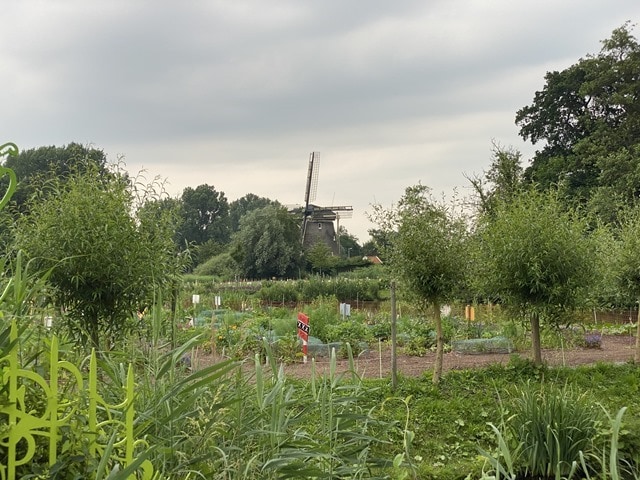 I had planned to run considerably longer, also, with a trainer ride or so tossed in too. But, those plans mostly went out the window following late-night liquid consumption two days prior, which may or may not have spilled into Can-America Day. Point being, chasing around nearly half a dozen small children was exercise enough, something no long-run could possibly compete with*.

Still, my friend and I made a go for it on Saturday afternoon before the England game, for a quick down and back to the windmill, a simple 5K. As noted, given everything, it was a notable little notch in the weekend. Regular workouts would resume Monday-ish morning.

With that – thanks for reading! Happy Canada Day to Canadians, Happy 4th of July to Americans, and happy anything else to anyone else left that had something happy to be happy about. 🙂