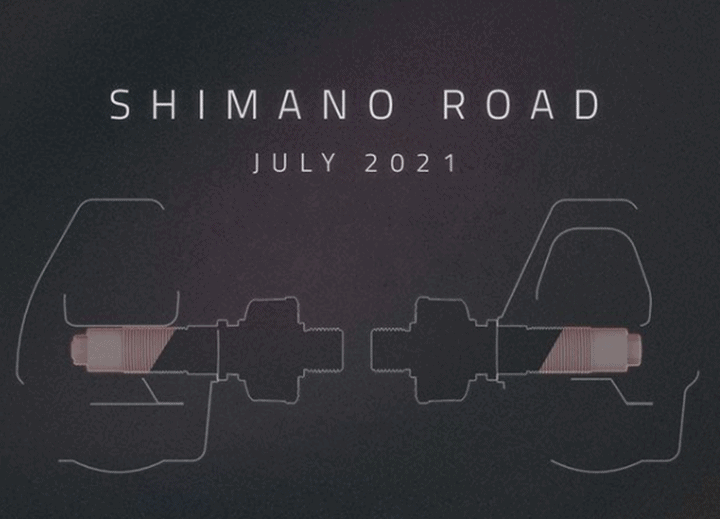 This is a quick post. Namely, because, only a single image has been posted. But Favero shared on their Instagram account that come next month (July, for those calendar-challenged), they’ve got something in store for Shimano road users (that’d generally be considered SPD-SL).

The above image appears to show not only the outline of a Favero Assioma-style pedal (complete with pods), but also the slightly different outline of an SPD-SL pedal body. However, more importantly, the company clearly highlights the spindle as part of this. Certainly people have done spindle conversions in the past for other pedal types, including the more gravel/mountain-focused Shimano SPD. But that was never officially supported.

One has to believe if Favero went to the trouble of whipping up a graphic intending to support the internal spindles semi-transparently, that they did so for a reason. Or, perhaps the graphic team was just bored. Who knows. I mean, obviously someone knows.

Now, there’s many, many outstanding questions to be had, so many that I couldn’t possibly fit them all:

A) When exactly in July?
B) Is it backwards compatible to existing spindles as a conversion kit (e.g. existing LOOK Keo-ish pedals could be swapped to Shimano SPD-SL)?
C) Are there any other changes to the pods/platform/system?
D) Will you buy a completed system, or, have to part things together?
E) What will it cost?
F) What will availability be like (historically, Favero has had pretty limited manufacturing capacity relative to demand)?
G) What’s the Q-factor look like?
H) What’s accuracy look like (if changed)?
I) I think that’s it for now.

Now, Shimano has actually seemingly answered one question, or confirmed something – which is that it’ll be SPD-SL. Which, would seem obvious, but hey, sometimes Captain Obvious gets drunk on Italian Prosecco on a warm June afternoon and so confirmation is important. Anyway, in a question from four days ago, someone asked specifically about SPD-SL on a different Instagram post, and sure enough, they said “Watch this space a bit longer” (followed by not just one, but three fire emoji):

And thus, we watched it a bit longer, and we got this new post: 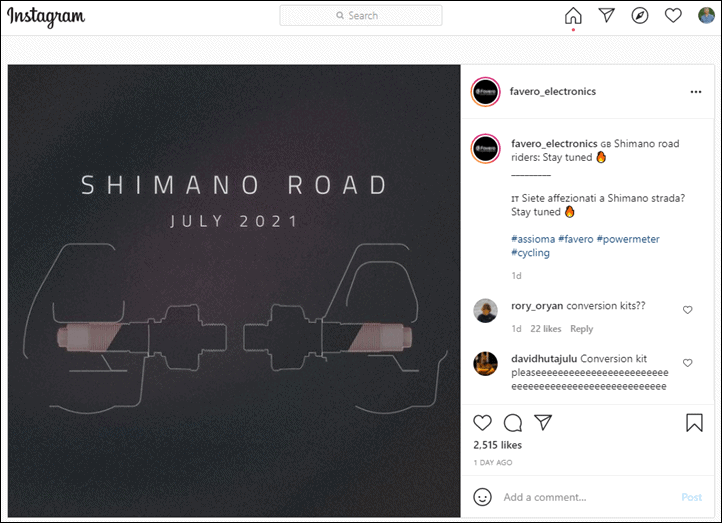 Obviously, Favero is looking to expand beyond just the existing Look-KEO(-ish) compatibility of their current and wildly popular Assioma pedals (and bePRO pedals before that). With Garmin offering a triple pedal platform offering in Rally (SPD, SPD-SL, Look-KEO), Favero wouldn’t be the first. But, as they proved with Assioma, first doesn’t always matter. Accuracy and price tends to instead.

The Favero Assioma have generally been found very accurate, and just as important – very well priced (arguably, from a business perspective, substantially lower than they should be). I often use them in my testing rotation alongside both Garmin Rally & PowerTap P1/P2 pedals. They’ve also done a great job at providing a number of solid feature firmware updates over the past few years too.

And with that, that’s all I have to say for now. Though, in the words of Favero: “Stay tuned [fire emoji]”!