Google Completes Acquisition of Fitbit: Analysis of What It Means 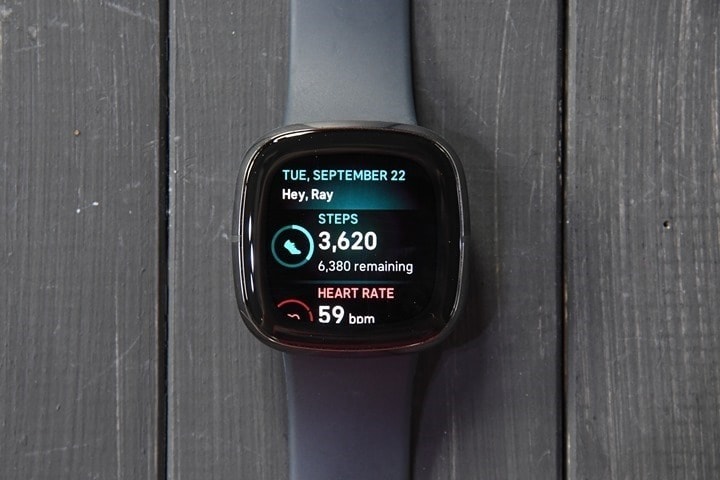 More than a year after Google first announced their planned acquisition of Fitbit, it’s finally complete. Or at least, complete from the legal standpoint. The real work actually begins now, of figuring out how to integrate the two companies and pulling off that feat.

To get to that point though, Google had to appease regulators around the world with respect to privacy concerns about how the search and data optimization giant will treat Fitbit users’ personal health data. Data that creeps closer and closer towards the definition of medical data, as the company rolls out medically approved features like SpO2 tracking. Ultimately, Fitbit would agree to not using Fitbit health data for Google ads. 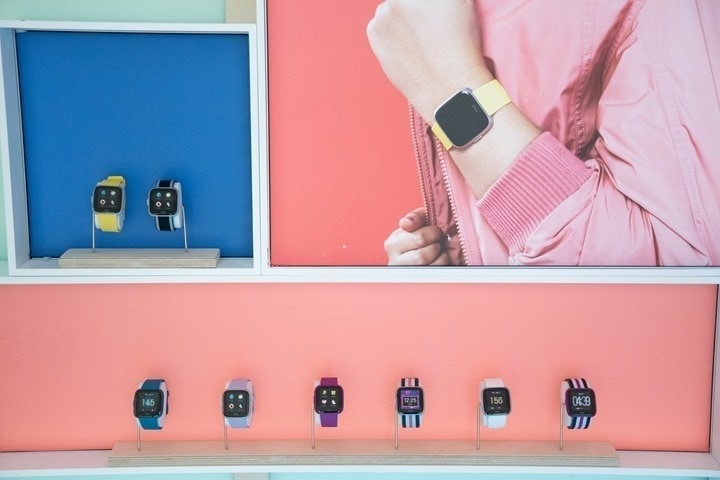 Fitbit’s CEO James Park published an open letter to users today upon announcement, which isn’t super detailed with what comes next, but I’ll include it first, before we talk about the letter you probably care about. This letter mostly talks to the privacy aspects:

“I’m writing today to let you know that Fitbit is now officially part of Google. It’s an incredibly exciting moment for us as a company and for our Fitbit community of users around the globe.

When Eric and I founded Fitbit 13 years ago, we did so with a simple, but bold idea: to make everyone in the world healthier. Since shipping the original Fitbit tracker in 2009 to now having sold more than 120 million devices in over 100 countries, this mission has never wavered. Instead, millions of you joined that mission, and made Fitbit a movement that transformed lives. In some cases, we heard from our users that we even helped save lives. Together, we’ve taken 275 trillion steps and logged over 15 billion hours of sleep.

This is just the beginning because becoming part of the Google family means we can do even more to inspire and motivate you on your journey to better health. We’ll be able to innovate faster, provide more choices, and make even better products to support your health and wellness needs. On our own, we pushed the bounds of what was possible from the wrist, pioneering step, heart rate, sleep and stress tracking. With access to Google’s incredible resources, knowledge and global platform, the possibilities are truly limitless.

I have no doubt that this acquisition will create so many opportunities. But I also want you to know that many of the things you know and love about Fitbit will remain the same. We’ll stay committed to doing what’s right, to putting your health and wellness at the center of everything we do and to offering a no-one-size-fits-all approach with choices that work across both Android and iOS.

The trust of our users will continue to be paramount, and we will maintain strong data privacy and security protections, giving you control of your data and staying transparent about what we collect and why. Google will continue to protect Fitbit users’ privacy and has made a series of binding commitments with global regulators, confirming that Fitbit users’ health and wellness data won’t be used for Google ads and this data will be kept separate from other Google ad data. Google also affirmed it will continue to allow Fitbit users to choose to connect to third party services. That means you’ll still be able to connect your favorite health and wellness apps to your Fitbit account. These and other commitments by Google reinforce why Google is an ideal partner for Fitbit who will continue to put our users first and help further our mission to make everyone in the world healthier.

Thank you for letting us be part of your lives and your health journey.

The few sentences that matter most here and have real-world implications and meaning, are these ones:

“Google will continue to protect Fitbit users’ privacy and has made a series of binding commitments with global regulators, confirming that Fitbit users’ health and wellness data won’t be used for Google ads and this data will be kept separate from other Google ad data. Google also affirmed it will continue to allow Fitbit users to choose to connect to third party services. That means you’ll still be able to connect your favorite health and wellness apps to your Fitbit account.”

I’ve added the bolding above. So in short:

– Fitbit user’s health and wellness data won’t be used for Google ads (though, it mentions nothing about non-fitness data)
– This data will be kept separate from other Google ad data
– Fitbit will continue to allow 3rd party services (such as MapMyFitness/Peloton/etc…)

However, it’s the letter from Rick Osterloh, Google’s Senior Vice President of Devices and Services, where you’re gonna find the details about the future of Fitbit devices. First, here’s that letter in full:

“For more than a decade, Fitbit has helped people around the world live healthier, more active lives. A clear pioneer in the industry, Fitbit built a vibrant community of more than 29 million active users by creating amazing wearable devices and immersive wellness experiences. Today, I’m excited to announce that Google has completed its acquisition of Fitbit and I want to personally welcome this talented team to Google.

Fitbit’s latest and most advanced health and fitness smartwatch, Fitbit Sense, features stress management tools and new ways to manage your heart health, including an ECG app to assess heart rhythm for signs of atrial fibrillation (AFib). And with its latest tracker, Inspire 2, Fitbit brought an enhanced design and features, including Active Zone Minutes, to its most accessible device. Fitbit added a new Health Metrics dashboard in the Fitbit app which lets you track and see changes in heart rate variability, breathing rate and oxygen saturation. These newest devices and services help you better manage your health and wellness, and when combined with Fitbit Premium’s personalized insights, content and actionable guidance, you have everything you need to reach your goals.

Technology can change the way people manage their health and wellness, and that’s especially important these days. We’ll work closely to create new devices and services that help you enhance your knowledge, success, health and happiness. Your privacy and security are paramount to achieving this and we are committed to protecting your health information and putting you in control of your data.

This deal has always been about devices, not data, and we’ve been clear since the beginning that we will protect Fitbit users’ privacy. We worked with global regulators on an approach which safeguards consumers’ privacy expectations, including a series of binding commitments that confirm Fitbit users’ health and wellness data won’t be used for Google ads and this data will be separated from other Google ads data. We’ll also maintain access to Android APIs that enable devices like fitness trackers and smart watches to interoperate with Android smartphones, and we’ll continue to allow Fitbit users to choose to connect to third-party services so you’ll still be able to sync your favorite health and fitness apps to your Fitbit account. These commitments will be implemented globally so that all consumers can benefit from them. We’ll also continue to work with regulators around the world so that they can be assured that we are living up to these commitments.

Together, we can make health and wellness more accessible to more people. We’re confident the combination of Fitbit’s leading technology, product expertise and health and wellness innovation with the best of Google’s AI, software and hardware will drive more competition in wearables and make the next generation of devices better and more affordable. For more on what this partnership means for Fitbit and its community of millions of users, please read Fitbit CEO James Park’s letter to customers.

Again, he re-iterates some of the privacy aspects that Fitbit’s CEO outlined, but then there’s some device-specific aspects here, specifically these sentences:

“We’ll also maintain access to Android APIs that enable devices like fitness trackers and smart watches to interoperate with Android smartphones, and we’ll continue to allow Fitbit users to choose to connect to third-party services so you’ll still be able to sync your favorite health and fitness apps to your Fitbit account.”

And more specifically, it’s that first sentence that matters (the second sentence is just a re-word of what Fitbit’s CEO said). Here they’re basically assuaging concerns that Google and Android specifically will lock down health data such that only Fitbit devices work or that Android somehow locks down the watch side so that 3rd party watches (such as those from Garmin, Samsung, etc…), potentially locking them out. This basically says they won’t do that.

To be honest, I don’t think that was really much of a viable concern. Interoperability has been Android’s bread and butter since day 1, and it’s a core area that Android does a better job of the entire smartwatch ecosystem than Apple. For example, on iOS, 3rd party watches can’t send text messages (just receive them). Nor do they have the same level of access for numerous other system functions. Apple says this is for security purposes, but realistically we know it’s not. It’s because Apple Watch allows it, and the seamless integration of Apple Watch and iOS becomes a core bidirectional selling point. 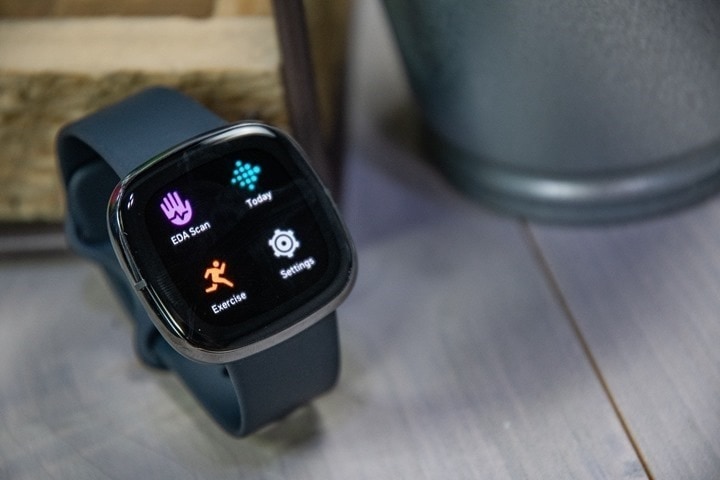 Now as I noted in the intro – now comes the tough part, merging these two companies and their underlying products together. Fitbit basically has two lines of products to sort through:

I think this is all pretty straightforward, and is basically just what I outlined a year ago. The answer for the smartwatch side is undoubtedly ‘Wear OS’, and to an extent, Google says that as well. Their SVP of Devices and Services, Rick Osterloh, noted that nearly 14 months ago at the announcement, saying this “an opportunity to invest even more in Wear OS as well as introduce Made by Google wearable devices into the market.”

But the challenge with that broad-brush statement is somewhat twofold:

Not to mention that Wear OS still has relatively little uptick in apps (just like Fitbit does). Sure, the app stores are full of apps, but very few that you’ll actually use beyond a cursory one or two time glance.

Still, there’s no question that Fitbit’s smartwatch OS is going away. It’s just not viable long-term, and Fitbit has made zero attempts in the last 14 months to even hint that it may stay on. Any questions around it went unanswered, and in turn we saw developers simply not develop for it. I mean, what developer would spend time on a platform that at least appeared to dead-end?

But I don’t think that’s a bad thing. Ultimately, Wear OS is a strong OS in terms of functionality, integration, and 3rd party support. Of course, it’s still a battery dumpster fire, but there’s no better way to make headway on that than Fitbit’s longer battery life requirements. Fitbit’s a platform that very consistently delivers on 4-5 day battery life claims for its smartwatches. Not to mention the ever-promise of improved Wear OS hardware with respect to battery life, though that’s heavily dependent on chipset makers that have routinely oversold long term promises. Still, if Google decides to take a page from Apple’s book and start developing their own hardware underpinnings more deeply, that could resolve that. 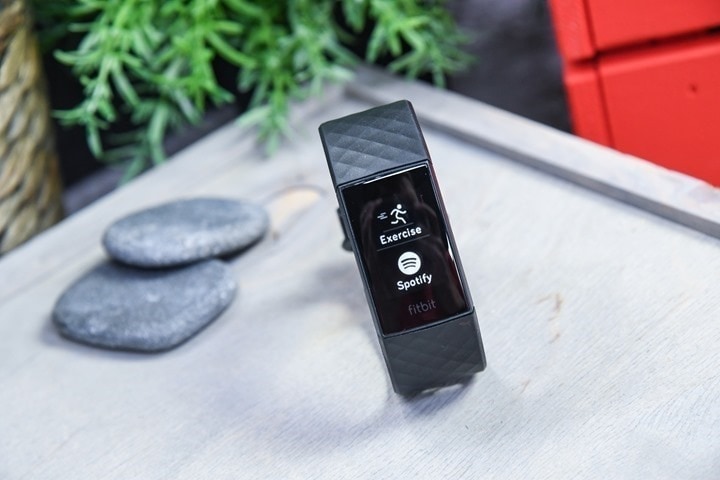 In any case, I suspect we’ll see products this fall, at the typical Fitbit release timeframe. That’d be about the fastest the company could spit out a Wear OS based product, assuming they were already laying the groundwork for it. Which, I suspect they have been (operating as if they were just any other company wanting to make a Wear OS device, per typical legal requirements around acquisitions before close).

Fitbit typically releases products in the April and September timeframes, so it remains to be seen if they end up pulling something together for a spring release as well. But, I’ll certainly be watching.