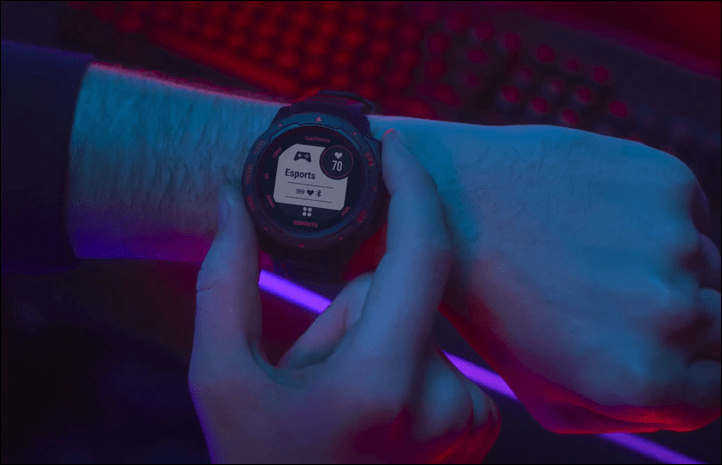 File this one under ‘Things you didn’t have on your 2020 Bingo Card’, Garmin has launched a new version of the Instinct lineup focused on esports, which will transmit via Bluetooth Smart live your heart rate, stress, and Body Battery metrics (three common metrics on Garmin wearables). Those three live data feeds can then be picked up by a new piece of Garmin software on your PC called STR3AMUP!, which in turn can be used by Streaming apps like OBS or XSplit to be overlaid atop your existing stream. While it might sound complex, from an esports streaming standpoint – it’s all fairly straightforward.

At its core, this is simply a Garmin Instinct watch with an extra sports activity profile. One that in theory Garmin could probably easily port to other watches, just as they ported the Virtual Running activity profile to numerous watches since launching that earlier this year. Whether or not they do that remains to be seen.

The new Esports edition costs $299, essentially the same official retail price of a non-Solar Instinct watch. Though, the non-Solar Instinct versions have mostly been floating between $199 and $249 for the last year. So we’ll have to see if the Instinct Esports variants end up the same.

In any case, let’s just run through some quick tech spec basics, and then a look at the new streaming software.

As noted earlier, the Instinct Esports edition is simply an existing Garmin Instinct watch with an extra sport profile. But more specifically it’s a first gen Instinct watch rather than the Solar edition. Sure, the Solar editions have…well…solar, but they also have an updated heart rate sensor package that includes PulseOx (SpO2 readings) as well as underwater heart rate measurements. This has neither, thus, it’s a first gen unit. Which is fine, for the most part there’s minimal differences otherwise aside from some power management related aspects (and thus, battery life tweaks).

In any case, the core specs here are:

For regular readers of this site, you’ll notice it’s all the usual stuff found on any other Garmin Instinct, except the new Esports mode and nifty icon. There is no music storage on the watch, so you’ll need to play that back from your phone or computer like normal. And again the newish Solar version (that this isn’t) has different internals, notably different GPS (Sony instead of MediaTek), added PulseOx sensor along with new optical HR sensor package, different battery drain profiles (and far longer battery life), plus of course the solar panels.

What’s mildly of interest to readers here is that you may have noticed last week Garmin added Bluetooth heart rate broadcasting to the original Instinct via firmware update,  which layers atop the ANT+ broadcasting that already existed. That semi-quietly set the stage for what Garmin did here in terms of Bluetooth broadcasting of other metrics using their new streaming focused software (it doesn’t stream itself, but supports streaming software). Here, let me explain. 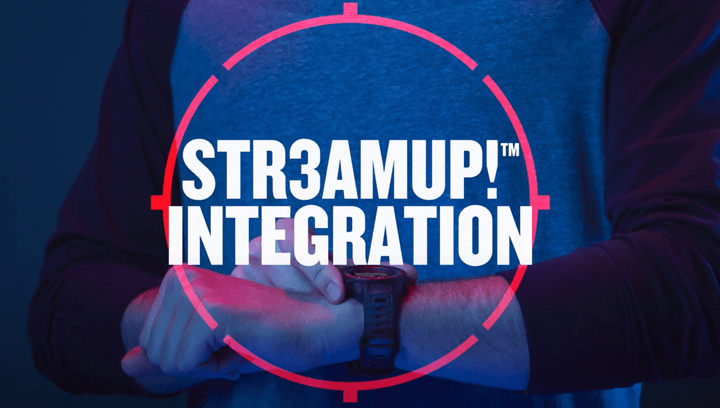 There’s officially never been a piece of software that’s tried harder to sound like it wasn’t made in Kansas, than STR3AMUP! – and yes, the “!” is actually part of the name. Clearly, STR3AMUP! is just a play on the word StreamUp, albeit spelled as if you smashed your keyboard in anger repeatedly trying to spell it correctly. It’s horrific to type, or even try and remember.

And sure – perhaps I’m not the core target audience for spelling in leet, but, I also can’t think of any popular streaming tools or apps that spell things like a 12-year-old. Which 12-year-old’s are buying a $299 smartwatch that looks like a Casio? I mean, just asking for clarity. To be clear, the vast majority of streamers are not 12 years old, and also have real money to spend on things.

In any case, my issue with having to correctly type STR3AMUP! aside, here’s how it should work. I say should, as I don’t quite have a unit yet. But essentially, you first install the STR3AMUP! app. At which point it’ll start scanning via Bluetooth for the Garmin Instinct Esports edition watch. 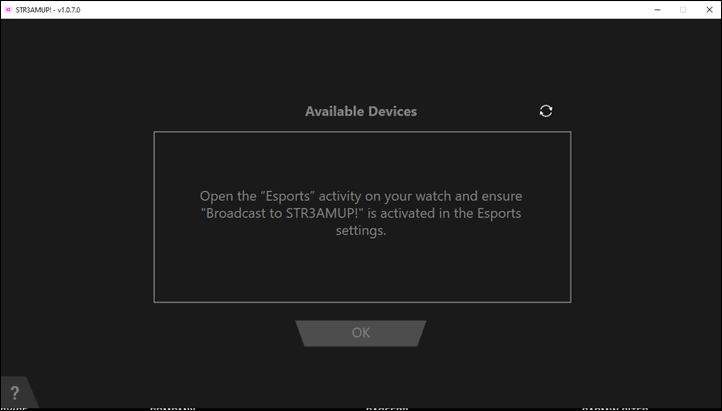 You’ll notice though it says it needs to be in the Esports activity mode, which is simply another activity mode akin to Running or Cycling, but more similar to the Virtual Run profile where it does ancillary Bluetooth broadcasting of data. In this case, it’s broadcasting those metrics for the app to receive. 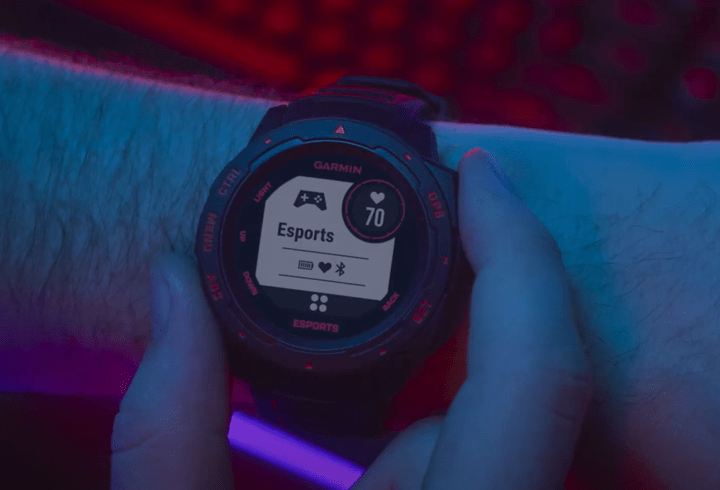 Once paired with your computer it’ll transit three core metrics over Bluetooth Smart:

Heart rate is pretty straightforward, and will by default leverage the optical HR sensor within the watch. This is essentially the same thing that Garmin does for the other Virtual Run activity profile.

Whereas Stress & Body Battery are calculated metrics, based on FirstBeat algorithms. Garmin has been using both those metrics for years, and I find that for the most part they tend to do a good job of being in the ballpark. The stress metric will change fairly quickly in response to situations. You can see for example my stress levels here on a few different random days/points throughout the day.

Generally speaking though, Garmin is unable to measure stress using the optical HR sensor in high-intensity moving activities (like running). So the fact that they’re doing it here is likely a testament to the fact that you’re going…nowhere. There’s less motion artifacts to deal with in terms of pounding the surface with running, or vibrations with cycling.

Next, here’s Body Battery. To use the most apt comparison possible, this is basically the Street Fighter style power level of your body. It goes up when you sleep (or, relax enough), and goes down as you do more activities. The more intense the activity, the faster it depletes. Here’s an example over a few random days for me and Body Battery:

I find that for the most part, after a week or two of stabilization, Body Battery tends to work fairly well in terms of matching my perceived energy state. Where I see it fall off that boat a bit, is when I’m at the extreme lower levels and it’s basically like ‘Look, you needed sleep two days ago, I’m giving up on you now’. Still, it actually might be a fascinating metric from a gamer standpoint to see how it compares to skill/agility levels through a longer stream (which as a starting point would be 3-5 hours, but longer streams are quite common).

In any case, you can see these metrics down below overlaid atop a game: 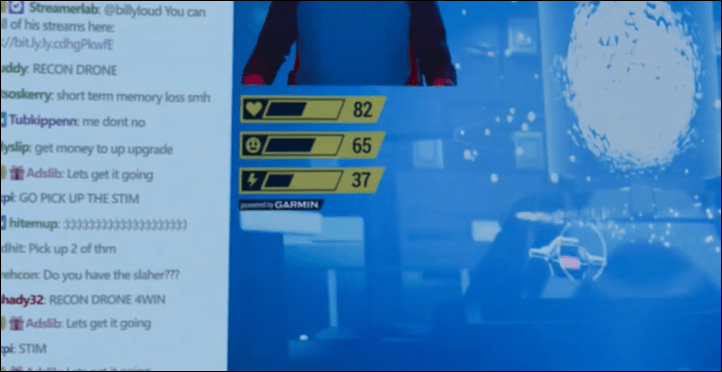 This presentation of course looks a heck of a lot like it uses fundamentals from the seemingly now abandoned Garmin VIRB Action Camera software, VIRB Edit. Over time that app become by FAR the most powerful app out there for overlaying data from sensors onto video files, including 360 videos once Garmin launched that camera too.

The new STR3AMUP! app itself also looks a heck of a lot like VIRB Edit from a styling standpoint. Once you’ve got a watch paired up to the app, you’ll see the stats available, and the ability to define the thresholds. You can customize some elements of it, including styling and coloring, and then save the overlay. 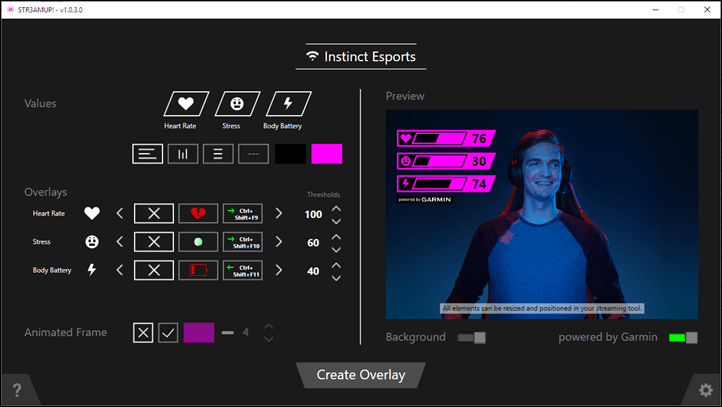 From there the STR3AMUP! software creates a window that would be pulled in via OBS/Streamlabs/XSplit using the window capture option.

You’d simply choose to chroma key out the background, and then overlay it on whatever you wanted using the formatting you determined. Here’s another screenshot of that: 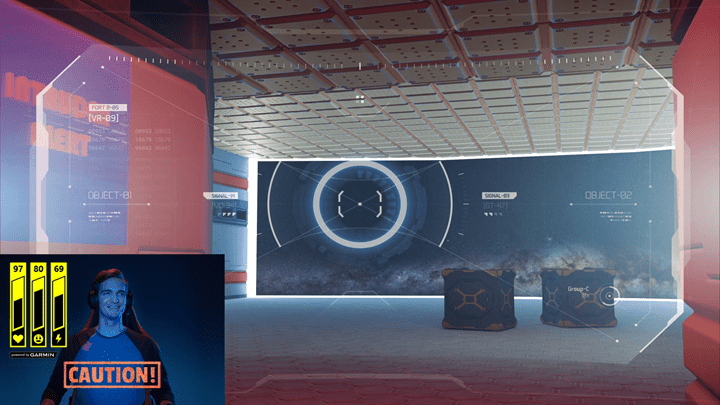 Everything at that point is pretty much just standard streaming stuff. While there isn’t a Mac version at this point, I suspect that won’t be a stopper for…well..many people. The vast majority of streamers use PC’s, so it’s logical to start there. I suppose if there’s interest in this product line Garmin could expand it (STR3AMUP!) to support Mac as well.

And of course, for all the normal watch functions you can use Garmin Express on a Mac (and PC), or use Garmin Connect Mobile on iOS or Android. 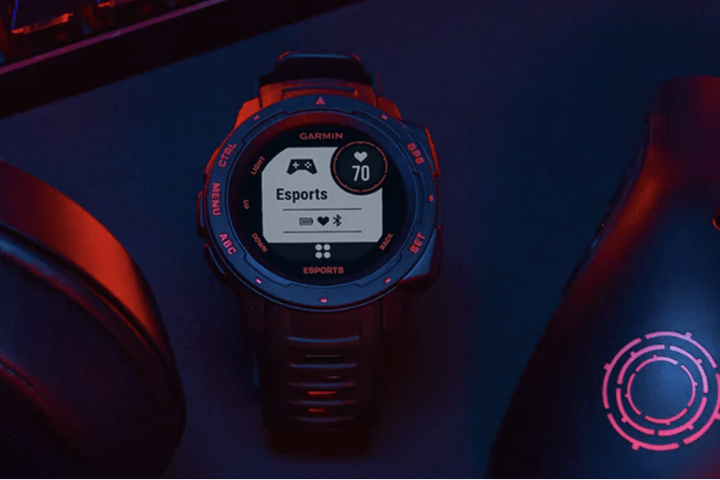 In some ways, we should have seen this coming. After all, turns out Garmin actually wrote a blog post this past summer about it – even specifying the exact metrics they found most useful in esports. Which, are the exact same metrics you can now stream (except sleep, because…well…that’d be pretty boring).

Now, whether or not this has any uptick – I don’t know. Probably though.

If there’s one thing I’ve learned about the Garmin Instinct watch is that it’s way more popular than I’d ever have expected. My original YouTube video about it is closing in on a million views. Related: I froze my ass off shooting that video. And a herd of elk walked across the street nearby.

The other thing I learned in the two years since then? The main buyer for Instinct isn’t a hardcore athlete. Or even a software athlete. They’re someone that wants a watch that looks like a Casio but isn’t, and can do sporty things if they feel like it. And lasts more than a day battery-wise. Also, that it’s reasonably priced.

If there’s anything that Garmin is the master of, it’s re-using hardware across product divisions. A piece of Garmin Fenix watch hardware becomes a Delta series watch for aviation, and a Tactix series watch for military, and a Quatix series watch for boating, and so on. They do the same with Forerunners for golf. And even a Forerunner 35 watch becomes an Approach S10 watch…but then gets a new shell and becomes a G10 handheld golfing unit. Garmin is the king of re-using hardware with cosmetic tweaks to appeal to a different audience, they’ve been doing it for a decade now.

And the same is true of software. The new Esports mode is simply a tweak to the Virtual Run mode. And the STR3AMUP! at least visually (if not under the covers), seems to lean on past work Garmin has done with VIRB Edit.

So the cost to Garmin of spinning off an Instinct variant with just slight differences is super minimal, and worth a flyer. If it fails, the cost is negligible, but if succeeds it might pull in people to the Garmin brand that otherwise not bother.

Of course – some people won’t want an Instinct style watch. Which is why I’d love to see this profile available on other units. For example, why can’t a Fenix 6 or even MARQ series watch have this profile available? Just another sport profile like any other. Garmin says at this point the STR3AMUP! software doesn’t work with any non-esports sport versions. But I’m waiting for clarity on whether or not we’ll see that profile expand anywhere else. I’d hope so, since that’s an area that tends to frustrate Garmin consumers, when the company releases new features to watches that cost a fraction of higher-end watches.

In any event, once I get one in hand, I’ll toy with it a bit more from the streaming side, which will probably end up on YouTube more than here. Or, my super-secret Twitch channel. So, if you haven’t subscribed to my YouTube channel, swing over to that.

Till then, thanks for reading!

Note: You can now order the Garmin Instinct ESports Edition from Amazon, for just about immediately delivery. Plus, it helps support the site!