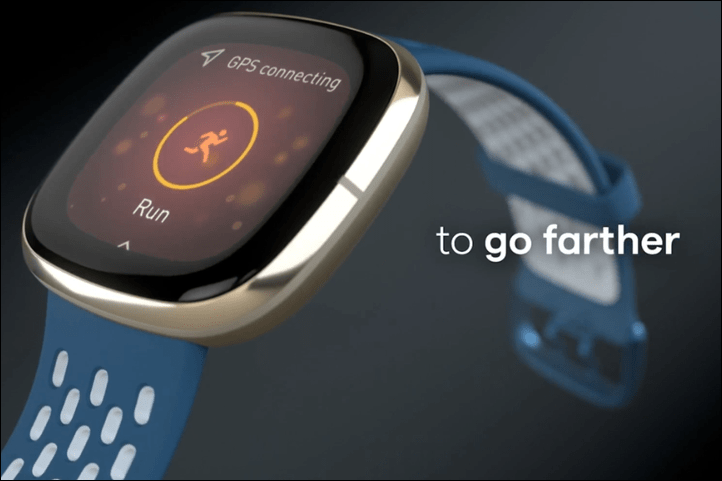 When the winds of change bring you a pandemic, you respond with the most health and almost-but-not-medical focused Fitbit you’ve ever seen. Which is essentially the gist of today’s sweeping pile of new feature and hardware announcements. In a virtual presentation and interactive site to/for media that’s worthy of its own post, Fitbit announced three new products with a dizzying array of new features. Almost every feature is focused on health and metrics that could be used to keep you healthy. Which is notably different than trying to keep you fit.

While Google announced their intent to acquire Fitbit a little under a year ago, that hasn’t happened yet – with the two companies still pending regulatory approval (and it doesn’t look like that’s going to finish anytime soon). As such, rather than major changes we would have expected like going to Google’s Wear OS for their premier watch, they’ve stayed the course with Fitbit OS. However, the new Fitbit Sense smartwatch isn’t your father’s Fitbit, at least in terms of pricing. This clocks in at $329USD – the most pricey Fitbit ever made.

Even the also-announced Versa 3 seems to rise in price, up to $229 – albeit, by including more baseline features. Only the new Inspire 2 stays the course, keeping the same $99 price point the previous Inspire HR was launched at.

Now, I’ve got units slated to arrive likely next week – so till then this is a bit of a placeholder on what’s new. Stay tuned for full in-depth reviews intertwined into the crazy fall wearables season. For this post though, I’m going to focus on the Fitbit Sense. 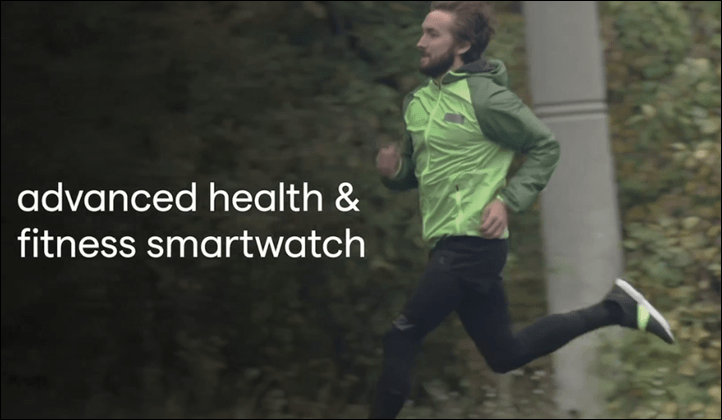 The Fitbit Sense is literally the most correctly named wearable ever. Almost every new feature the company added this year is about sensing data or some metric, and ideally making sense of that data (which, in some cases will require a Fitbit Premium subscription). Here’s the quick run-down of what’s new compared to previous Fitbit smartwatches (this technically would be above the Ionic, but it’s probably more akin to a super-high-end Versa series):

Plus, things that were on recent Fitbit units are also here as well:

As for battery life, the company claims 6 days of battery life with the non-always on screen setting selected. And, before we dive too far, here’s the full pricing list for the Fitbit lineup this year (units will start shipping later in September): 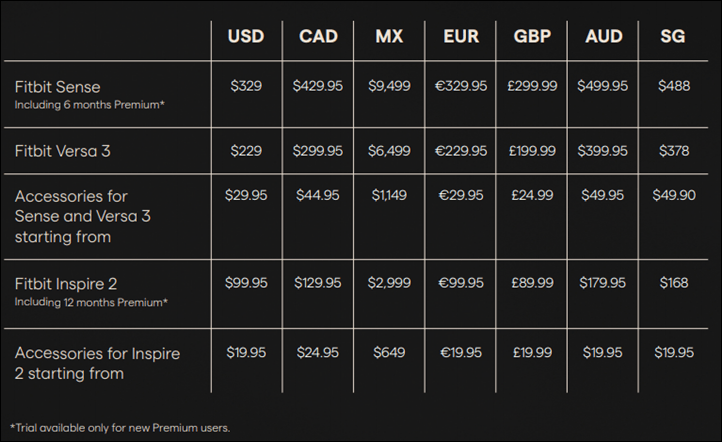 Ok, let’s dive through some of the features quickly. The most visible change from the outside is the new optical heart rate sensor, called PurePulse 2.0 – which Fitbit says is their most accurate to date. Over the past few years Fitbit has steadily improved the algorithms behind the sensor, and I typically find it does fairly well. However I also usually find that when companies dramatically change optical HR packages, there tends to be a small period of stabilization for a few months where it’s often worse than before. I’m interested in seeing if that’s the case here as well. 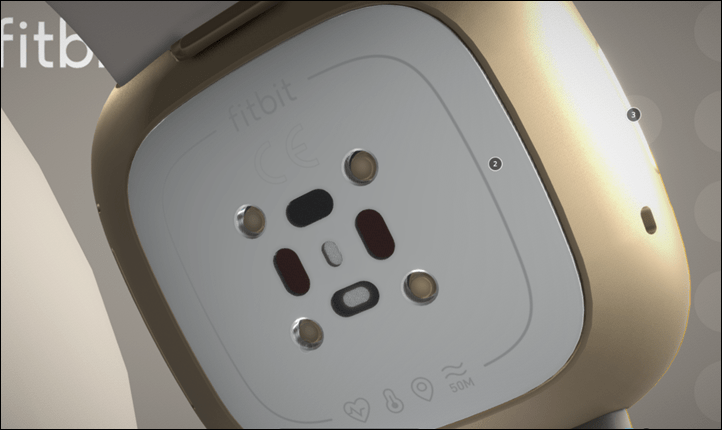 Most of the changes we see are driven from either that new sensor package on the back, or other pieces internal to it, which Fitbit brands the Biosensor Core. Everything always sounds cooler with ‘Bio’ and ‘Core’ in there somewhere. 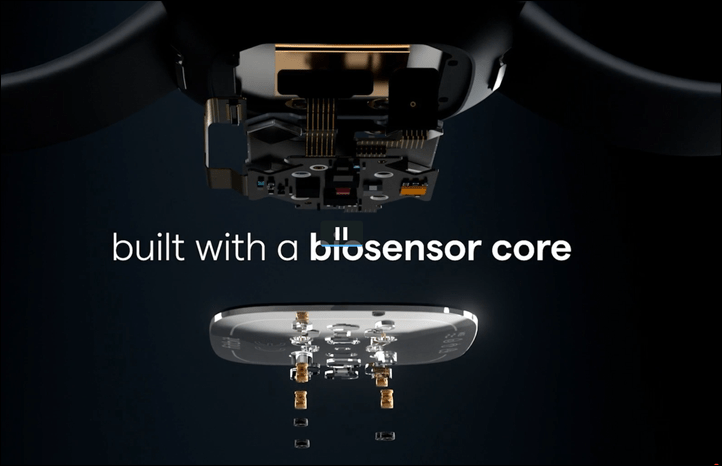 First up is following in the footsteps of Apple and other companies with the addition of an ECG sensor. At launch this is still pending regulatory approval, so the exact timing isn’t clear. But the point is that it will be approved as a medical device, just like the Apple Watch, Withings, and a few others out there. 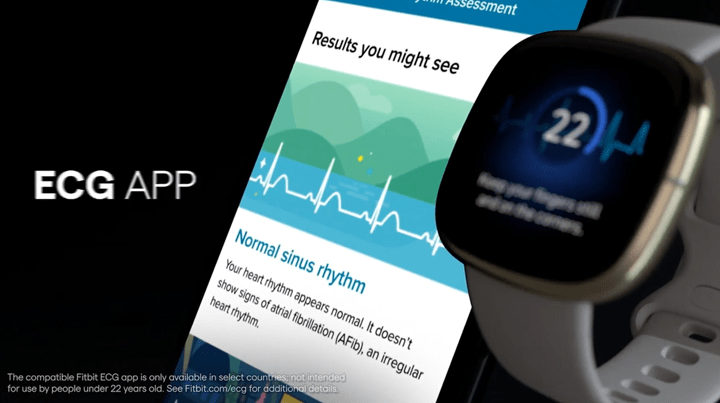 To take an ECG you’ll wear the watch as normal, and then place your other hand on the bezel of the watch, completing the circuit required. It’ll take the readings, and then determine if there’s any concerning heart rate rhythms and advise you of the results. You can export the results as a PDF to take to a doctor for next steps. 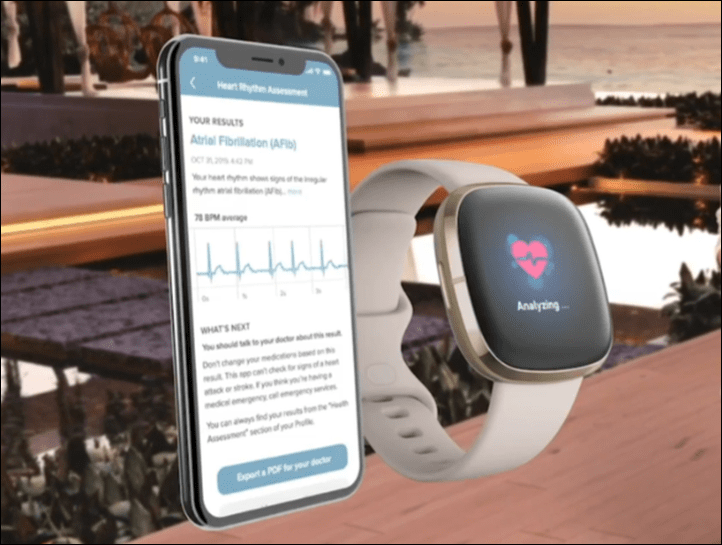 The next new bit of tech is Fitbit’s EDA Scan app, this is an app you run on the watch, and then rest your palm on the face of the watch (the top of it), which will measure electrodermal activity (roughly another word for galvanic skin response) and then apparently feed that into whether you’re stressed or not. Essentially they’re measuring the micro changes in electrical resistance of the skin based on things like sweat. This data is then combined with other factors like heart rate or blood pressure. 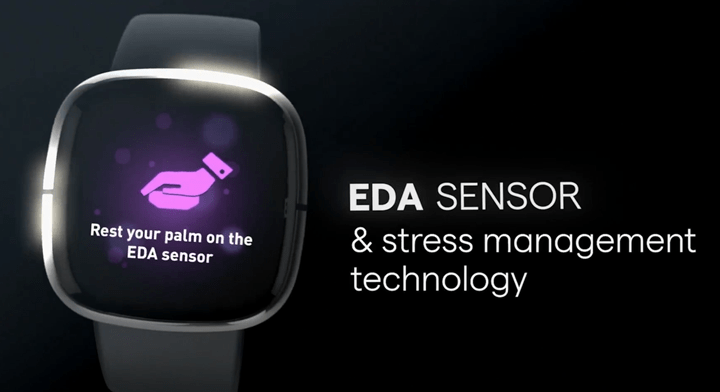 Fitbit is hardly the first company to measure elements of stress, nor the first entity to measure EDA. Organizations have been doing so for years in various capacities, even lie detector tests. But it might be the first wearables company to try and pull all these factors together.

This is one that I’ve definitely got to see hands-on (literally) in order to understand exactly how they’re using these pieces to provide actionable information over time. 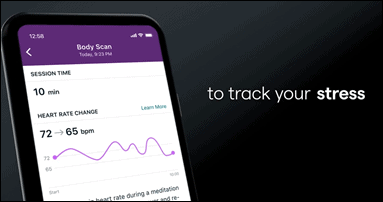 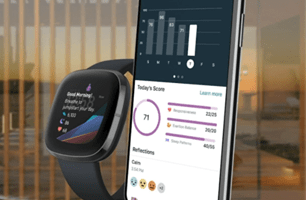 Next, there’s the new skin temperature sensor, which harkens back to the days of the Basis Watch (before Intel bought them and killed it off): 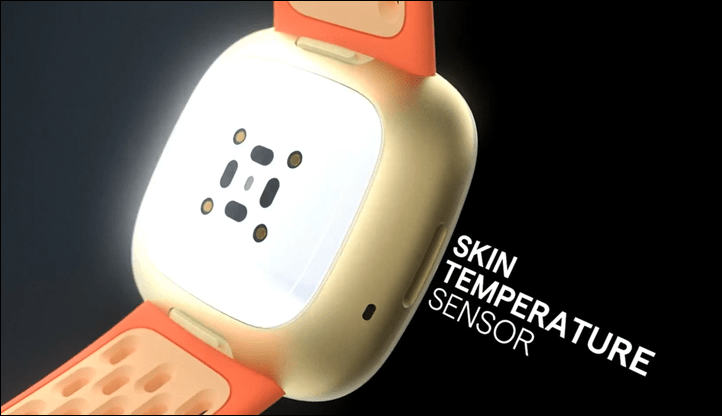 The Skin Temperature tracking is designed to be more of a nightly thing than an instant thing – which makes sense in terms of trending. However, interestingly, the entire Fitbit Versa family also gets this feature too: 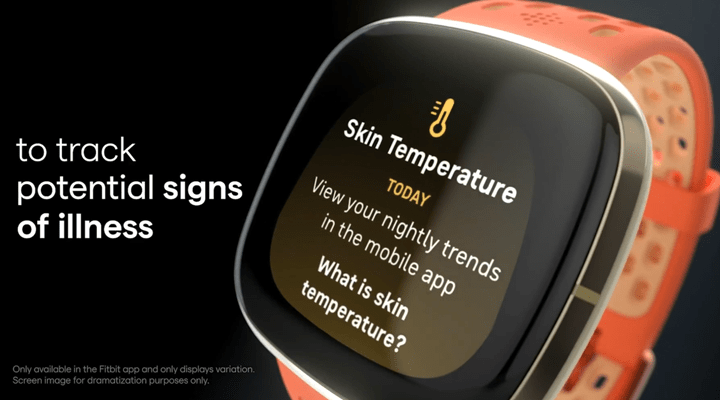 Next, there’s the new high and low heart rate alerts, as well as breathing rate tracking (though, markets will vary at launch for that): 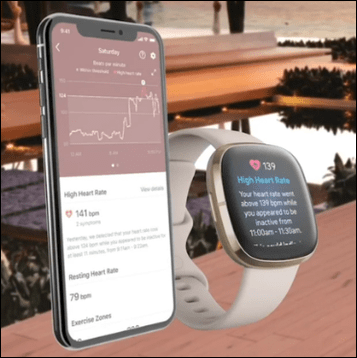 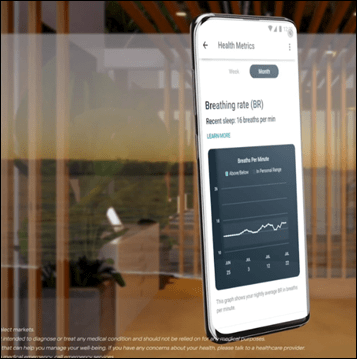 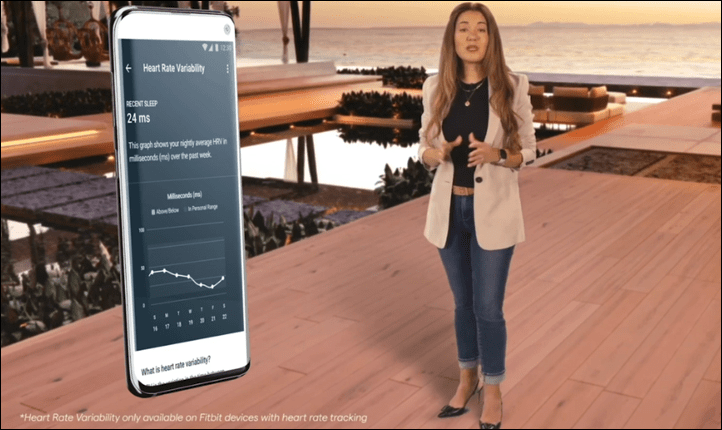 And then we’re finally seeing a bit more expansion of the SpO2 metrics Fitbit has long talked about, now with on-device access as well. All users will get an SpO2 clock face, whereas Fitbit Premium users get SpO2 trends over time. 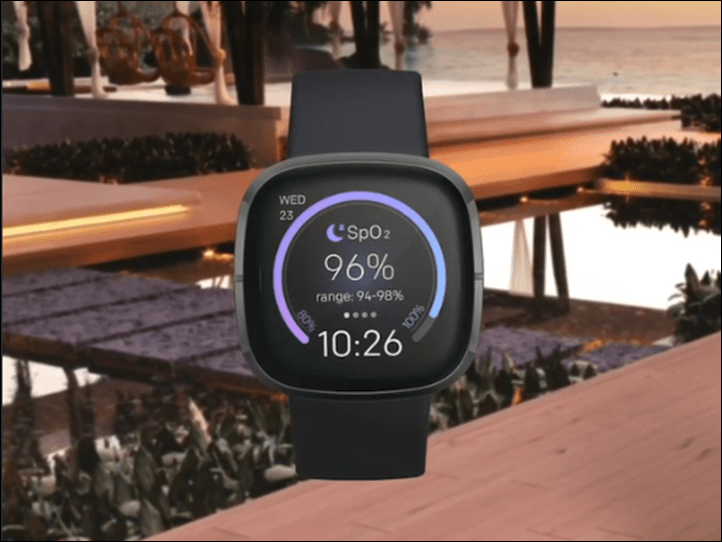 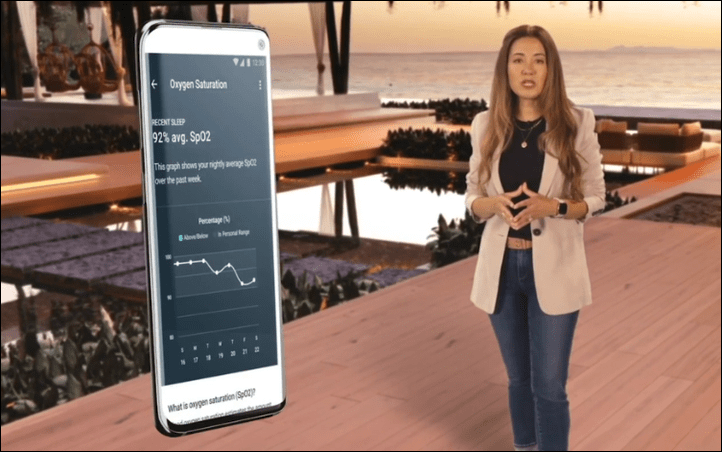 Finally, everything else in terms of sports/fitness is basically the Fitbit smartwatches you know of previous years. GPS built-in, optical HR sensor, sport tracking across most sports (but not multisport/triathlon tracking), and hookups with Strava/etc… I’ll dive into all that stuff as part of my full in-depth review.

The notable non-health new features include planned phone call support sometime this winter, with a phone nearby connected via Bluetooth: 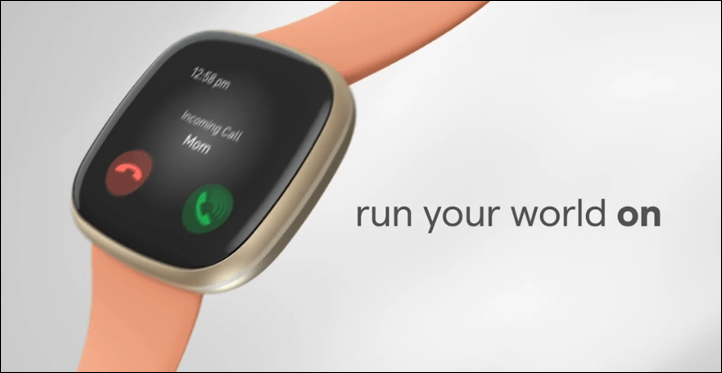 And then the planned inclusion of Google Assistance sometime this winter as well, Amazon Alexa is already there. 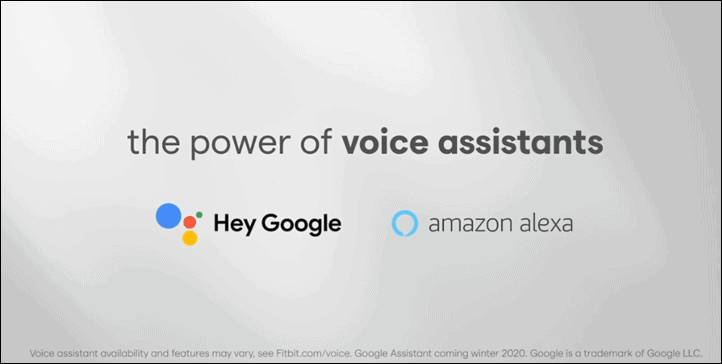 And, and as always, there’s approximately 18 million colorful and swanky bands to choose from:

The company says the included “infinity” band is improved over years past, but we’ll have to see once I get it on-hand and on wrist. 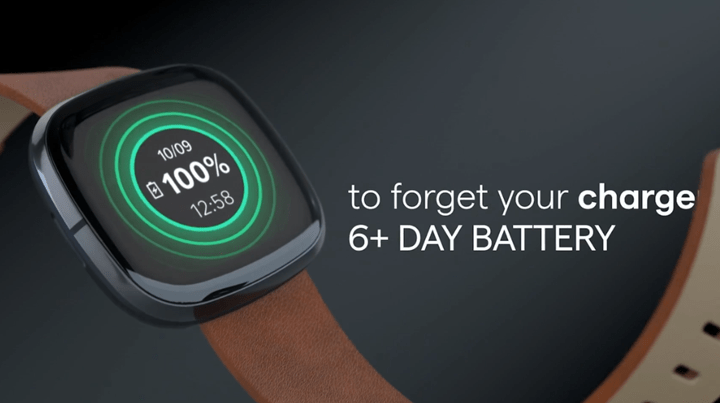 It’s clear that Fitbit went all-in on health with the new units. While I didn’t touch on the Fitbit Versa 3 here, I will in my full standalone in-depth review of it (and maybe, if today gets a bit less crazy, I’ll do a ‘What’s new’ there too). But that too gained a number of the core underlying features like the new heart rate sensor, and skin temperature tracking.

Of course, the key to all these features is making sense of them. Fitbit talked at length about their prediction capabilities around illness, but also specifically COVID-19. While they are making substantial progress in detecting COVID-19 positive individuals before that person is symptomatic, the reality is that’s all still largely in the research realm – and there isn’t any obvious or clear path to it becoming something that’ll notify you anytime soon on a Fitbit wearable.

Which isn’t to say all these metrics aren’t useful – they absolutely are, and can be. But ECG aside, most of the remaining will be about trending, and about making it obvious to you that the trend line is going in a weird direction. It’s up to you to determine whether that’s worrisome or just because your newborn baby has kept you up for the last two months straight. In other words, there’s no ‘COVID-19 Easy Button Detector’ here.

Still, I think this is substantially in the right direction for Fitbit, at least until the Google partnership takes hold. Ultimately, as previously stated by Fitbit/Google that will result in a Wear OS watch. The challenge there being the inevitability of less battery life compared to Fitbit’s far more optimized Fitbit OS platform.

In any event, I’m looking forward to putting all three new products through the paces in the coming weeks, with full in-depth reviews down the road.