Tour Down Under 2020: Sports Tech of the Pro Women 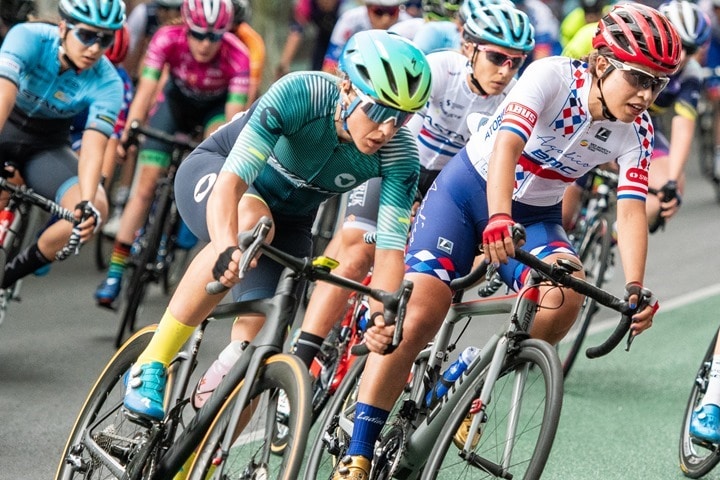 Each time I inventory the women’s pro ranks, things get better and better in terms of equipment. Back a few years ago, it felt like a push to even have the same bike frames on a team. Whereas this year that’s easily the baseline and the majority of teams have standardized power meters too. It’s good to see progression here, even if the sponsorship numbers don’t quite line-up one for one compared to the men’s.

In the case of the Women’s Tour Down Under, that race wrapped up on Sunday. Whereas the Men’s side of the house started on Sunday with a standalone crit event. In previous years they have had some element of a day overlap, but starting last year they began to separate them a bit more so they run one after another. There are pros and cons to both strategies of course.

I had a chance before the Sunday evening women’s crit stage to do a quick run-through of all the team’s bikes as they prepared for the stage start. It was a whirlwind look at the teams, since unlike the men they don’t have a dedicated staging/mechanics area in the TDU Village (which would have made it easier to get detailed inventory of their gear).

The next thing to note is that unlike the men’s TDU race, the women’s race actually isn’t the same ‘level’. Meaning, the Men’s race is a UCI WorldTour event (the highest categorization in pro cycling). Whereas the women’s TDU race is one level lower at the newly formed UCI ProSeries classification. Certainly, most of the top women’s WorldTour teams show up for the Tour Down Under, given the massive media exposure. But that does mean that other elements like race organization support standards, prize money, and so on aren’t all necessarily equal. However, in the case of the TDU specifically, the prize money has been equalized for both men and women as of 2018 (something I suspect you’ll see occur more and more going forward). 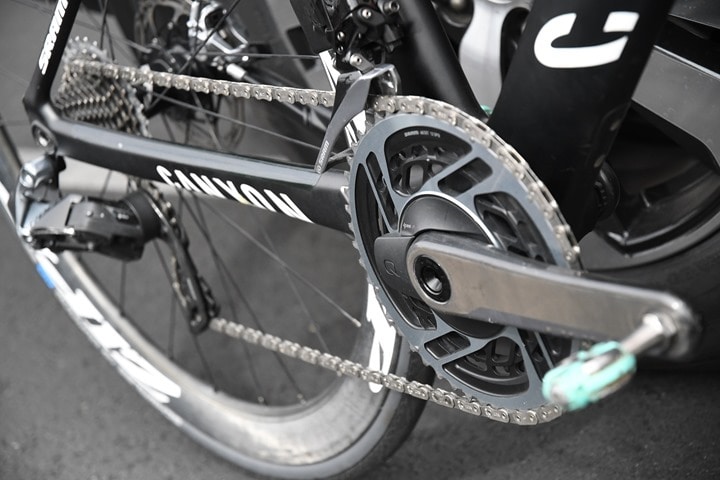 Now, just like the men – sponsorships drive power meter and other gear tech choice. Well, they cover just about everything. For example, Shimano sponsors two women’s WorldTour teams this year (Mitchelton-Scott & Team Sunweb), thus, those teams will use Shimano’s R9100P power meter that’s integrated into the DuraAce crankset. Shimano also sponsors the men’s side of the house for those two teams as well. The same concept applies for SRAM’s team sponsorships on the women’s side, such as team Canyon-SRAM, which are using SRAM’s AXS power meters. Keep in mind again that not all these teams are UCI WorldTour teams, so the ones that lack power meters are in some cases also not UCI WorldTour teams but lower-level teams at this event.

There’s also likely a case or two here where a single rider may not be indicative of the entire team’s power meter choice. In fact, I note one or two of these where I saw them. It’s less of a situation in 2019/2020 where most teams have their power meters covered by sponsors, but it can still happen. Due to the challenges of inventorying the women’s field (not having access to see all bikes from a given team at the same time), it’s plausible that happens here.

In any case, here’s the run-down of power meters of the women’s field:

*So, this one is a funny one. Mitchelton-SCOTT is one of two UCI WorldTour women’s teams sponsored by Shimano, yet, on all the bikes I saw there were only SRM & 4iiii power meters. This may just be a case of not quite having the gear this early in the season. Which often happens. Still, notable.

Also, I was surprised to see that the Specialized Women’s team didn’t have power meters on at least three bikes (with riders) that I saw. Perhaps others did have them, but that was notable in my mind.  Also note that both the New Zealand and UniSA teams are composite teams for the purpose of the Tour Down Under, and thus didn’t have any team-wide equipment sponsorships for power meters.

Here’s a quick gallery of them all:

And here’s the break-out by brand:

As always, I find mounts interesting. Here’s the run-down of what companies were using. By and large, with the Wahoo BOLT teams, and one SIGMA Team (Sunweb), almost everyone else was on some variety of Garmins. It ranged from Edge 520’s to Edge 530 and 830 units, even a couple Edge 1030’s on Rally. Given the timing, it was super difficult to take an accurate inventory of head units.

That’s because just like the men, the women don’t tend to put their bike computers on their handlebars until the moment they jump on the bike. So the time frame to catch that is super slim. In any case, here’s the mounts, along with a few other notes in there.

Here’s a random gallery of some mounts. Not all of them, but a few that were worthwhile noting:

As noted the unique one here was Team Sunweb which is sponsored by Sigma for their SIGMA ROX 12. In fact, earlier this morning (a few days after the race), I was climbing up in the hills with Team Sunweb for a number of kilometers. You can clearly see their kitted-out ROX 12’s with the special red face plates. Also, while nearly impossible to see, is the Shimano R9100P power meters. 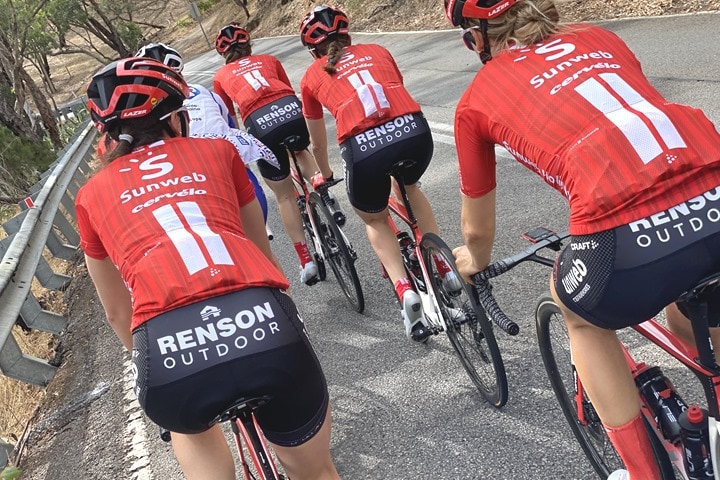 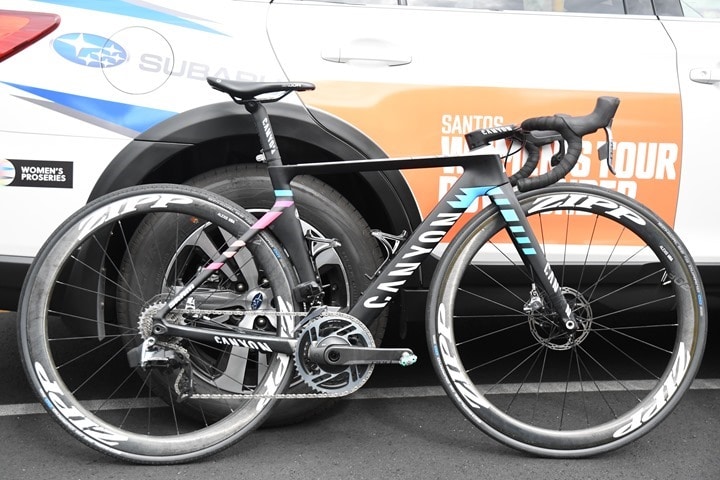 Now you may remember the men’s post a day or so ago, and in that I noted that the pro peloton has never been on as inaccurate a group of power meters as the UCI WorldTour teams for 2020 are. However, with the women, they’re actually on a much better bunch of units (%-wise anyway). So hey – that’s positive!

What’s also positive is seeing as much standardization as we did this year. If we rewind to just a few years ago here at the Tour Down Under, really only 2-3 teams had a standard power meter across the board, let alone things like standard head units and bike computer mounts. This is great progress forward.

With that – thanks for reading, and stay tuned for more sports tech goodness here from the Tour Down Under!