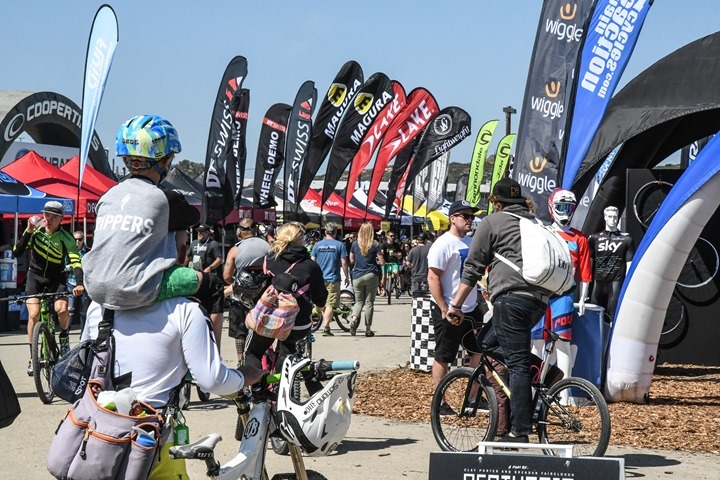 Here’s the second edition of the Sea Otter 2017 Tech Tidbits!  The first one I did a power meter round-up, covering all the power related news coming out of the annual bike show held in Monterey, California.  Whereas this one is focused on non-power items that are mostly gadget related.  Thus news from bike computer and mount companies and the like. 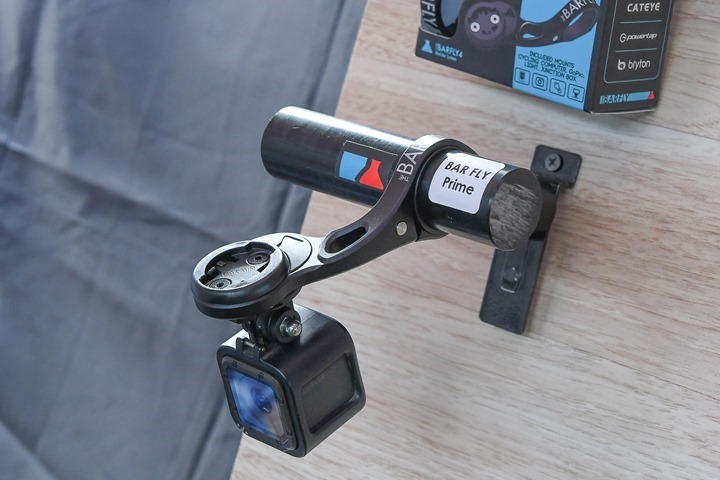 Bar Fly kicks off the new mount party with them shipping a design they previewed back at Interbike, which is a fully CNC machined aluminum mount – the Bar Fly 4 Prime (above).  The out-front mount is configured by default in a Garmin setup, but within the box it includes Wahoo, Polar, Mio, Magellan, Cateye, Bryton, and Joule mount plates too.  So basically…everyone.  Plus, down below it can hold a GoPro/Garmin action camera (also in the box). 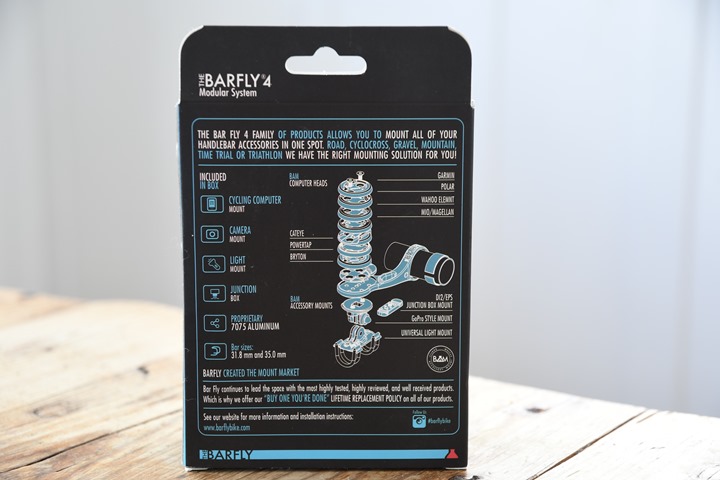 And because the list of things in the box keeps going, it includes a Di2/EPS mount as well as a light mount.  Seriously.

What’s unique about this though is you’ll notice it has two little ‘bubbles’ on it out front.  This allows you to use the furthest slot for larger bike computers like the Edge 1000, whereas the closer one can be used for smaller bike computers like an Edge 520.  The mount is covered up by the bike computer itself either way, but just gives you some flexibility. 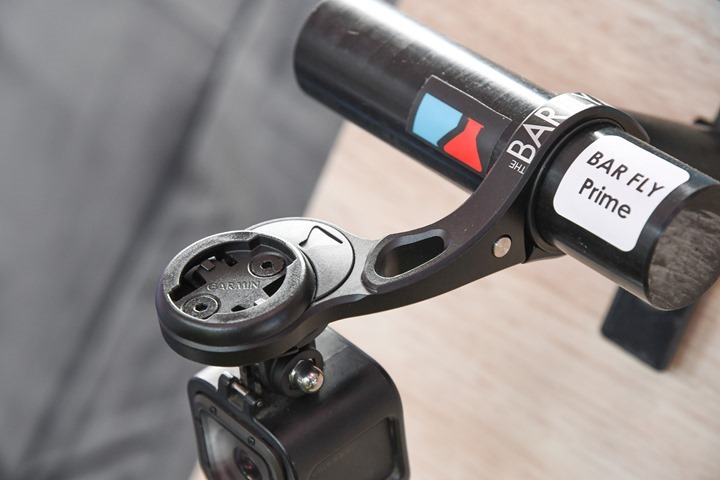 The Prime is shipping now (at $59USD), and I’ve now got a unit to play with.  Looking forward to seeing how the new (for them) machined aluminum holds up when it comes to action cam footage.

Last but not least, the company is also fully up to speed on shipping out their new CO2 inflator and bike tire lever tools that they announced back in January via Kickstarter. 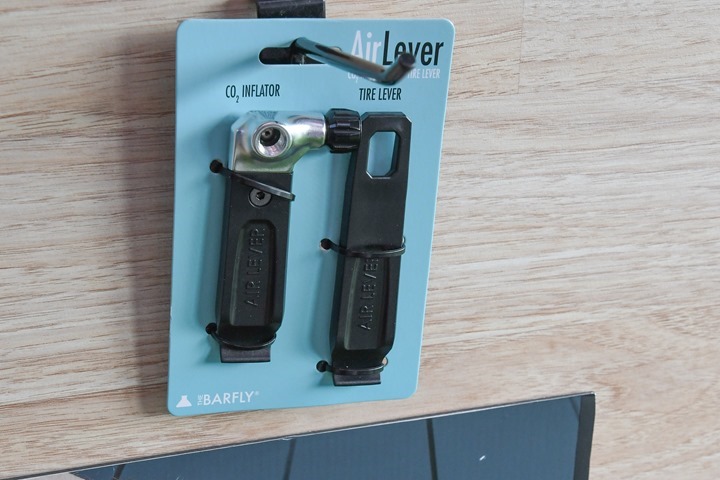 I actually backed that project as well, which seemed like a good deal for a combo tool that costs $29USD and will likely last me a long time.  Though, I can only hope I rarely have to use it. 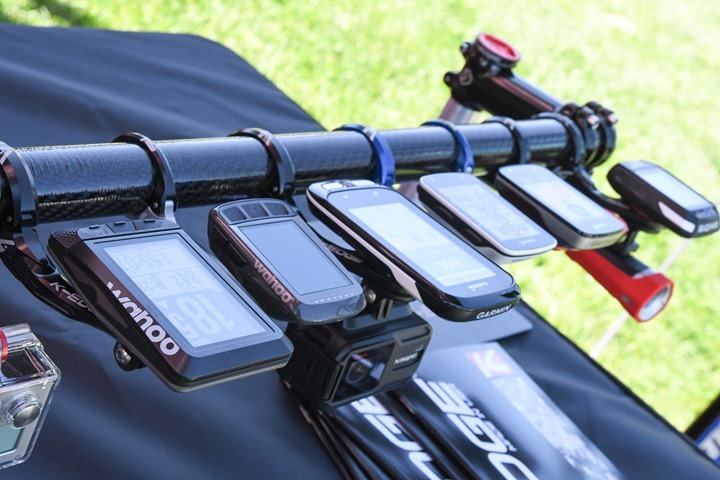 Like Barfly, K-Edge doesn’t have too many totally new things on display here (unlike last year which saw a boatload).  Still, they’re now shipping their new Race Mount, which comes in at 33% lighter than their regular mount (weighing in at 32g), and that’ll set you back $54. 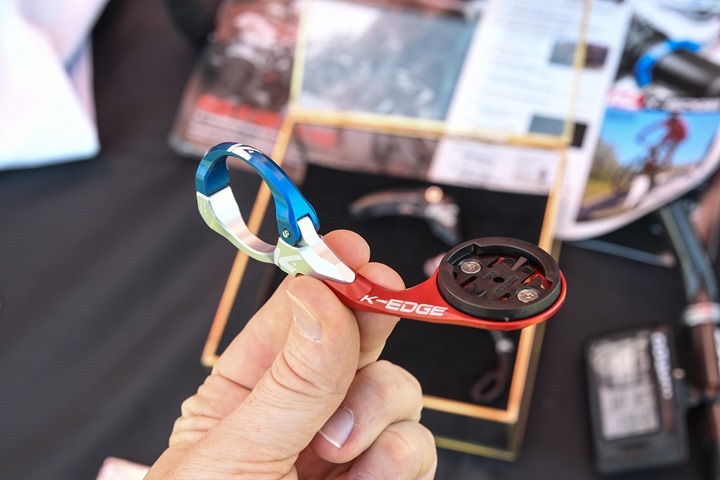 The above version is the Garmin variant, but the below version is the Wahoo ELEMENT BOLT-specific Race Mount model.  That includes the nifty underside bolt which allows you to lock it onto the bars.  You’ll remember that design feature is something Wahoo added to enable Pro cycling teams to consider the bike computer part of the default weight to meet UCI minimum weight thresholds.  Cool to see it incorporated here. 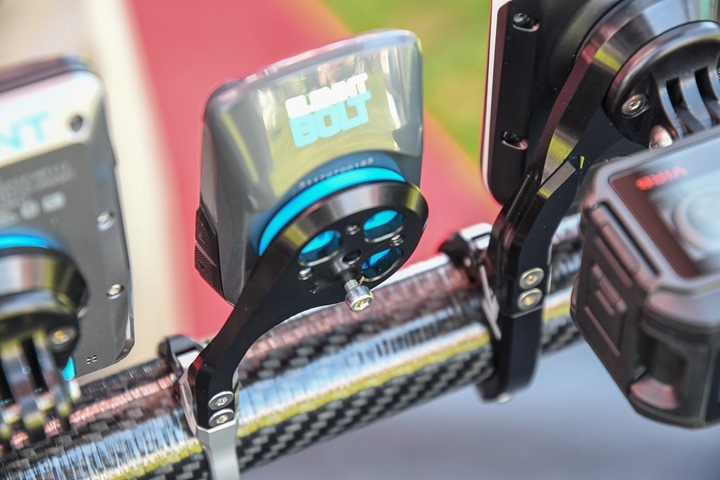 They’ve also got a new NiteRider mount that’s pretty slick.  This mount attachment goes onto the bottom of many existing K-Edge mounts, but allows you to attach and detach the lights via a GoPro mount.  It’s a nice little touch and will cost between $20-25, though the pricing is still being worked out. 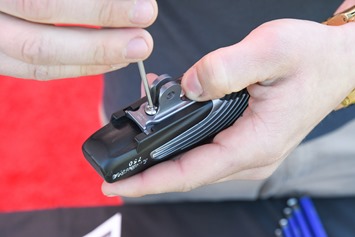 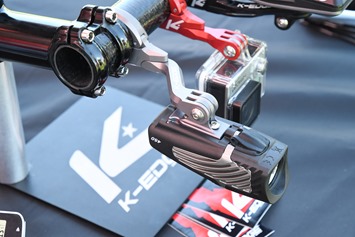 One product I did not know existed was Ki2 mountain bike shifters that are machined as well.  This definitely falls into the category of ‘the more you know’. 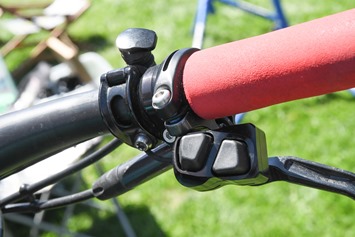 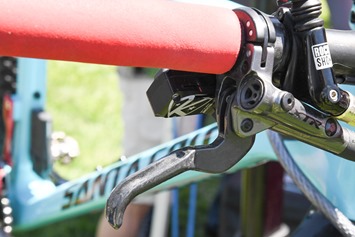 Finally, they’ve got some new chain guides that help prevent drops.  As you may know, K-Edge actually got its start in chain catchers with Olympian Kristen Armstrong during the 2008 Olympics. 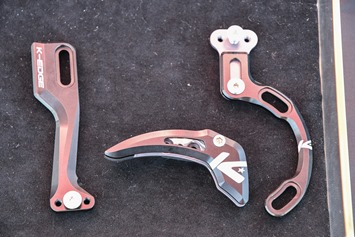 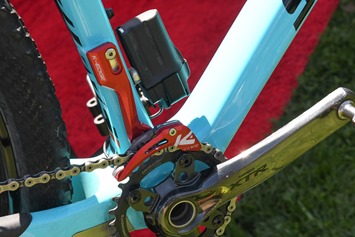 That product line eventually expanded to bike and action cam mounts as well.  And when it comes to action cam mounts, it’s still the ones I use on all my bikes today (front and rear mounts). 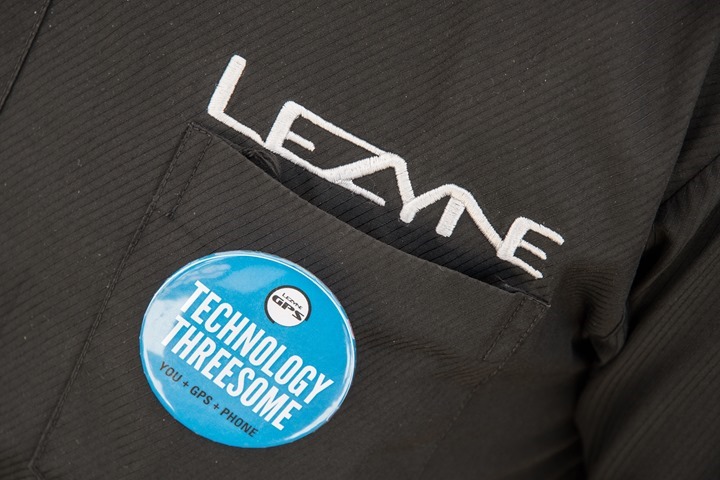 Lezyne’s home turf is Sea Otter, and they were on the scene with some solid updates to their GPS bike computer lineup, namely via firmware updates.

First up is that all of the units will be receiving a firmware update (like this week) that includes a new option to change to a white background (with black text), versus the previous white text on black background.  You can see that below. 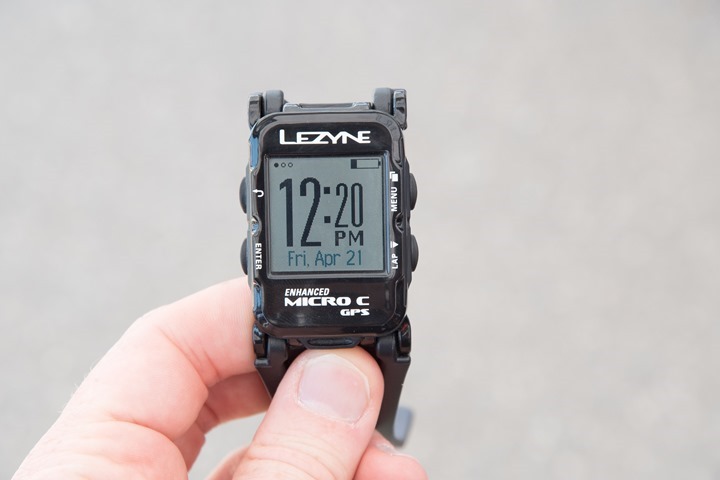 Next, they’ve introduced the ability to configure any setting you’d like via the smartphone app, versus previously only on the unit itself.  This is awesome because it makes them the first (shipping) brand to allow you to configure anything via the unit itself OR on the smartphone app.  Companies like Wahoo have it almost all smartphone-only, whereas Garmin is almost all device-only.  Finally, a company that gives you both options. 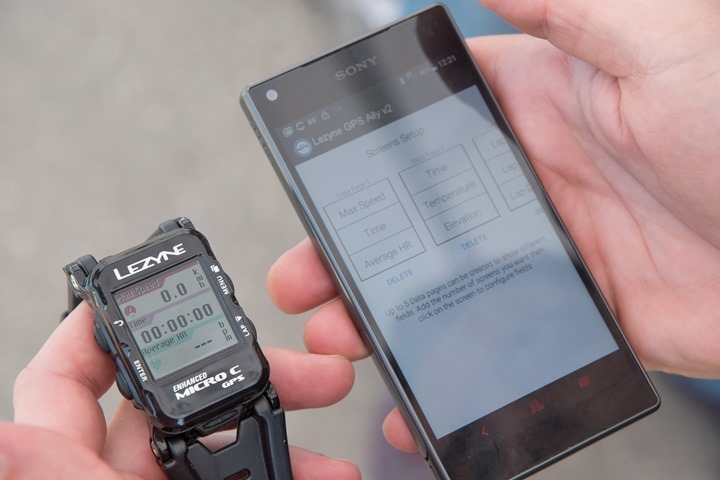 The update will allow you to change anything, including data fields, mid-ride or pre-ride/post-ride. 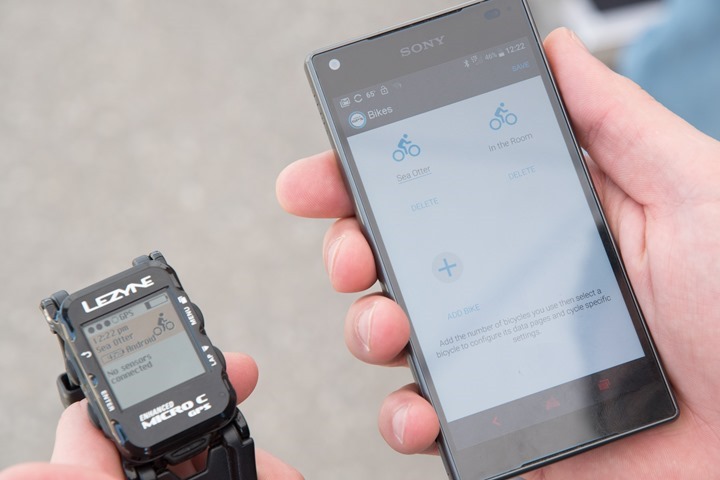 Finally, the company has enabled a bunch more smartphone notification types that you can toggle to display on your unit (versus just the standard call/text ones), especially on the iPhone.  The phone is required to setup these bike profiles initially, but selection can occur after the fact on the unit itself. 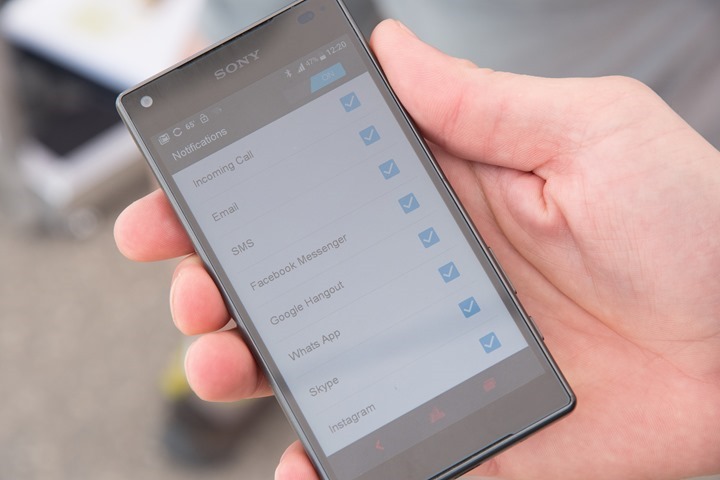 This will give you a bit more flexibility when it comes to deciding what things you want to interrupt your workout.  Again, all of this should show up this week sometime.

Oh, finally – I give you this masterpiece of watch holding goodness: 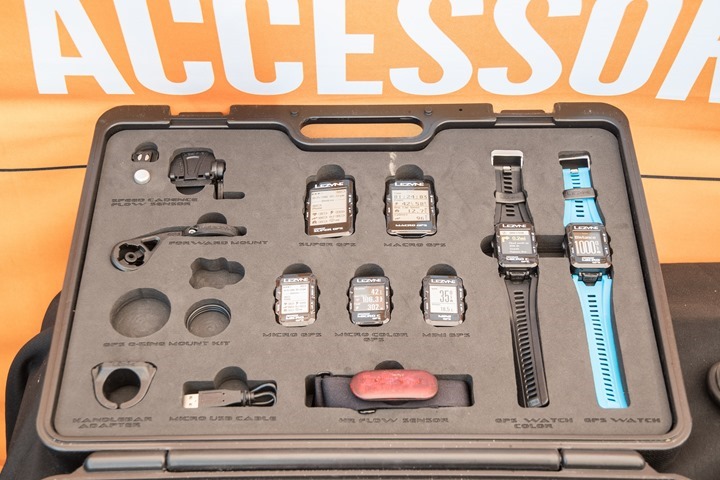 Yup, I’d need about 50 of those to hold all my watches… 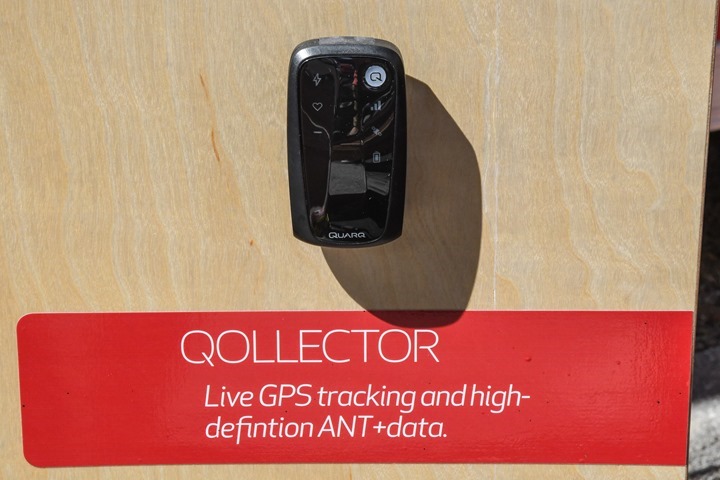 Putting this in the 5-second update category, a few folks have asked where Quarq stands on getting their Qollector training/race tracking device working within the international realm (aka anywhere outside America).  Now technically it mostly works already outside the US, but buying it outside the US has been the tricky part.

Quarq is saying they plan on having it available within 2017 to international buyers, which is what they had promised last year when it first came out.  Still, the company will once again be outfitting all competitors at the Norseman Triathlon this summer with units, as well as a few other events too.  Plus of course if you have a unit you can check out their full listing of events on their site for ones that it’ll automatically trigger the various sports (versus just regular mode). It’s still a unit that I actually use somewhat frequently, primarily on longer rides to allow The Girl to track me.

But I also use it for gathering power meter data since it can pair to multiple units at once and easily put a .FIT file together for each sensor, all sync’d to Dropbox.  Good stuff. 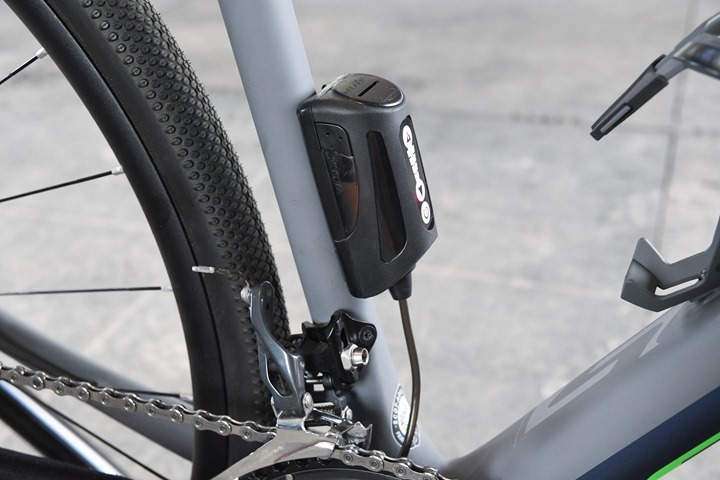 Finally, just a quick update on a product a looked at a long-ass time ago, the Flaér Revo Via chain lube system.  This used to be under the name Scottoiler back a while ago when it launched on Kickstarter.  But they’ve since rebranded the company as Flaér, and the product as the Revo Via.

The point of the product is to provide continuous chain lubrication, which in turn reduces wattage loss in drivetrain transfer.  Of course, these watts are pretty small, but if you’re at the pointy end of the pack then it can indeed make a difference.  The company claims up to 12w in power savings, which is probably viable at certain wattages.  The main appeal being longer stages/races – such as those closing in on 5-6 hours (or much longer for off-road endurance racing). 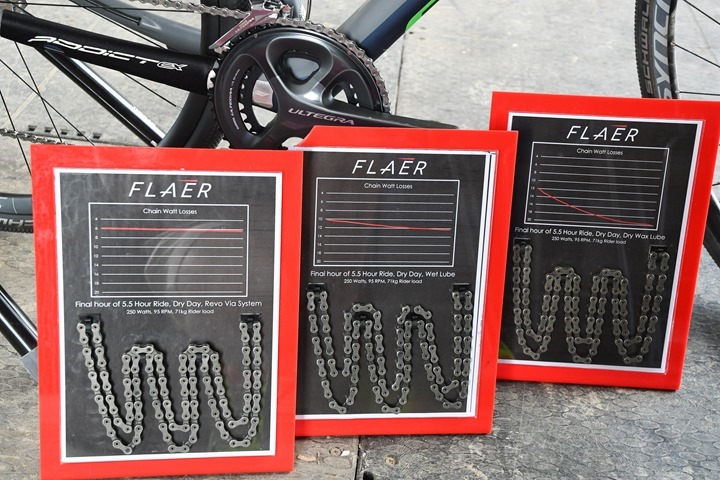 You can see below the small tube which spits out .03ml of lube at various intervals continuously.  For example, during rainy conditions they’d recommend every 30 seconds, whereas in sunny conditions it’d be closer to 150 seconds. 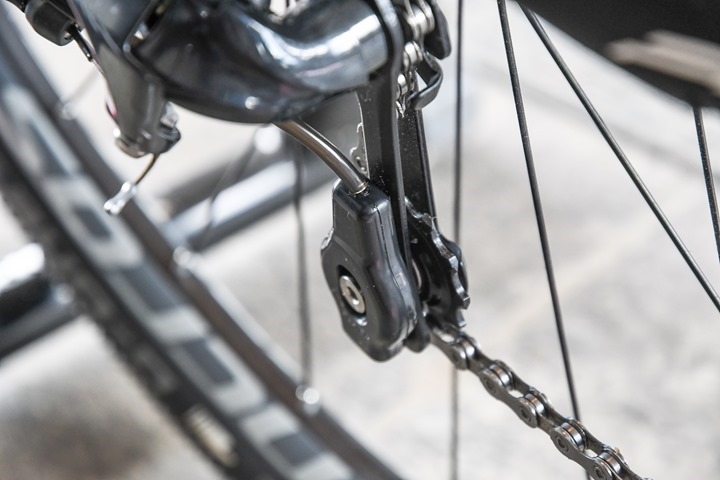 Anyway, the point of this update was that they’ve got some big name teams now actually using the thing.  For example, Orica-Scott has been riding it on pro team bikes this spring in races, as has the Cube Action Team (which is off-road racing).

Of course, this is one of those products that people love to bash, mostly because it’s not understood (as is almost always the case).  On a sunny day with dry conditions and a shorter 2-3 hour race, it’s likely overkill.  But for a long endurance race in craptastic rainy conditions, there’s some very legit wattage savings to a clean drivetrain.  And very few pro riders would dismiss 12w of savings.  But of course, to each their own.

With that – thanks for reading!  That’s all I’ve got for Sea Otter tech updates (plus the previous Sea Otter power meter post!), though stay tuned throughout the rest of the week for a few more product things coming out that I spent time with at Sea Otter. Won’t want to miss those!