Ok, so this is a slightly delayed list of stuff I did last weekend.  I spent more of the time on Monday finalizing my trainer app post, hence this got slid a little bit.  Don’t worry though, it’s still all good!

Painfully Friday morning we packed up enough stuff to severely test the space capabilities of our Uber car to the airport.  Baby, dog, me, The Girl, an oversized box of products heading back to companies in the US, drones, stroller, carseat, plus regular luggage for all humans and dogs for a trip with multiple stops. Still, even with an impressive packing job by The Girl to keep suitcase sizes minimal, our Uber looked like a clown car pulling up to the airport! 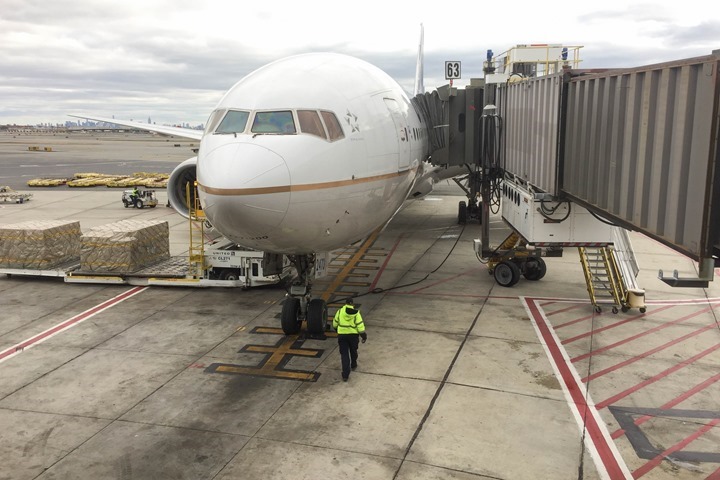 We had another great flight with our babe. This would be The Peanut’s 5th transatlantic flight, and 11th flight overall.  She (and Lucy) take it all in stride. 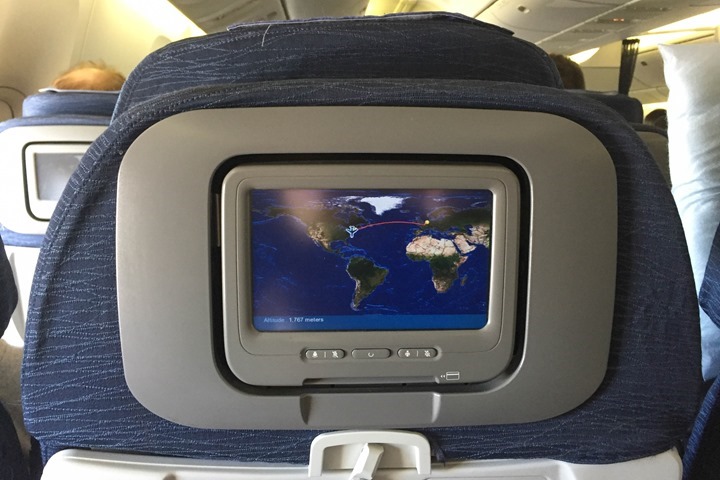 Upon landing in Newark, we made the roughly 2-ish hour drive up to Connecticut.  While The Peanut was fine and dandy with the 8 hour flight, by the time we got through customs and rental car shenanigans, she became rather displeased about New Jersey.  It took about three states of driving before she stopped screaming.

2) Visited with my 99 year old Grandpa

The main reason for this leg of the trip was to visit with my 99 year old Papa.  Well, actually, Papa’s turning 99 this week.  Our little one will be one of 6 great-grandchildren he now has (plus 11 grandchildren and 4 children).

He loved getting the chance to hold her, and the little one loved holding onto his finger.  She’s got a remarkably strong grip. 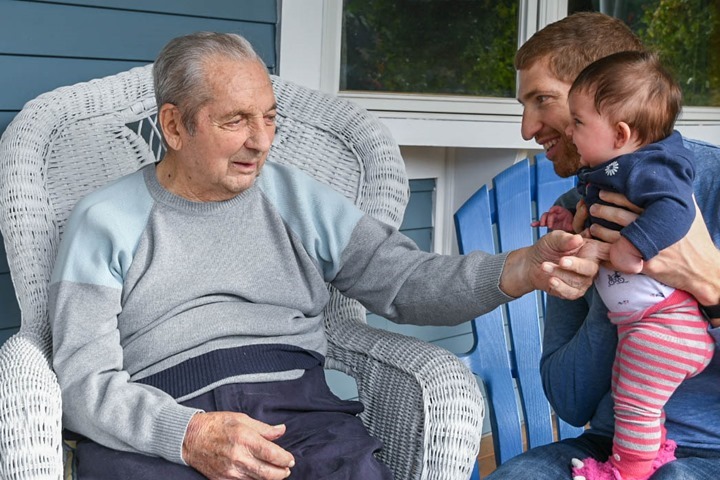 And on top of that, she’d get to see my parents who timed their visit as well (the baby’s grandparents).  It was the perfect twofer! 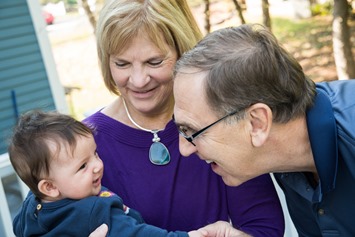 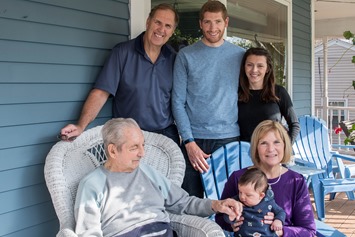 Not to mention virtually all of my relatives are in this part of the country, so we got to see many of them during our stay, including the little one’s extended cousins.

3) A Trail Run In the Leaves

Sunday morning my wee family got up early.  Because that’s what happens when everyone is on the wrong time zone by six hours, especially the little one.  We drove just a couple miles to a really nice regional park (Giuffrida Park) for a short wander.  The Girl would take The Peanut and Lucy (the dog) and go for a stroll, while I would head out for a trail run. 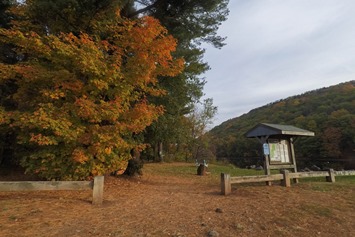 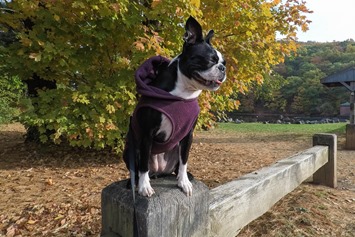 Early in the morning the place was desolate, and with that came awesome beauty with the leaves still turning. 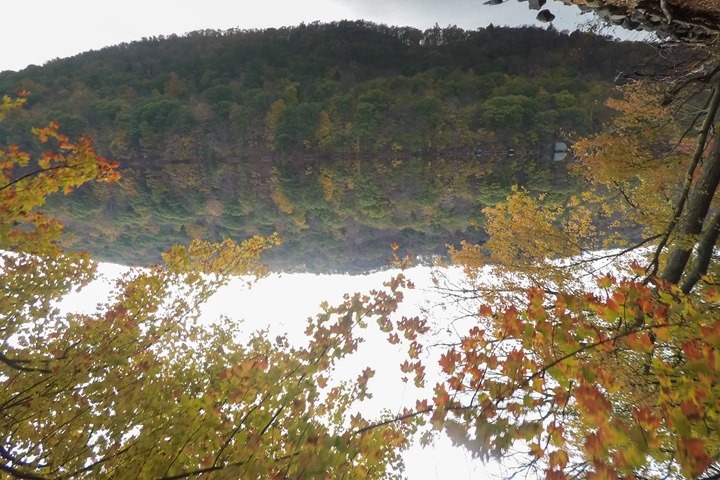 I followed some trails, but I wasn’t really sure where I was per se.  The trails were very well marked on the trees, which was good – since the actual paths were covered in leaves – making it pretty close to impossible to discern trail from non-trail. 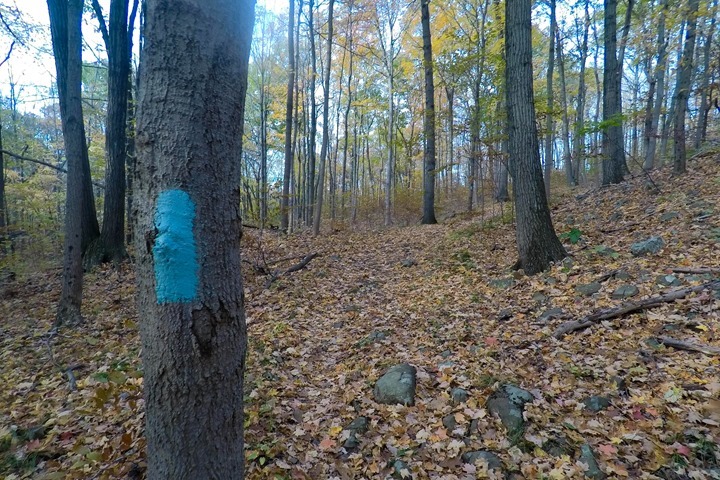 The park housed some pretty impressive elevation gain along a ridgeline, giving nice views back across the countryside. 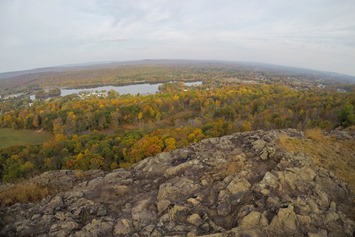 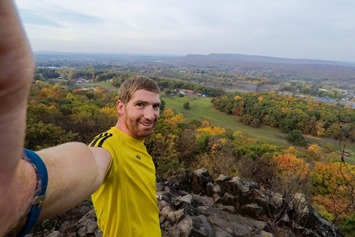 And while parts of the trail were ideal for quick movement, other pieces were filled with wobbly rocks that definitely slowed down the paces.  Still, an awesome way to start the day.

After our short trip to Connecticut, we drove the roughly 2 hours down to New York City.  Our flight early the next morning was out of LaGuardia airport, so rather than try and make a (painful) early morning trek from Connecticut, we just decided to spend the night in New York City.  Plus, I had a quick stop to pick up some gear in the city.

By the time we did that and got checked in and got everyone settled, there wasn’t really much time for wandering.  So we played rock, paper, scissors for which of our favorite NYC quick bites would fill our bellies. The girl won choosing The Halal Guys, which I was still happy with; our other nearby favorite is Carnegie Deli. 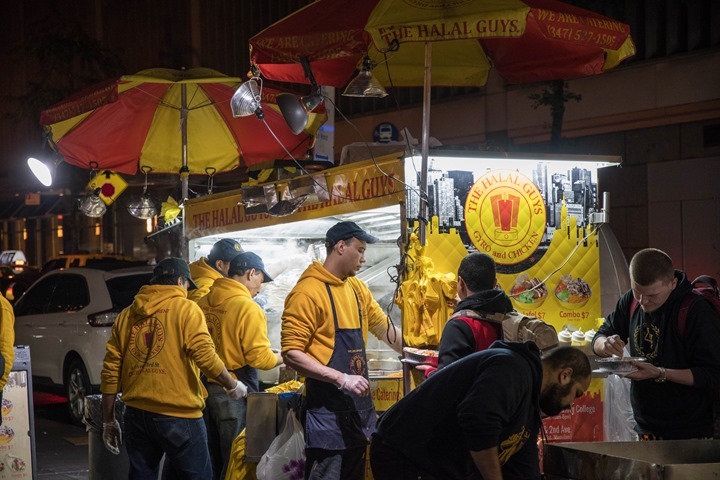 Being that the street vendor was only about 1.5 blocks from the hotel it wasn’t much of a trek, but still nice to have a little walk post drive. 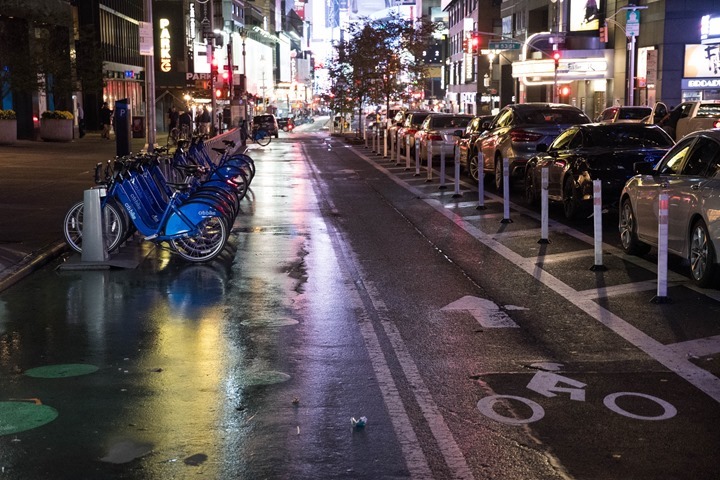 Had it been a bit nicer out (vs pouring), we might have swung back through Times Square.  But given the weather wasn’t exactly awesome, we’ll have to save the peanut’s first Times Square trip for another time.

From NYC we caught an early morning flight on Monday and it was off to Colorado we go!  Lots of stuff on this leg of the trip, with the first few days up in the mountains.  You’ll see some of that here in this tweet and that tweet.  Or just the pics below. 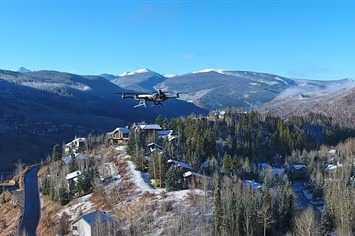 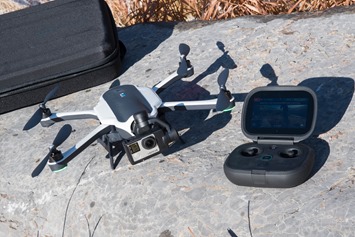 As an aside, while working our way to the mountains we stopped briefly at a mall along the way.  I was waiting in the car while The Girl quickly ran inside for a couple of things.  While awaiting her return, a man simply walked out the front door and across the vast parking lot with a pony.