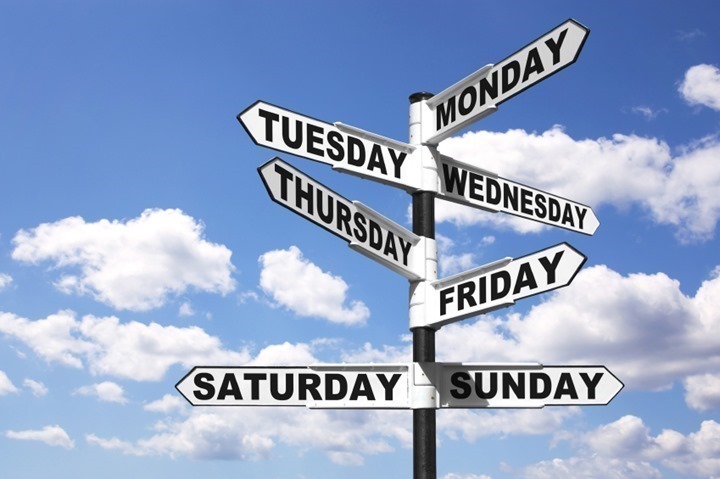 Here’s all the goodness that ended up on the main page of DCRainmaker.com this past week.  Been unearthing myself from being out a bit lately, so you’re starting to see a bit more pop-out on the blog, as well as catching up a few…thousand…e-mails.

Sunday: More than you ever wanted to know about power meters in pro cycling
Monday: The Tour de France in Paris: Riding it, watching La Course, and the Finish
Tuesday: In Just 7 Days…
Friday: TdF 2015: Comprehensive list of Strava & TrainingPeaks pro uploads by stage

Tons on tap for this upcoming week though with the Giveaway Extravaganza and a few product reviews to be released.

– Discussion of the Tour de France, Tour power meter data, and more!
– Chatting about my little sailboat trip to Croatia for a week (and loss of $5,000 in action cams and watches)
– How openwater swim watches work
– Changing your workout modes in the middle of a workout
– Strava vs Training Peaks and other platforms
– Writing posts on apps/web platforms
– The international trainer purchase rule

1) La Grand Boucle was a grand disaster: An interesting look back at what was effectively the first variant of the women’s Tour de France slightly more than a decade ago.

2) Stolen bike returned to woman who rode it all the way from D.C. to Portland: Neat to see a stolen bike actually returned. (via the WashCycle)

3) GoPro to launch new video editing app and licensing portal: The licensing portal may be a brilliant move, especially if they can shift the mindset of people to share their content on GoPro’s portal versus YouTube in the pursuit of earning a few pennies.

4) GoPro’s Tour de France 2015 on-bike footage playlist: As the title implies, this is a massive collection of footage that was (mostly) shot on-bike.  Cool stuff.

5) Sony to enter the camera drone business: Not to be left outdone by GoPro’s planned drone, Sony is also getting into the game.  Logical given their existing action cam business.

6) LeMond demonstrates hidden bike motor: I’m sure we’ll continue to see much more coverage of hidden motors in the future.  In the meantime, this short demo shows how it works.  Also worthwhile reading is UCI President Brian Cookson’s thoughts on it from within a piece on CyclingTips this weekend.

7) Getting a DQ due to official cheerleaders assisting in the finishing chute: Lots of controversy over this race last weekend.

8) Unveiled – the Swiss Side Instrumented bike: Lots of interesting data here, all combined onto video on the Garmin VIRB while riding.  This btw, is actually a perfect example of why Garmin needs to enable custom FIT recording within the Connect IQ apps.  They could have recorded additional sensor data straight to that and then easily shown it within Garmin VIRB Edit. (via Aerogeeks)

9) Entire downhill mountain bike run captured in a single shot: Pretty cool little video by well known company Teton Gravity Research, all shot on the back of a truck (seriously).  You can see more ‘how they made it’ clips and such in the link above.

10) Pro triathletes get together and form union: Said union managed to get itself in hot water a mere few hours into the announcement though when one of the leaders asked Lance Armstrong for assistance. #Fail.

11) The longest parade: A great photographic and behind the scenes look at the Tour de France caravan (from inside the caravan) by Caley Fretz.

12) TeachersCenter: if ESPN SportsCenter were about teachers instead: Pure awesomeness (especially since the vast majority of my family on both my side and The Girl’s side are teachers)

13) The business of eSports in number: While most following the blog here side more with traditional sports, the business of electronic sports is getting to be massive.  A worthwhile browse of the link.

14) Well that escalated quickly…into a driver chasing after a cyclist on foot and doing a face plant: While the driver holds the lion’s share of the guilt here, it’s hard to say the cyclist certainly didn’t drive that escalation.  The money shot is at 3:25ish.

(Nuttin of interest this week)

Garmin Fenix3 firmware updates: Both this and last week, adding in some new features and other bug improvements.

Garmin Edge 520 firmware update: These units starts shipping this week, so this is likely just a baseline first update.

Garmin FR920XT firmware update: Updated support for HRM-TRI/SWIM and a few other adds.

Garmin Edge 1000 firmware update: This adds in the promised Strava segment support (fairly early in the announced release timeframe).  The Edge 510 & 810 updates are still pending (promised by the end of September).

Polar announced Windows 10 compatibility: All good, as long as you aren’t using the V650.

GoPro Hero4 Silver & Black Firmware Update: Adds new editing feature to camera itself, along with a few other tweaks.