Here’s the rundown of what I was up to over the last few days, a bit of a calm weekend in comparison.

We started off the weekend with a bit of a (rather hot) run down towards the Eiffel Tower and back.  Sorta one of our mainstay runs along the river, and a nice casual run together seemed like a good idea. 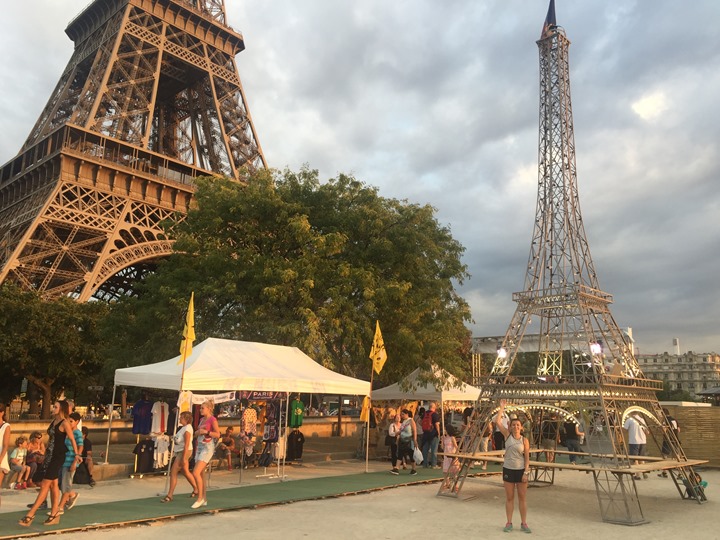 As is often the case I was testing a few different things at once, trying to nail down HR accuracy tests for various optical sensors. 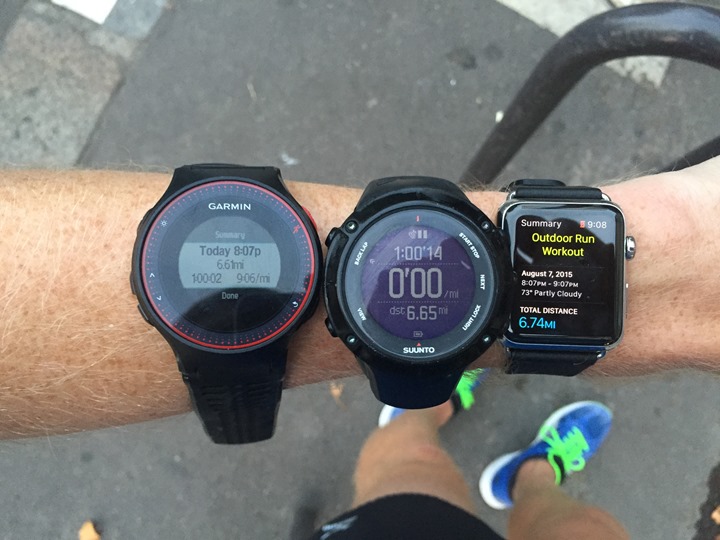 With most of the Parisian locals gone for August, we were left with primarily just tourists to run around.  The lack of Parisians is most notable in areas you’d typically find higher concentrations of Parisians (i.e. Les Berges), whereas in the tourist heavy areas those are definitely still flooded (such as the Eiffel Tower). 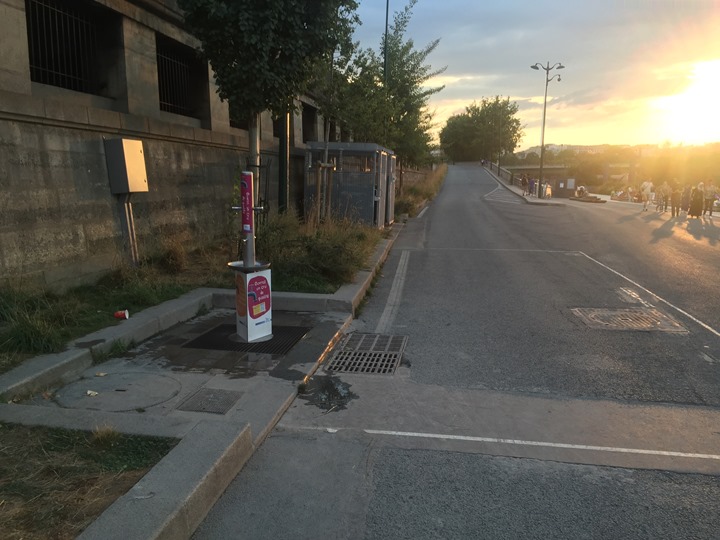 As is often the case, we took a few selfies along the way.  Unfortunately, none of them came out due to being a bit too dark.  So instead, here’s a picture of sunset: 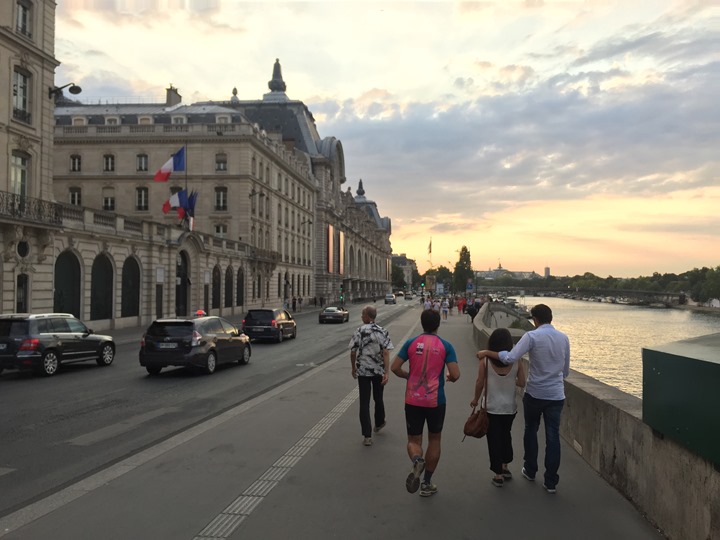 All in a touch over 10KM, nothing too fancy or extreme – but a good pre-dinner jaunt. 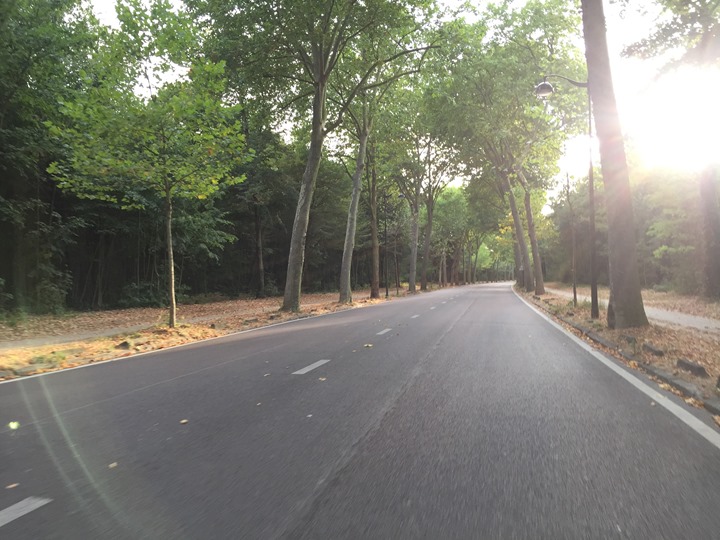 Despite having two different power meter analysis posts last week, I’m full steam ahead on both new power meters, and slightly more aged power meters that have been in the queue.  On the ‘new’ front I’ve got both the PowerTap C1 and bePRO units on the Cervelo doing testing. 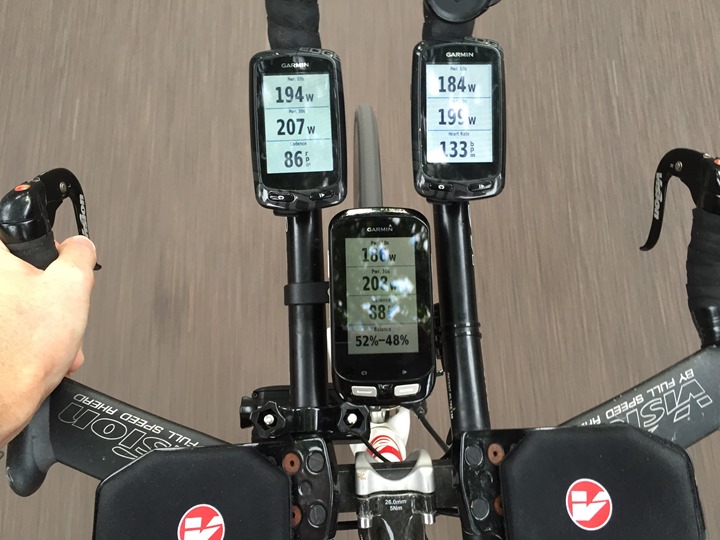 While in the ‘things that I haven’t yet written about’ front, I’ve got the Verve Infocrank long overdue for its review to be published this week.  I’ve had that data and photos done for months, just been trying to get through products that folks have shown/demanded more interest in.  So while there is certainly more riding to be done on the PowerTap C1 and bePRO pedals side, I can at least push out the Infocrank review.  The simple goal being to clear out all power meter reviews prior to Eurobike at the end of the month.

Speaking of those two that I did ride with this weekend.  Things are definitely looking much better than last week – both in terms of the offset (which I believe the Edge 810 was actually at fault there due to GPS time not being quite correct), as well as the bePro having settled a bit more.  Once I corrected the offsets of last week, it was still showing a fair bit low.

However this week, it seems to be more in the game, perhaps a itty-bitty-bit high (a few watts more than I’d expect), but nothing too alarming.  There are many power meters on the market that require some settling in time, and this might just be the case here as well.

You can see when I zoom in, things look pretty good in terms of matching trends (with the caveat as noted that it’s a tiny bit high).  Do be mindful to note the scale on these graphs is different than above.

A few little sections I need to account for, but I’ll see how things go this week.  Though, I suspect my main concerns (if any) around the bePRO will actually be durability.  I’m not convinced the pods would last through a winter of use with sand, rain, and other oils on the road.  Pretty summer-time riding is easy.  But winter?  That’s a whole different ballgame.  Hopefully by the end of the month I’ll have a clearer idea of how things are holding up and trending.

3) Recovery from the Giveaway Extravaganza:

This week was exhausting.  It’s semi-interesting looking at the graphs from the Withings Aura*.   Partly because it felt like I got far more sleep than I actually do.  And partly because the weekend was still broken up in semi-wonky ways.

As is often the case I’ll read before falling asleep, usually just the news and Twitter, which you see below.  However, what’s not captured is falling asleep on the couch at the office for 2-3 hours Saturday afternoon/evening.  That couch does not have sensors in it.

The same is true here, reading for a while.  But, the large gap is when we had to go do an early morning Cupcakery delivery.  So you see no data while I was gone.  Then I got back, answered some e-mail for a short bit and then fell asleep for a few hours before lounging around for another 30 minutes or so.  Of course, all of this somehow still totaled only 6hr and 53 mins.

(*I know, you probably want a review on it. Perhaps some day.  Today is not that day. Nor this week. It was something I bought on a curiosity last year, and it’s steadily got better since. Maybe I’ll write a review on it once they enable the ability to pair it as a standard Bluetooth audio speaker to my phone.  Otherwise, it’s just the worlds biggest bedside speaker that you can’t pair.) 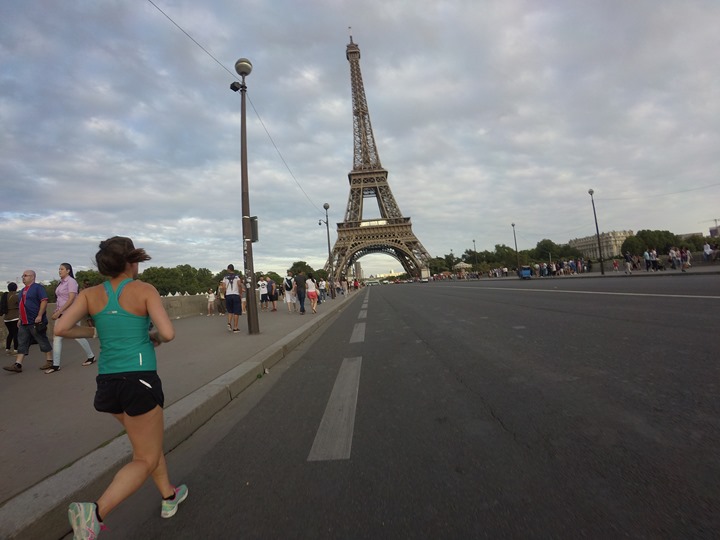 We were back out running together Sunday night before dinner, with another loop down to the Eiffel Tower, though this time in reverse. 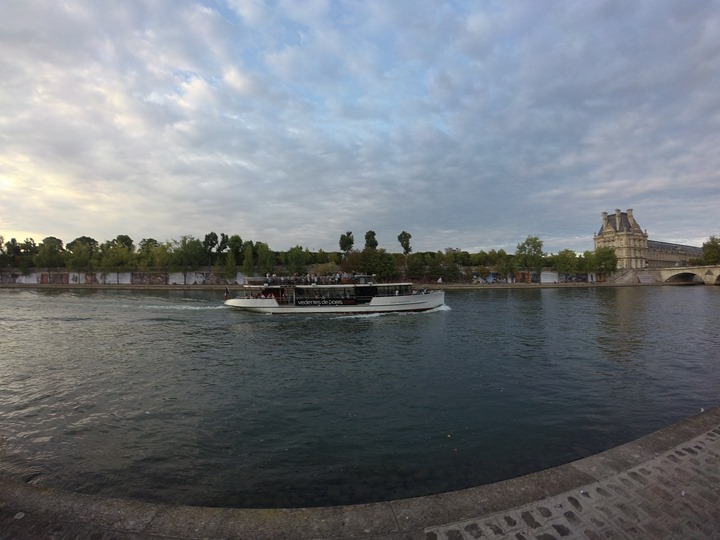 Thankfully the temps were a bit cooler this time, and also a fair bit less humid.  Woot to lower humidity!  Otherwise, pretty much just a nice easy and normal run.

5) A very short jaunt to dinner

After our run we headed out to try a new dinner spot.  Well, it wasn’t new, rather, it was the first time we’d try it.  Made all the more funny in the fact that it’s all of perhaps a 50m walk (line of sight it’d be perhaps 25m from our stairs if we didn’t have to walk around the building’s side).  Of course, both it and us have been here three years. 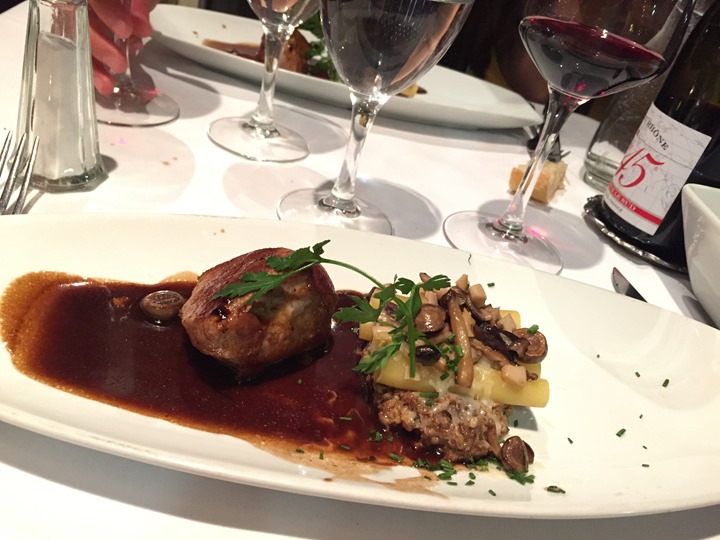 While it may sound odd we hadn’t gone there yet, there are at rough count 14 restaurants within a 100m radius of our front door. Some of them fantastic, some of them so-so, and some of them downright horrible.  We walk past almost all of them at least 1-2 times a day (if not 4-5 times a day), so you eventually get to see many of the dishes they serve.  But this ones has less of a front, so we didn’t usually see as many dishes.

In any case, the menu was awesome.  They had both a tasting menu as well as a regular menu.  The tasting menu simply being a higher quantity of smaller portioned dishes off of the main menu.  Fantastic food. 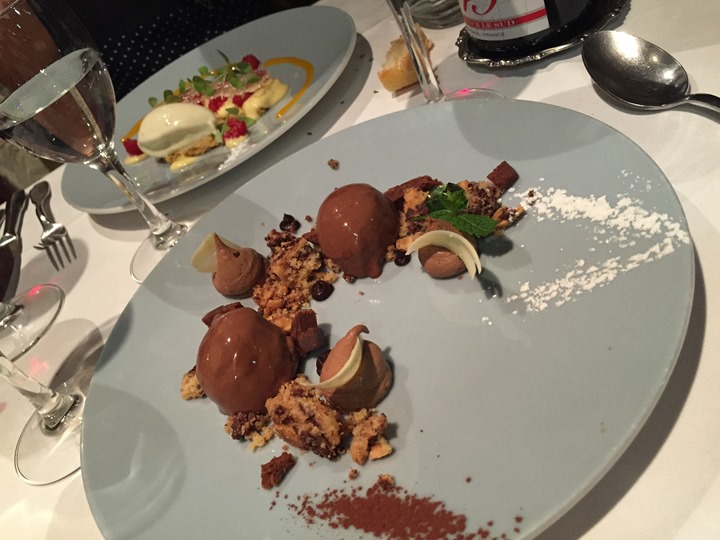 Definitely on our list to go back again, even more so since they were friendly and knew a fair bit about the food.  A perfect way to end the weekend.  Plus, the 30 second commute back to the house was kinda nice too.