A incredibly busy weekend – but, at least a sunny one.  Or, I suppose if you’ve been watching the news lately – a slightly smoggy but still sunny one.  I’m just happy without any rain. 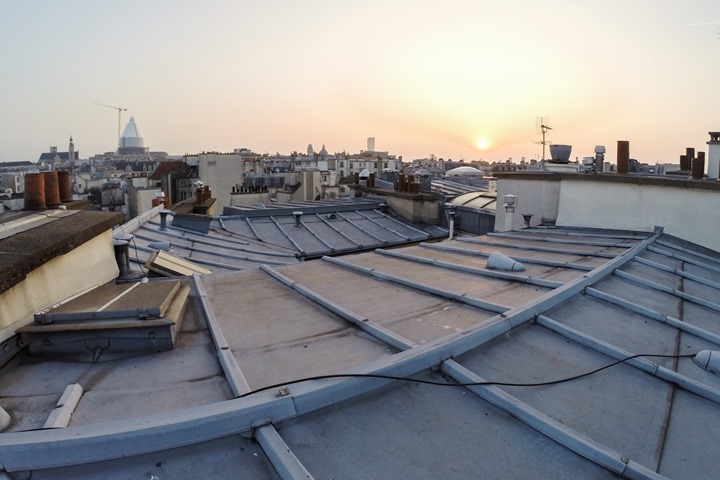 As part of one of the tests I was doing to validate how long battery coverage lasts on the Fenix2 for my review this week, I needed to find a way to get the unit to have a clear view of the sky.  While I’ve done  some tests indoors, the coverage is impeded, and thus, that actually impacts battery life (it has to spend more effort searching/tracking).  So I realized that we actually have a tiny little skylight in our bathroom that one can open.

We rarely open it, mostly because it’s almost always raining here.  But the last few weeks it hasn’t rained at all, so the thought to put something up there actually seemed reasonable.

While I was taking some photos of the watch sitting up there for the review (by just sticking my hand through the opening while standing on a dinner table chair), I turned the camera and took a few other random shots.  But my arm wasn’t quite long enough to see much more beyond the edge.

So I ran back downstairs and grabbed one of the GoPro poles I’d used in some action camera stuff earlier this winter, and rigged it up to a GoPro.  It looked like this: 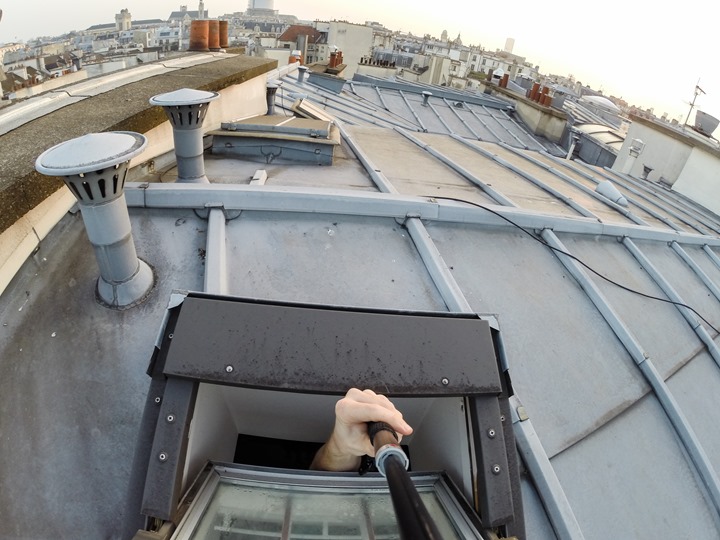 I had the GoPro paired to my phone to align the shots and take photos using the trigger on the phone app.  That worked well. 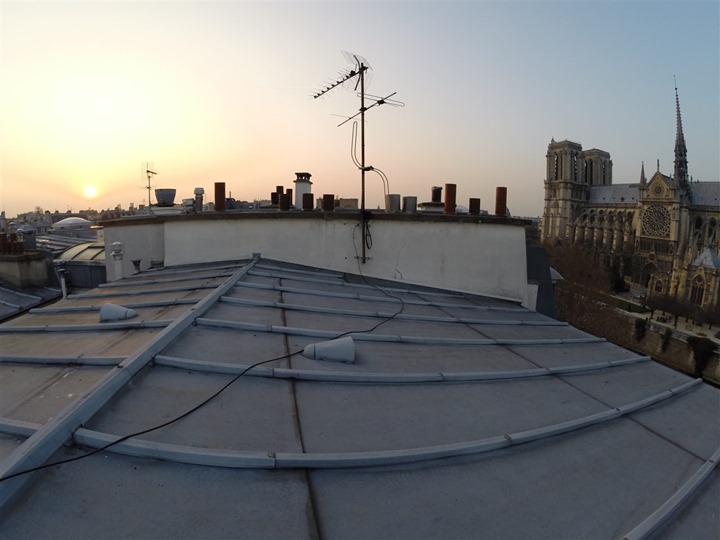 But it wasn’t until after I downloaded the photos that I realized that I could actually see the Eiffel Tower – far off in the distance.  The distance sorta shrouded by smog.  Though, the smog would get much denser at night once the sun was down. 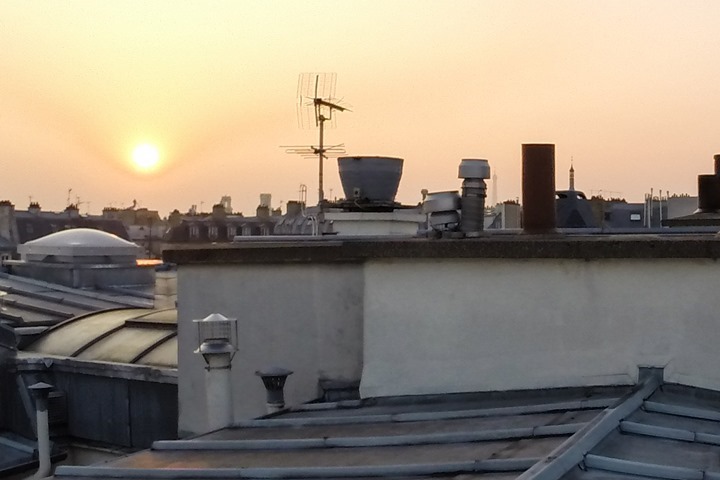 Back to the tower though.  See, check it out!  It’s the one on the left. 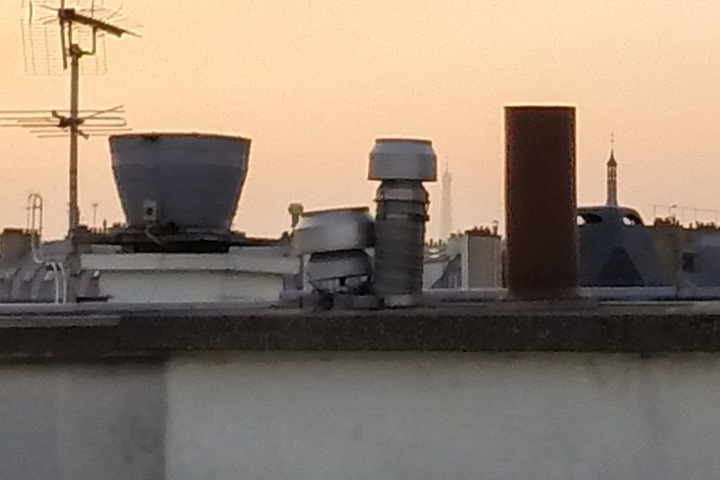 Perhaps another day I’ll rig up some higher quality camera + non-digital lens and get a better shot.  Regrettably, there isn’t any way to actually get up to the roof, nor sit up there.  As the little skylight doesn’t give much of a gap to fit through.

2) A shorter long run to the Statue of Liberty

This past week was a bit of a down week for me, typical for any training schedule.  Thus, my long run was only 90 minutes, compared to normally 2:00-2:30.  As has been the case lately, I started along the river.  And has also been the case, navigated among the masses out enjoying the day. 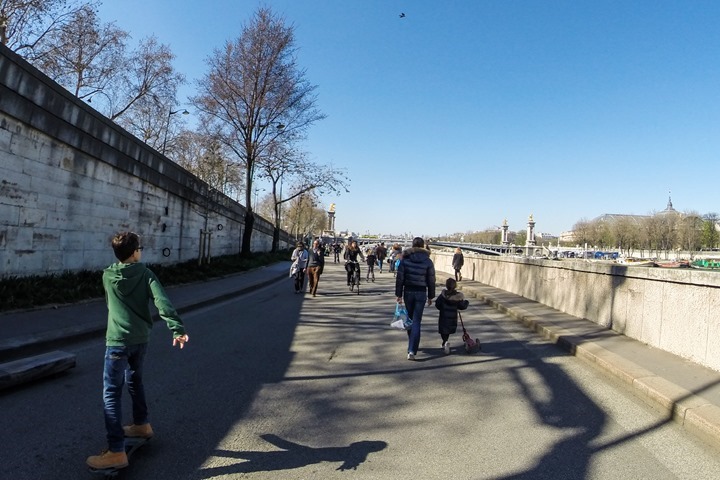 I hit the Eiffel Tower and decided to weave up and down the packed dirt avenues.  I typically don’t loop around the tower in the winter, since the rains often make it a muddy mess. 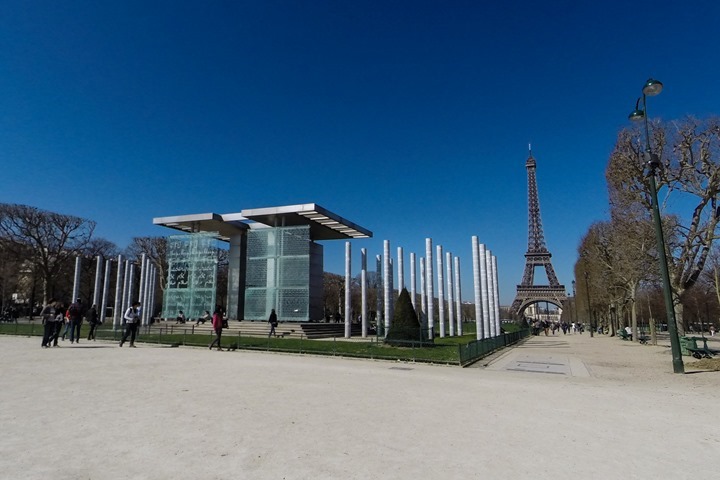 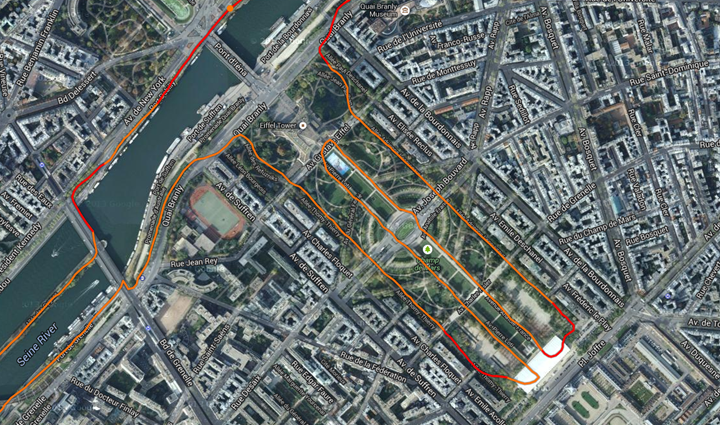 From there, I swung down and checked out the fake hot air balloon.  It’s always tied to the ground, but does go up some distance. 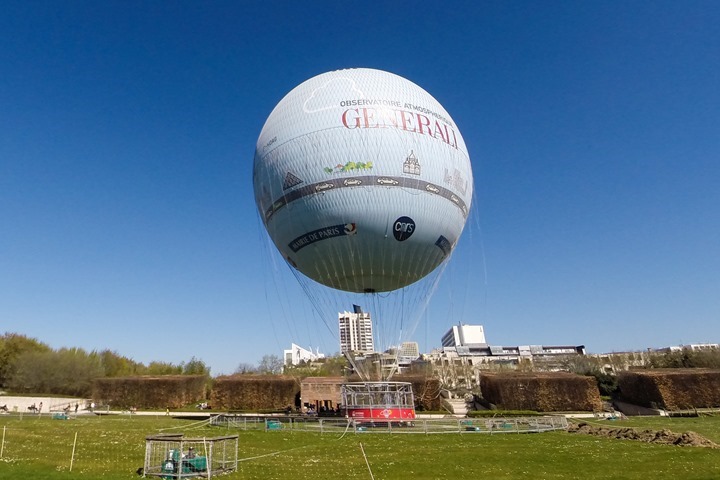 A few minutes later, I’d see it up in the air (tethered still), providing a view of the surrounding area.  Perhaps some day I’ll go up in it. 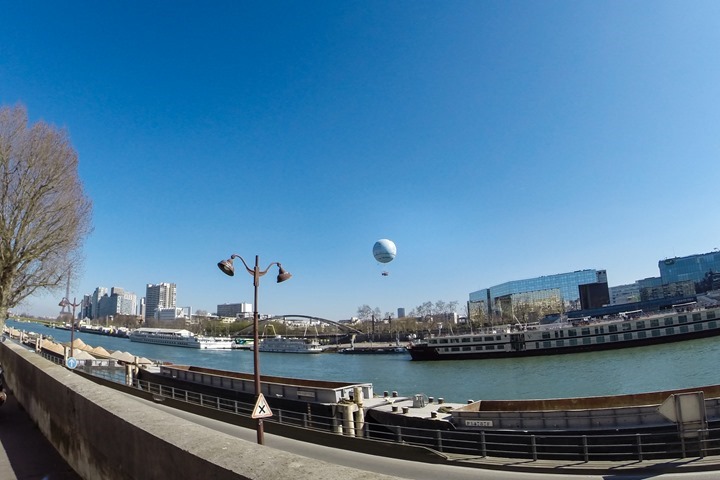 Soon I’d be hitting the mini Statue of Liberty that overlooks a temporary split in the river (Seine). 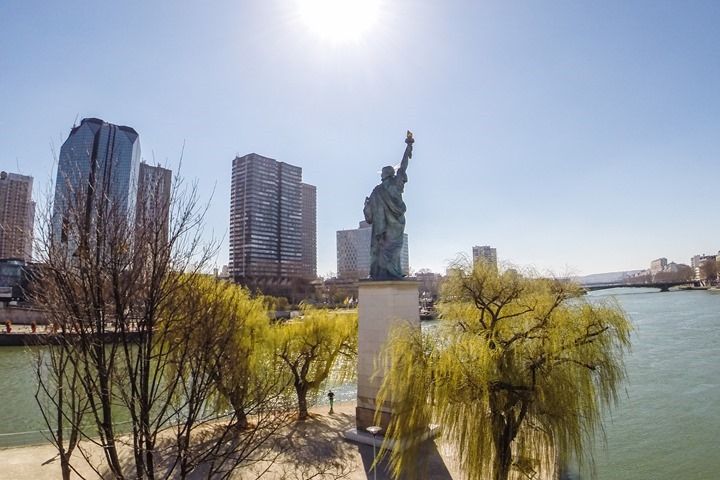 This skinny island in the river is always a nice place to run, as usually it’s fairly quiet, and without too many crowds. 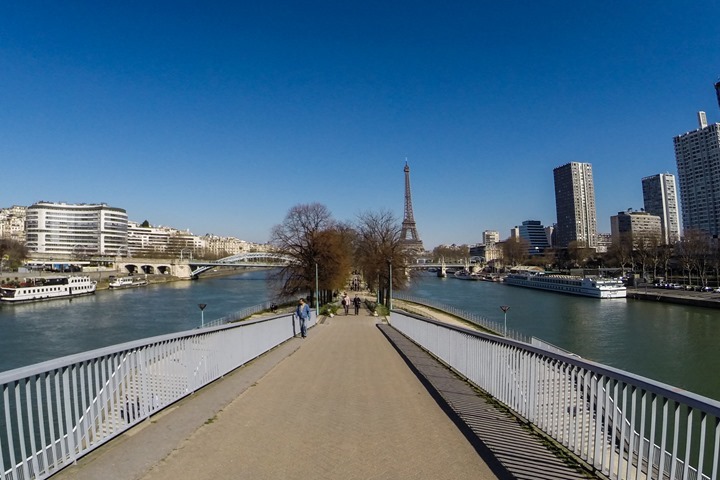 Eventually I’d finish up some 13.5-miles later, at the CupCakery to pickup a recovery drink.  A Diet Coke counts, right? 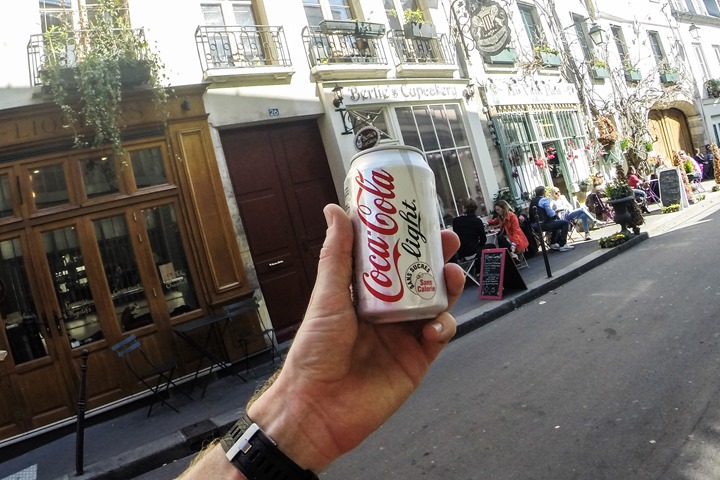 3) Played around with a new gadget

While it’s been many weeks since my DJI Phantom quadcopter came in, I simply haven’t had any time to go to the park and give it a whirl.  Today, after knocking out a bunch of other things with the Autolib, I headed out to a park further away to give the first flight a shot.

The below little spot was void of anybody else, so it made it perfect.  Plus, it wasn’t too big, nor too small.  Kinda like having the pool to yourself.

While initially one of the props didn’t spin up to speed correctly, I powered it off/on and all was good.

I’d roughly read the manual on the helicopter operation itself, but hadn’t spent any time yet with the gimbal/mount for the GoPro, so that pretty much just pointed down the entire time. 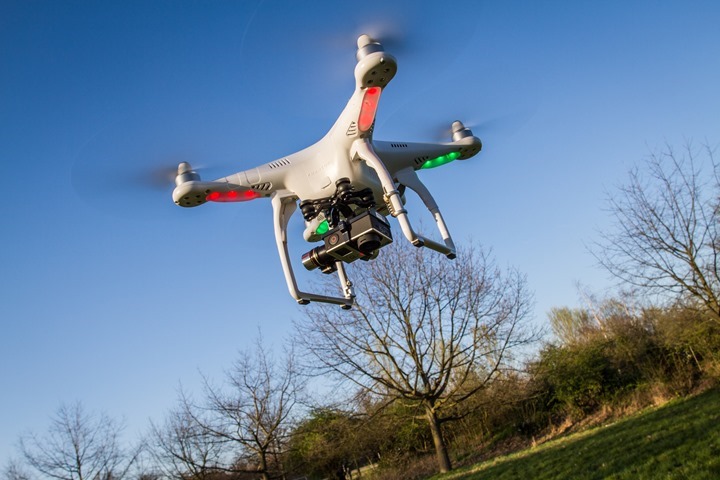 More importantly though than the downward dog camera’s viewpoint, was that the flights were all successful.  In this case, success is simply defined as having not crashed.  Gotta start small. 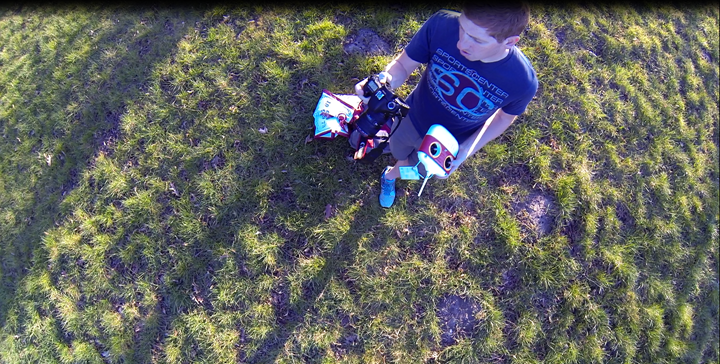 Actually, in reality I have a fair bit of RC aircraft experience, albeit all in fixed wing (airplanes).  I used to enjoy building them and flying them.  But haven’t in a few years now. 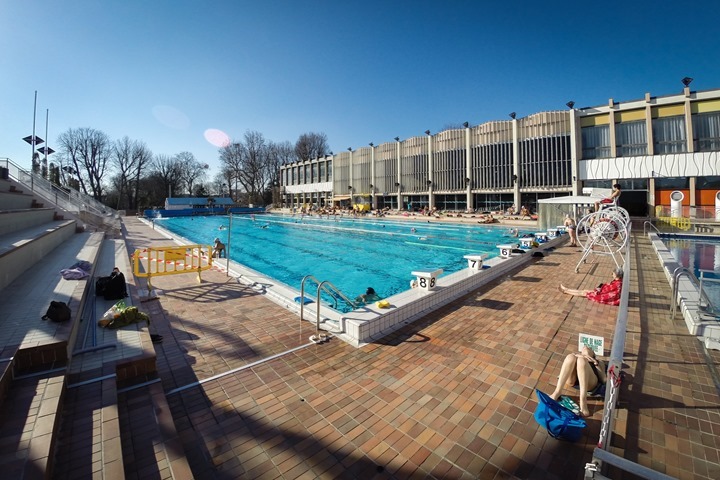 A few weeks back a reader sent me the above pool as a great place to get in swims, but also be able to get photographs of various swimming devices.

This pool resolved both of those issues.  It’s not quite in Paris proper, but rather about a 15-20 minute drive (via Autolib).  But that’s fine.

And best of all – it even has palm trees! 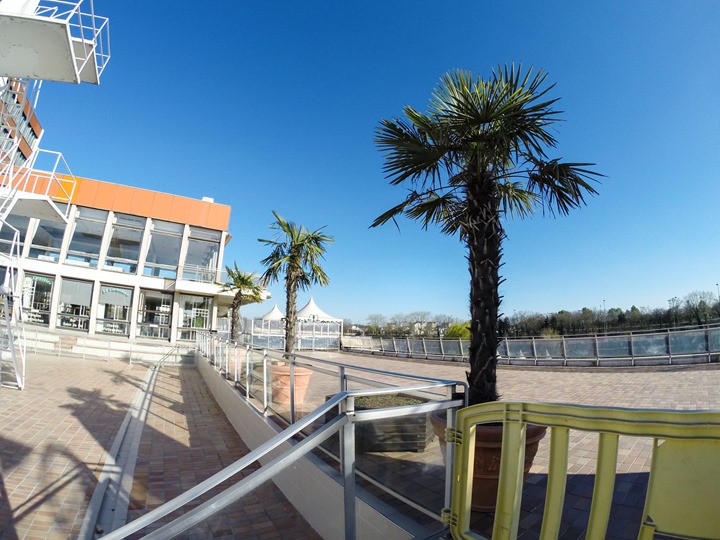 5) The rest of the time, I prepared reviews for this week 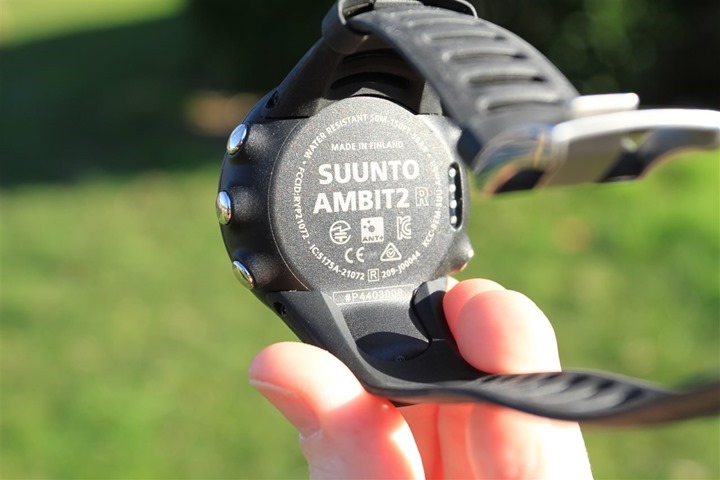 The current plan has two reviews coming up this week – the Ambit 2R, and the Fenix2.  Thus, thousands of photos were taken in preparation for those reviews (only a small handful of which actually makes it to the review).

It’s gonna be a busy spring…so gotta get things out the door!