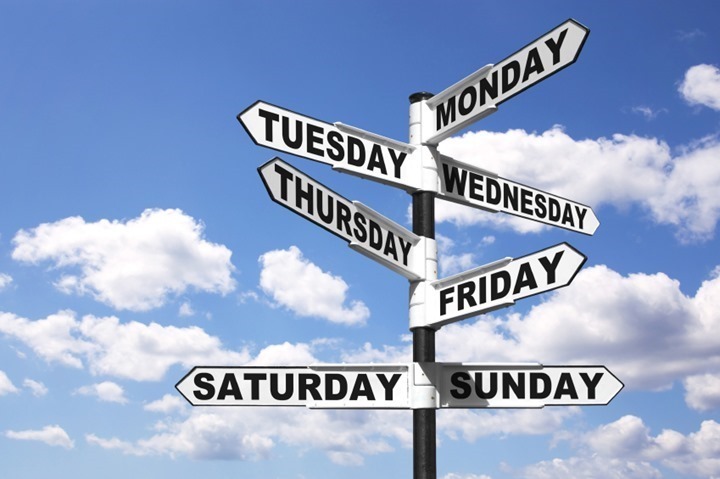 1) Wildebeest herd nearly takes out man during running race: The man was racing the Impi Elite, which is sorta like one of the various Mud Run style events – but run in South Africa. Unreal video, starting about 1/2 way through. (via Andrew S.)

2) The 2014 Tour de France Route Announced: Here’s a good overview post of the key stages as well as route, etc…  Here’s the far more detailed dive into the 2014 route.

3) Simon Whitfield retires from competition: While he retired from Olympic-distance triathlons last year, he announced this week retirement from competitive sport.  Another look at some photo highlights.

4) Nokia joins phone step-counter game: Nokia is the latest phone vendor to add step-counting to base apps loaded with their latest Windows Phone, and will introduce it early next year.

5) A North Korea Bike Race: I somehow missed this before, but stumbled on an article linking to it from this week. Interesting.

6) Early short-edition of Kona TV coverage: This is a shorter 26-minute variant of much of the HD chopper/full production crew footage that you’ll eventually see on the NBC cut (WTC contracts with NBC to produce the special each year, similar to a paid infomercial).  This was apparently for Australian markets over the past few days. (Via Jay Prasuhn)

7) 82-year old man runs marathon, sets new time record: Apparently this guy’s name needs to be added to those shirts that people wear during marathons with goal times to beat like Oprah’s. Must-run-faster than 82-year old!

8) Forget Hotel Room Service…Order a Bike: This is awesome, I need to stay at some of these hotels.  You can actually get a bike to ride while a guest. (via Wahoo Fitness Twitter)

Deals worth noting: Suunto and Garmin

Just as a heads up/reminder, the Garmin FR210 and FR610 have rebates through mid-next week (when they end). For the FR210 you get $25 off, and for the Garmin FR610 you get $50 off.  These are combinable with the Clever Training discount code that gets you 10% off (the 10% is of course applied to the retail price, the rebate comes later).  The coupon code for that is DCR10BTF and you get free US shipping on either unit.

The Garmin PDF rebate form can be found here.

In addition to the Garmin sale, Suunto has also discounted all their Ambit 2’s by 15-20% (except Sapphire).  This is less than the much steeper Clever Training exclusive discounts you saw a few weeks ago, but, is better than no discounts.  Note that the DCR 10% coupon does not work here, but free shipping applies.  And, in this case if you use the links below it helps support the site.

Links to all the variants:

I know many of you shop via eBay instead of traditional retail channels.  So I’ve collaborated with eBay this holiday season to put together collections related to sports gadgets.  I’ll be adding to these as the slew of new devices hitting the shelves over the next couple weeks start showing up, but here’s a bit of a peek into the collections (a total of 12 are coming).

Angel – the first open sensor for health and fitness: A pretty interesting little activity/HR/etc tracker.  The April 2014 timeframe has me worried though, that’s a bit far out and implies lots of unknowns still.  That said, pretty cool technology. (via Eli)

Polar Beat App released to more markets: In addition to the changes noted below in the Apps section, it was also released to a number of international markets.  Details in the link.

iPhone 5s Calibration issue has been fixed: This was referred to in the previous two weeks worth of updates, which impacted some sensors. 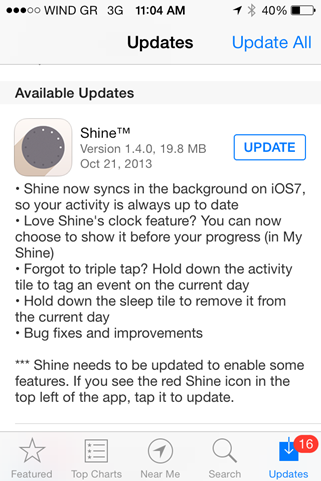 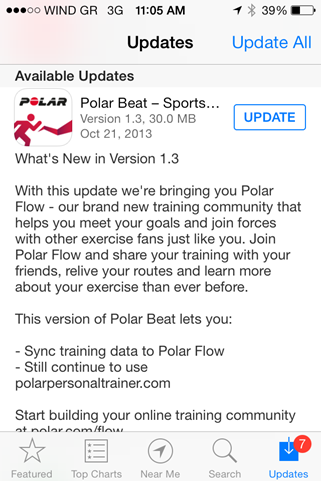 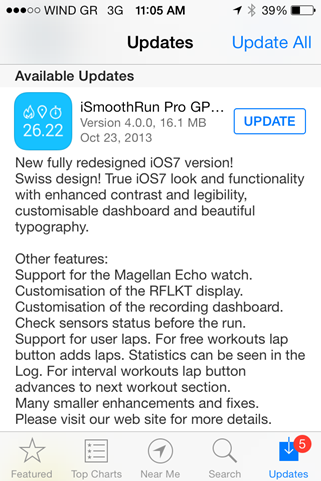 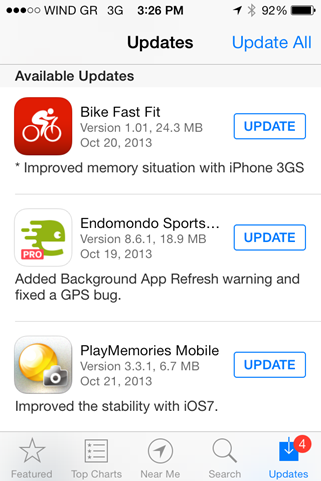 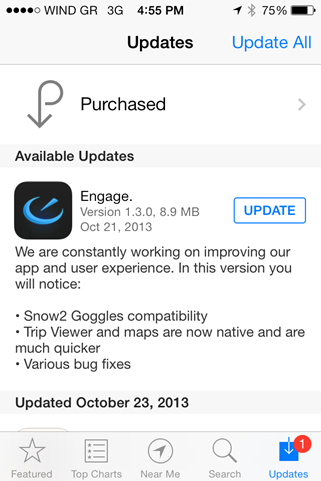 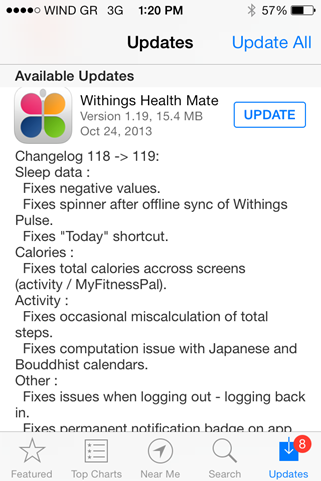 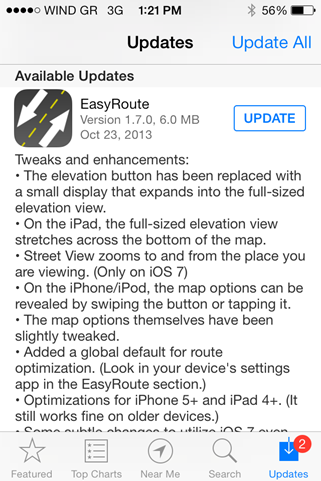 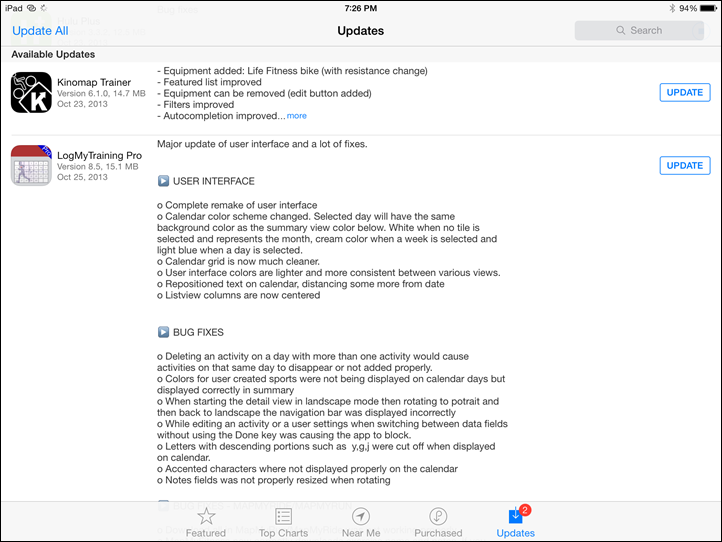 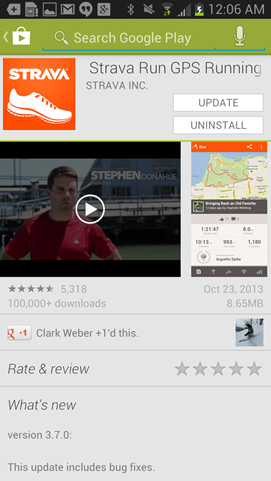 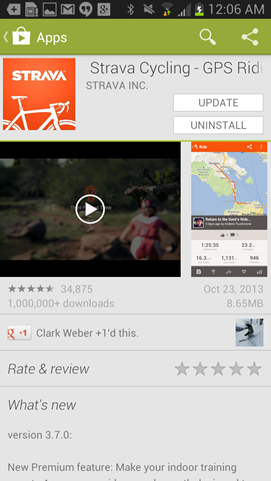 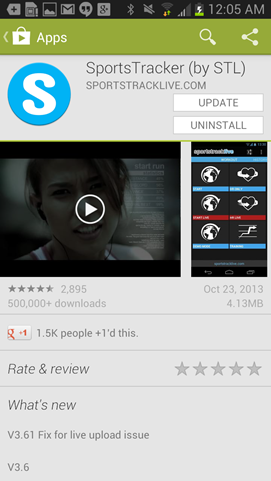 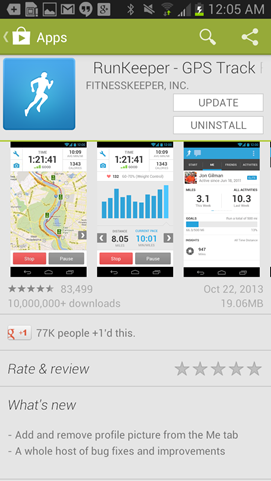 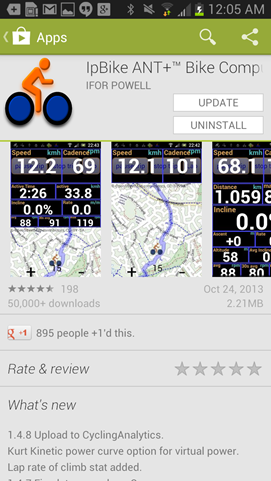 (No Windows Phone sports-related app updates on my phone)