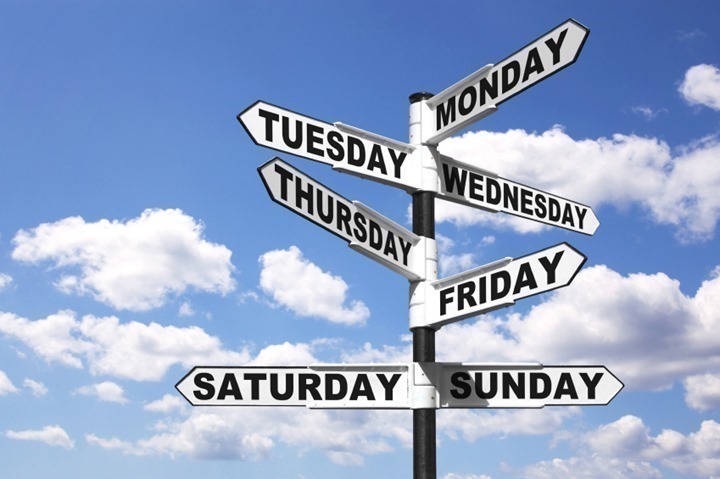 Monday: A look at the competitive booth games of Interbike

Friday: Curiosity/Survey: Do you use a different device for running than cycling?

A few weeks ago Garmin made available the FR210/FR610 rebates, knocking off $25 and $50 respectively for the purchase of those units by the end of October.

I purposefully waited on making them noted here, given the FR220/FR620 watches were coming out. With the rebate value of only $25 (off $200) and only $50 (off $350), I personally wouldn’t take the deal unless you really need a watch this week and can’t wait a month for the newer units.  Instead, I would purchase the FR220 or FR620.  Especially if you were considering purchasing the FR620, I’d look at the lower price of the FR220 as a rebate in and of itself, since it has a slew of features that used to be reserved for the FR610 product (that the FR210 didn’t have).

Nonetheless, if you’d like to support the site – feel free to pickup the FR210 or FR610 using either of those links, plus remember to add in the DCR10BTF coupon code for 10% off your cart upon checkout and free US shipping.  The rebate comes from Garmin after purchase.

1) Woman wins marathon, despite planning to run half-marathon: A pretty interesting story where a woman took a wrong turn missing the half-marathon finish, yet decided to keep on going along the marathon course. Mid-way through that fail, she got ahold of the race director and they cleared her to switch events and ultimately take the crown.  The RD makes an appearance in the comments section that’s worth scrolling down to. (via Bia Twitter)

2) A look at Endurance Coach Joe Friel: I found this interesting because it gets into the financial side of his business (specifics).

3) A One Man Peloton: A DCR reader is cycling across the country currently, and here’s his photo filled feed.  Fun stuff, good luck Eric!

4) Engineering RunKeeper on iOS7: For the iOS app developers in the crowd, or just geeks, a good post by the the RunKeeper engineering team on the behind the scenes of the iOS7.

5) In Paris, Thefts and Vandalism Could Force Bike-Share to Shrink: It’s pretty astounding at just how many bikes are stolen from the Velib system here.  (via WashCycle)

6) Boston Marathon 2014 Qualifier Acceptances: A look at what times ended up making the cut this year now that registration is closed. (via Competitor Group DC)

7) My Asics 2.0 provides adaptive training plans to runners on Android and iOS: Best I can tell, this is really just an app and not some additional technology in the shoes (though it does claim to have some sort of smart-coaching in it). However, long term I think we’ll continue to see convergence there (like we see with Adidas).  (sent in by Ken)

8) Interbike Observations: A good piece from Greg over at Slowtwitch on how he approaches Interbike each year. Worth the read.

9) Perhaps the best Vine ever: I’m not a huge Vine person, but this is pure awesome. Treadmill vs Goldfish. (via Wahoo Fitness Facebook)

10) A detailed look at understanding and editing with GoPro footage: If you edit GoPro videos, this is absolutely worth the read.  For everyone else, it might be a bit over the top.

12) Photographer Embarks on 40,000km Bike Trek Around the World with His Camera: Well then, that makes my rides seem a bit inadequate.  Cool stuff though, love the photos and tracker.

13) Would you pass a Dutch bicycling exam?  Fun little quiz to see if you could pass the test. (via Tails Twitter)

FORTIFIED: Bike Lights That Last Forever Interesting concept, but honestly it’s still something to charge. I love the units that illuminate based on magnets with the wheel.

FitTrip: The World From Your Gym. iPad software suite for training indoors.

Wind-Blox: Wind noise reduction thingy for your helmet. I didn’t personally realize this was an issue, but, to each their own. (Thanks to Eli for finding)

TrainerRoad updates: They’ve rolled out a new website in the past week, as well as launched a bunch of new cross plans.

Garmin Fenix Firmware Update: The Fenix got a few minor updates including the ability to fully utilize the ANT+ Speed/Cadence sensor while indoors. Previously you couldn’t configure the wheel size. (via GPS Information)

Peripedal v2.0.0: This update removes the previous 8 ANT+ sensor limit, which in turn allows you to further increase multi-rider scenarios to a total of 8 concurrent users.  It certainly seems to me like Peripedal is quietly working away on making itself a very viable ANT+ trainer multi-rider platform for classes/centers that previously used the CompuTrainer and are now looking at the Wahoo KICKR and other trainers that will be adopting the ANT+ trainer control profile.

Strava Android Sufferfest App: They’ve uploaded a build for folks that are interested in playing with one of their betas. (via Strava Twitter)

4iiii’s Viiiiva Firmware Update: No link, just via the iPhone app. I did include a screenshot of the update down below though, albeit it’s impossible to read.

PowerTap Joule GPS User Guide Update: They’ve revamped quite a bit in this updated version, worthwhile read for Joule GPS users who may not be getting everything out of the unit today.

Tacx released their iPad App: Here’s my post from back in August about it. 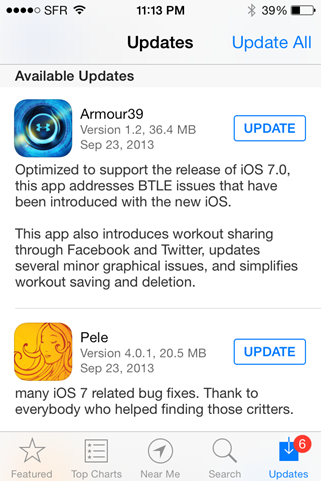 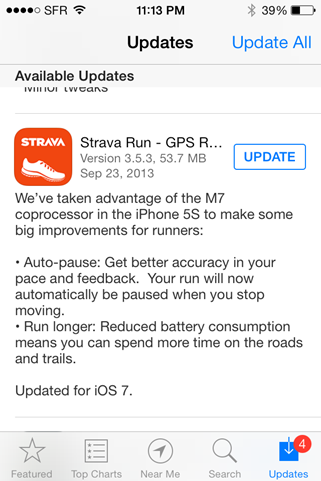 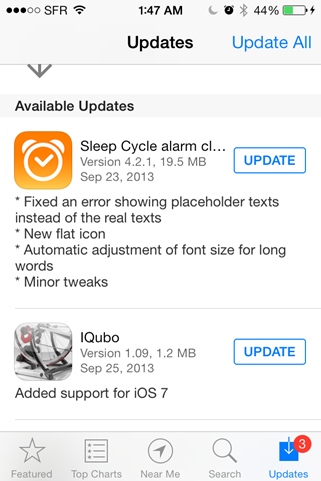 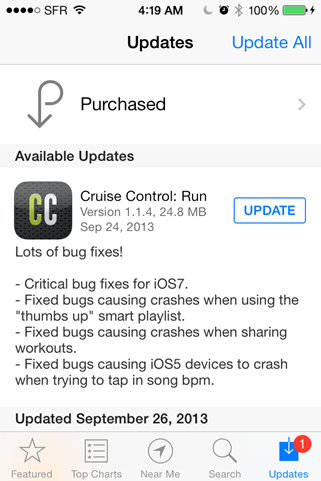 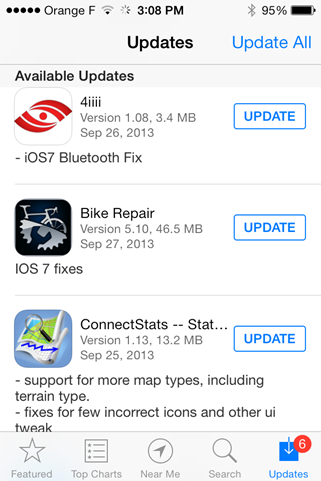 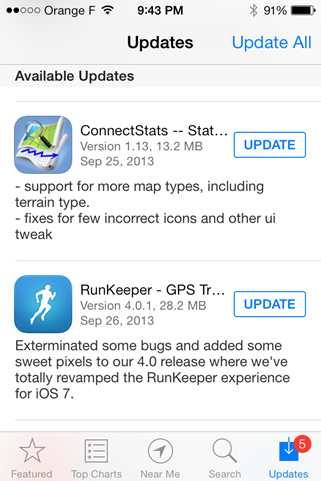 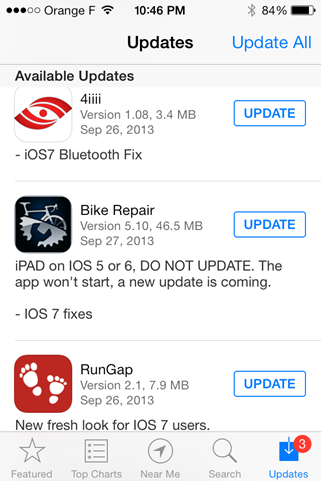 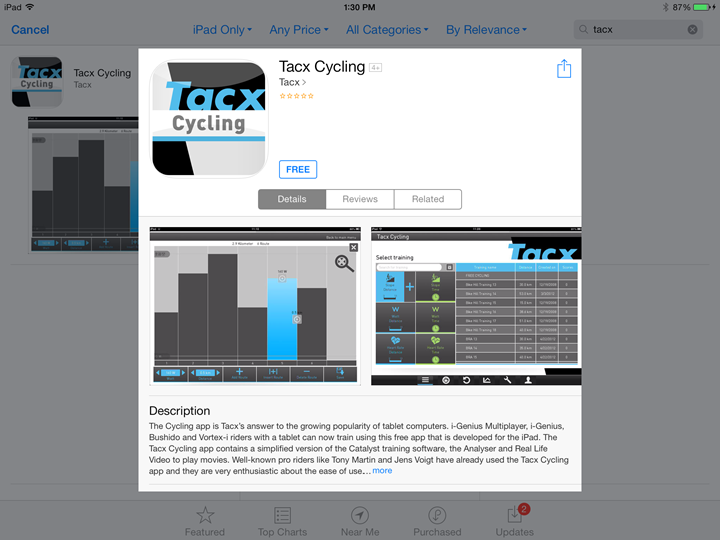 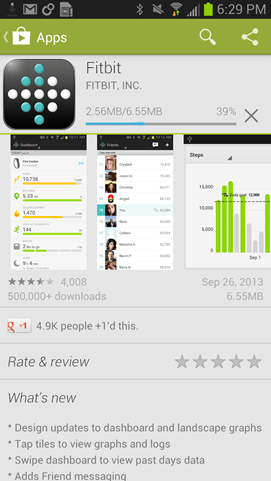 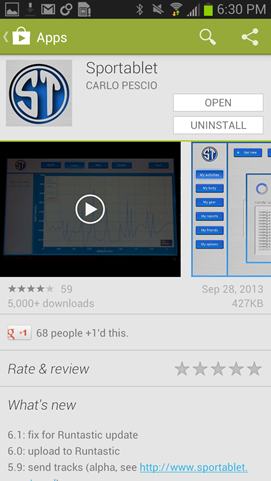 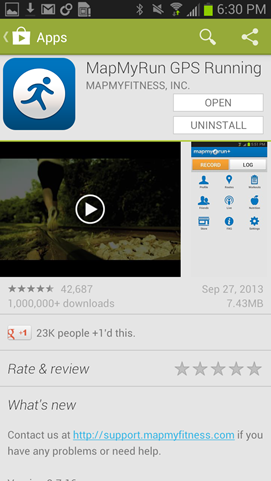 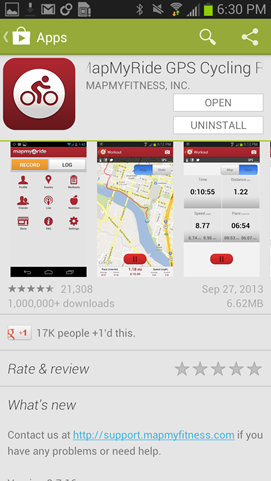 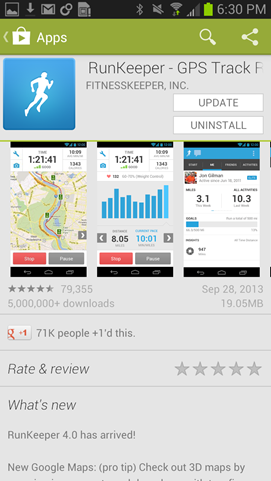 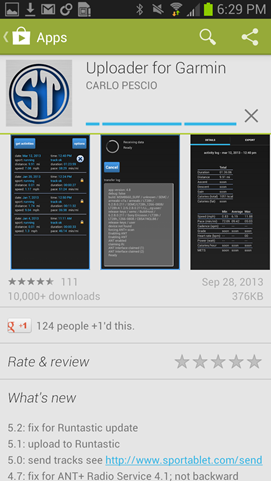 (Nothing updated this week, but this was notable and new, per above mention about being first BT Smart app) 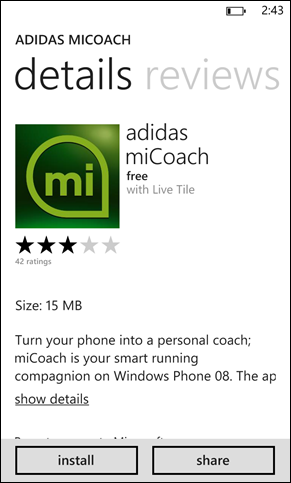 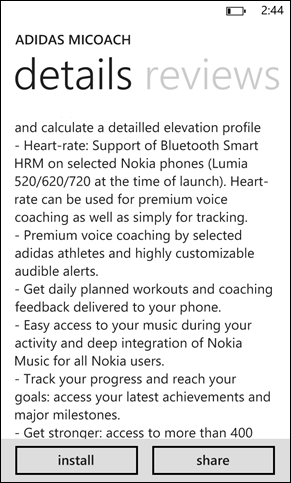