Testing out the Pebble watch with new RunKeeper app integration 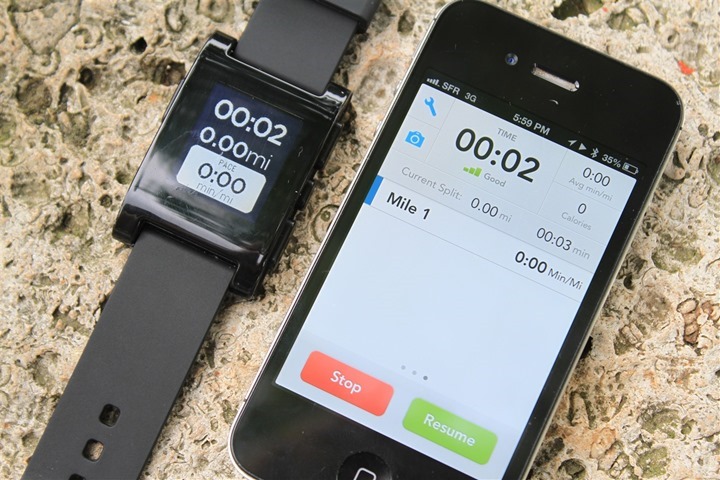 When I saw the announcement last week from RunKeeper and Pebble that RunKeeper had released the final non-beta integration with the smart-watch, I was excited to dive into it.  While the Pebble watch was certainly not the first smart watch out there (that title goes to a long line of poorly designed watches aimed at geeks like me), it was the first watch to get massive media attention.  Which in turn translated to massive Kickstarter sales and funding.  Becoming at the time the biggest Kickstarter project ever (by funds raised).

During their Kickstarter campaign a year ago both Pebble and RunKeeper had touted the potential integration between the two companies.  After all, it was the very first app partnership announced.  It seemed like it might just be the start of a new wave of fitness watches driven by the phone.  For those not familiar with Pebble as a concept, it’s a smart-phone connected watch that displays notifications from apps (be it e-mail, texts or 3rd party apps) on your wrist.  The idea was that apps could leverage Pebble for deeper integration and control – ultimately minimizing the need to remove your phone from your pocket.  It would still be there, you just won’t have to touch it as often.

However, after using it, there’s really only one word to describe it:

No wait, there’s another one.  Well, actually, an image might be better: 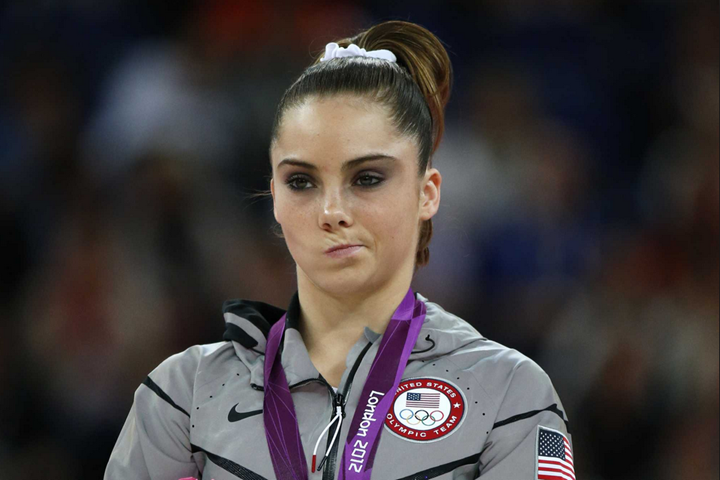 So why am I so un-impressed?  Well, let’s go through a brief overview.

First, you’ll need the RunKeeper app installed. Quite logically obviously, since in the Pebble ‘design’, the app is driving the experience.  No problems, I had that and was good to go!  Note, available on both Android and iOS. 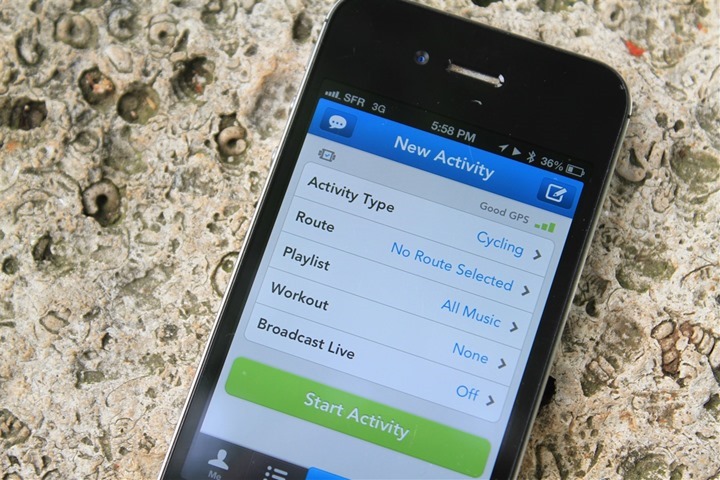 Now, there isn’t really any configuration options for the Pebble watch within RunKeeper. You can’t turn it on or off, it’s just…well…there.  You can see it in this tiny little icon in the upper left corner: 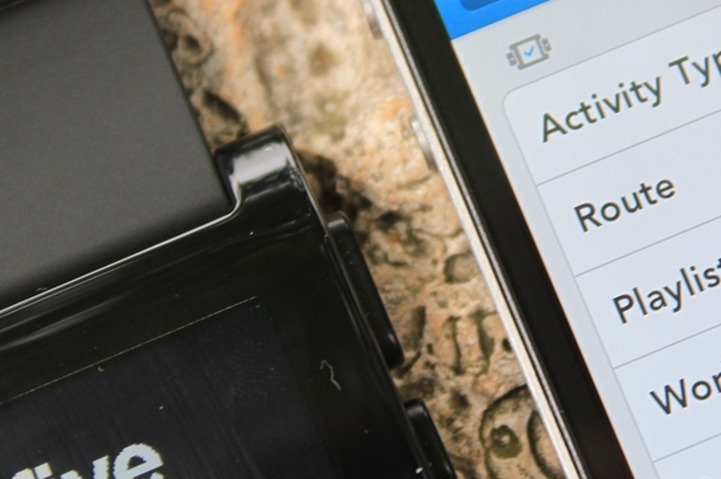 Essentially if your Pebble is nearby, it’s about to get RunKeeper’d.

Once that’s done, you’re basically ready to run.  You’ll just want to hit the big ‘Start Activity’ button on the app and stash your phone somewhere. 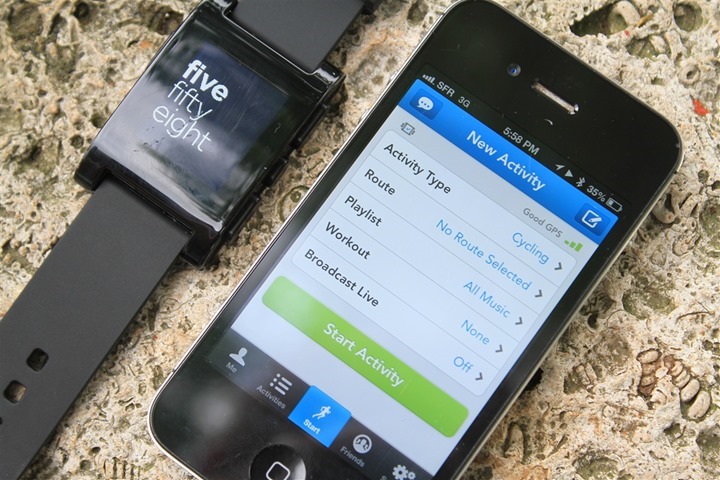 I stash mine in a simple armband.  Nothing fancy. 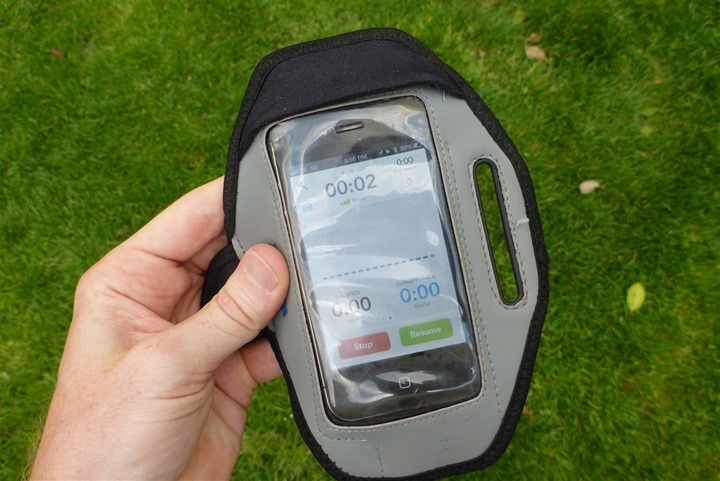 About 15 seconds later, the run will actually start. This is a timer delay built-in to ensure you have time to do the stashing.  In the meantime, the Pebble display will now change to the RunKeeper page: 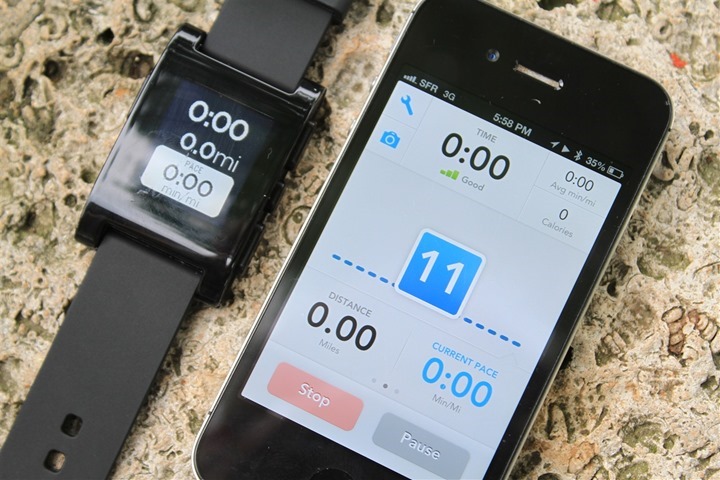 Once you’ve started your run, the watch will display your total time, total distance and average pace. 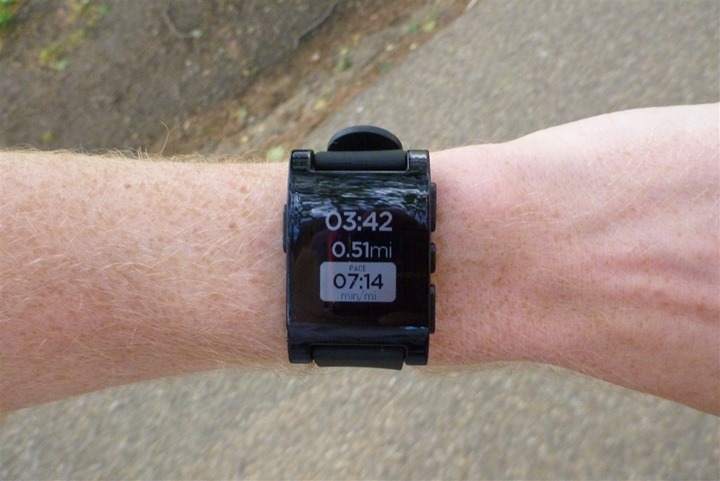 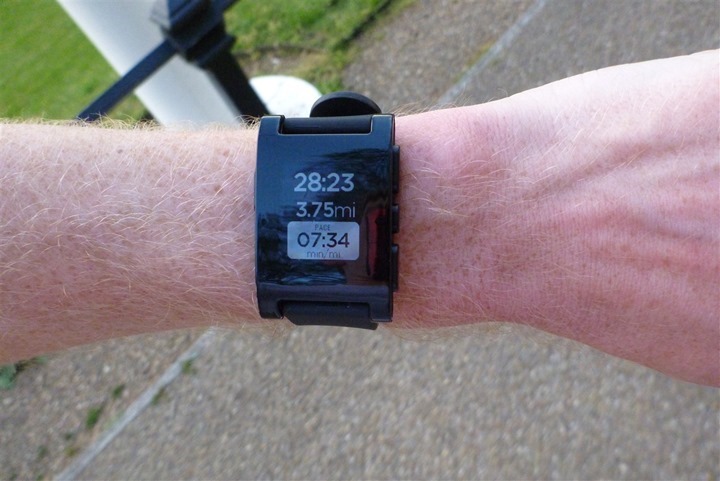 If you want to pause the timer (like at a cross-walk such as below), you simply press the middle Pebble button, which pauses the app on the phone instantly.  Same goes for resuming.  I’ll give credit where credit is due, this part works well. 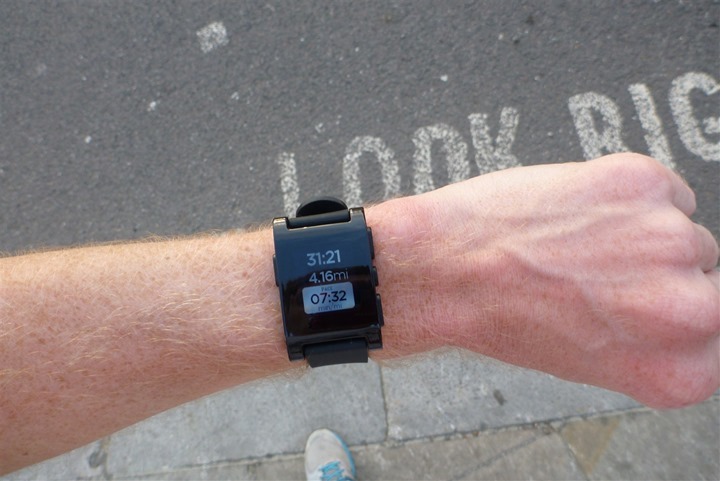 Next, if you want to change the display field to something other than pace, you’ll just press one of the up/down buttons.

You mean those buttons don’t do anything?

No worries, I must be able to configure it somewhere else, right?  You know, like in the RunKeeper app settings on my phone or something.  Or change to speed for cycling?  Or trigger a lap, right?

So, what can you do Mr. RunKeeper Pebble?

That’s it?  You mean, this post isn’t destined for In-Depth Review status?

And thus, the end of my Pebble/RunKeeper experience. 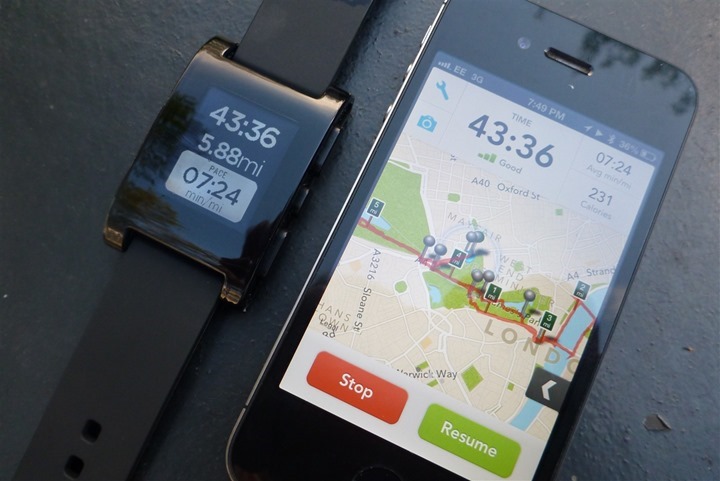 I guess I don’t get it.  As it stands now, the level of coding displayed seems to rival that of what a single high school student could do in an afternoon (without even a can of Mountain Dew or pizza).  They had a YEAR to do something cool.  And ultimately, it does the most basic thing on earth – display three non-changeable data fields.

They had a year to sit there and make a mess of Cambridge whiteboards on creating a kick-ass app that could have shown the rest of the smart-watch world what an app could have done in a connected device scenario.  Surely that’s 365 days of back of the napkin ideas that could have been implemented.

They had a year to leverage the power of Bluetooth Smart on the phone platform and do stuff like show heart rate metrics that RunKeeper already supports today.  How hard could it really have been to simply add a way to customize the data pages?  Or to create laps?  Or to show laps since RunKeeper was tracking them anyway. 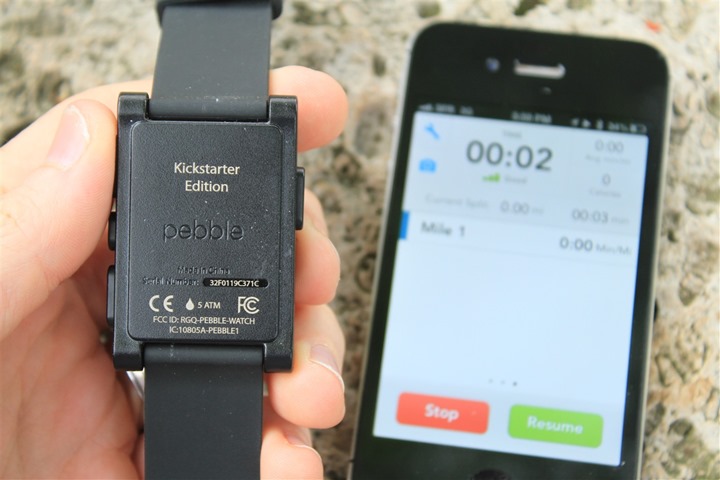 On RunKeeper’s site, they almost sound embarrassed about how bad it is. Just read the first three bullet points.  Maybe I’ll check back in the fall and see if they’ve spent any actual effort on it.  Ultimately, I would think that if anyone were to understand the importance of getting apps right, it would be Pebble in this circumstance.  After all, if they want to have any sort of a long-term play in the market (ignoring fitness entirely), they’re going to have to up their game with their partners on apps.  Being that as soon as the big players come along with higher resolution displays and touch screens (i.e. Apple), it’s going to be game over.  This is sorta their time to build inroads into the market with features and functions that make people go ‘Awesome!’…not ‘Ho-hum.’.

And while some of you may want to say the onus is fully on RunKeeper here, I beg to differ.  Pebble gave RunKeeper fairly exclusive access to the development side of things, far before any other apps.  They heralded it a year ago as their first app to join Pebble (one of the reasons I ‘backed’ Pebble).  As such, they would have undoubtedly been part of many discussions with RunKeeper on the state of the app.  In fact, the app we see today looks absolutely no different than the images we saw a year ago as part of their widely distributed press kit. 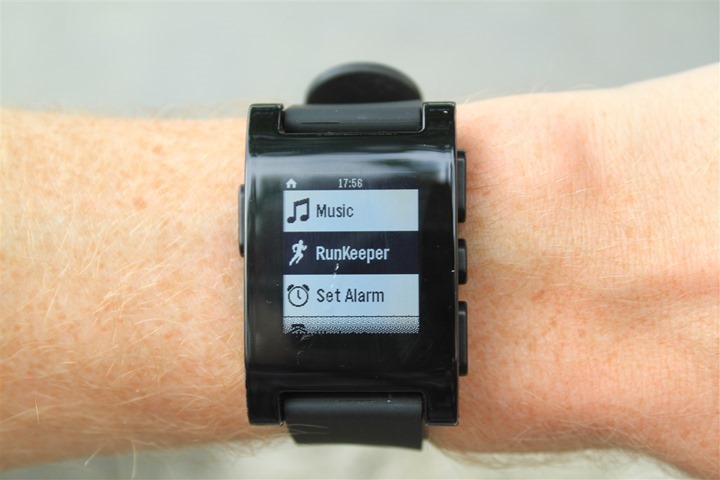 Thus for the meantime, the trend of crappy ‘smart watch’ experiences for fitness continues.  Someday we’ll get something worthwhile, but unfortunately today wasn’t that day.