Sunday: Week in Review–May 19th, 2013
Monday: A San Francisco Swimming Flight Connection Layover
Tuesday: How to download free maps to your Garmin Edge 705/800/810
Friday: A look at aerotesting with ERO Sports and the Alphamantis System

Sometimes I have notes on new products that don’t ‘deserve’ a full post by themselves, nor are they ‘In the Queue’ to review.  They’re just sorta ‘here’.  For example, a new color variation or the like.  As I noted about a month ago, a new color does not a full post make.  Or perhaps it’s something like the new Garmin HRM3 (though, given how many daily e-mails I field on it, I feel like maybe I should have written a new post on it – but of course then someone will complain that I put out a full post for just a strap…oh wait, someone did complain that I even mentioned it in a different post…sigh.).  Speaking of Garmin…

Garmin FR10 now in small sized black/silver: One or two of you saw the pictures of it on my wrist a while back while I was in Kansas.  Garmin decided to indeed go ahead with the small-sized FR10 in a neutral black/silver color.  I had a tiny amount of foresight to take some pictures then.  Here’s a few pics I snapped at the time (below, all the small sizes): 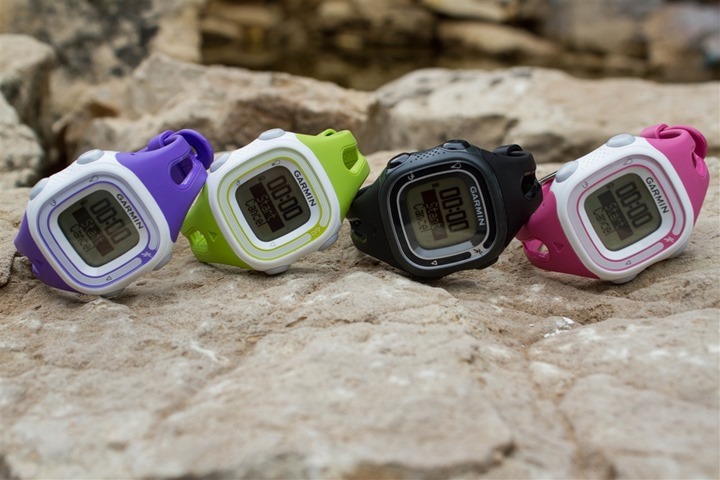 Then, below, the normally men’s looking colors, small one (black) up top, big ones (orange/red) down below: 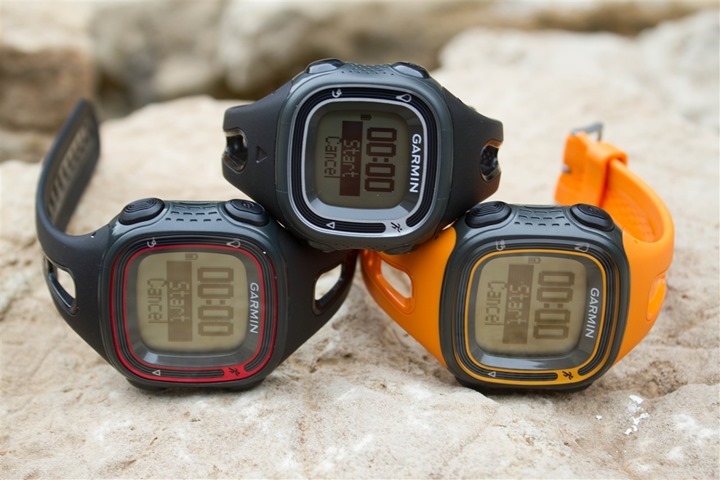 It’s still the same watch as any other FR10 – no other special features.  Just small sized unit for folks that want a smaller watch.  Pretty straight forward.

Wahoo now making quarter-turn compatible RFLKT mounts: Another item that I slipped a single picture in a long while ago (back around CES in January) though only one person picked up on.  These mounts replace the stock back of the Wahoo RFLKT, but are fully compatible with any Garmin quarter turn mount system (i.e. compatible with the Garmin Edge mounts like the Barfly).  A few pics: 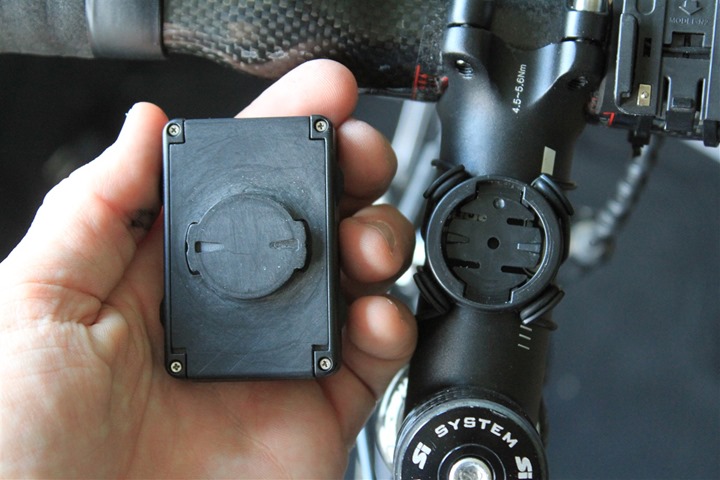 Here’s my unit mounted on the BarFly TT Mount: 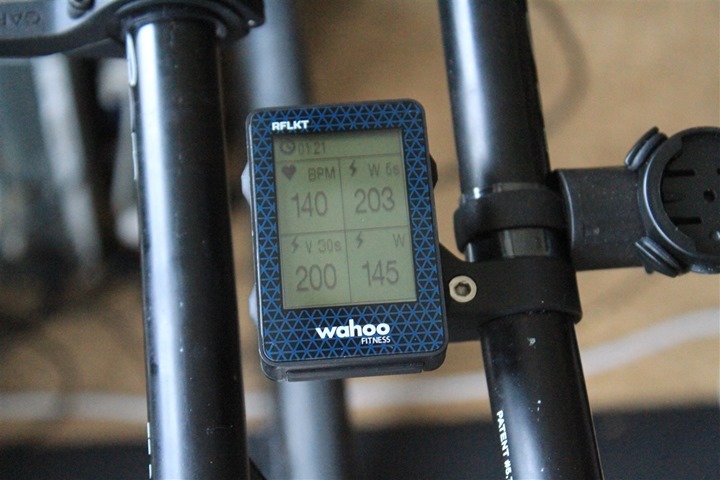 And here’s it mounted on the road bike I rented a few weeks ago: 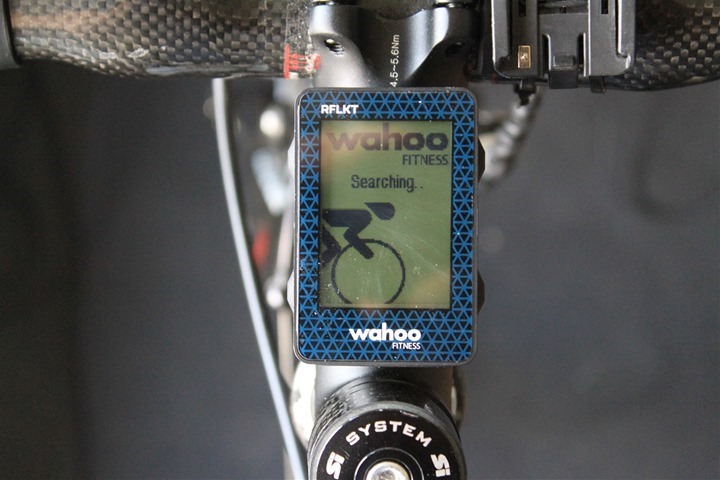 Wahoo tweeted out that they are now included in all new shipments of RFLKT units, and if you already bought a RFLKT you can shoot them an e-mail and they’ll happily send you a mount (well, technically a mount backing, but you get my point).  As for my review of the unit, my mental stake in the ground is when we see a Strava 3rd party app.  I’ve always been waiting until we see at least a few Wahoo RFLKT apps – as in plural – and that’s sorta my current thought as well.  Though I am and have been using the unit.  I would say many of you have provided great feedback and thoughts on the product and your use within my Queue post on it.

1) 20 Types of Athletes You’ll See at an Ironman Race (from a first-time spectator): There’s no way to describe this other than pure awesome. Absolute must read (if for no other reason than the photos themselves).  Yes, it’s almost a year old, but since I somehow never saw it before, it’s new to you. (Via Chris Z.)

2) City cancels marathon just 10 days before race, massive finger pointing ensues: Well then, this looks like one giant cluster.  Not sure blame is 100% in any one party’s camp, though it does seem to be heavily weighted on one side.

3) New Xbox One Kinnect system includes visual heart rate system: Looking forward to seeing some demo’s of this or how well it works in real life.  Pretty interesting.

4) How to download your Zeo data before you can’t anymore: As I’ve noted in the past few months, Zeo has gone kaput.  And while there’s the chance someone will buy them or their assets, I’d still ensure you have a copy of your data.  Full instructions at the link.

5) How to do running race photography with an off-camera flash: This is interesting for the semi-serious photography enthusiast.  Though I’ll admit that I actually don’t like the way the photos turned out.  Not sure why, just don’t.  Anyway, photogs will at least find the article informative.

8) Magellan giving away a Switch Up unit: For bike to work week…err…month?  In any case, send a photo of your bike to them and magic happens.

9) Is Michael Phelps planning a comeback? Anytime you add in a Lochte quote saying he can’t talk about it, it’s gonna make the news.

10) K-Edge sneaks new Garmin mounts: Interesting. Though, not 100% sure why I’d buy something with a lever when there are options out there with less complexity. (Thanks to Eric for sending in!)

GPS & Bluetooth Integrated Bike Handlebars with light: I love the technology…but really just wish they had gone with more generic bars – so it could be adapted to bikes other than single-speed.  Otherwise I’d back it in a moment.  Also agree with some of the comments here as well. 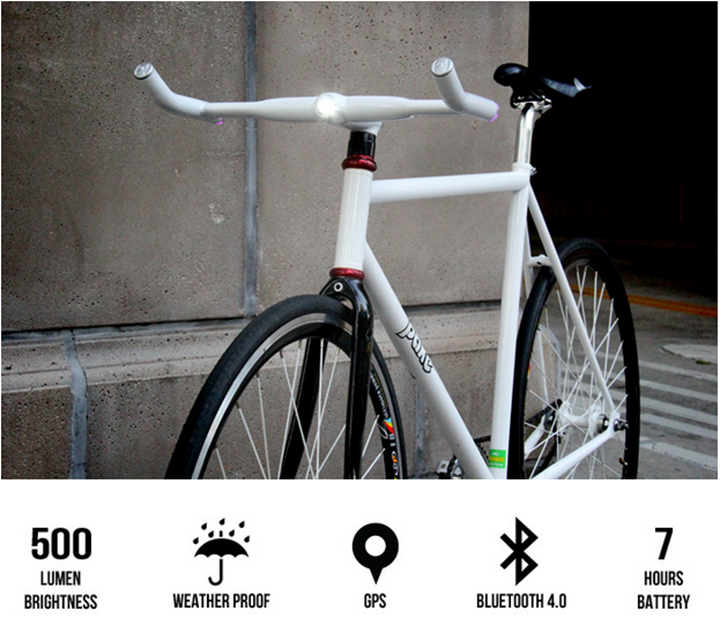 W/Me Wearable Health Tracker for Heart Rate Variability:  All I’ve gotta say is I’m confused.  I’m good with the visual design, I think some of the features are interesting (finding phones, HRV data), but I’m totally unclear on how or why I’d want to focus on breathing in day to day life.  Thus far, I’ve made it 30 years without thinking about it – they needed to explain to me how that’s going to improve my existence on this planet.  Not just “It’ll make you healthy”.

Reflective Digital Camo Tank Top Mens/Womens: Quite frankly the brightest top you’ll ever see in your life.  Designed to be reflective. 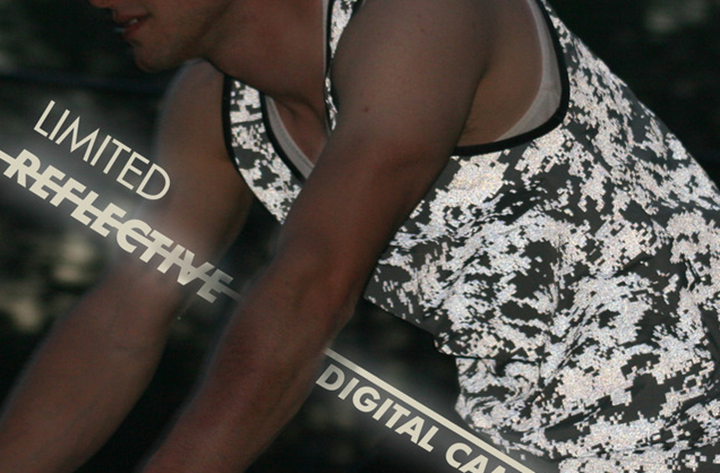 Half the Road: A crowdsourced video about women’s professional cycling. Video trailer here (sorry, they didn’t permit embedding on other domains for some reason).

ROTOR Power Updated their software: Hopefully this will go some ways towards fixing that I’m hearing from multiple readers has been a pretty rough release/experience.

Training Peaks Device Agent: This new device agent adds support for a number of devices, and fixes a bunch of stuff related to Garmin Fenix/910XT uploads, amongst other things.

Garmin Swim 3.6 Firmware: I haven’t updated my unit yet, I’ve heard rumblings that update may not be super-great.  FYI. 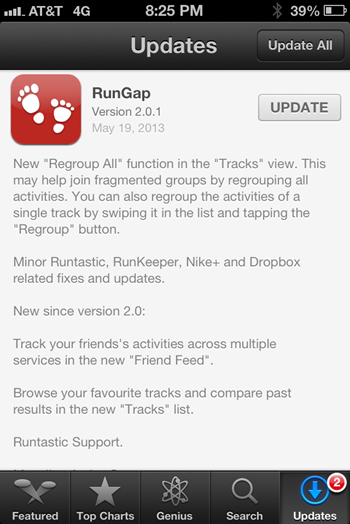 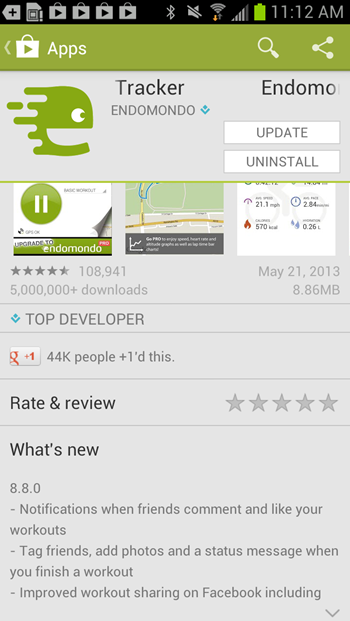 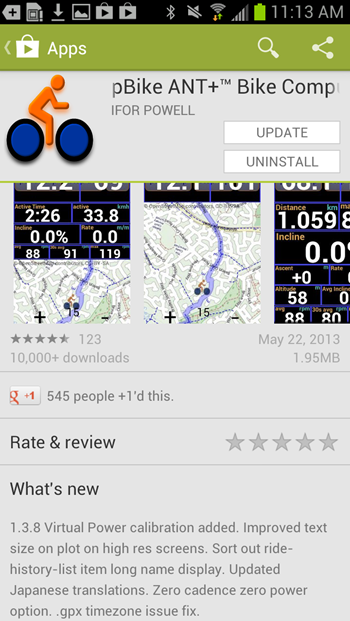 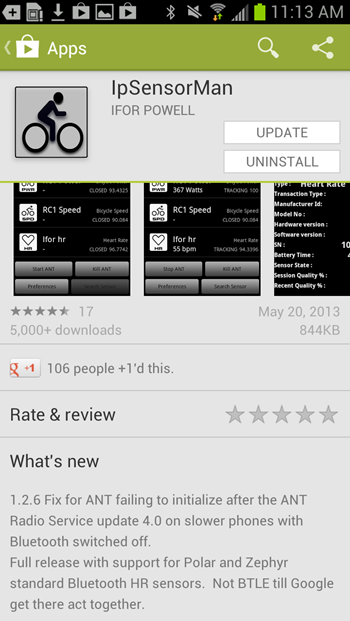 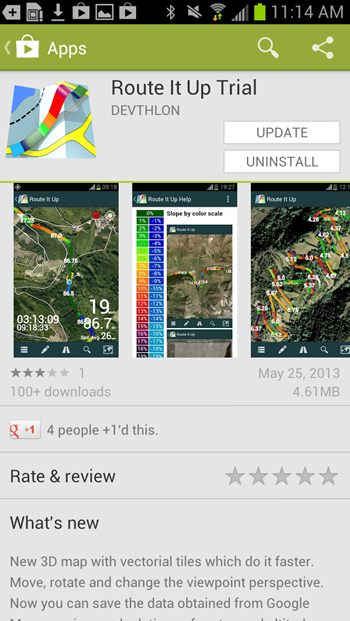 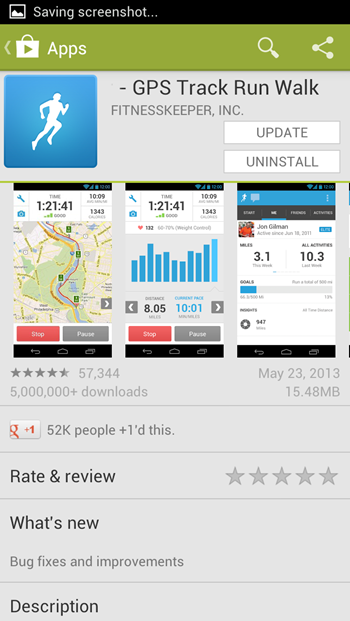