Wow, another crazy packed giveaway!  All in, there were over 1,900 entries!  Of which, 1,891 were entered in on the site, and another 19 folks came in from the US Active Duty e-mail registrations.  Thank you to everyone that entered! 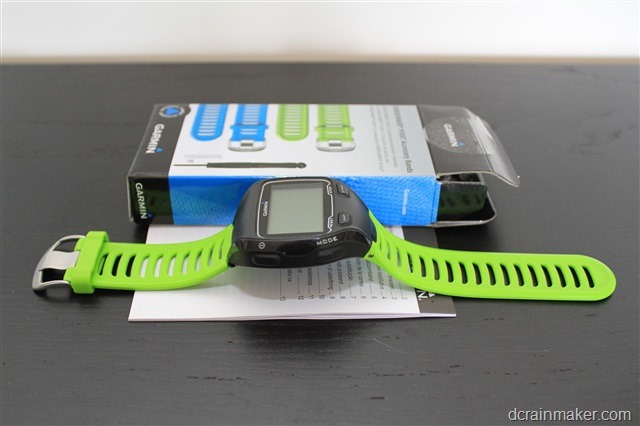 Here’s a quick sampling of some of your most memorable Kona related things:

“When I was 12 I flew to Australia with my dad and we had a layover in Honolulu. After gorging ourselves on sushi, we met a very friendly, attractive woman who was paying an unusual amount of attention to my visibly embarrassed dad, and that’s when I found out what a hooker was.” – Oliver (Ray’s side note: Anything to do with Hawaii was accepted)

“It been almost 7 months when this journey first started. I’ve trained over 85 miles in the water, 1325 miles on the bike, and over 350 miles in my running shoes. All this training for one goal…. Finishing Kona Ironman World Championships.” – Daniel

“Constantly refreshing the browser because I have to read (yes, read!) the race progress through forum’s posts due to the slow internet connection I have.” – Elquique

“The finish of the 1999 edition when the Hoyts despite not making the bike cutoff managed to get to e finish line before midnight. I still get goose bumps every time I watch it. Its the ultimate source of inspiration.” – Carlos S.

“Last year I watched Kona on TV for the second time in my life. I had already lost over 100 pounds at that point and was looking forward to competing in my first triathlon in the spring. Now I have lost 200 pounds and am inspired by all the ironman participants I watch on tv and know personally.” – Lehmancb

“My only Kona memory is doing the 112 miles on the Kona course on Computrainer. Prob the single hardest thing I ever did ;)” –Rodrigo

“My husband is a U.S Coast Guard Helicopter pilot here at HITRON (Helicopter Interdiction Tactical Squadron) and the XO of our Air Station will be racing KONA, and representing the Coast Guard in a big way! GO XO!!!!” – NBoger

“Not a good memory, but I very much remember getting my ass handed to me on the run..very ugly.” – Senior Homer

With that, I entered the total quantity of entrants into Random.org (1,910), and here’s who popped up: 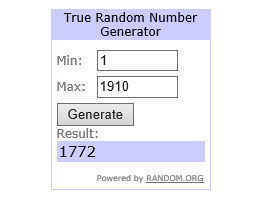 After digging on the page, I found that entry #1772 (as assigned by the official numbers on the page at the time of the drawing) was the below – from ‘Carlos’!

Thanks to all who entered!

And thanks to Clever Training who’s covering the cost of the unit, and shipping it out worldwide to the winner.

Have a great week all, and congrats Carlos!