The fun side of Eurobike: Day 1 in photos

Ok, I’ve written enough power meter posts for one evening.  But don’t fear, I’ve still got more to write, rather I’m just deferring them until the ferry boat ride tomorrow morning.  In the meantime, let’s take a look at some of the fun things that The Girl and I captured during our wanderings today on the gigantic show floor (this place makes Interbike look like a McDonalds play fort).

For example – they’ve built waterfalls inside in booths.  Yup, the CamelBak booth had three waterfalls going: 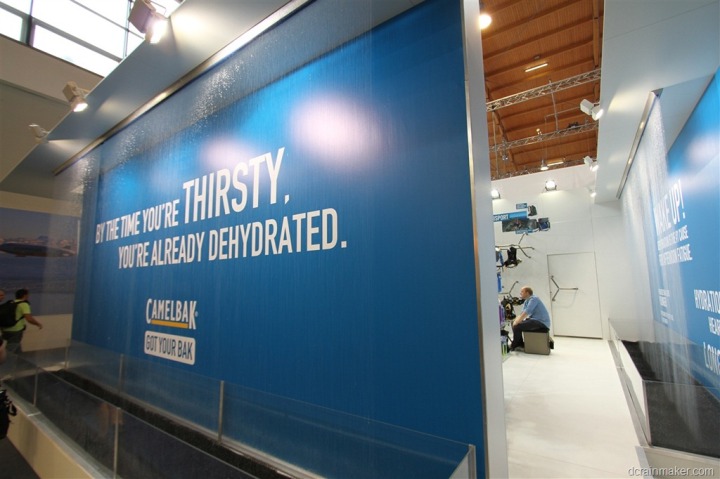 And since water appeared to be a popular addition, Orbea stuck one of their bikes inside a big aquarium. 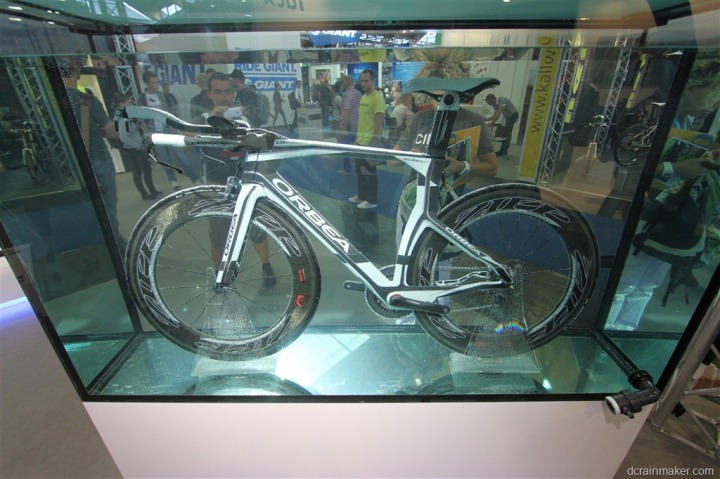 And while putting it in water was…interesting…it’s actually the gazillions of air bubbles that stuck to the frame that made it cool: 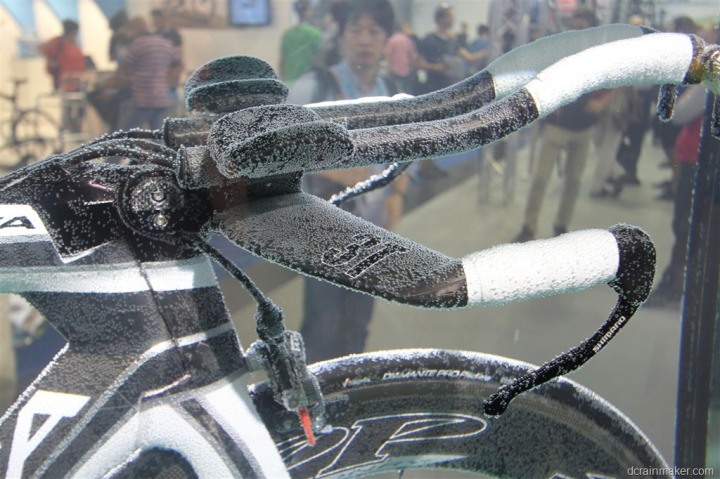 Though unfortunately, despite what I believe to be the goal of the stunt (showing the bike stands up just fine to water) – it was rusting within one of the screws on the brakes: 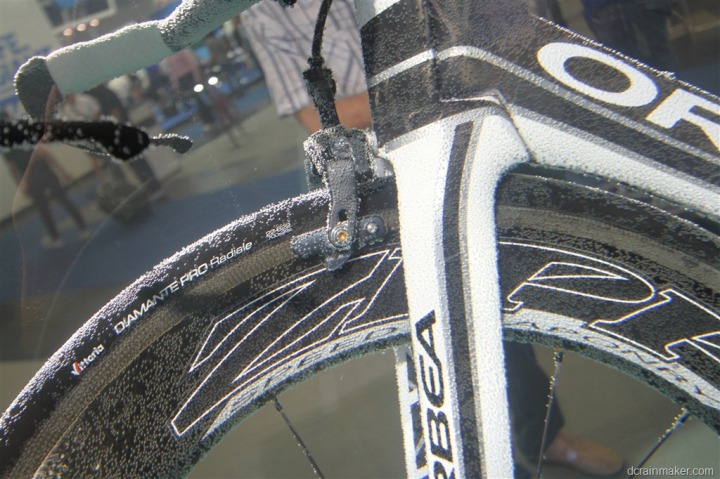 Speaking of stunts – someone put this poor fellow two stories high and made him pedal in a hamster wheel.  I don’t know why.  There are many things here I don’t understand. 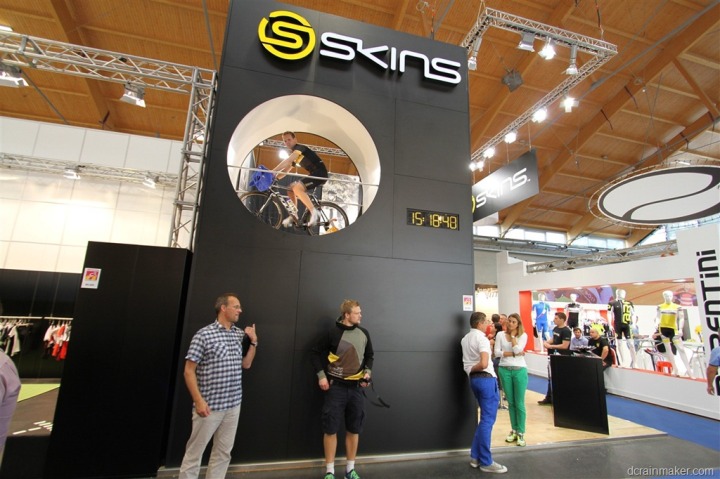 There’s plenty of color at Eurobike, for example – these shoes from Zoot: 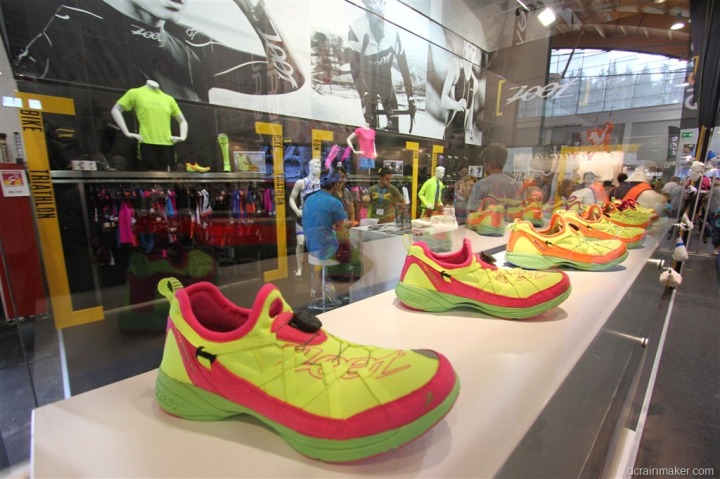 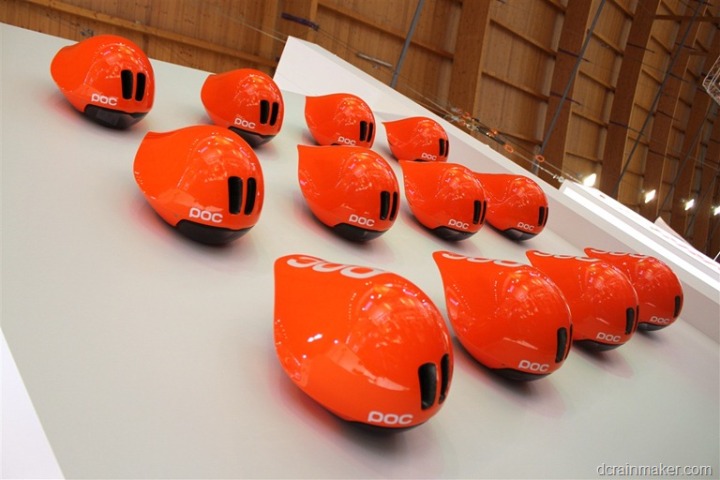 You know, events like the Olympics (not that the rider below would have been caught dead wearing the helmet above.  Mountain bikers don’t swing that way…). 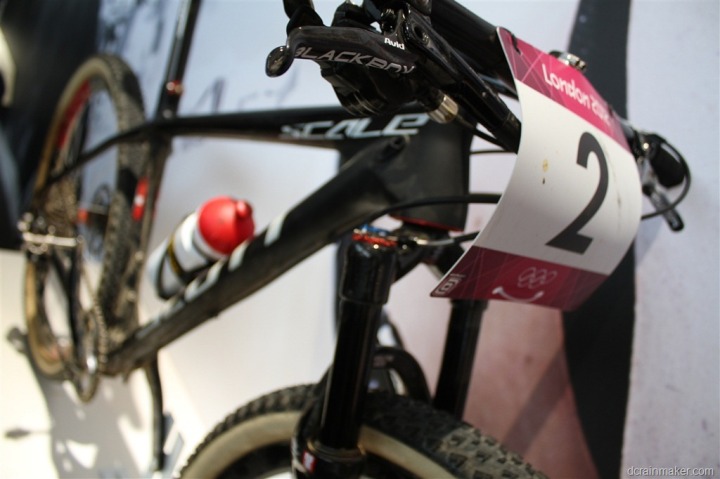 Of course, you would have been right at home in London wearing this: 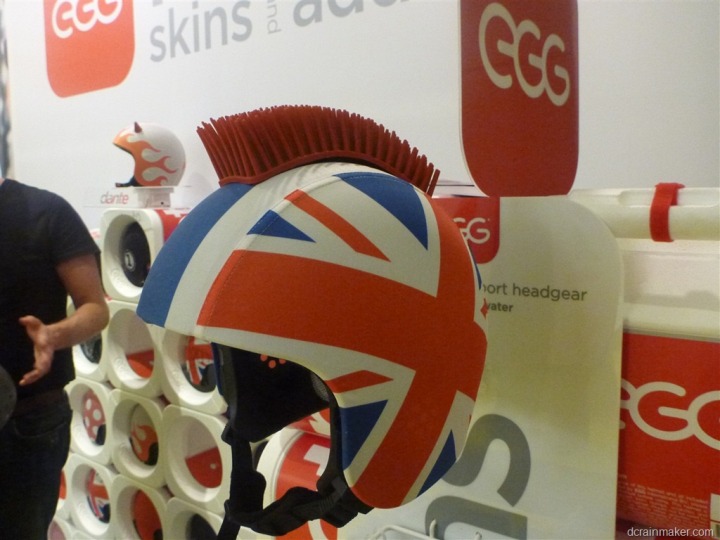 There are bikes of every shape, size and color to go around.  They’ve got bikes stacked with baskets and coated with hand protectors (to keep your hands warm of course): 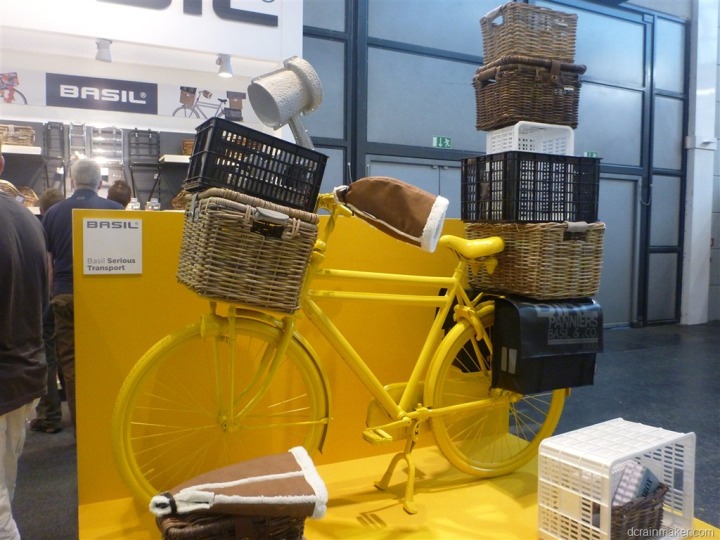 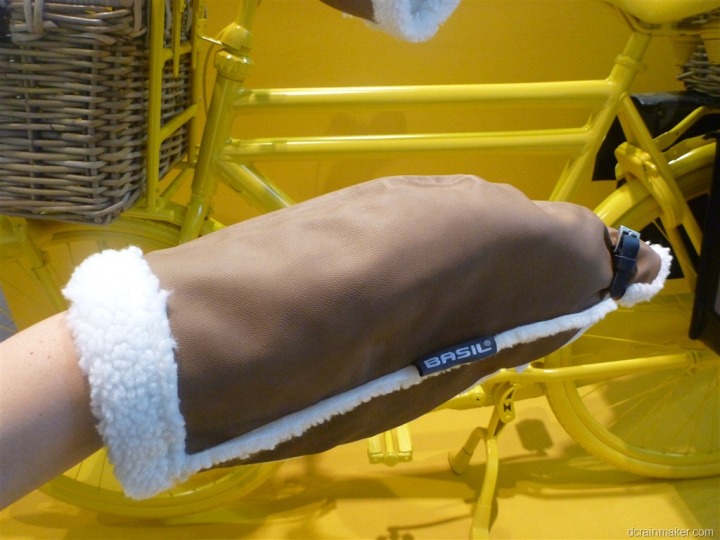 And bikes packed with flowers and even the odd cupcake (lower right): 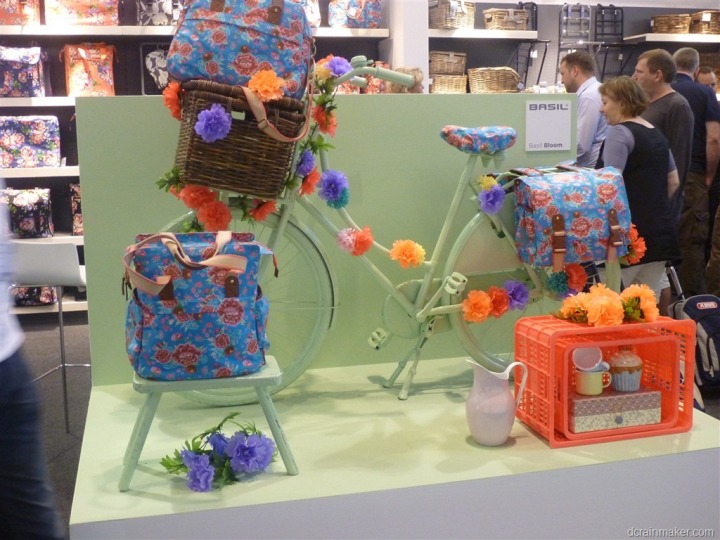 They’ve got bikes that are bigger that some…namely…well…one. 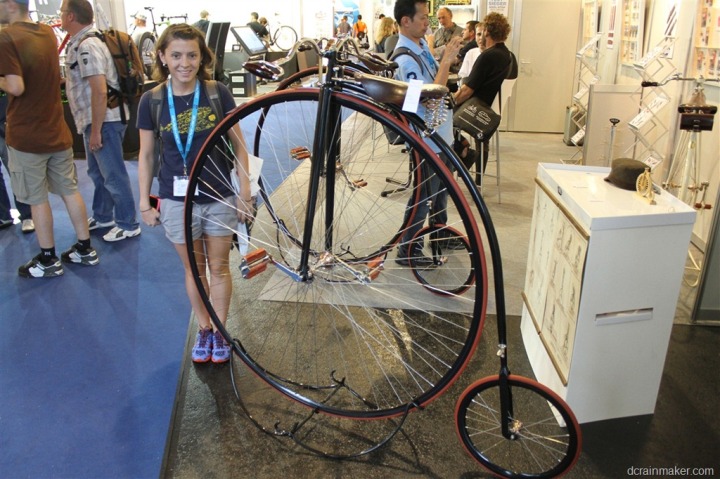 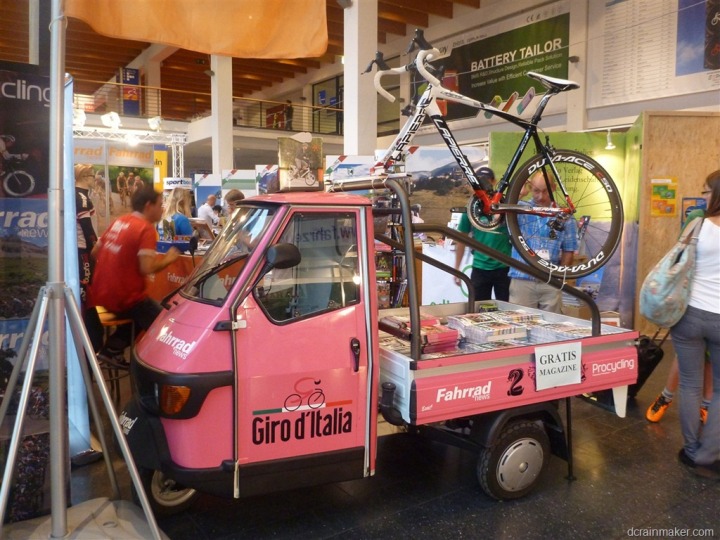 For those in my new country of residence – they’ve got bikes with built-in wine bottle holders. 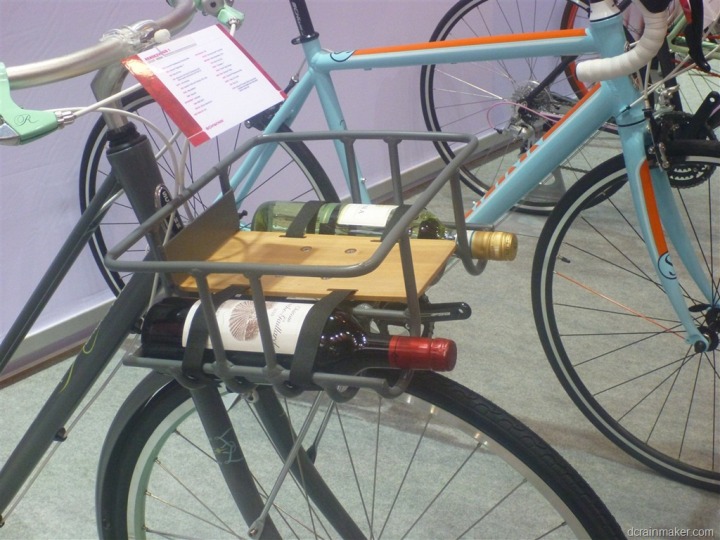 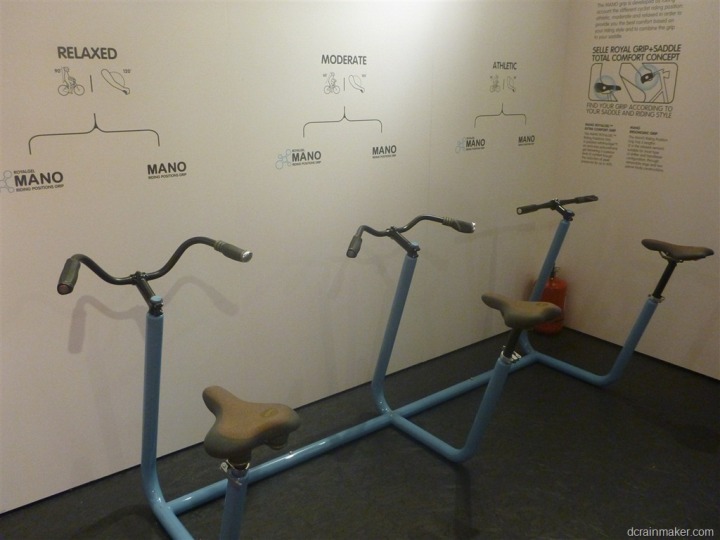 And when it comes time to store your bike – they’ve got places for that too (check it out, it even has a track for it inside!): 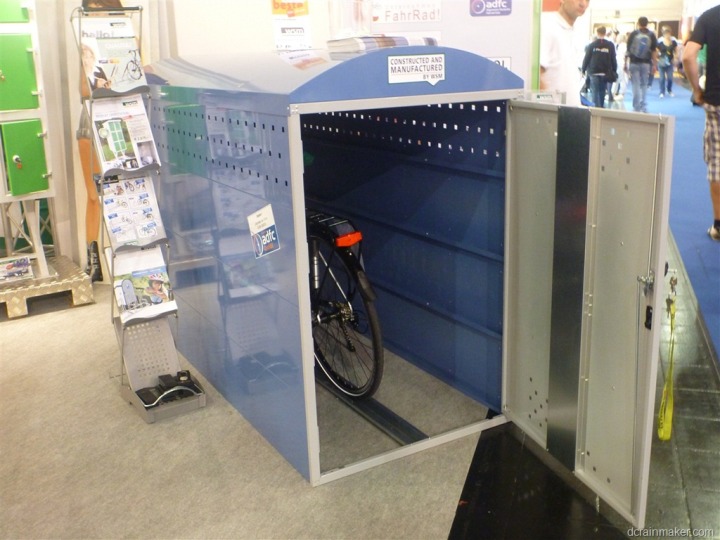 Of course, given the weather, we could probably have done with a huge supply of those little bike protector huts.  It poured all day long – closing all of the outdoor goodness that goes on – from bikes flying into the lake doing aerials (see, more water!) to people doing the same stunts over concrete and rocks. 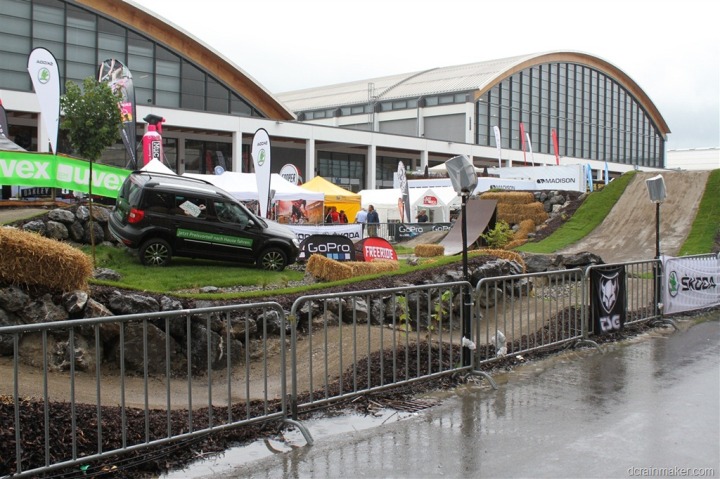 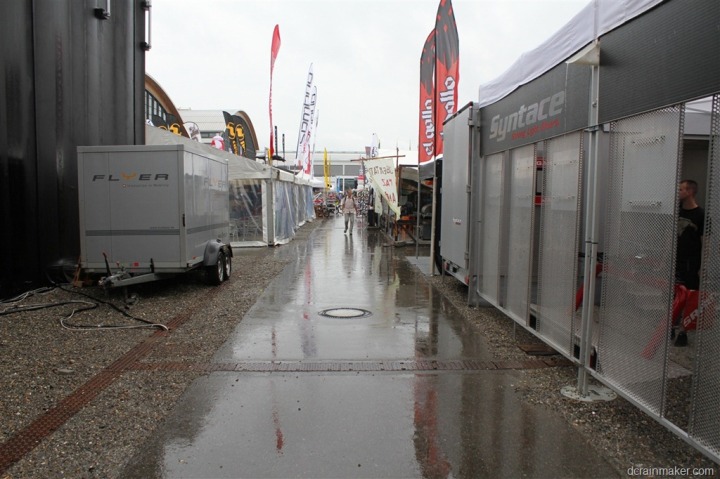 But don’t worry, there’s plenty to keep us entertained indoors.

It’s clear that the level of “What passes as ok” is different from Interbike.  For example – these bikes from a well known magazine franchise.  I don’t believe I’ve ever seen these in Interbike, despite being in Vegas. 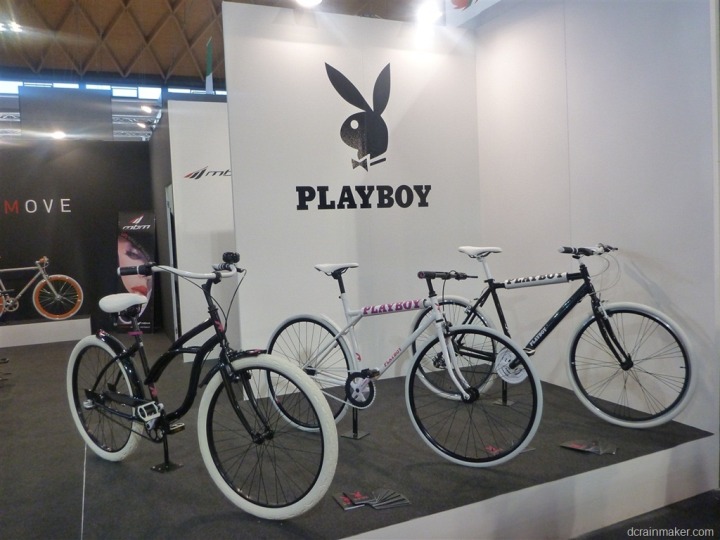 Or this company offering lubrication supplements: 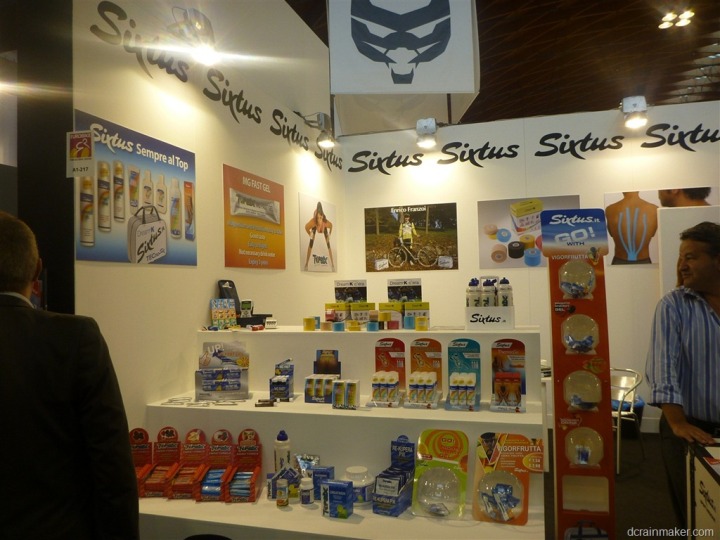 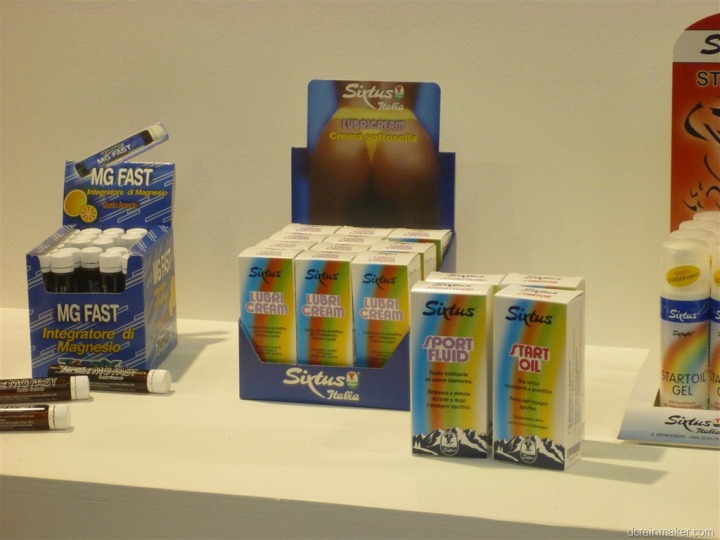 And then there’s the below sports nutrition company.  Just take a moment to ponder the sign/logo.  I suspect it’s supposed to be a +Watt, but in reality, that + looks an awful lot like a ‘t’.  I should point out at this juncture that The Girl did a wonderful job at capturing almost all of these moments in this post, including this section. 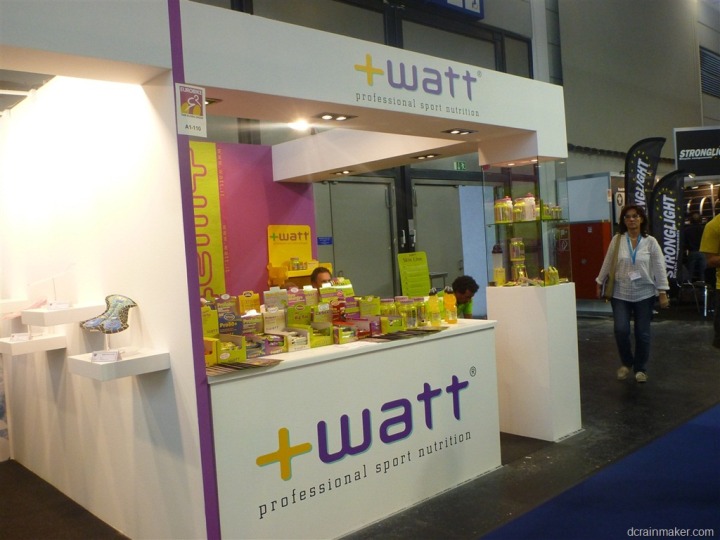 The one person she didn’t capture on capture though was the unclothed bike model wearing only paint that was at one of the booths.  She apologized for the photography fail and promised to double-down efforts tomorrow to uncover her.

Meanwhile, in the interim, she brings the following awkward photos.  What exactly is the moose doing?  And why does it appear he has the clock cable attached to him?  He was just sitting there – all alone…with a giant clock. 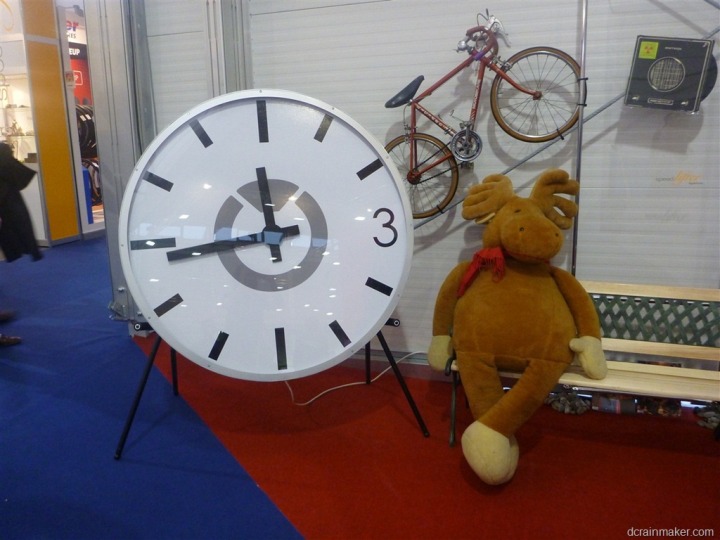 And then there’s this poor gentleman.  May I only hope (for his sake) that his coworkers never see this photo.  Because I know that if I was his coworkers, this photo would become the company wallpaper on every computer…permanently.  Future Facebook profile photo perhaps… 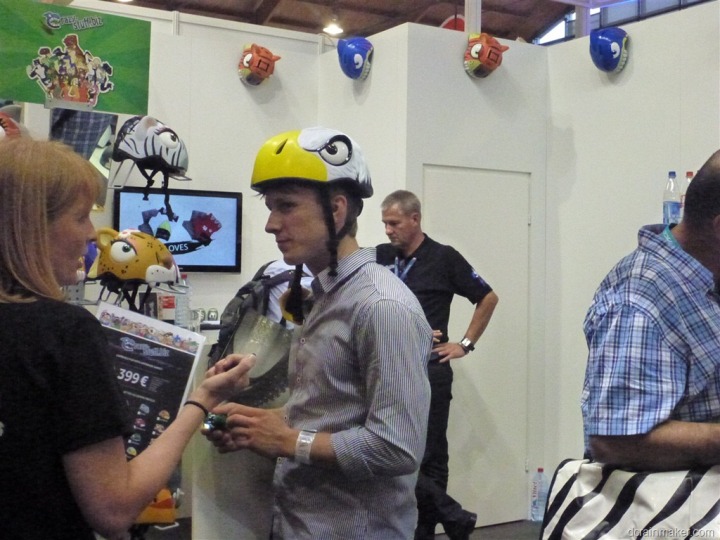 But it’s only appropriate to end our first day at Eurobike (which, btw, actually started two days ago – but let’s not let that confuse our post title) – with this guy.  He’s seen the world around on the European pro cycling scene – Didi Senft. He greeted arrivals and departures from Eurobike all day long – right at the main entrance.  If there was any more welcoming symbol to Eurobike, I’m not sure what it would be. 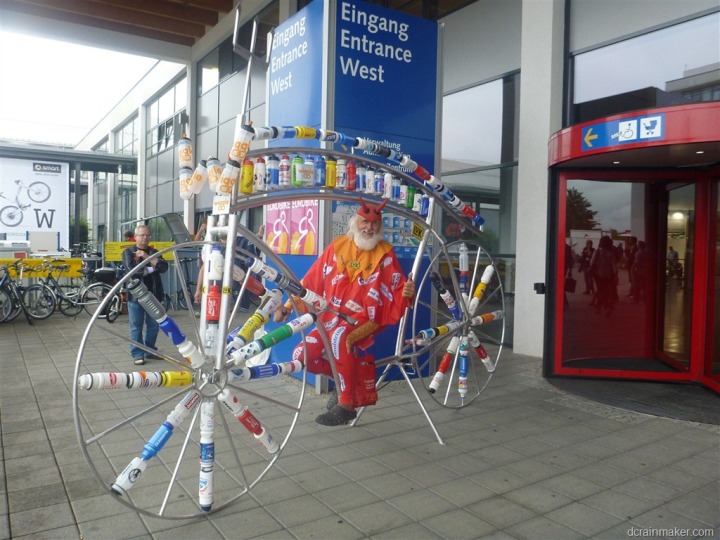 With that, we’ll be back again tomorrow for another full day of walking the floor and finding new and innovative stuff to check out!