Last Thursday night I was working away fast and furious trying to get a bunch of posts put together for publishing.  I had just finished up with the Fox and ANT+ folks showing off the Fox Shocks system, and by that time the show floor was transitioning from being open to then hosting a handful of semi-private events (many exhibitors have happy-hour type events shortly after the show floor officially closes).

At the time, I was simply hanging out in a corner of the Media Center just typing away…one post after another.  But before I knew it, it was mysteriously all quiet around me.  Around this point I realized I should probably be leaving (plus, of larger concern was that I was hungry).  There were security guards walking the show floor – and I suspected they likely didn’t want me there much longer (though the guy guarding the booth didn’t seem to care or tell me I had to go).

On the way out it was interesting comparing how different booths ‘closed up shop’ each night. For example, most booths locked up their bikes with standard bike locks or long security cables, like below: 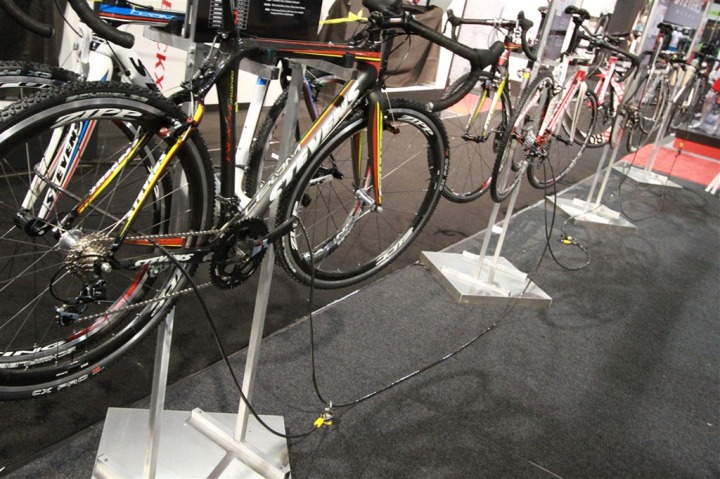 Others placed covers over their bikes – in hopes that nobody would realize that at a bike convention, there might be bikes below the bike covers.  I certainly wasn’t about to go left up the skirts and find out what’s under them though. 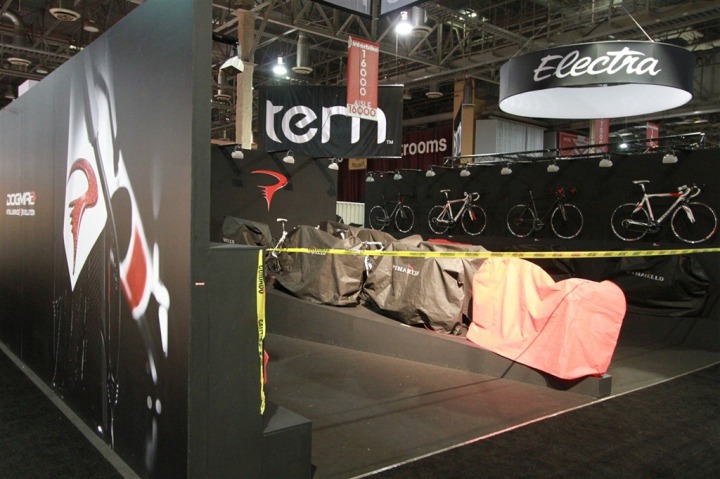 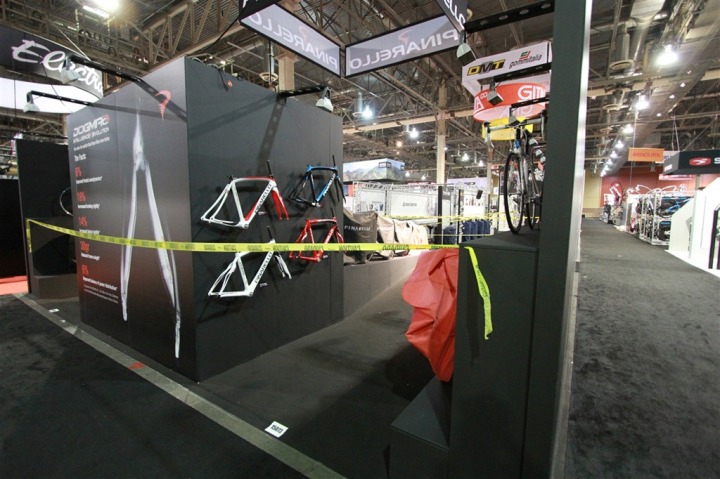 While many booths apparently got a bulk deal on yellow caution tape – the helmet folks below decided to go double-time with the tape and the chairs. If I was building a kids fort, I would hire these guys. 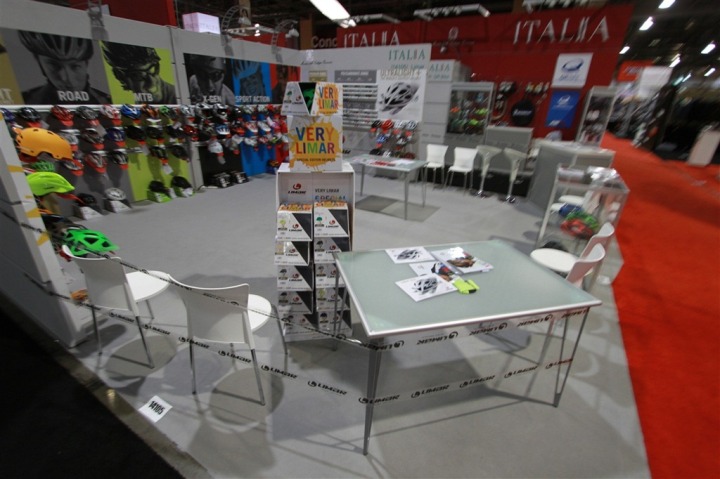 And while the above folks would probably also be great for building a kids corral, the below folks are more ideal if you wanted to practice saran-wrapping someone’s cubicle and then filling it with foam peanuts.  They’ve got the first part down. (Note I can neither confirm nor deny having direct knowledge about the cubicle saran wrapping piece, mission confidentiality precludes discussing the finer art of such topics). 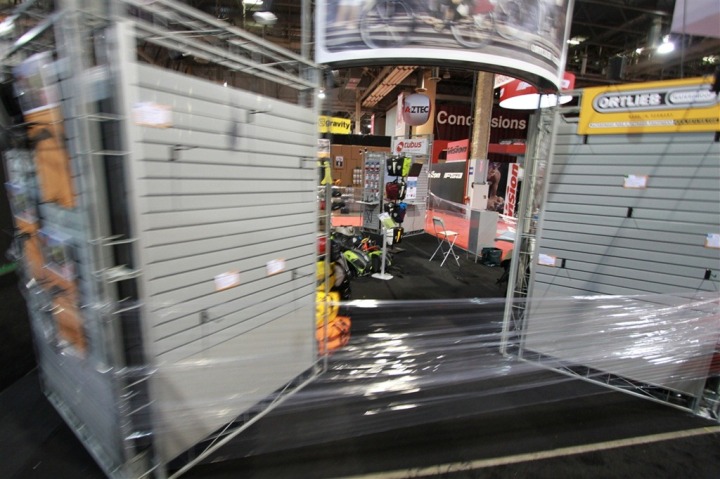 I like how the below booth actually spent the time to fold up the chairs against the table. Nice touch. 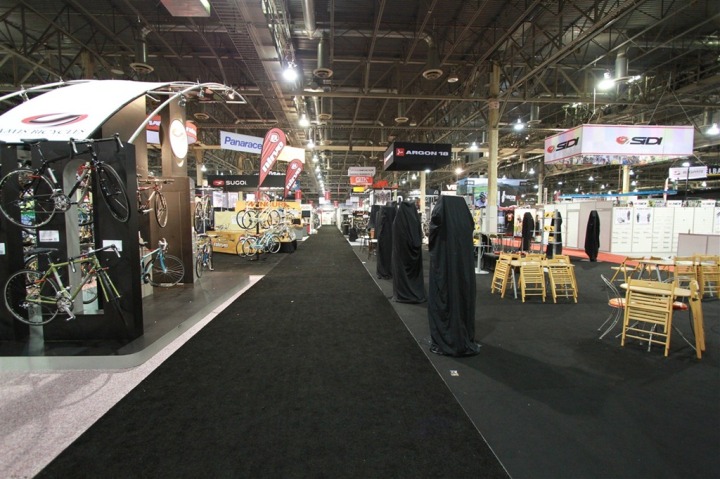 I’m not sure if there’s a garbage service on the show floor – but these guys were certainly hoping so.  I didn’t see any other booths depositing trash on the sidewalk…but sometimes there’s trade show secrets that you learn year after year.  Or perhaps they were just the only one to actually read the documentation given to them by the Interbike organizers. 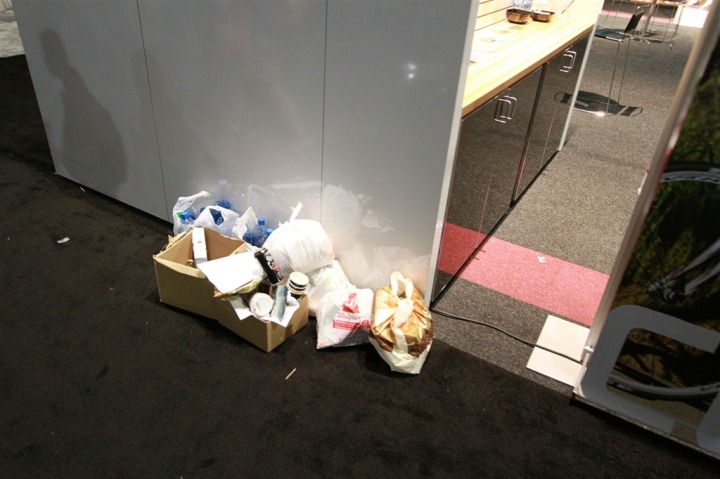 Since the Garmin booth happened to be directly behind the Media Center, it was right along my path to food.  I noticed they had removed all the GPS units (which were up against the wall) – but left the bikes with the LeMond trainers and locked them together.  It would look pretty awkward to steal three bikes and three trainers at once, so I can see the logic there. 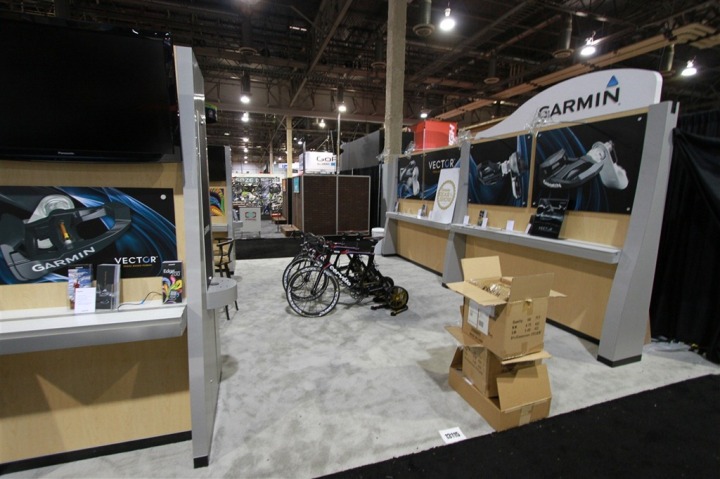 And then you’ve got the prize for the most cleaned out after dark booth.  These guys took nothing to chance.  Every item in their booth was meticulously removed. 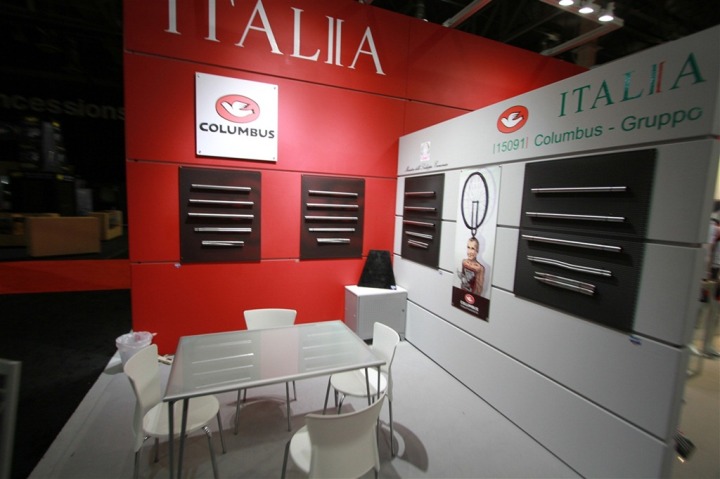 And I can’t blame them. After all, as we left the security guards were checking a few others for big ticket items and requiring that all bikes departing the building have a completed form with them.  The guard noted that apparently the night prior some $30,000 in equipment walked out into the Vegas night.

Apparently what happens in Vegas…doesn’t always stay in Vegas.