Ray’s note: The Girl put this post together, based on her wanderings around the massive show floor. Hope you enjoy!

If you haven’t realized by now, Interbike is one very large conglomeration of organized chaos with a whole lot of cool stuff mixed in. I had the afternoon to myself to poke around and discover cool new products, or recently renewed products being released into the market that isn’t necessarily released into the sports technology market (Ray does all that jazz and will have his write-up later). This is my highlight reel: 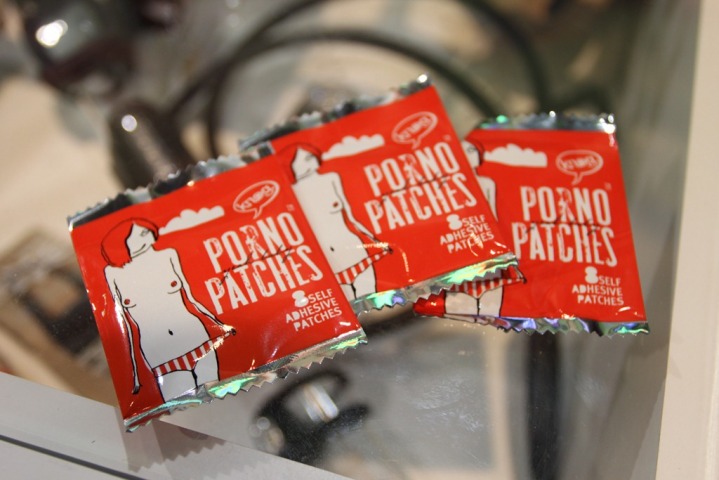 Next we have Retrospec, who are an urban bike company offering reasonable prices on really cool bikes and parts. They are really trying to make it more (visually) appealing and fun for people to ride. 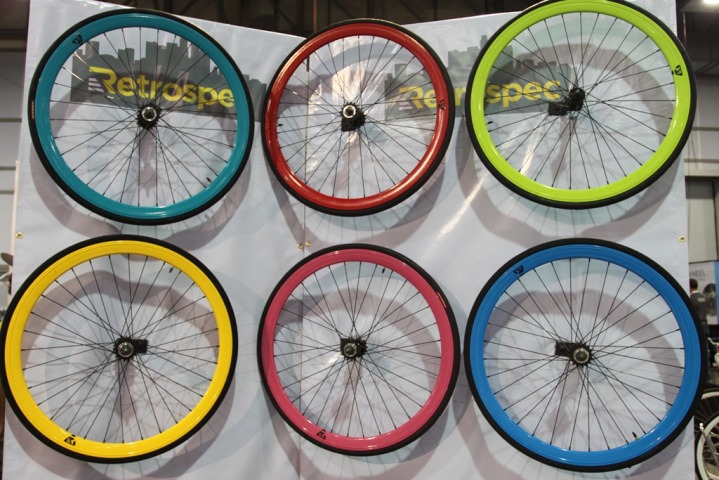 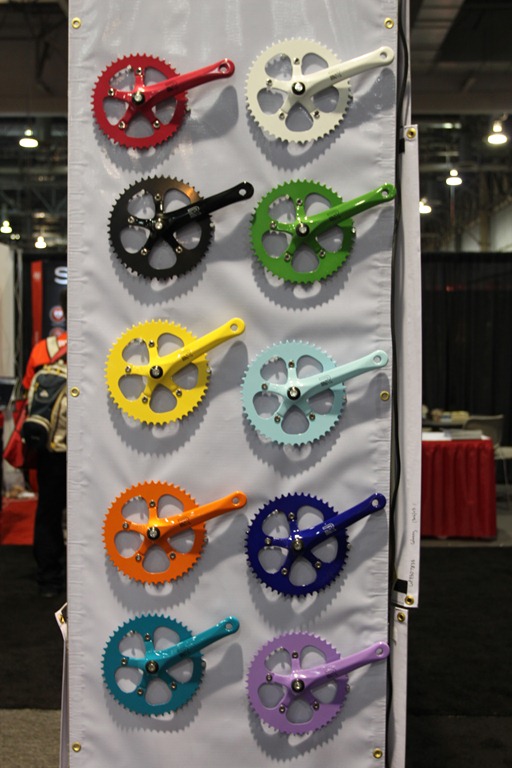 A new company is on the market called “Skin Strong”. Their goal was to create a product that protects our skin from the tortures of rubbing whether it be on the bike or pounding the pavement (and in places where the sun don’t shine). I’m usually pretty weary of trying new products on my skin, but I have faith in their product and will be trying them out this weekend! More to come… 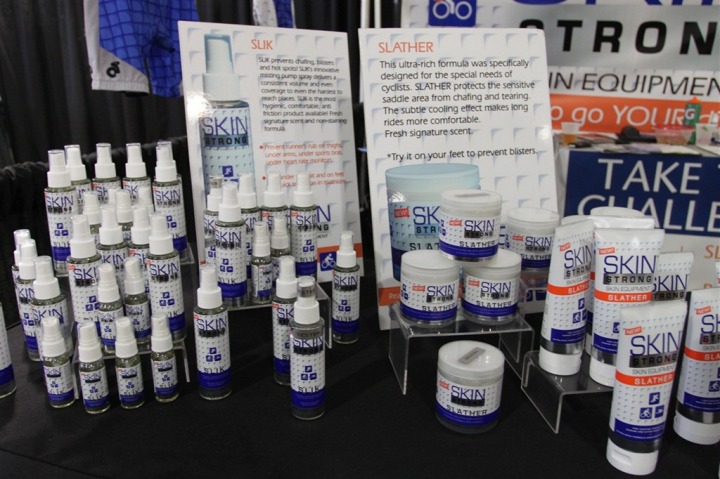 One of my favorite T-shirts of the day came from Endurance Conspiracy. I have to say the graphic tees that have been showcased here have been out of this world creative and very cool to wear. 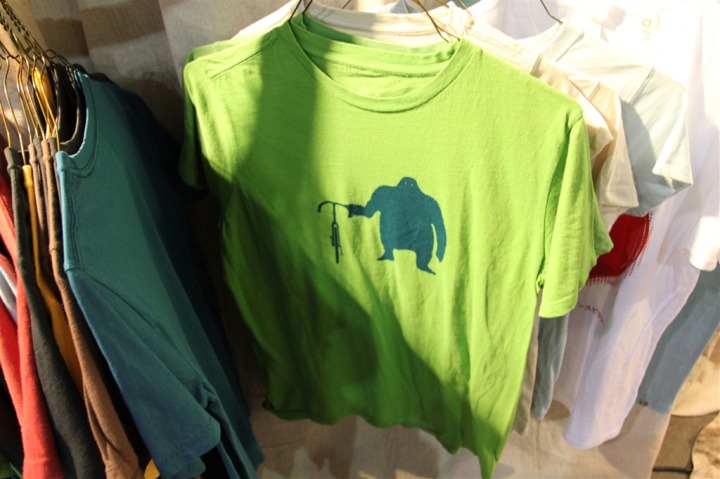 Cool helmets are definitely a big thing this year! This company Nutcase were on top of their game and drew a big crowd all day long. 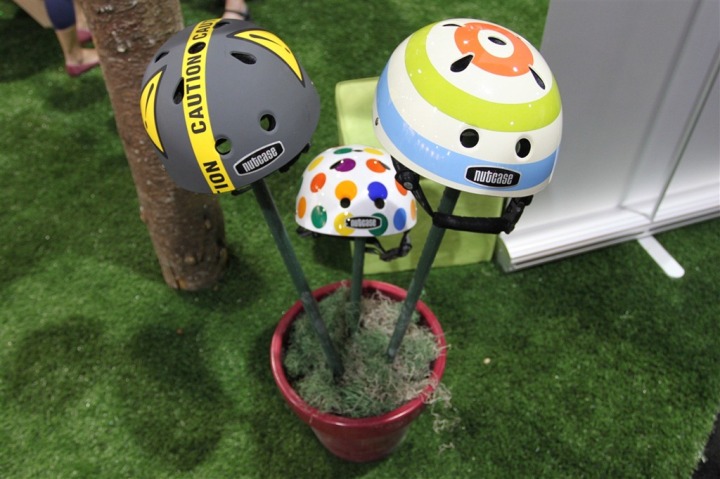 You might have seen the post that I did a while ago while Ray was out of town; I was pretty mad about our water bottle situation at the house and just how gross bottles can get if not cleaned right… meet the solution.  Unlike traditional bottles, both sides of the bottle as well as the top nob pop out for cleaning. 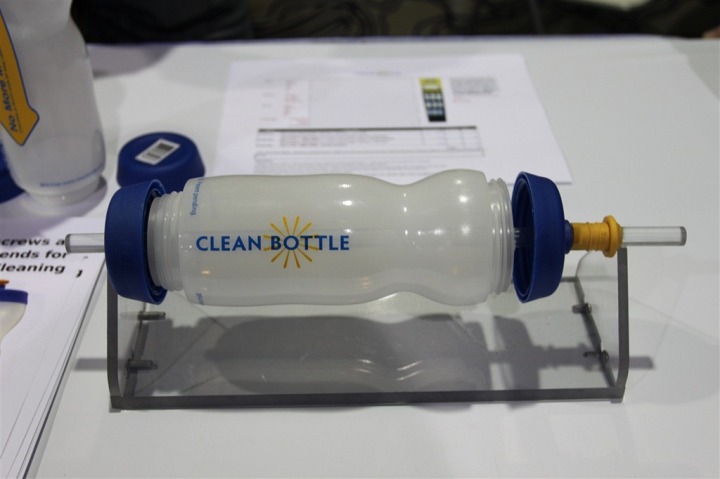 Foldable bikes by Brompton. Can’t use storage space as an excuse to house a bike in your tiny city apartment any more! Plus I got to watch the sales girls race to assemble these guys (the bikes, not men!) in less than 40 seconds! 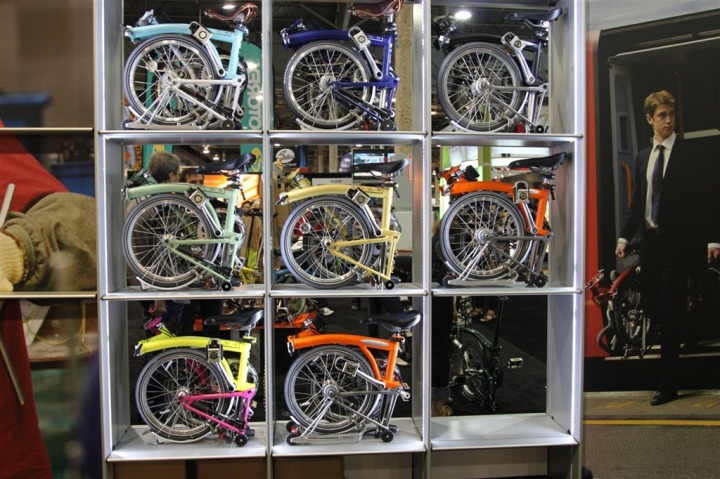 If you are feelin’ the need to jazz up your commuter bike, the Cruiser Candy Company is the place to go. This company was showcasing gems and bling on everything from bells, baskets, cup holders, and saddles! 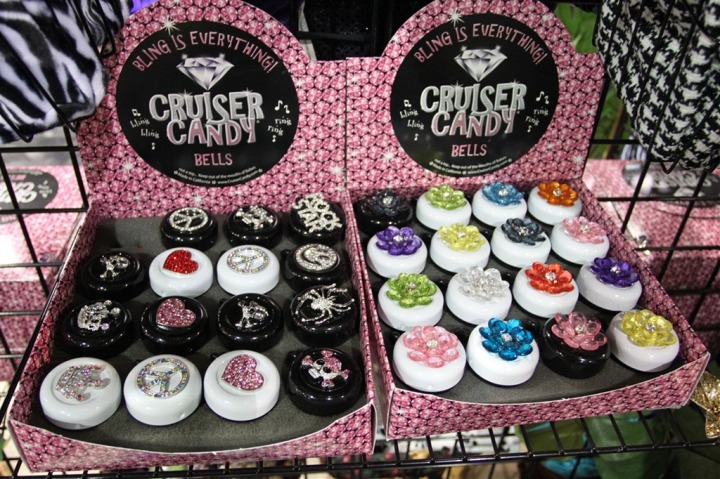 LED By LITE has to be one of my favorite bicycle light companies. I spoke with them last year when they were still in very early stages of production. This year they are ready to go with cool new features such as a wireless head unit that controls the lights. This system even allows the cyclist to turn on their “blinker” before making a right or left hand turn! 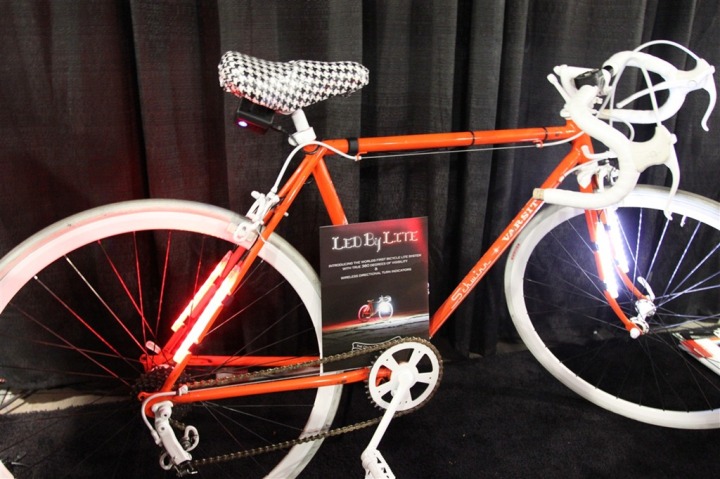 Gu released their new flavor! Mmmmmm Peanut butter! I cannot wait to try this on my bananas. The picture is actually of a life size pack of Gu that was at their booth! 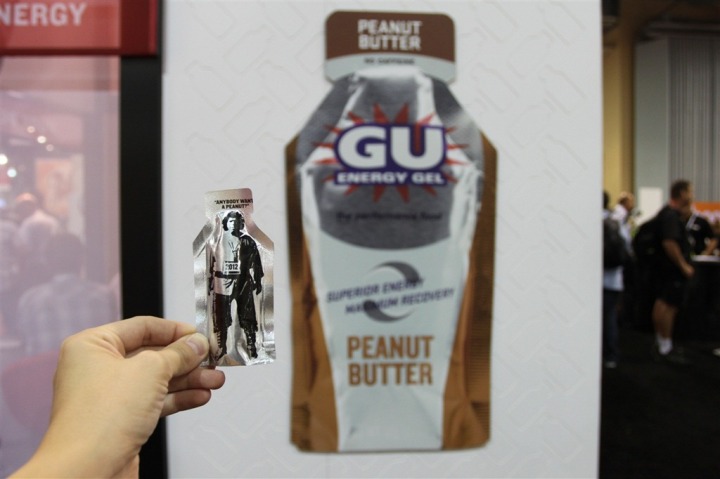 Handlebar Mustache is a Tee-shirt company who sells tee-shirts that give back to different organizations. They were influencing the crowd with vodka cranberry shots and a free shot glass! Nice! I might have snagged one…or four. Gotta have a complete set, right? 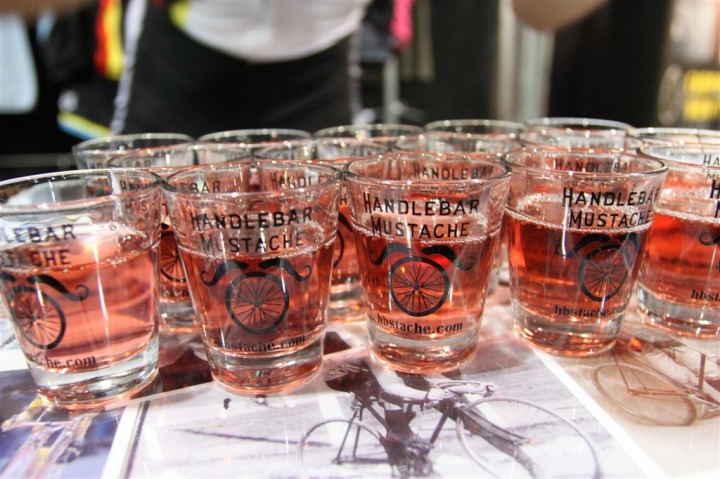 Finally the last great product that I want to mention today is this “Boom Bonx” a portable music player that easily clips securely onto your handle bars, back pack, and pretty much anything else you can think of. Creative stuff. 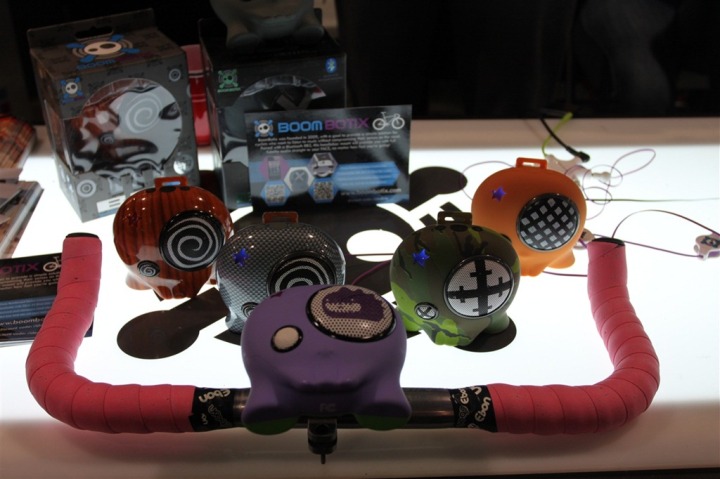 Thanks for reading all – tomorrow I’ll return with more entertainment from the show floor, I’ve got lots of cool stuff still to show off!