I headed down to New Orleans rather early on Tuesday.  It’s nice in that they had a nonstop morning flight from DC, making it easy to avoid having to stay an extra night. 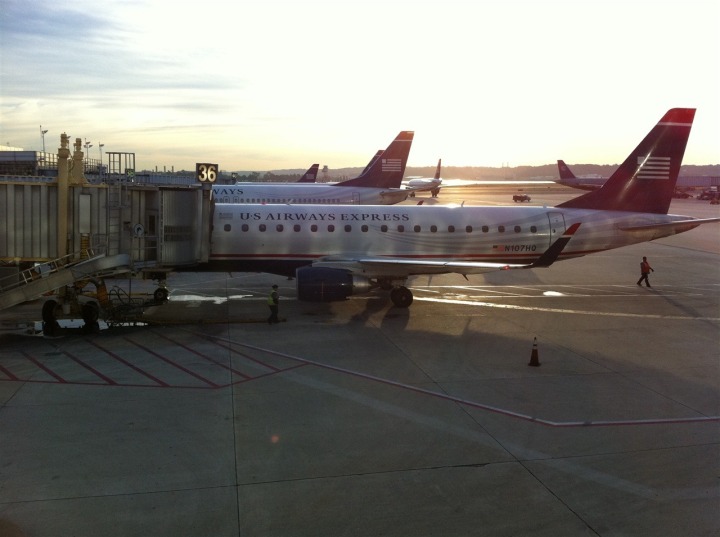 I ended up working all day, but finished up about an hour before sunset – allowing me just enough time to get in my bike/run brick.

I originally had scoped out the New Orleans 70.3 bike course as a good place to get in the bike portion of my brick.  From there I’d then be able to easily do the run as well.  However, upon arriving near the start, I found that the road largely doesn’t exist any more.  So…I wandered.

I eventually found the almost-abandoned Lake Front Airport, which had a great largely deserted road in front of it.  The road made a 1.5 mile loop, and with a bit of creativity in the nearby shuttered Casino’s giant parking lots I was able to get it closer to 2.5 miles per loop – all ‘at speed’.

So, I unpacked my bike in the airport’s parking lot and went to work putting it back together again: 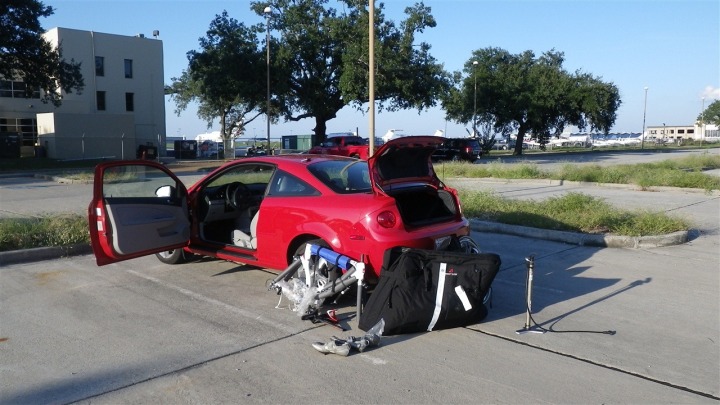 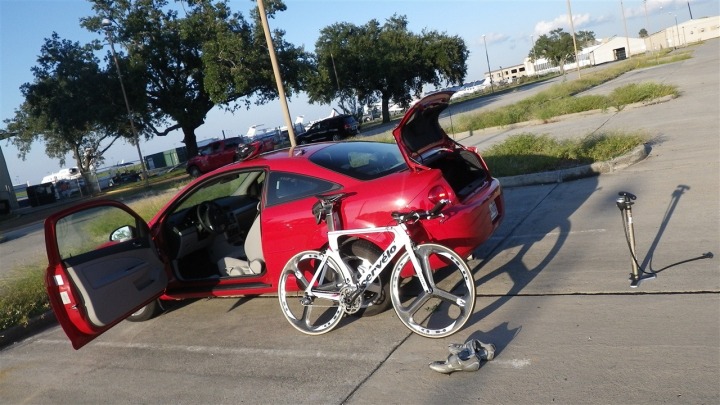 After getting all set, it was out onto the road I went, loop after loop after loop.  It was only about a 30 minute bike, primarily to build into the longer run intervals.  It was great weather though, right at sunset – with virtually nobody around. 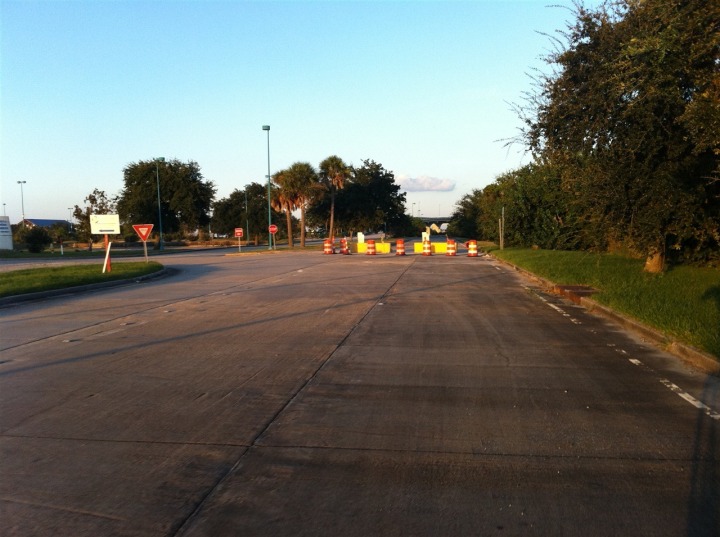 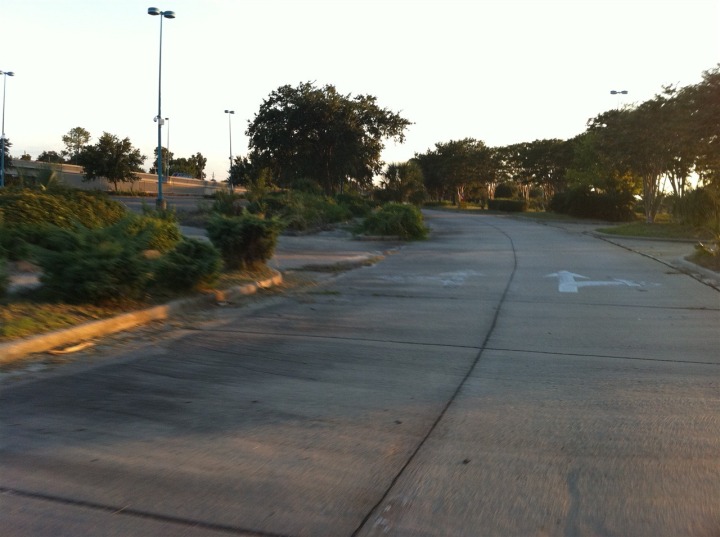 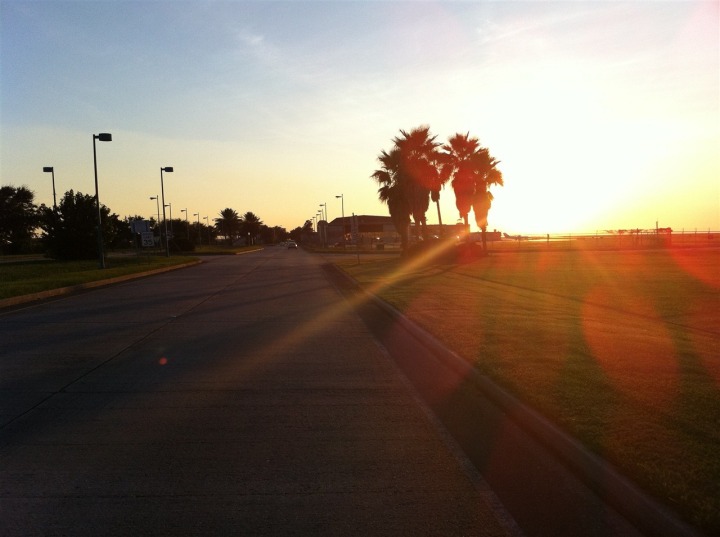 Once I was done cycling, the little map would show my etch-a-sketch route:

Following the bike, I headed out on the run.  Like I do for this particular brick at home, I run to an alternate location a ways away and then do large 5 minute loops out there.  In this case, I ran to the abandoned casino and did loops around the perimeter of the property.  Just the perfect distance.

It was cool running – just perfectly quiet out there with just a few fisher-dudes nearby.  Finished up right in front of the old airport terminal.  Neat to see the control tower up there – looks like they’re restoring it all. 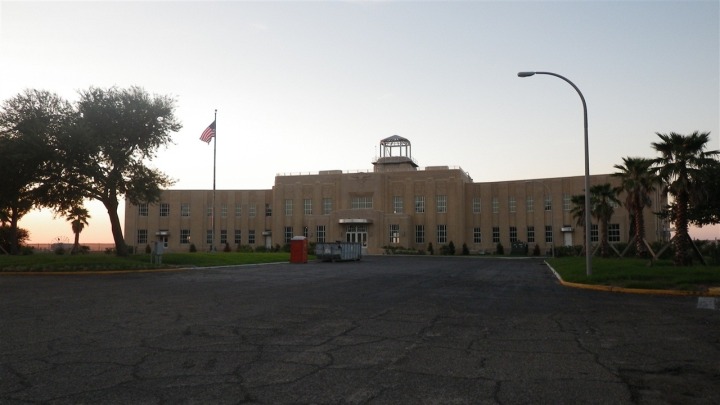 After the workouts were done, I made a quick stop by the hotel to shower and get changed before heading out for an amazing late night dinner at Le Foret. Great food! 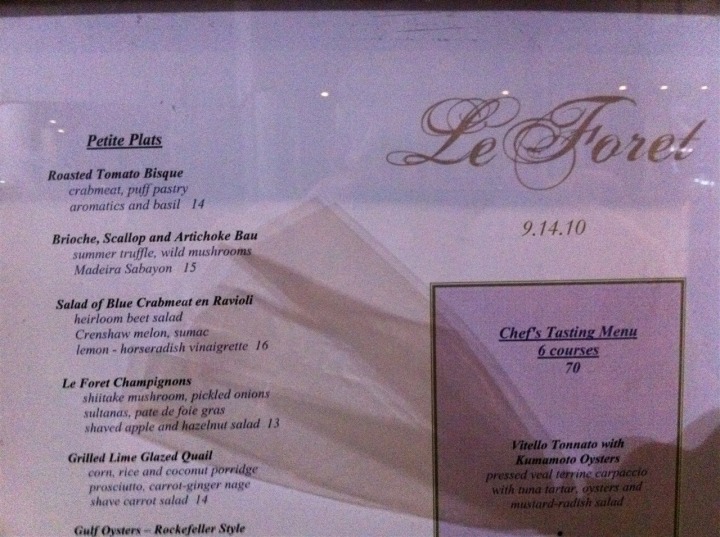 Wednesday brought a very full day of work, but I had just enough time later that evening to get in a swim.  After a bit of research on Swimmersguide.com I found that the University actually offered a combo-dish of pools, so I headed over there.

It took me a bit of time to find it – mostly because I didn’t expect this to be the pool: 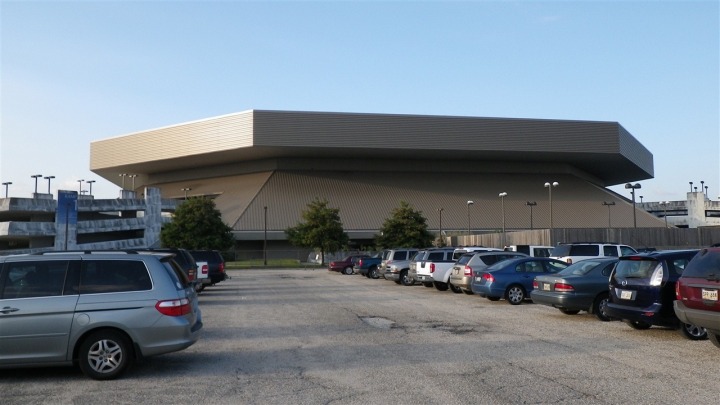 Once you make it inside, you find it’s actually in the ‘basement’ of the larger arena.  It was pretty cool – it was jam packed with high school/college kids at a meet. 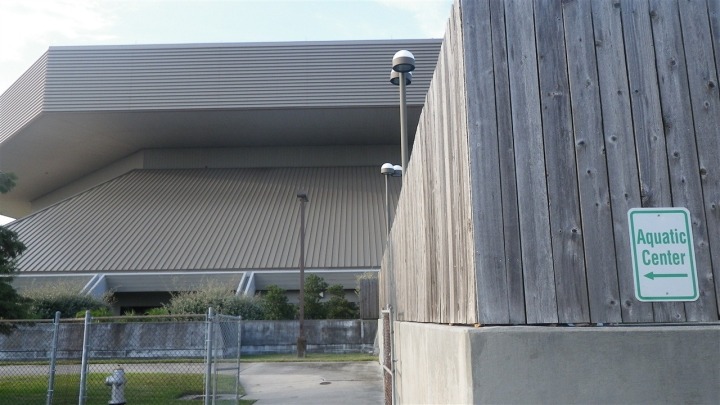 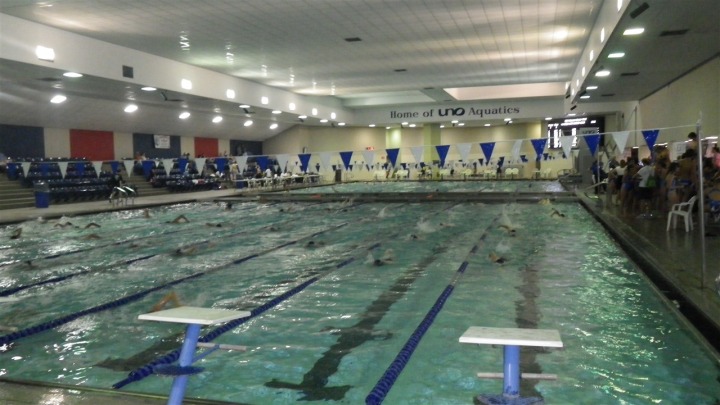 Luckily, the attached outdoor pool was open swim, and I was able to easily get a lane there. 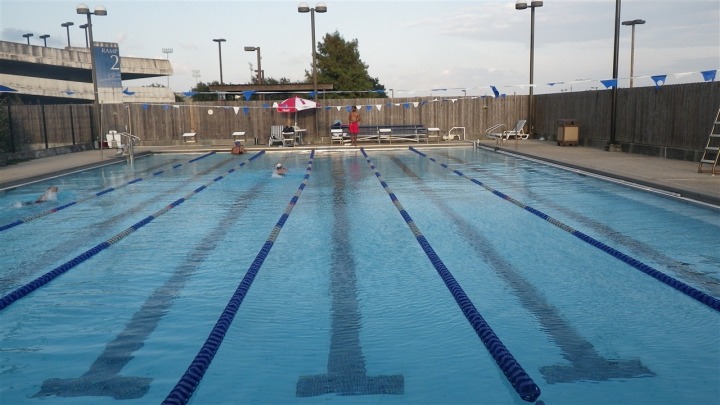 The best part was the clock at the end of the lane – making my 250y all-out sets very easy to measure. 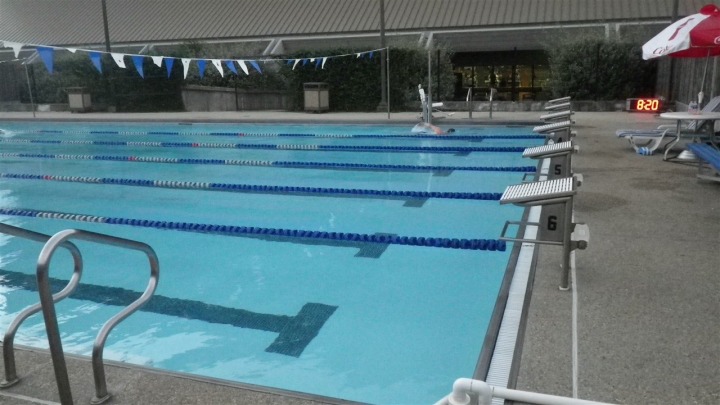 I wish my pool had that…

Dinner that night would be at Bon Ton Cafe, with some amazing food that’d be more like what you’re grandma would cook.  Great stuff. 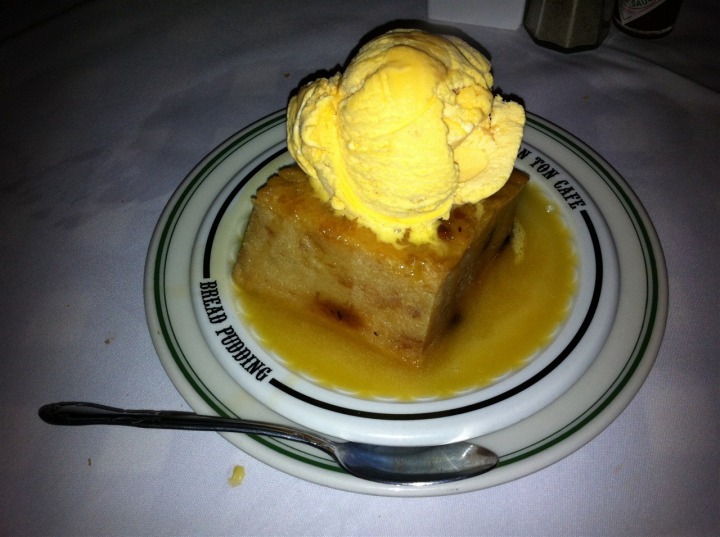 After that, a late night packing of the bike in the hotel parking lot.  Oh, and the reason I have my race wheels is that I have a race on Saturday, and didn’t feel like bringing two sets of wheels. 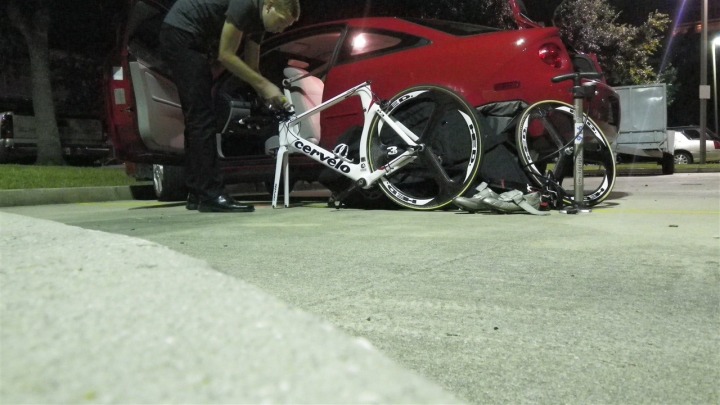 Thursday was quite simply a blur.  I was at the office by 6AM, worked till 11AM, caught a flight to Houston. 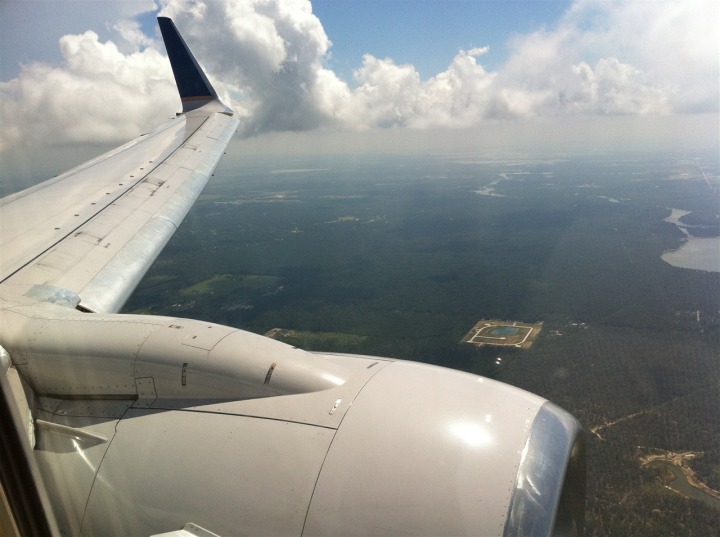 Then another flight to Memphis. 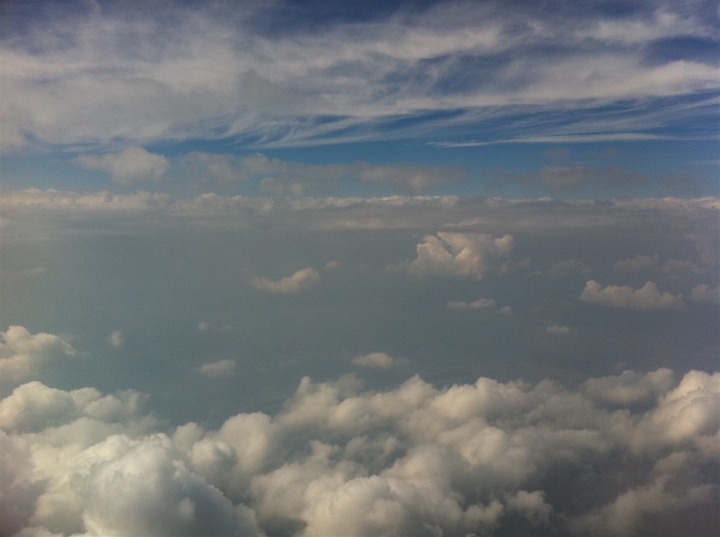 Then back to work again as soon as I landed.  Finally got dinner around 9PM.  Ate at Neely’s BBQ – recommended by some locals and turned out quite good. 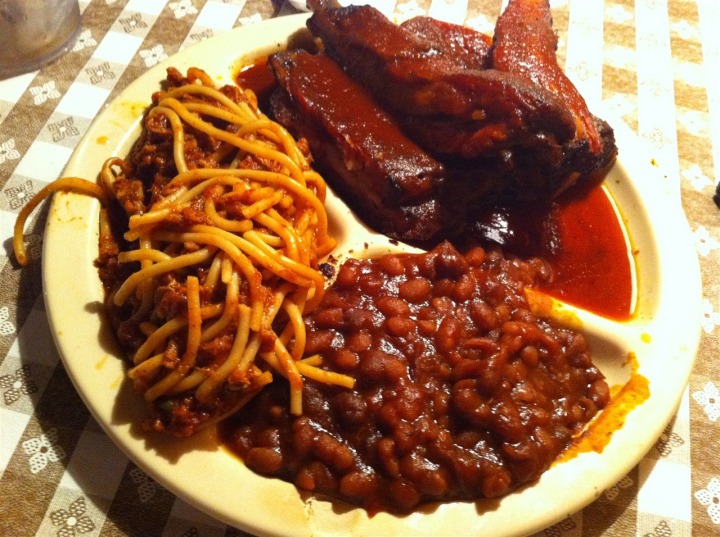 And little Mr. FitBit says I walked almost 5 miles today.  Kinda crazy.  Yet logical.  The times below are off by an hour because I’m on central time and it thinks I’m on eastern – but neat to look at the day as a whole.  You can see my two plane flights there in the middle of the day.

And now, I’m about to head to bed before doing it all over again Friday.  At the office around 6AM, there till 8:30AM, a plane to Denver.  Another plane to Seattle.  Finally, Friday.  TGIF.

(P.S. – If you’ve sent an e-mail this week, as you might have guessed, it’s been a bit busy – I hope to get back to everyone by the end of the weekend.  Sorry!)