It’s been a busy summer with travel of all kinds.  I haven’t spent a full week home since late May – so the next two weeks are my only opportunity to get in two solid – complete – and well structured training in.

And there’s no better way to do that than my typical Tuesday bike/run brick.

Now, I actually rather enjoy this Tuesday brick.  The schedule that Coach Alan puts together generally makes Tuesday-Thursday my hardest days of the week.  Sure, the long ride on Sunday takes hours longer, but the intensity isn’t to the same level as the back to back workouts mid-week.  This same concept is employed by other coaches as well. 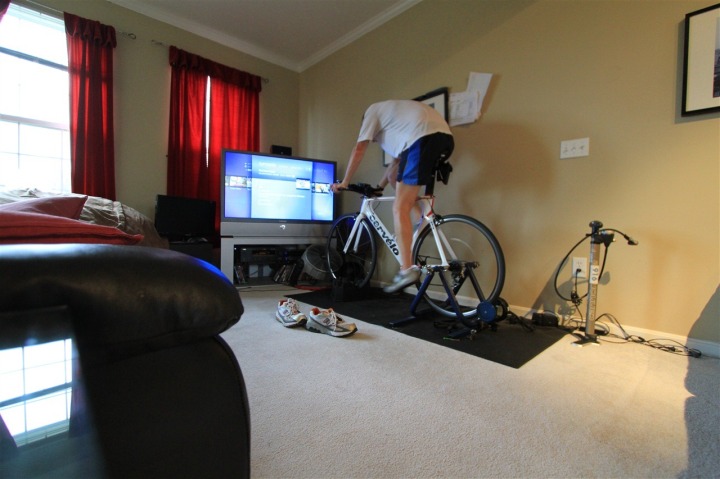 The bike had the normal warm-up, and then a bit of a high cadence pyramid, before getting into sets of spin-ups to focus on even higher cadence.  Now, the goal of high cadence isn’t necessarily to race at higher cadence – but rather to instead reduce the HR impacts of higher cadence.  Meaning, by doing some (and not a ton) of training work, I can ensure that should I need to, I can easily spin much higher without taking a huge hit on my heart rate.  There’s ample evidence on both camps however with regards to time-trial style racing (which is what triathlon is) and exactly what an ideal cadence is.  So I won’t get into that debacle today.

But, I can say that I can spin-up like nobody’s business.  These repeating sets had me maintaining 170+RPM – yellow line is cadence.  Wootage! 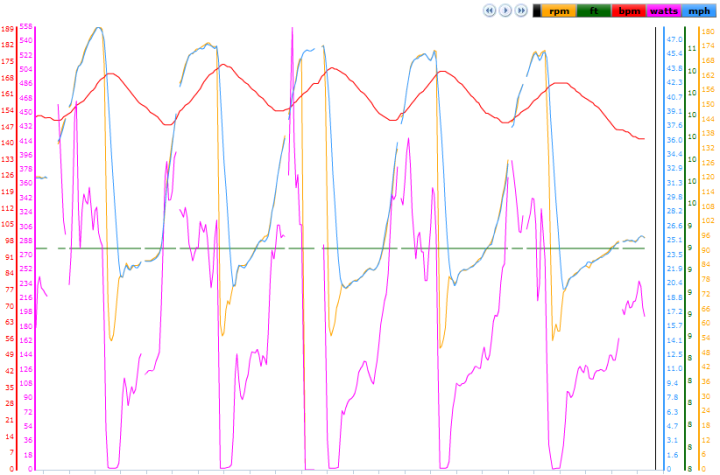 After the high cadence stuff I transitioned back to a more normal 95RPM and then built up the wattage to bring my HR into a Z4B range over the course of the next 10-12 minutes.  This would end up being about 330w.

Right about the time that got uncomfortable, I spun easy for two minutes and headed out to run.

My run would start with an initial build to about a 10K race pace, before going into a number of 5-minute sets at 10K-ish race pace.  I was actually pacing on a heart rate, but the pace ended up in the slightly sub-6 range.  In between each set I’d have a lowered – but still moving along – heart rate to hit.  Oh, and speaking of HR – again, two flawless workouts with respect to no HR spike/dropouts using the combo Garmin/Polar solution I wrote about yesterday.  You can see the nice even/steady HR with no major jumpiness (except those sprints at the end which are just as painful as below indicates…):

Last but not least was some 200m sprints to finish off the day before going into a full cool-down.  All in the running portion lasted about an hour before I found my way back home.  I tend to do these on a looped course about a mile from my house, around a park.  This allows me to repeat each set with exactly the same course and be able to show re-producible sets of data.  Said more simply: I can see if I get slower or faster based on how far I get around the loop each time.

I also bring along with me a water bottle and a gel bottle.  After running to the looped area, I toss it by some bushes and then hit it up every few loops.  Here’s me upon finishing the run. 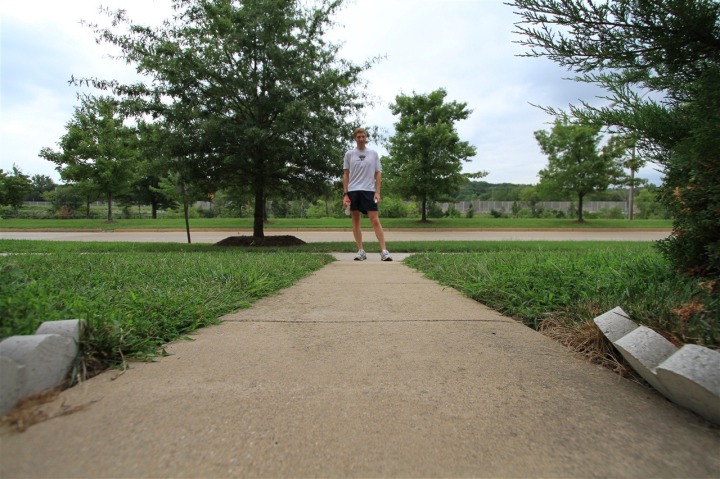 Once back home I noticed that my constant travelling this summer has meant that my front yard’s bushes had grown a bit…well, actually, a bit overgrown.  Kinda gone crazy really. 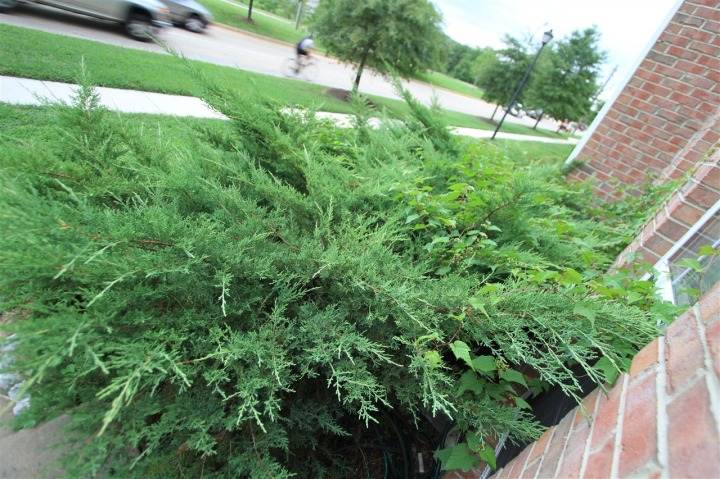 Fearing that the Homeowners Association would soon be sending me nasty-grams I walked to my neighbor and asked to borrow a pair of clips (mine are mysteriously MIA).  He in turn gave me this amazing electric hedge trimmer.  Combined with some cycling gloves, I was in business! Within about 15 minutes my bush was looking quite pretty. 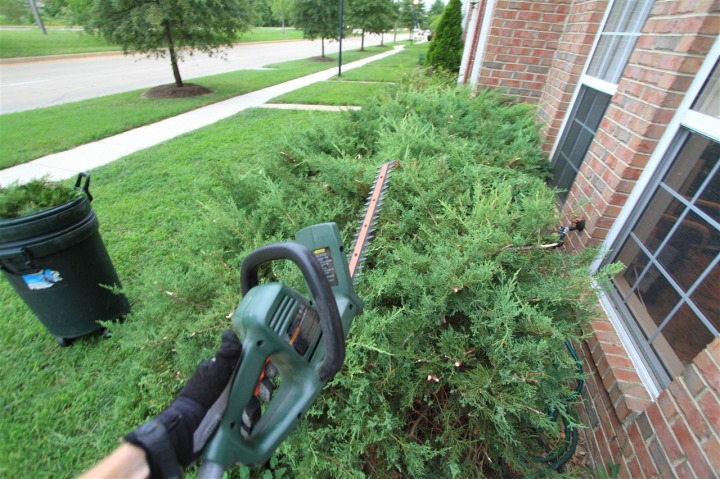 And then…I was able to relax for the rest of the evening!