If you’ve been around these parts long enough, you know I like sharks.  Really any type of shark…but generally the bigger the better.  Thus, this week on the trainer has been full of Shark Week action: 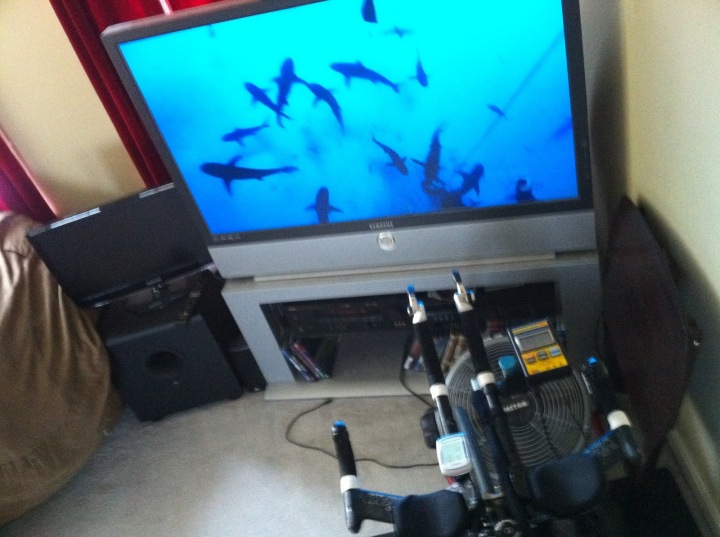 So much so that I’ll travel to the complete opposite side of the world for them.  Not sure what I mean?  Well, here’s a quick gallery of shark pictures I’ve taken during trips over the past few years. 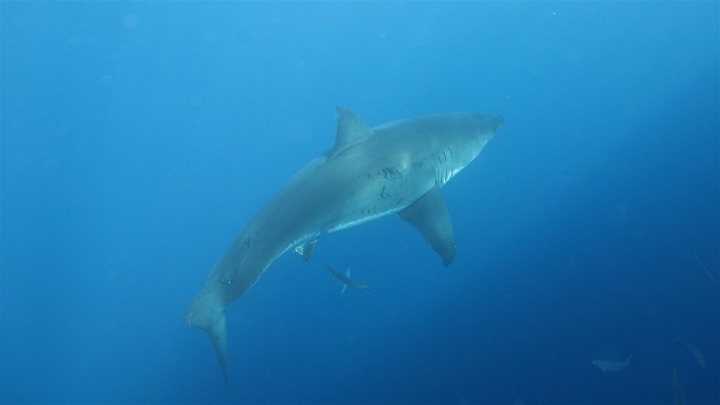 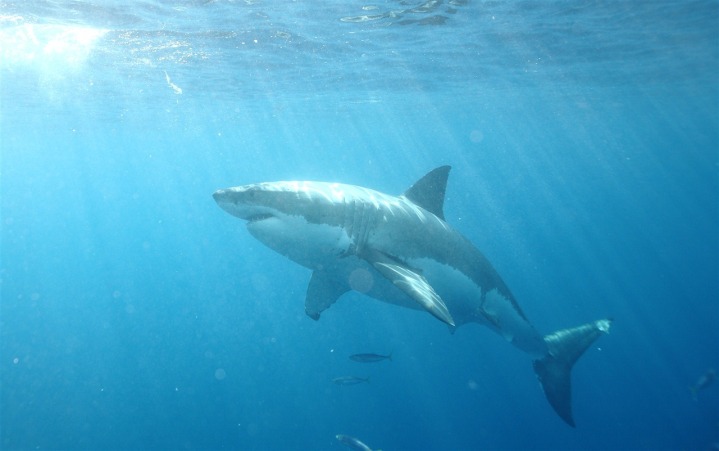 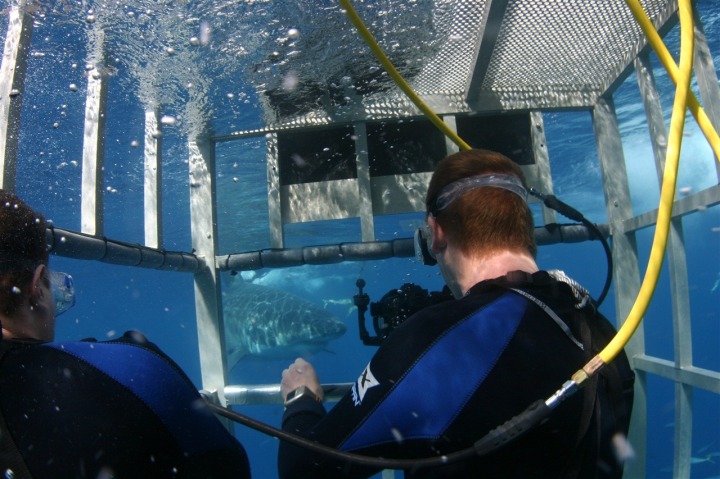 (Yes, that is indeed a Garmin 310XT on my wrist…just feet away from a Great White) 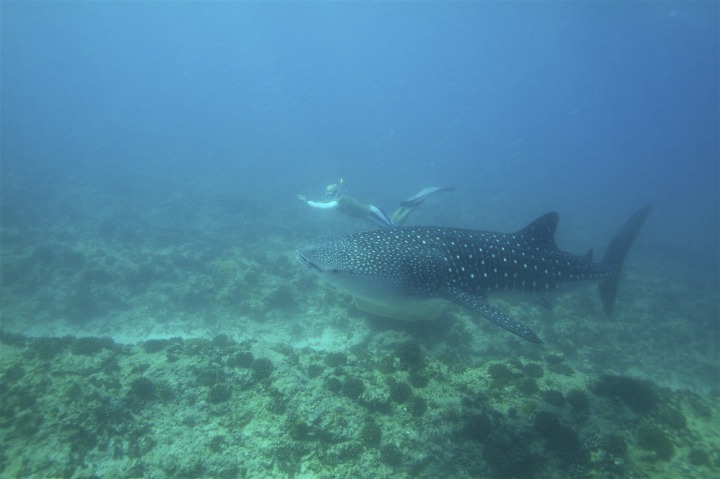 Now – I mentioned during the above posts last year that they were filming during my week long Great White trip a few hundred miles off the coast of Mexico.  It made for a great time, especially getting to know all the really smart underwater folks onboard – everyone from video and photo folks, to biologists.  Really smart dudes (probably my favorite series I’ve written in 3 years btw, just start here).

But now, just in time for Shark Week, the first episode of the film has released: Shark Diver – The Movie. And best of all – you can watch it online for free, or download it via iTunes.  Pretty cool!

And guess what – my name’s even in the credits: 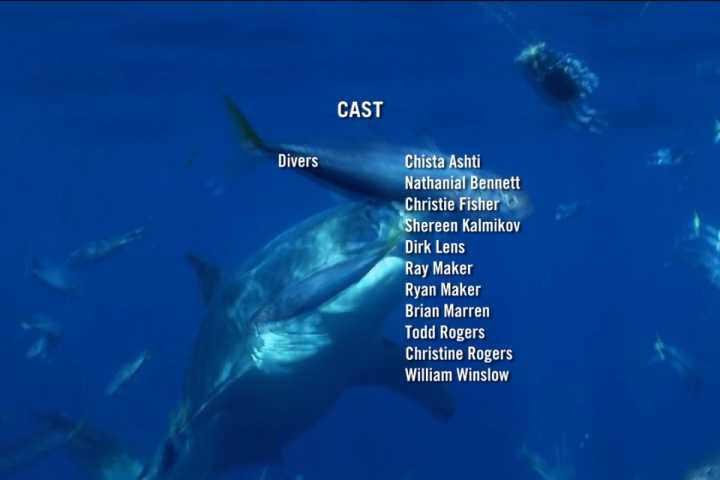 This means my name might actually now migrate into US IMDB…which would be uber-cool.

Now, one of the major goals behind this particular production was to try and swing some of the shark media coverage back from the “Thou shall always die if they bump into a shark” back to a more reasonable “Here’s why these creatures are so important”.  As such, they take a bit of a different twist on the traditional Shark Week-esque theme and promote education, while in a slightly tweaked docu-drama format.  It’s an interesting twist, and I’m eager to see it hopefully continue.

But…back to me.  You can spot me here and there throughout the movie as an extra of sorts (well, technically as a ‘Diver’).  It sounds much more official when you put ‘Diver’ in front of my name.  Like ‘Key Grip’, or something.  Though only clearly more important.  I feel the multiple shots of the back of my head really adds depth to the movie that otherwise wouldn’t be there.

It is interesting to see how much footage from the trip made the film, versus how much they shot (days upon days of footage out there).  Amazing how little actually makes the cut.  You have to remember we were on a boat for a week, with multiple camera crews, and them virtually constantly shooting.  Yet, net resultant is just a 30 minute program.  Still cool though.

If you’ve been watching Shark Week this week you might think that if you simply step foot in the water, a multitude of sharks will swarm you like triathletes to a buffet table.  Of course, you and I know this is untrue – otherwise our swim leg would be rather short (or stumped…). 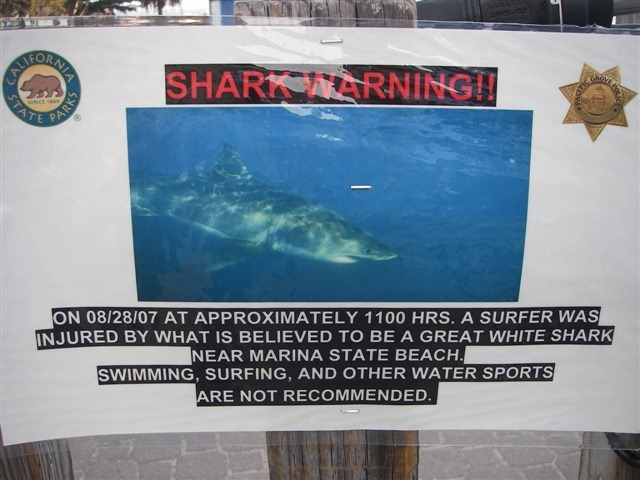 That said – in an effort to bring this back around to triathlon related stuff…it’s always important to understand what we as frequent open water swimmers can do to minimize the already minuscule chance of an attack. Unfortunately, as you go through this list – you’ll probably note that both you and I routinely break these rules, nonetheless – it’s always good to be aware.  And remember – we aren’t a natural food choice for them – so any bite is generally just ‘curiosity’.  Thus the name of the game is ensuring that a shark clearly understands you aren’t a baby seal.  Here’s the Top Five:

1) Avoid swimming in the ocean near where a river exits
2) Avoid dawn and dusk, as it’s much more difficult for sharks to make out what you are
3) Avoid murky water – which again makes it more difficult for sharks to play food or friend
4) Avoid swimming solo – not only does this make you more appealing as being isolated, but also reduces your survival odds if something happens
5) Avoid areas frequented by fisherman or where fish parts could be floating/simmering

And here’s a really good full list of more ways you can reduce your risk.  But again, the number of attacks on humans is incredibly low – and even lower for triathletes.  They prefer meatier folk…

So with that – enjoy the rest of Shark Week – and don’t read too much into the hype!