If you’ve been following my blog long enough – at least two years – then you may remember the comical story locker room story of Whisky Foxtrot (if you haven’t, then you must click.that.link).  Now while he’s seemingly disappeared from my most frequented location list (locker room), there appears to be a new Whiskey Foxtrot (WF) in his place.  This one has a new and unique feature set that can’t be missed or otherwise ignored.

The new guy stated appearing earlier this winter, right around Christmas time.  Given his appearance and festive timing, I at first thought he might actually be Santa Clause preparing for his rounds.  After all, he looked just like a slightly slimmer version of him.  Older, white fluffy beard, a small potbelly…the works.

Like the first WF, I never saw this particular individual actually work out in any athletic activity.  Meaning, my only encounters with him were when he was in the locker room already ‘in progress’.  I never saw him in the pool, the gym, the hallways…anywhere!  I suppose it’s possible he could have been in the kids soft-padded playroom, as I don’t frequent that.  But I’m going to assume he doesn’t go there either.

As with all my Whisky Foxtrot’s, there’s a certain ‘magic quality’ that differentiates them.  And thus far, it’s been that they aren’t wearing any clothing.  Now you may think this is normal for a locker room – and to some degree that’s true.  There are all sorts of naked people wandering around the locker room at all times.

And this guy crossed that line with one simple act.

The act of utilizing a hairdryer.

Why a hairdryer you ask?  After all, its name implies the drying of hair – something millions of folks in the modern world do every day using this magical device.

First, he’s a male.  Any guy will tell you that no males use hair dryers.  That right there in and of itself should have been your first clue: Any guy using a hairdryer is immediately suspect in manland.

In the middle of the locker-room halls…nowhere near the sinks and higher up mirrors.

Standing in front of a mirror…a full length one.

And using the dryer below the waist. 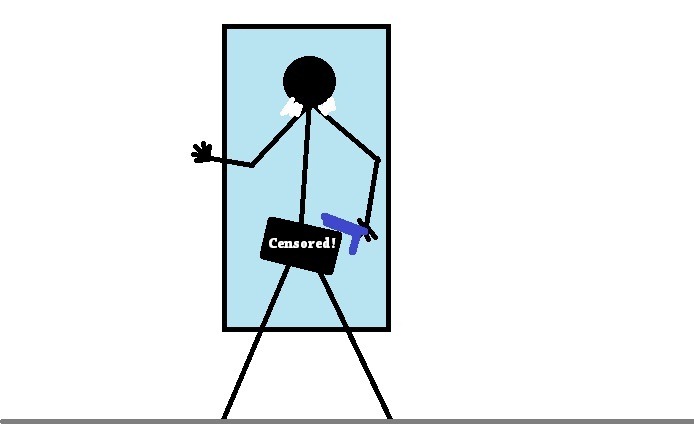 So with that… I officially deem him the honorary title of:

Friday administrative note: If you’ve e-mailed me this week, look for an answer in the next 24 hours.  I’ve been super slammed this week working 12-18 hour days and thus things are on a bit of autopilot.  Thanks for understanding!