This weekend was full of all sorts of stuff – to start off with, The Girl was busy making Valentines cookies…and I was busy eating them: 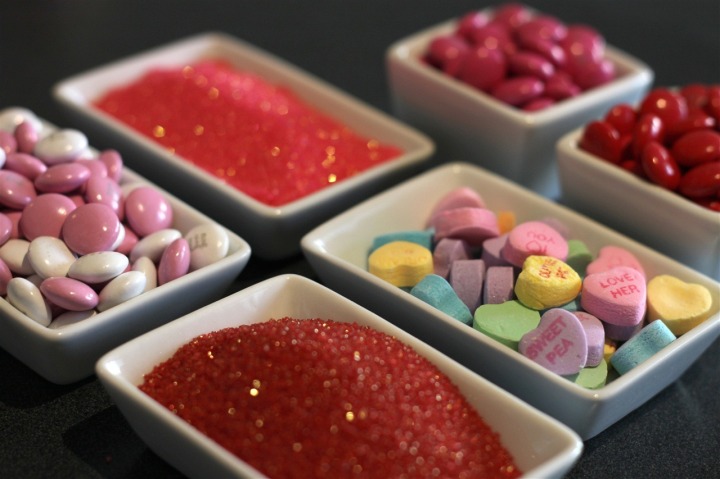 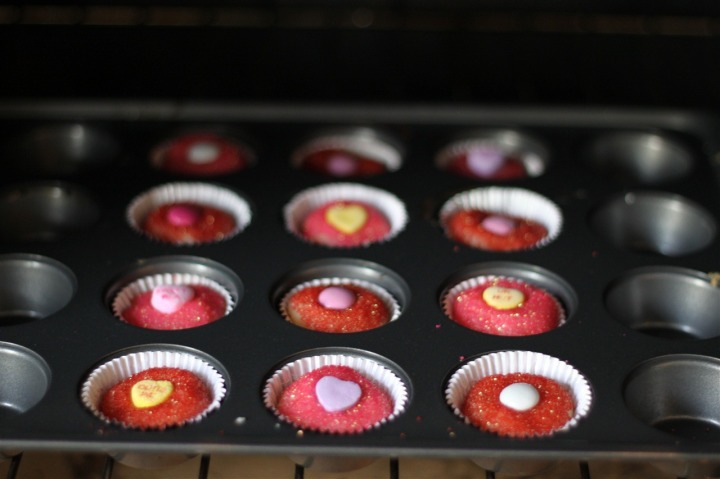 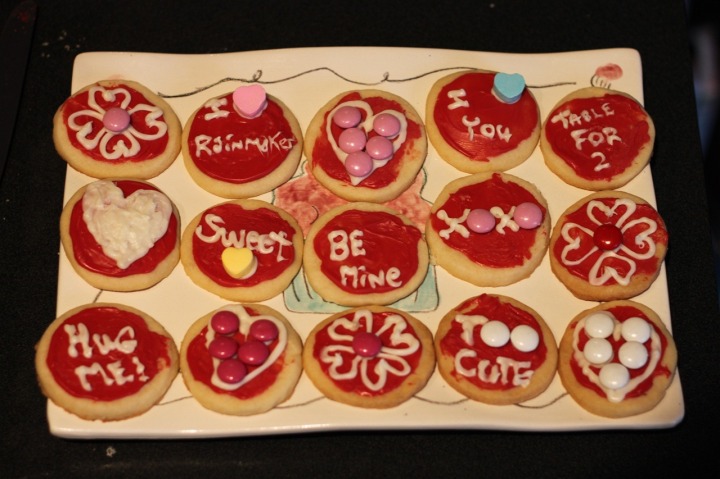 Of course, post-cookies there was some brief running to do – in the Cupid’s Undie run that I mentioned earlier this weekend: 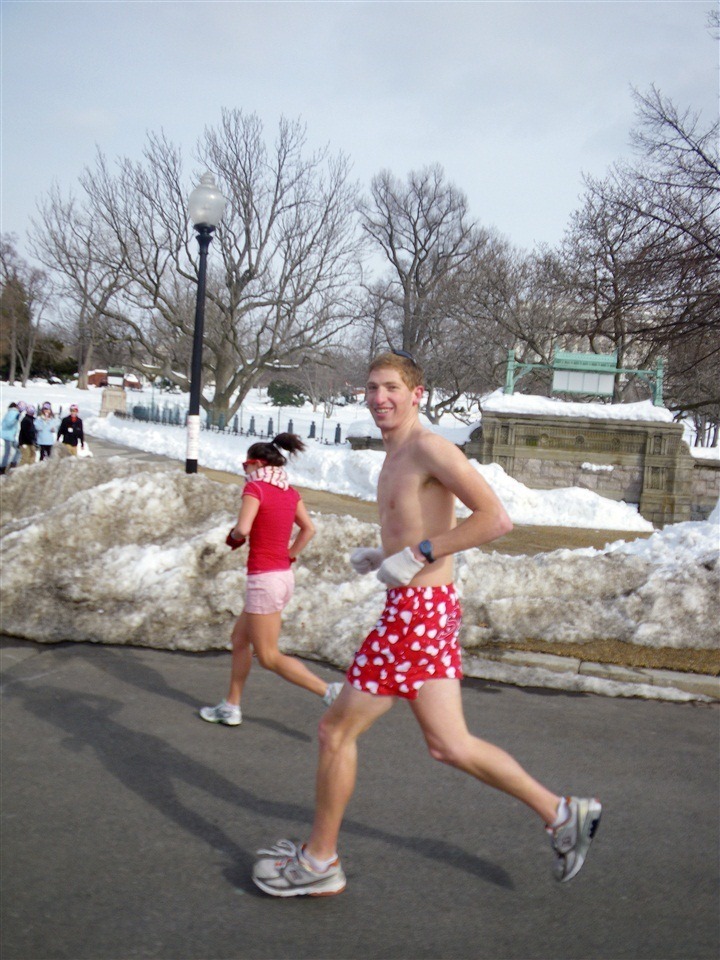 Though, that wasn’t the end of our workouts for the day, in fact – it was just the beginning.  Immediately upon returning back we headed straight out and started a nice interval run – with the main sets at 3×8 Minutes…well down sub-6 (finally!).  Though, the tail wind and slight elevation decline may have been the reason for that.  Either way…wootage!

Post-run it was straight out to the pool to knock out that workout before they closed up shop for the night.  It also gave me a chance to play with Swimovate’s Pool Mate watch.  Their watch automatically keeps track of your laps and total yardage for you.  Thus far I’m fairly impressed with its ability to exactly track my laps.  They sent me a demo unit to try out for a bit, so look for a full review in about a month – though feel free to post any questions prior to that. 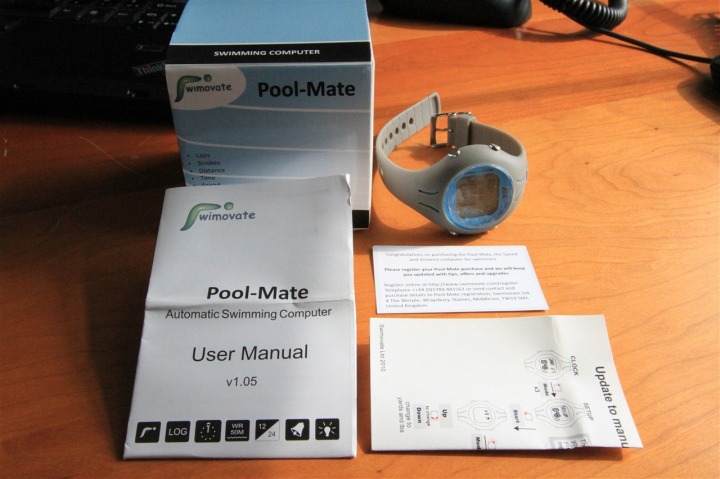 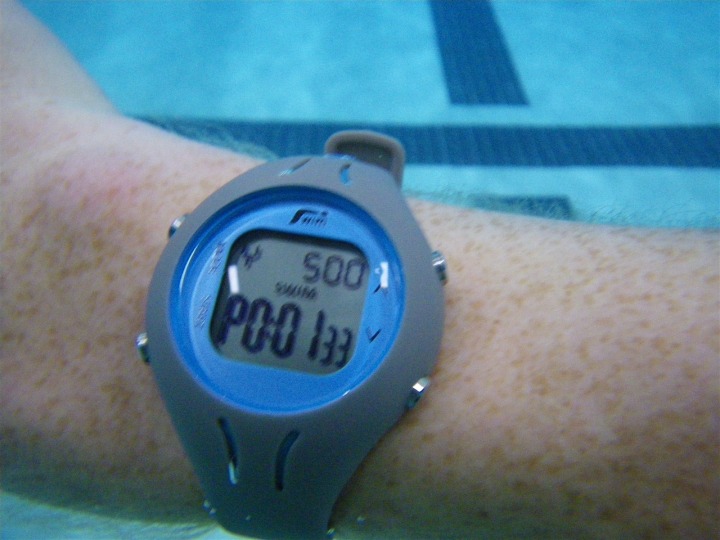 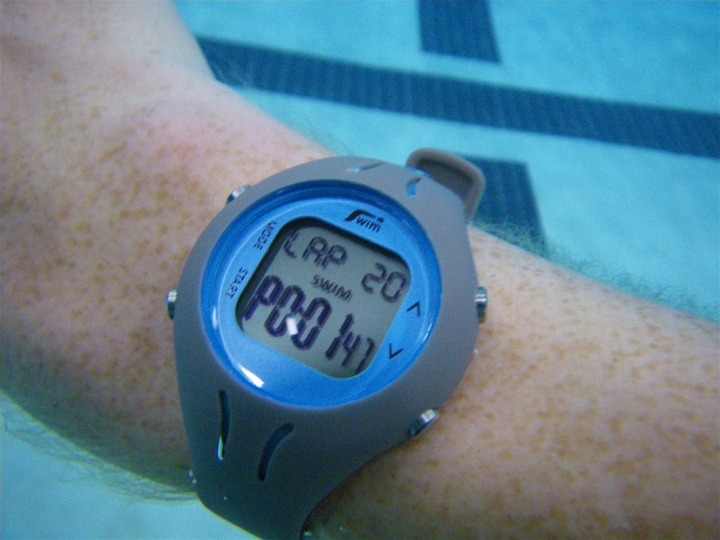 I’ll also be reviewing the Swim Log program with it as well, since the two are loosely linked together. 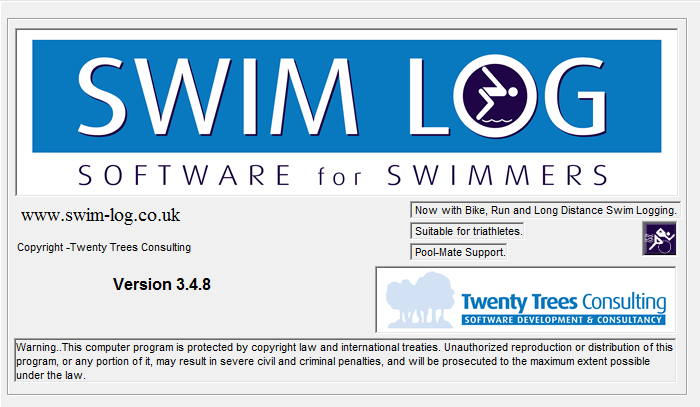 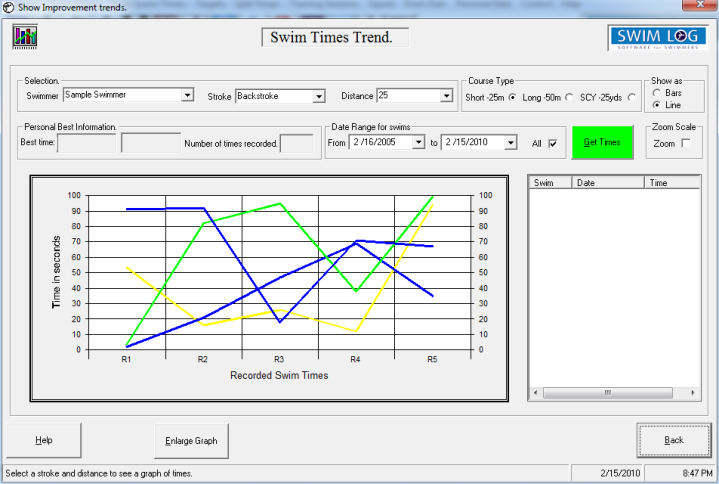 Sunday brought both Valentines day, and ride outdoors.  I’m lucky enough that the street directly in front of my place is well plowed and all cleaned up – so I’m able to do 6 mile loops on it…over and over…for two hours. 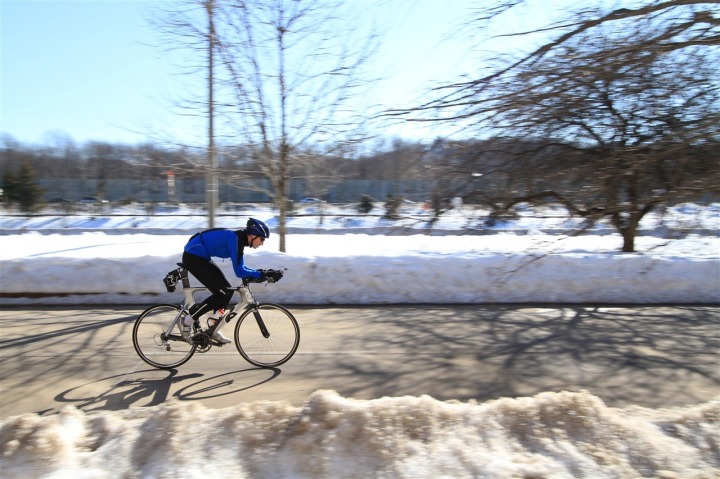 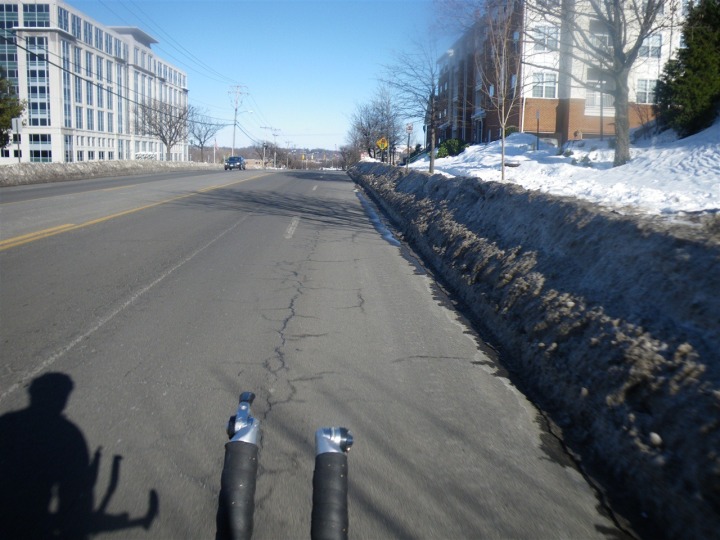 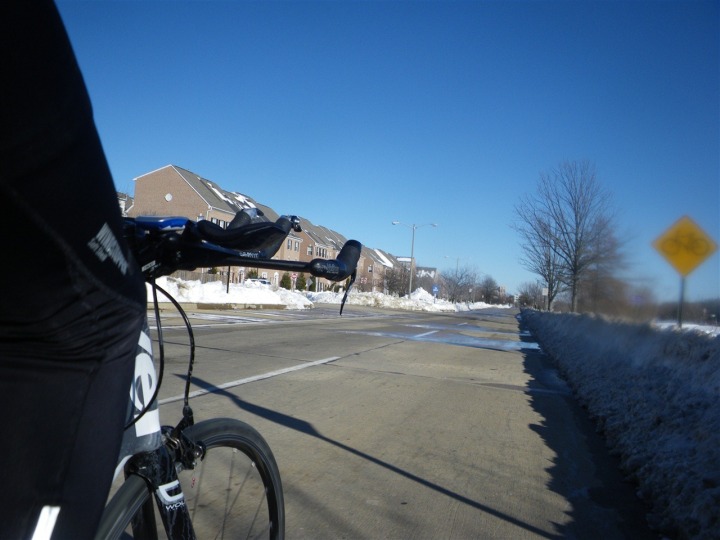 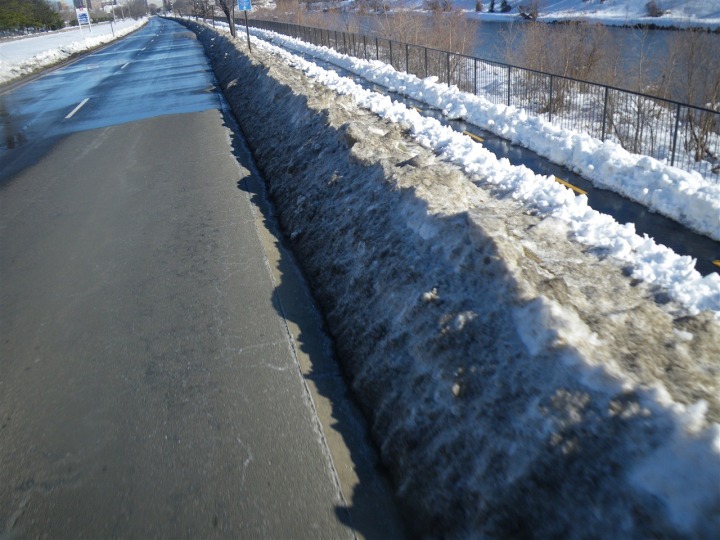 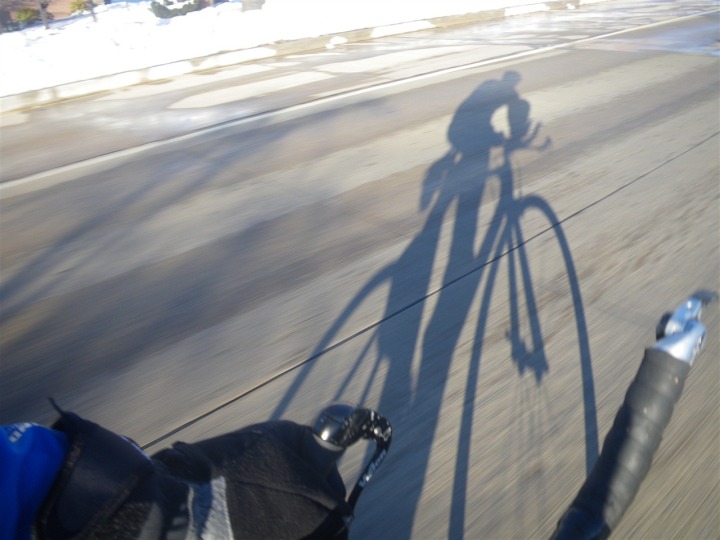 Since some of you were curious what I’d be making for Valentine’s dinner I figured I’d let you know that I let someone else do the cooking for once, and headed downtown to a favorite Italian restaurant of ours – Tosca.  They had even carved out the name of the place in the snow in front of the valet! 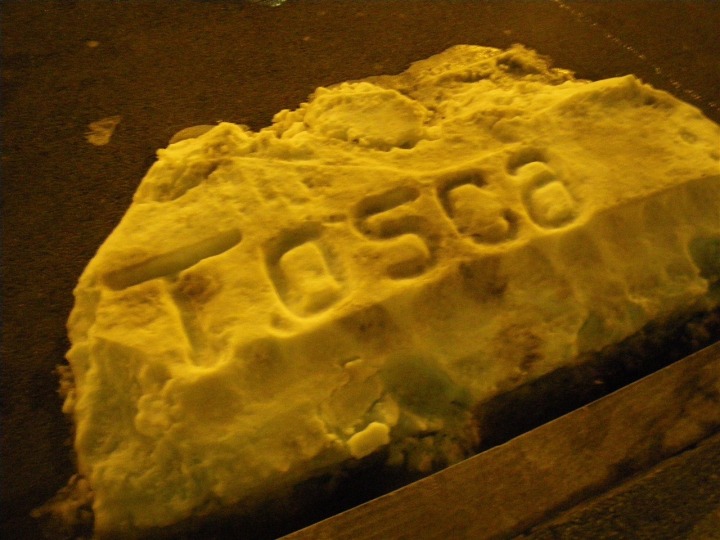 This morning I knocked out a quick swim on the way to the airport.  After which I boarded my plane for the faster than normal flight out to Seattle. 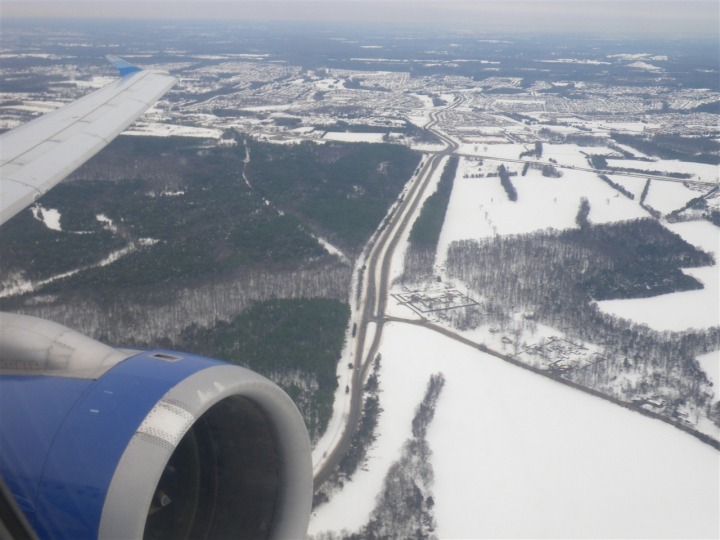 More deets on that tomorrow night…

Couple completely random sports tech things I noticed from headlines over the past few days:

– Last week ANT+ announced a new Texas Instruments chip that combines both ANT+ and Bluetooth Lightweight, as well as GPS.  The goal of this one is to be used on mobile phones and similar devices.  The key here is that this would be able to capture both Garmin and Polar devices.  Imagine being able to simply tote your phone in your back jersey pocket and have it record all your HR, Cadence, Speed, etc… from both Polar and Garmin devices?  They are demo’ing some stuff over the next few days, so hopefully we’ll get some more deets then…

– This week at a mobile phone conference in Europe as part of the Windows Phone 7 launch keynote that showed a tiny screen showing some data collected during a run of some sorts – so perhaps vendors are already thinking along those lines (though, their numbers are a bit fishy in the example below…): 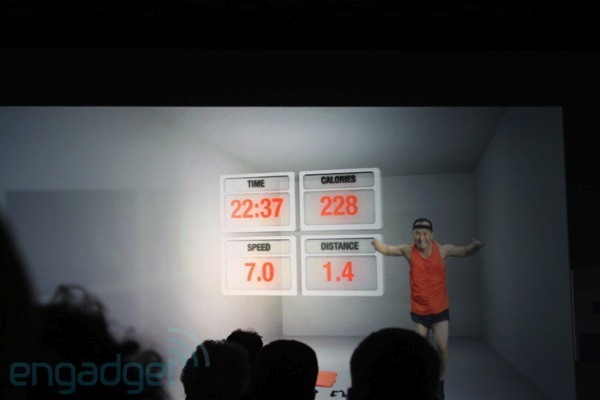