Following a few days of triathlon related goodness in Luray, the Girl and I bailed back up into Shenandoah National Park to our mountainous hideaway for a few days away from it all.  We stayed at Skyland (within the park) – the same place I so often bike to on my long rides, and just rented out a small cabin that overlooks the valley below.

We spent a fair bit of the rest of Sunday just hanging out relaxing on a quilt the Girl made from old t-shirts (mostly running races), you can see it through the windows: 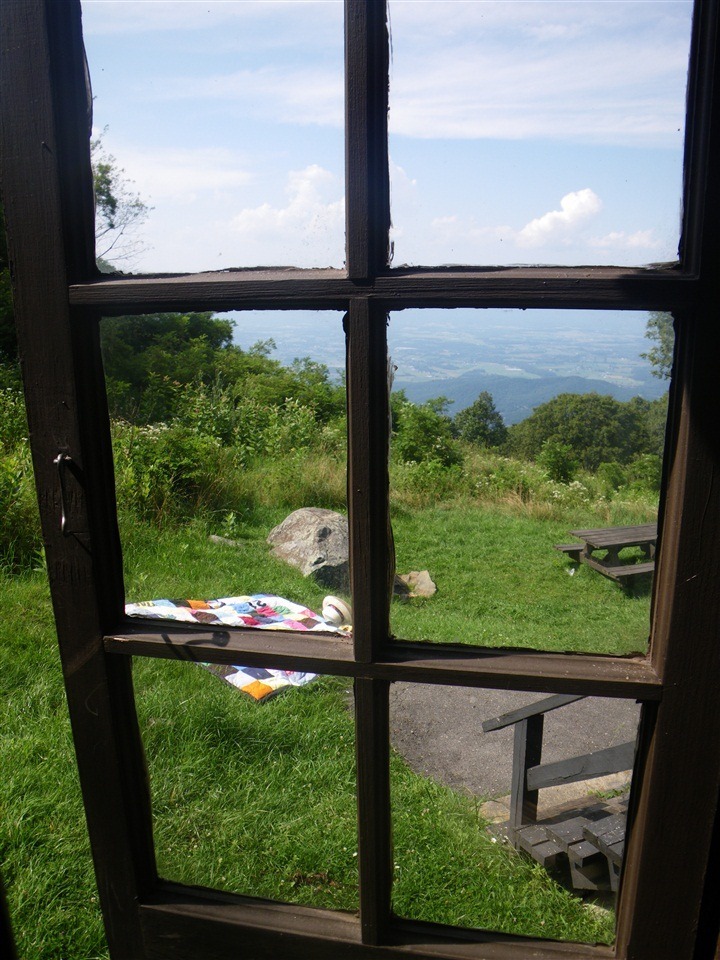 Ironically, it also overlooked the site of the Luray triathlon – that body of water there is actually Arrowhead Lake, where the tri was held.

Oh, as a random aside – some folks have asked along the way what cameras I use.  For all my bike rides I use a waterproof Optio W60.  It’s simply awesome.  No worries about dirt, sweat, or water.  And for all the ‘pretty pictures’ (race, above, etc…), I use a Canon Digital Rebel XTi with an assortment of both Canon lenses and Sigma lenses (most all of the photos from the tri were a Sigma 70-200 lens)…anyway…

On Monday we relaxed quite a bit, but we did at least do one little ‘hike’, I say ‘little’ because it was only about a mile round trip – purposefully short since Coach doesn’t want me doing much of anything except the prescribed workouts. 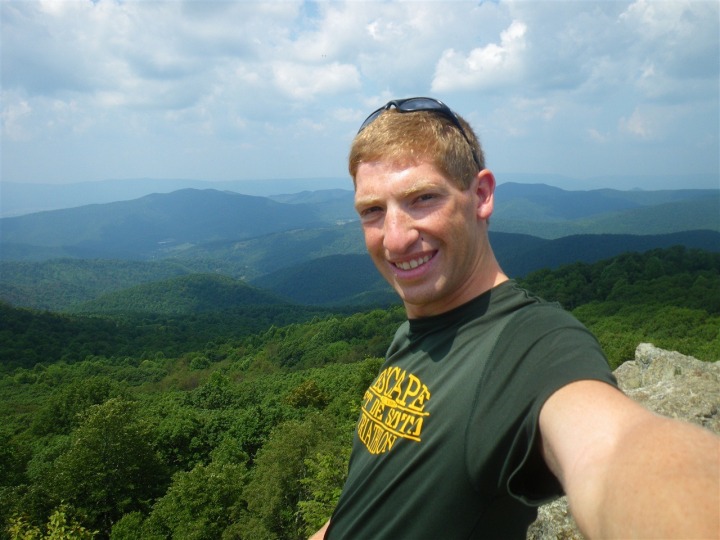 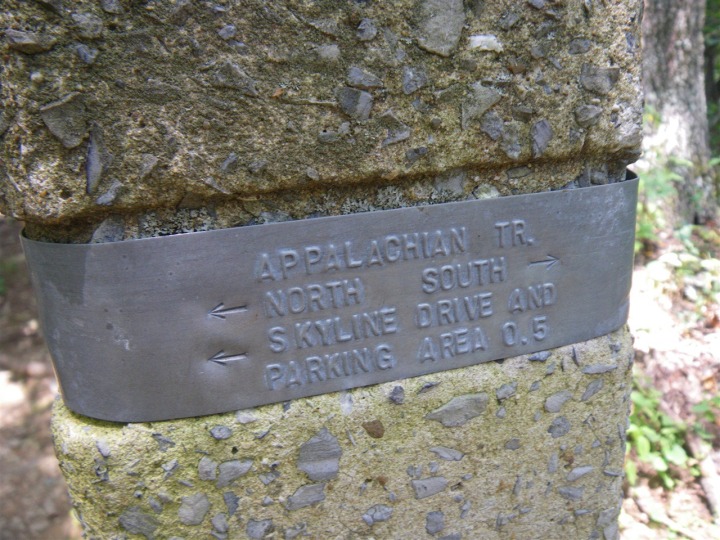 It actually crossed and then went along the Appalachian Trail for a bit, which runs along the ridgeline in Shenandoah National Park – right next to Skyline drive where I normally bike.

Though I didn’t see any bears this time, we did see evidence of them on the trash can near our cabin. 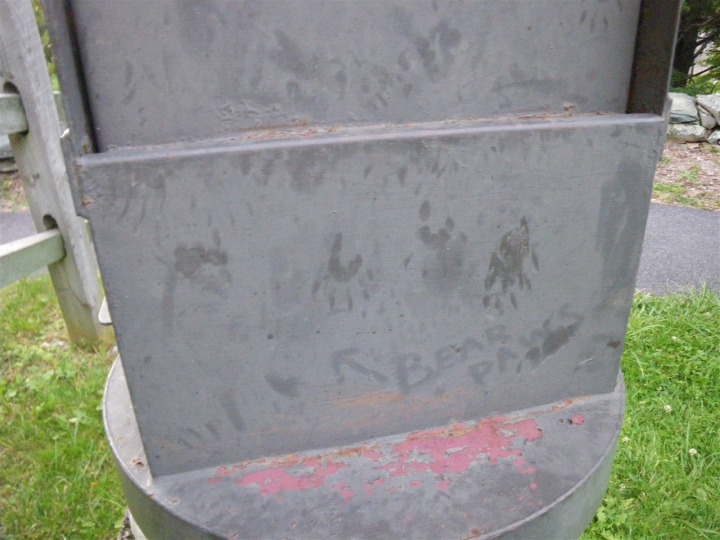 Following our mini-adventures on Skyline drive we left our cabin to go to Washington, Virginia.  No, that’s not a typo – but to the town of Washington…in the state of Virginia. 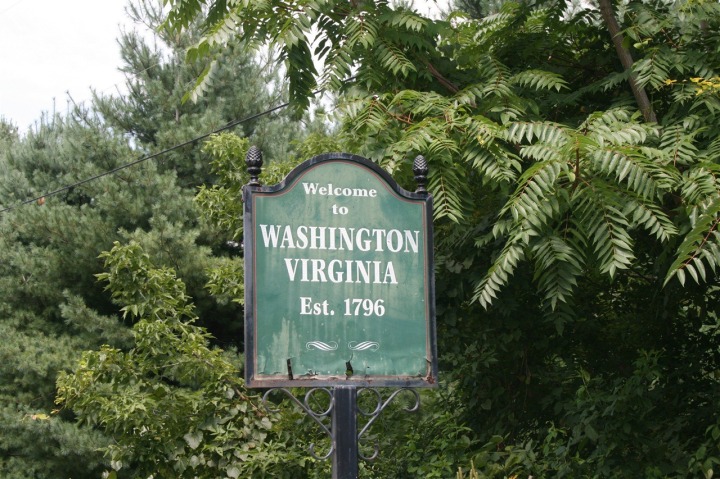 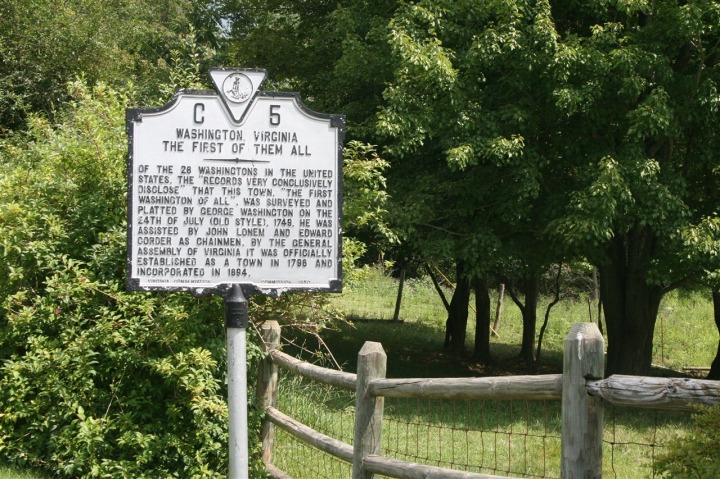 Our primary reason for coming to this little town was actually the food, but before we get to that, I want to mention where we stayed.

We had planned to stay at one B&B, but didn’t actually get a reservation given it was a Monday night, but upon swinging by we found out they were closed for renovation.  So after a bit of looking around at other places during the afternoon, we ended up choosing a small bed and breakfast just a few miles down the road from the restaurant – Caledonia Farms – which is an old (1812) farmhouse that overlooks lots of farmland and cows.  Here’s some pics: 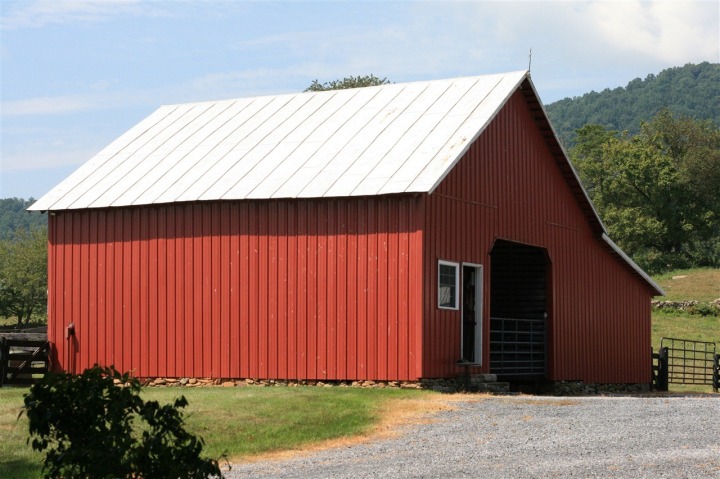 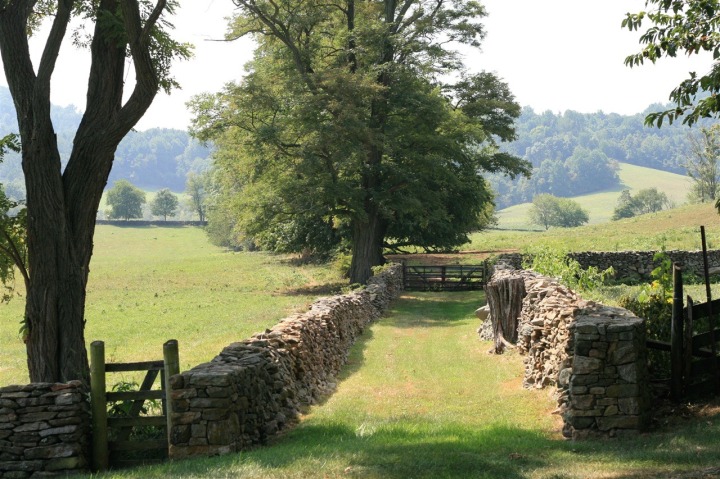 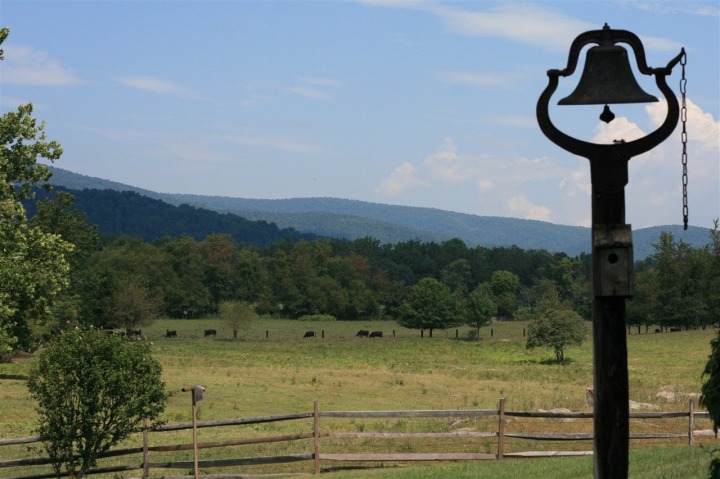 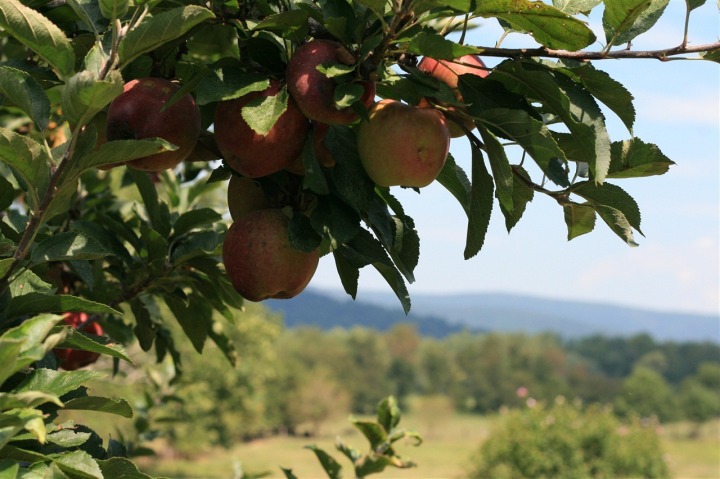 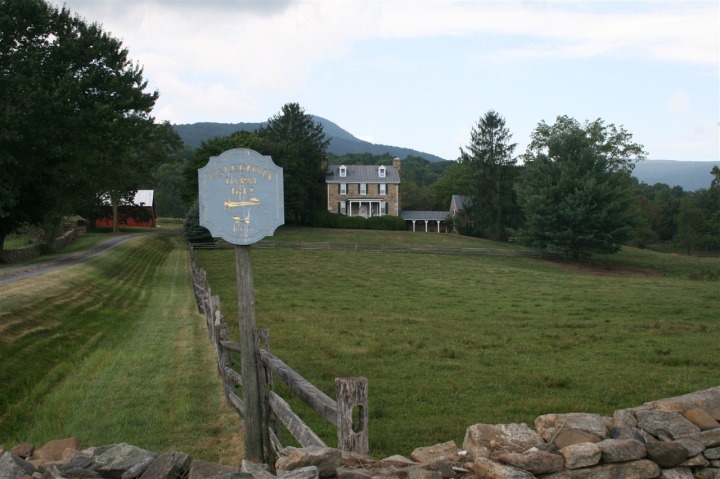 The physical place/building itself is pretty nice (and the location incredible), though the interior could use some updating (not to change the historical nature, but rather to ‘tidy it up’ a bit).  The owner is a fairly interesting duck, Phil Irwin – who was host of Voice of America, apparently an international radio show way back in the 60’s (well pre-dating me).  While he was friendly, nice and cooked quite well, I think he…well, after 5 minutes of trying to figure out how to word it…I don’t know what I think.  Interesting duck, that’s all.

But the best part of the weekend was the FOOD!  See, there’s a place called the Inn at Little Washington, which is world renown (hey, The Queen (like The Girl, only not as cool or as good looking as The Girl) ate there, as have Presidents).  See, the Queen: 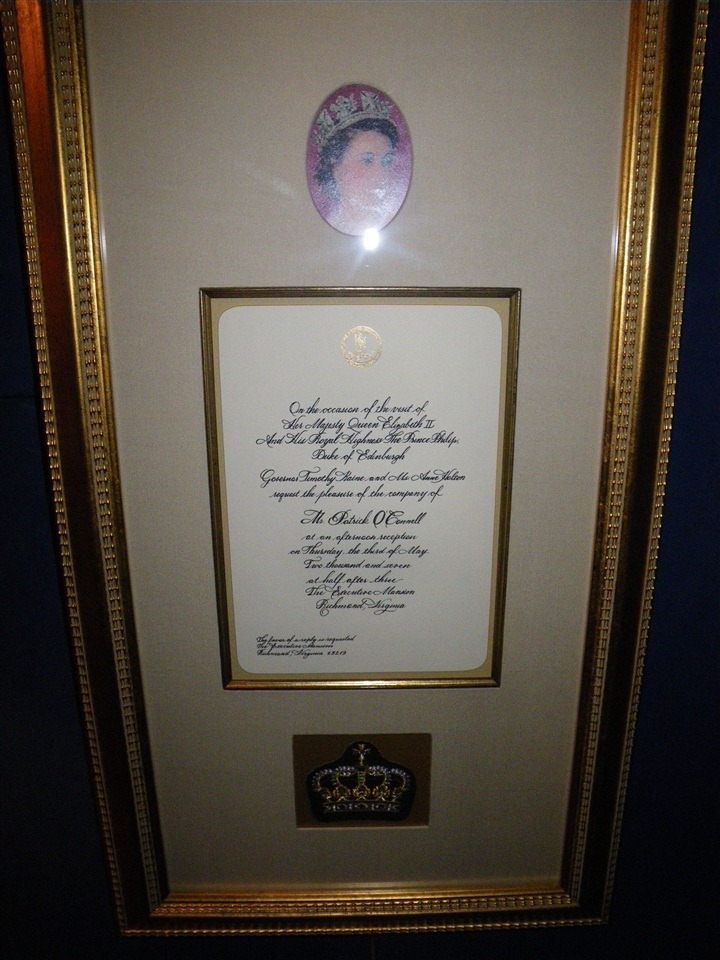 Ok…Queen aside…It’s consistently voted the best restaurant in the DC area (I say area as it’s 75 minutes away), and unlike most places, it’s been around 30+ years.  I’ve been wanting to go for quite a while, but the opportunity never presented itself.  So up until this point I was content with cooking things out of his cookbook – which is also awesome.

When we arrived, they welcomed us by our names (fairly impressive), and even had customized menu’s printed (damn impressive).  You could one of two preset menu’s, one that was more restricted and the second that had fewer overall courses, but lots more selection within each course.  We choose the second option. 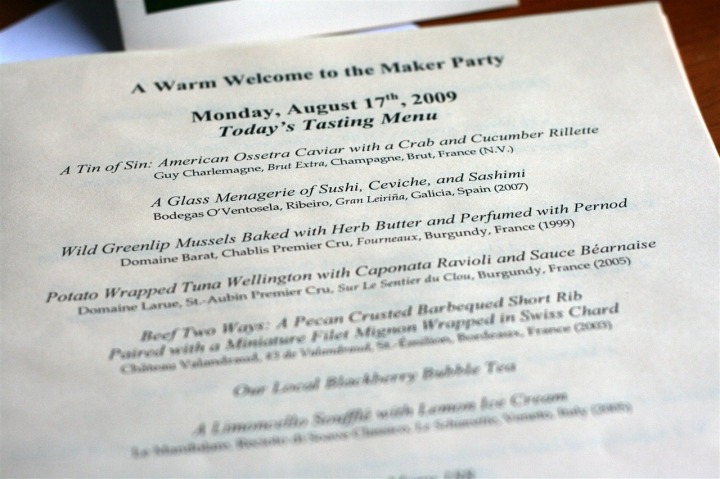 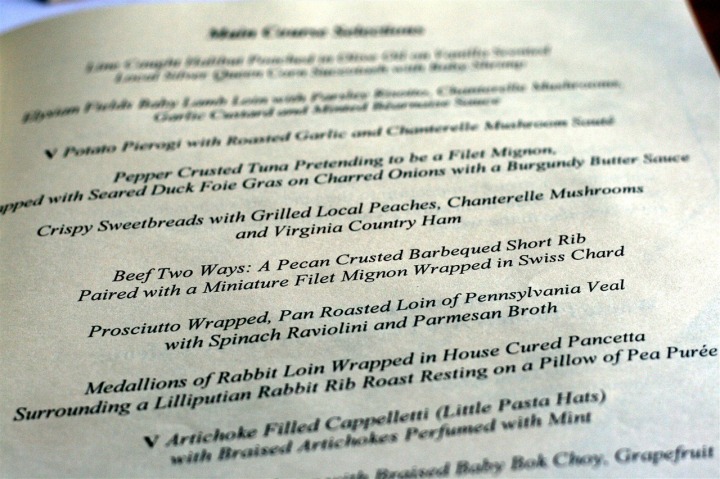 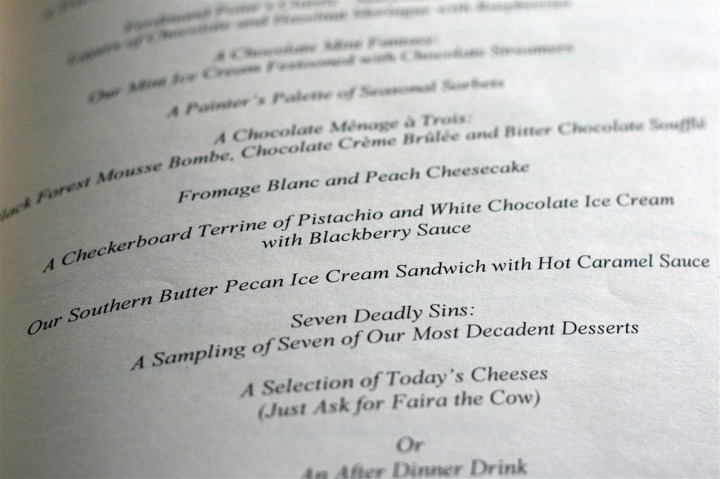 All in I think we had about 6 or 7 different courses, some mentioned on the menu – and some freebies tossed in.  Here’s two dishes we had, The Beef Two ways – and the Seven Deadly Sins (for dessert), and below that, The Girl’s dessert selection – A Chocolate Ménage a Trios: 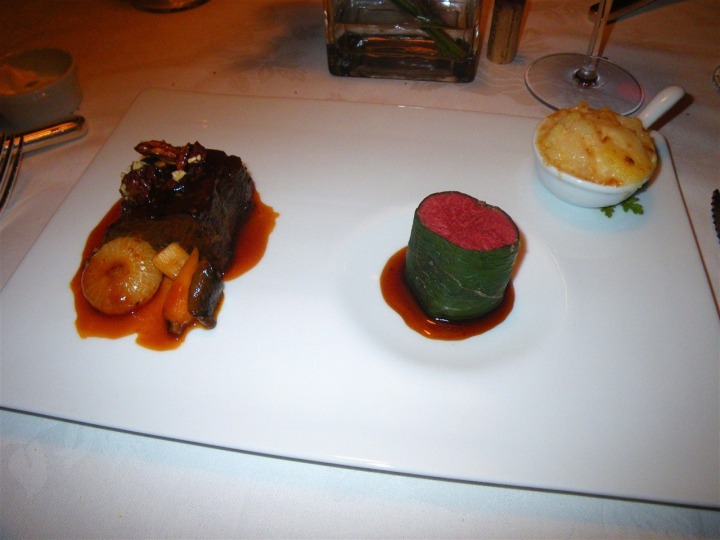 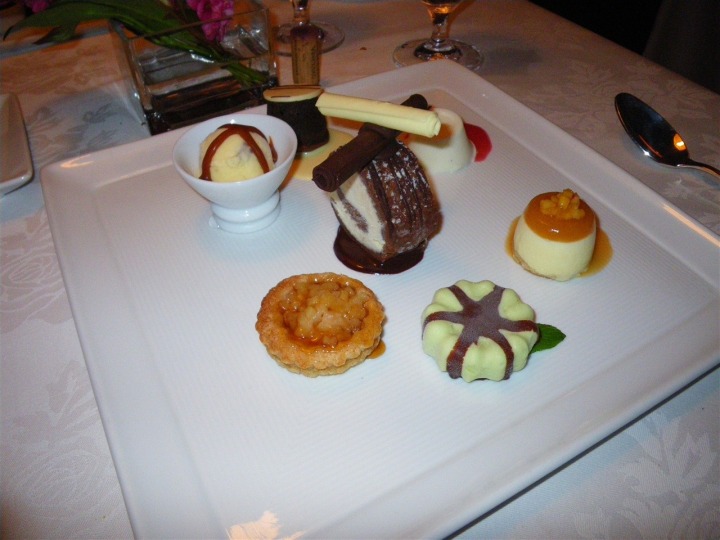 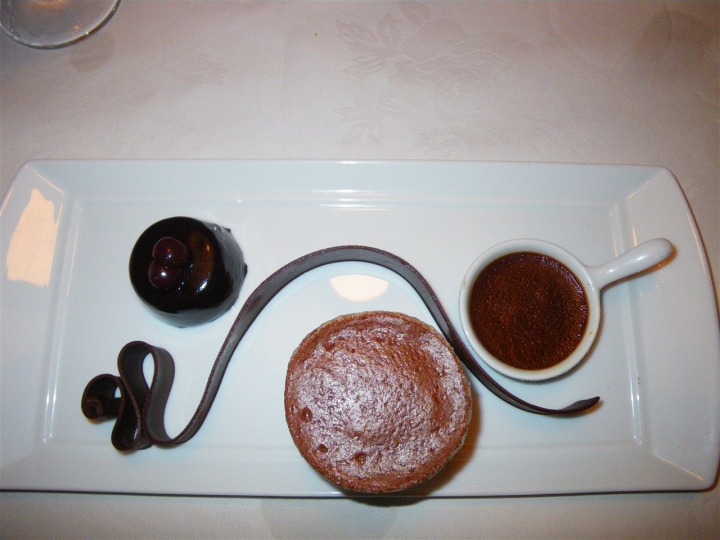 Unlike many trendy restaurants – we actually came away feeling full, which is good considering how much you pay for dinner.  And they even send you away a little box of cookies, chocolates and assorted goodness, all in a tiny little miniature of the Inn itself. Oh..as for the food?  Incredible. 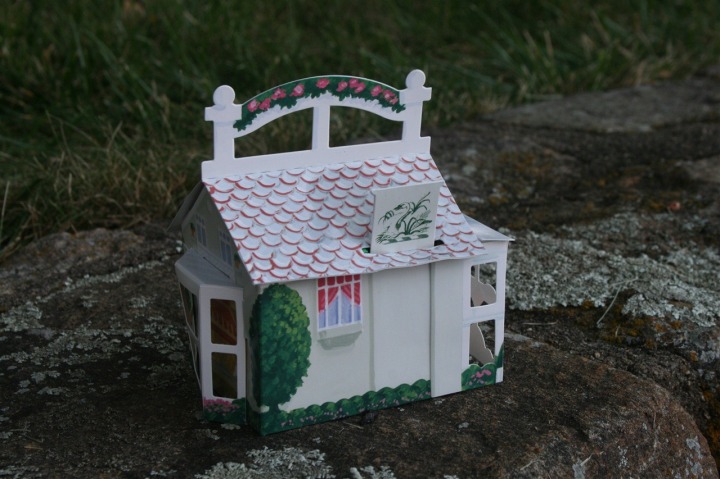 Following dinner they took us on a tour of the kitchen – and to meet the Chef, both of which were pretty impressive.  The kitchen was unlike anything I imagined.  Designed to NOT look like a conventional commercial kitchen, it looked like a massive glorified (but very well polished) country kitchen.  Pretty cool.

After all this the following day we spent some time making our way through little towns back to DC, we swung briefly through a winery because we had gotten a free tasting card, but the wine in general kinda…sucked.  So, we just bought some chocolate sauce instead. 🙂 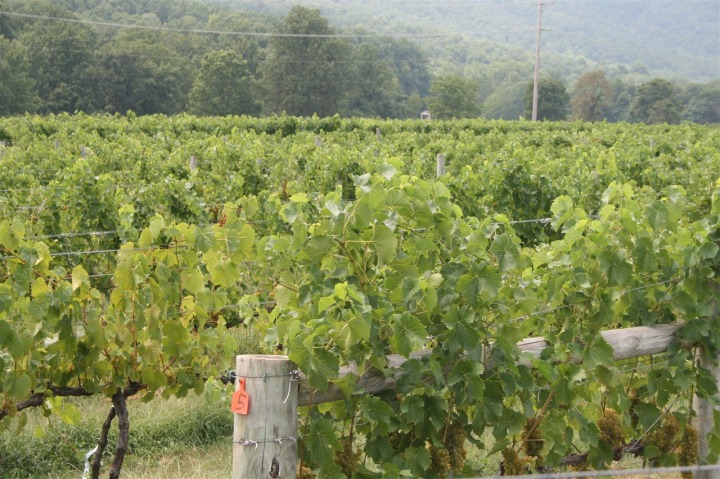 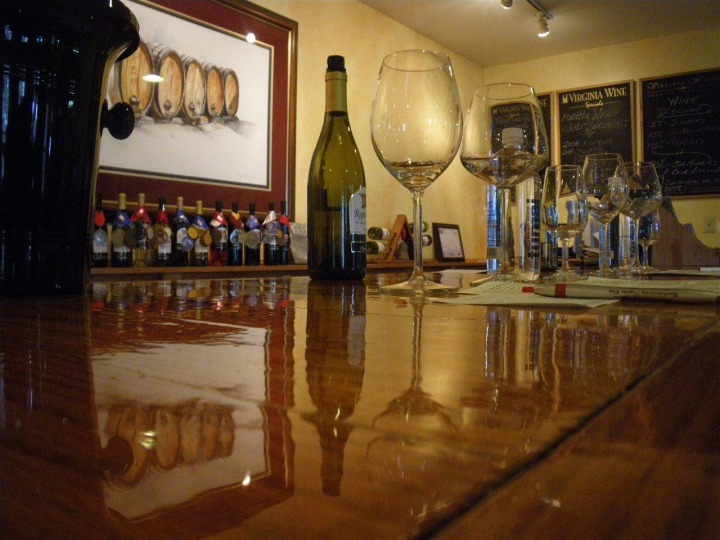 So with that…I’m back.  And it’s almost the weekend again…woohoo!