Packed and ready to roll…and run…and that swim thing.

I have arrived.  Well, to the Tampa airport anyway…just waiting for my bike case to roll off the ‘oversized’ luggage area.  But that should happen relatively soon.  I had forgotten how much more ‘fun’ it is to pack for an away triathlon compared to an away running race.  With a running race, you can pretty much just get away with the shoes/short/shirt – everything else is just bonus round stuff.  But with a triathlon, you forget one tiny thing (like say a screw for your bike), and the whole race is in jeopardy.  Which…is why I have a big.long.packing.list.

First, we start with all the non-bike stuff…things like wetsuit, goggles, and swimsuits (race, training, beach) – I feel like a girl with all these swimsuits. 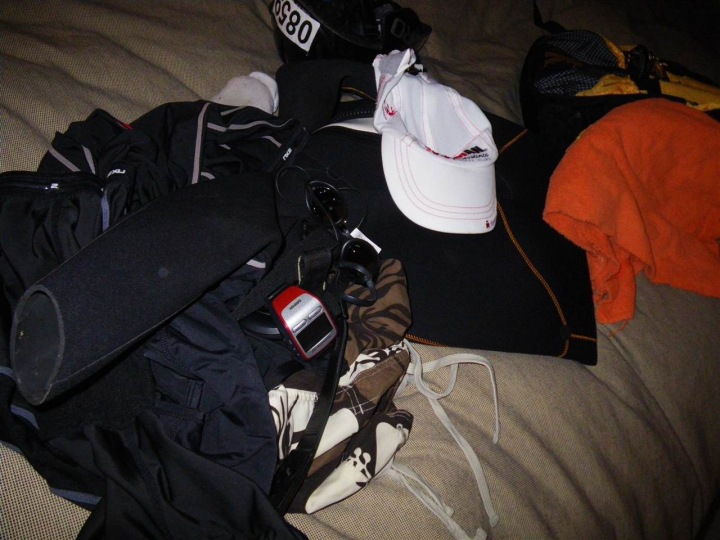 Then I go down and ponder the bike situation.  I also gather up all of the bike’s little friends – like the pump (because the HED wheels require a very slim pump-head), shoes, bottles and helmets (yes, helmets). 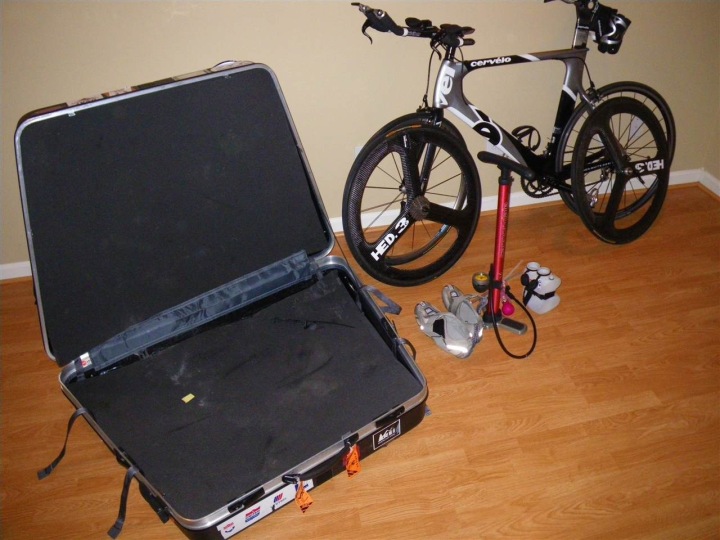 Now it’s time to take it all apart.  This is the easy part – assuming the pedals decide to cooperate with the removal process.  The key to this part is having a clean work area.  Because there are  a ton of little loose parts near the fork that can easily get lost when you take them apart.  And if any of them are lost the…bikey=brokey.  In the photo below the poor thing  looks like it’s been decapitated. 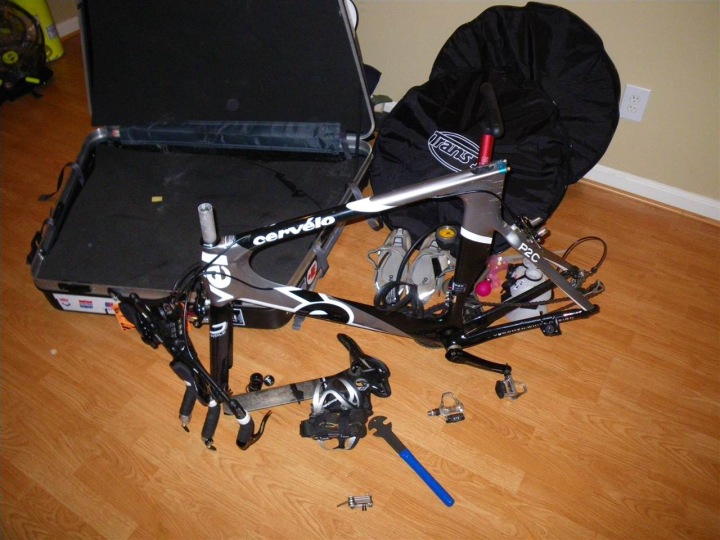 Next up is the fun part – getting it into the case.  After you’ve done it a few times with a specific bike you get to know the pattern.  This bike is much easier to fit than my Fuji road bike…or I’ve just gotten better at it. 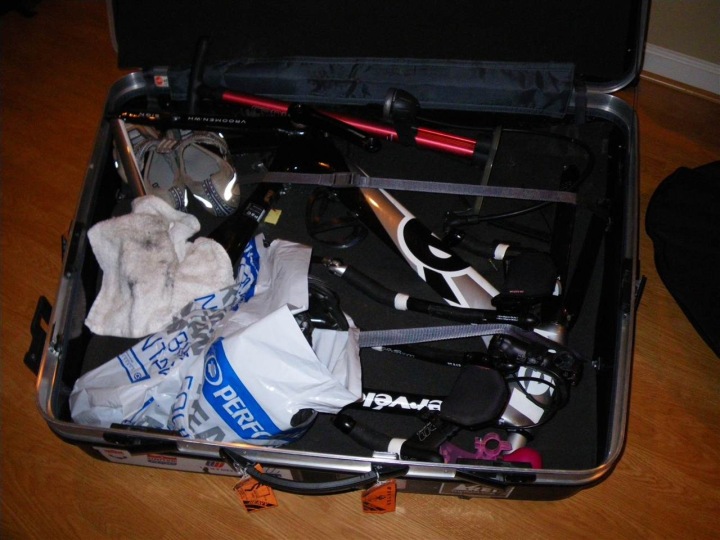 As you can see, I also stuff in a lot of other random things at the same time.  You have to be slightly careful of weight limitations with the airlines, but stuff like bike shoes, pump, etc… are great for the bike box.  After that, you begin the game of trying to close the thing without any large cracking sounds.  Sometimes it works on the first try.  Most times…not so much.  That’s my packing list sitting on top – almost done! 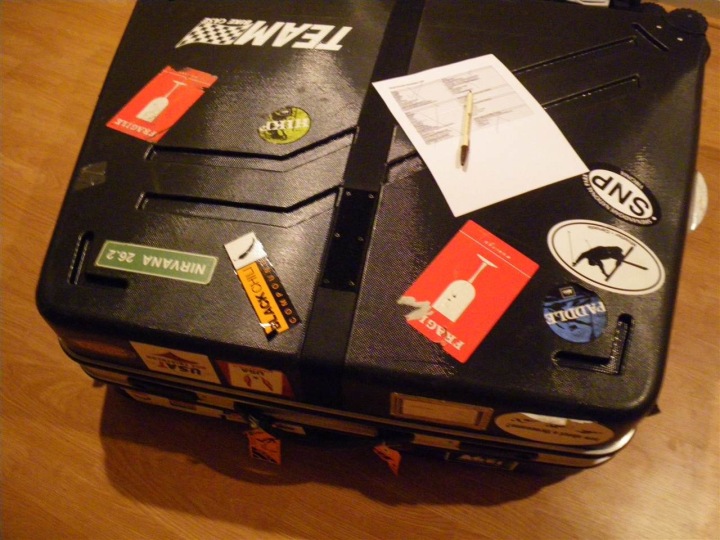 I was rather proud of my bike packing time split this time, less than 9 minutes from start of disassembly to successful box closing.  And that’s WITH taking pictures!  After that it’s time to look like a drug dealer and sort out little baggies of nutrition.  Because I have a simulated race tomorrow (Friday) before the real race on Saturday – I’ve gotta pack double nutrition.  Plus I’ve got replacements for the Girl who’s been down there training for the last two weeks. 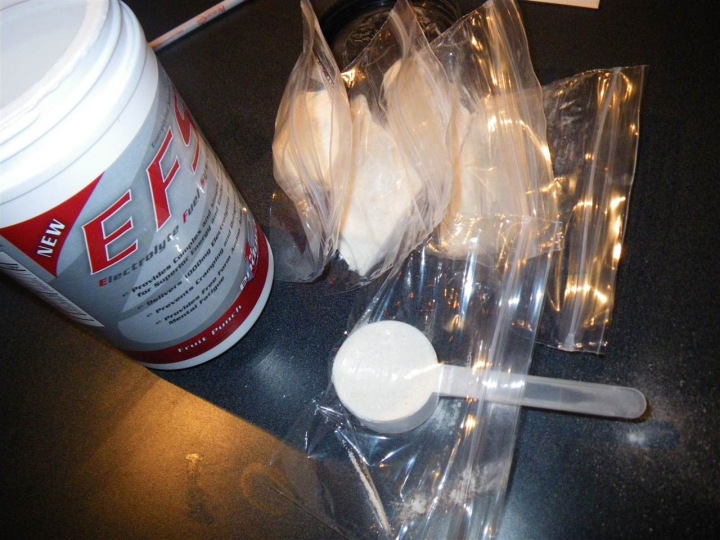 This morning it was time to get everything in a tidy little pile and make it all fit in the car.  The scuba stuff off to the left side is not going on the journey. 🙁 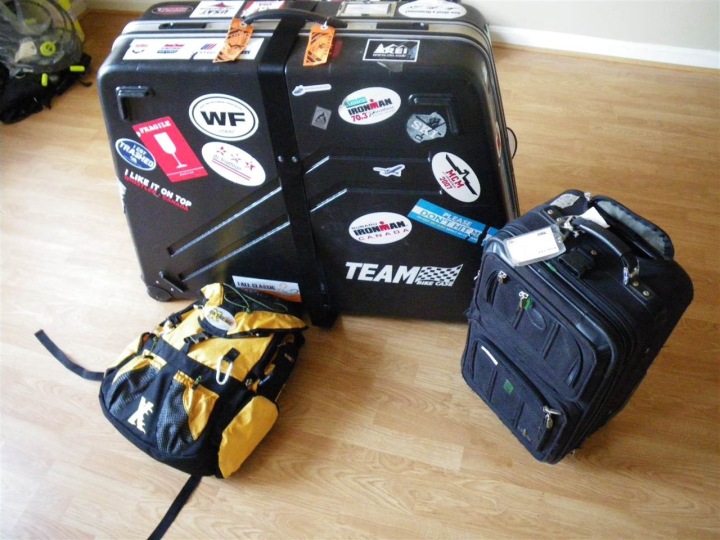 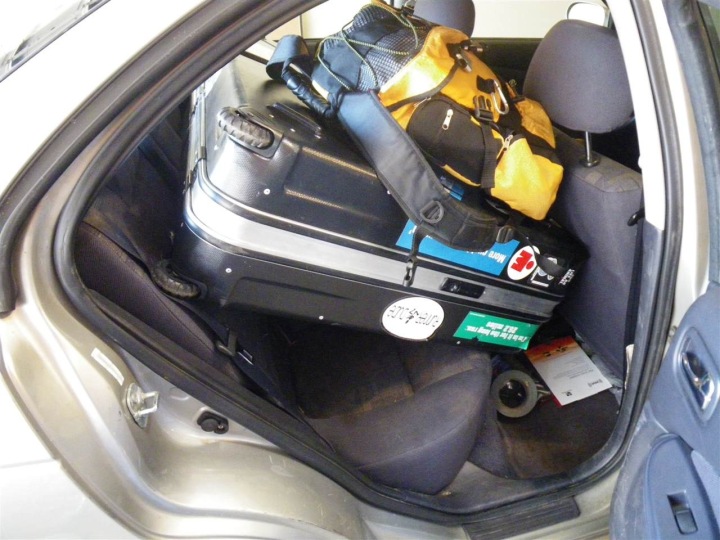 See that above?  That’s my bike case – easily fitting into the backseat of my little car.  I’ve fit this case into even smaller cars, like little Neon’s.   The trick is doing it upside-down and moving the seats forward first. If you can’t find a way to fit it into your car (which is likely larger then mine)…then… 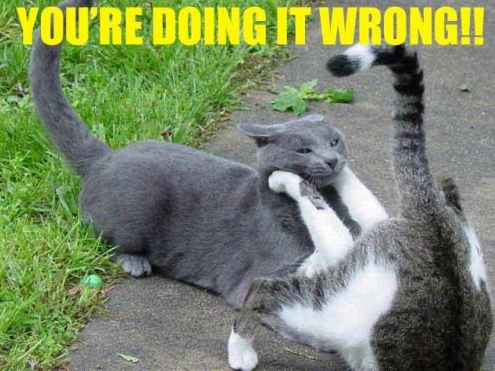 After that it was off to the airport and to the bag drop-off to begin what is usually a confusing process (bike case check-in).  For once the ticket counter folks were actually really friendly and efficient.  She asked all sorts of questions about the tri – which was nice. 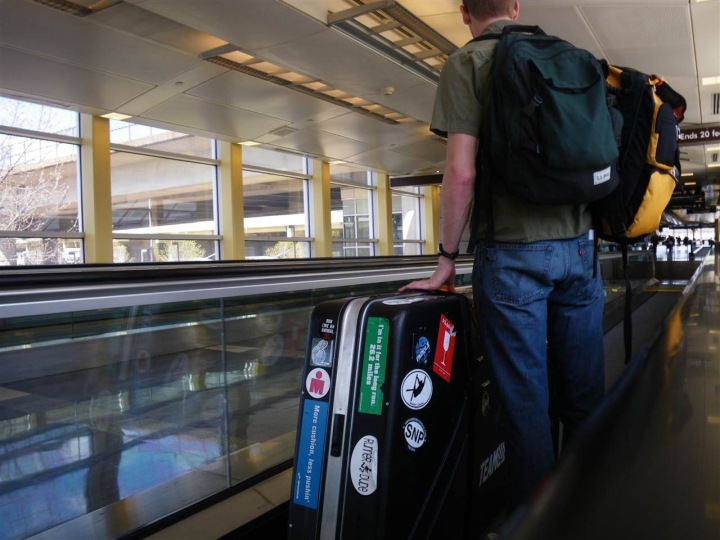 Then it was off to the gate, and into the air.  Given that I saw them loading by bike box (below, with the 26.2 sticker) onto my connecting flight, so it’ll eventually pop out of the special baggage door here…or it’s on it’s way to Nicaragua… 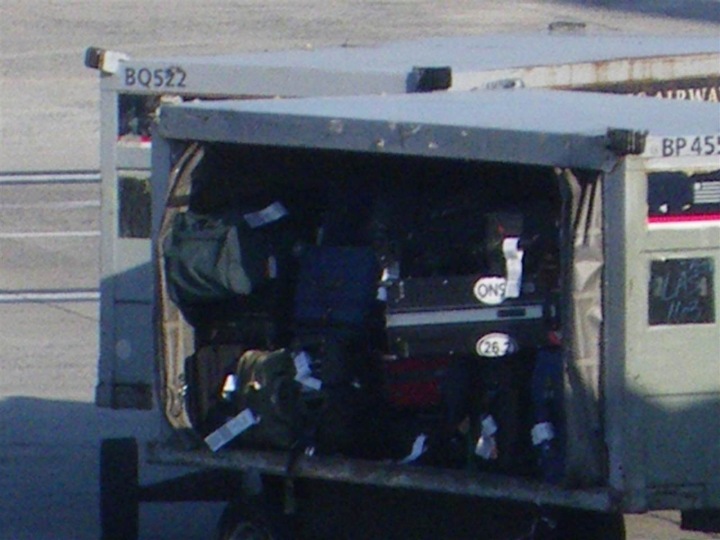 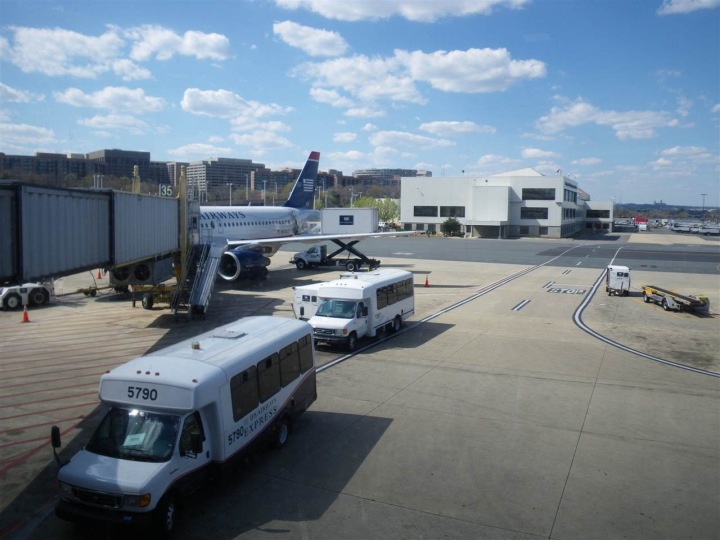 The plan for tomorrow morning’s training session is a 20 minute ocean swim, followed by the bike course (10 miles) followed by a 20 minute (almost the whole course) run.  Should be fun.  Well, as much fun as one can have at 7AM on the day before the race (same time as the race).

Saturday’s race is a modified Sprint Tri (.5M swim, 10M bike, 3.4M run).  The rough plan is ‘balls to the wall’ from the start.  The slightly more technical plan is:

So with that…have a good weekend everyone – I’ll catch up after the race!  Here’s the sunset over the beaches, upon landing tonight in Tampa. 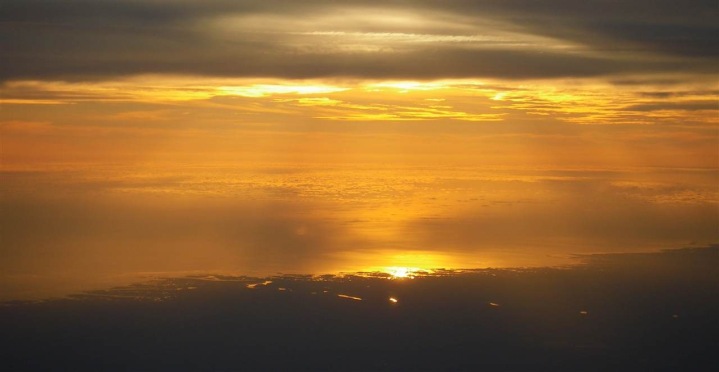