How to properly recover after a Half-Ironman

So after Saturday’s Half-Ironman race I decided that there was only one way to recover: 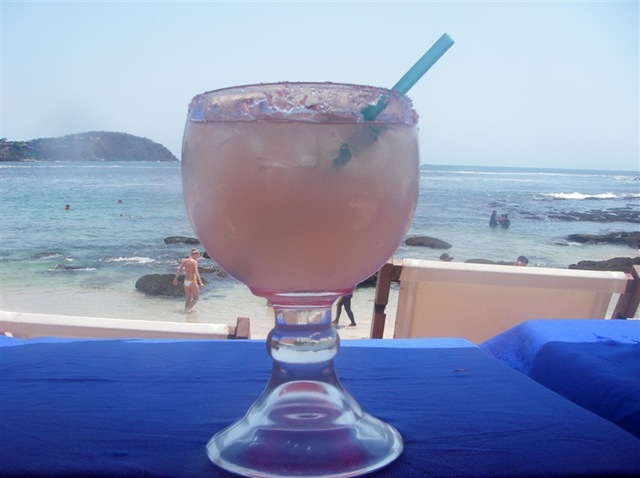 While normally I plan international trips a bit more in advance (a few weeks), this one had only about 4 days of planning.  My parents were going on vacation to Ixtapa for a week and in short convinced me to take the short three hour flight from Oceanside down to Ixtapa.  And the flight was super-cheap.  So here I be.  Well, it’s short lived – only three days, heading back tonight.

But I wasn’t a completely unproductive person.  I got in about a 45 minute easy ride yesterday and a 40 minute run today.  Plus I snorkeled, that’s intense physical exertion right there.  The ride was really nice – they’ve got this 10KM or so perfectly paved bike path (no, not a running path – a bonafide ‘Ciclopista Plano’) that wanders through a nature preserve and then along the coast.  Rather cool actually, even wandered by some gator’s (or are they crocs?).  I eventually ended up at a deserted beach, where I took the below photo of myself.  Well actually, my camera situated on a coconut took it.  Yes, seriously…a coconut.  I have a photo of the coconut too. 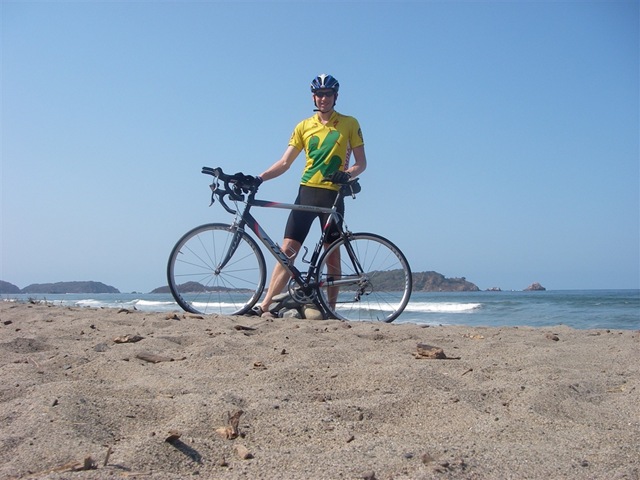 (Yes, I had my bike with me – what else was I supposed to with it after the race?)

And here’s Mr. Gator hanging off the side of the bike path down a bit near the water.  I think he wanted dinner.  I think he might of thought I looked like dinner.  Perhaps like a big packet of gel. 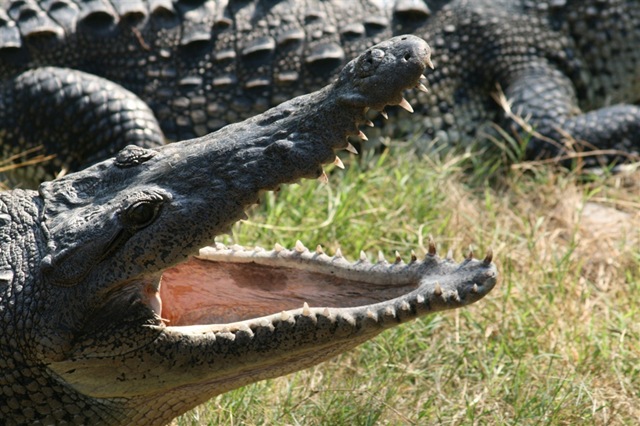 And here’s my departing the scene of Mr. Croc after contemplating his dinner choices.  Practicing my aero per my lessons learned from the weekend..6 seconds at a time. 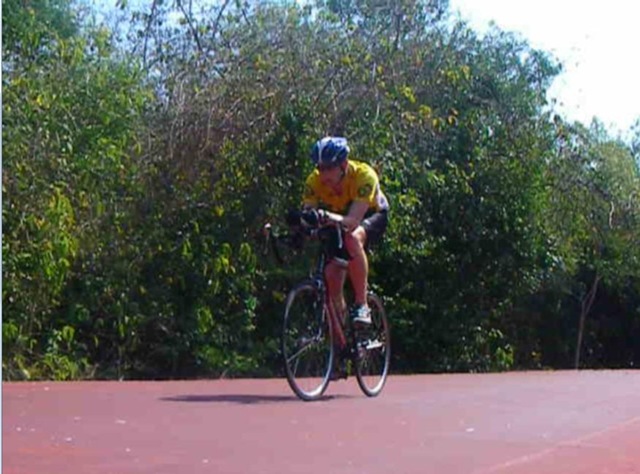 (Note: I’m becoming the grand-master of using my little camera to videotape myself and then grab screen captures for photos, much easier than timing it to the 10 seconds the auto-release has)

But I was productive in other ways.  In 35 minutes swimming today I covered roughly 50 yards while snorkeling (two days previous I covered 1.2 miles in the same time period).  I saw a few fish.  Here’s the obligatory bad blue fish photo.  One fish, not two fish or red fish. 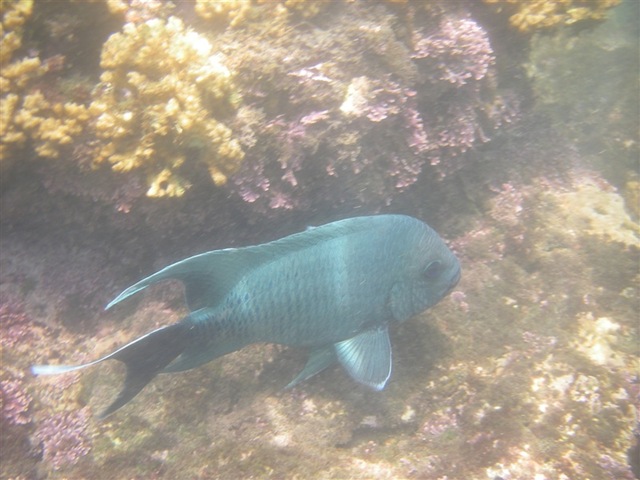 And then after I was done chasing the local fish I would sit on the bottom of the ocean, and stare up at the sky and blow bubbles.  And then take photos of the bubbles.  Yes, I’m easily amused.  Here’s my bubble blowing art: 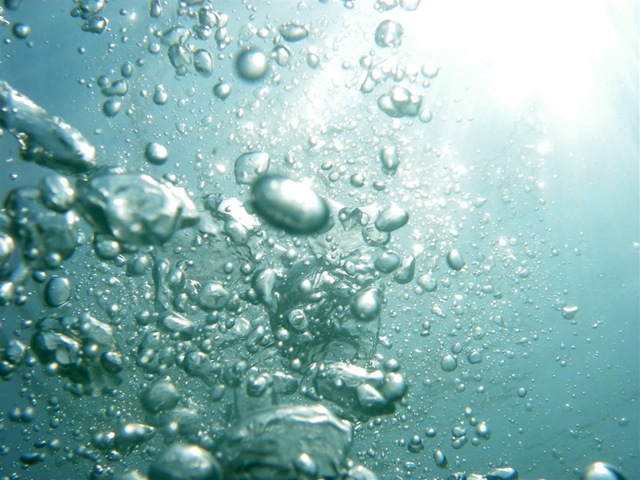 Occasionally I’d hike a few hundred yards away and look at the pokey plants.  And take a few photos. 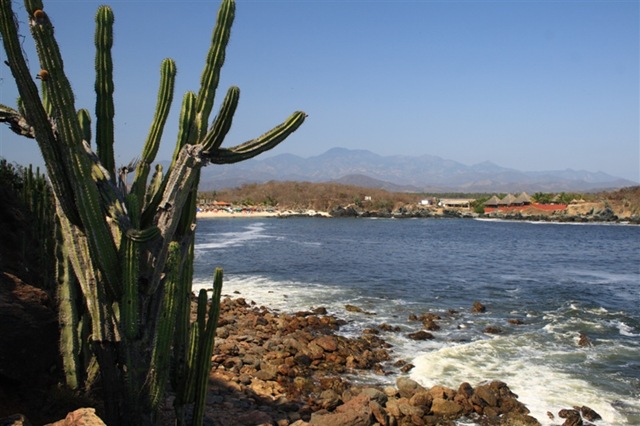 After all of that, I’d sit around and watch the sunset.  And eat some nachos and drink some more margaritas.  And stuff myself with very good sit down Mexican food that’s cheaper than Taco Bell. 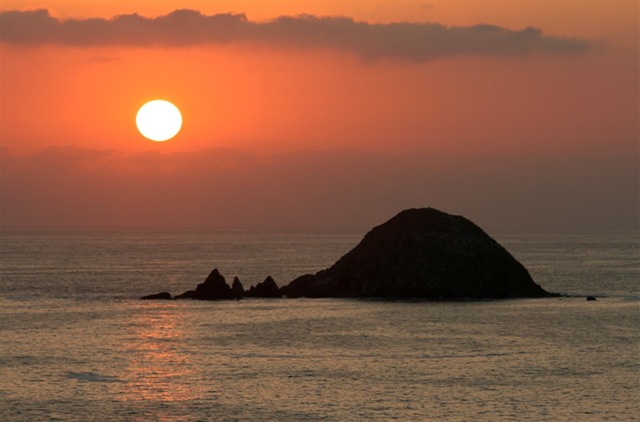 And then…I’d repeat it again another day. 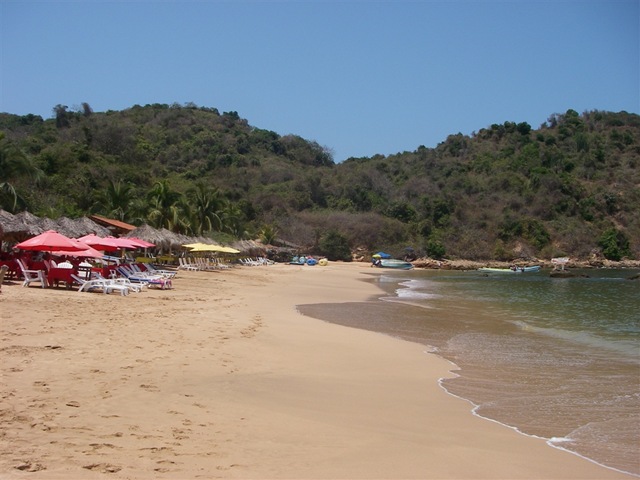 Unfortunately, now I have to catch my plane back to reality.  And reality is 44* and raining.  Reality sucks.