If ya live in the DC area, then this post is aimed at you.  If not…well..ok.

Many of you are likely familiar with – and probably even occasionally use Four Mile Run.  It’s that semi-functional trail that in theory connects the GW Parkway trail to the W&OD trail.  The semi-functional part comes into play because as you likely know, when it hits Glebe road (coming from the GW trail) it all goes down the crapper.  You have to do this weird detour onto side streets and tango with traffic.  You then have to pole vault yourself over I-395 using the overpass thingy.  Finally, you get to navigate downtown Shirlington and then hopefully find your way over to the W&OD.

It rarely works well, and I’ve seen many a confused trail users on the corners of various intersections looking like they’re about to start offering services in the worlds oldest profession.

However, the good news is that the cities responsible (Alexandria/Arlington) are trying to do something about it.  A few months back they released the Four Mile Run Master Plan – a 118 page document with enough pretty pictures to double as a children’s story book. It covers the different components of the trail and how they plan to improve them and make it a world class trail system.

For example, here’s the section I referred to above – with the revisions included that now allow you to stay along the river in a protected right of way, all the way to the W&OD.  The major road there is I-395, and the bridge about 20% from the right edge is where you currently have to detour up into local streets.

So, the bad news?  They went overkill.  Waaaay overkill.  In an effort to create a world class park system they’ve put together something that I have serious doubts will ever come to fruition due to cost.  How much you ask?  A staggering $356.5 Million Dollars.  Yes, raise your pinky to your lip and give the old Dr. Evil – meeellliooon dollars.

What do you get for your 1/3rd of a BILLION dollars?  A lot of green.  The Army Corps of Engineers in theory will finish their review later this fall, and then it goes to numerous other agencies to try and figure out what is feasible.

I’m all for spending money on green spaces – I love it!  But really…all I want is for that short little .75 mile section to have a 6′ wide asphalt path on it.  Nothing more…nothing less.  Actually, one more request – can I have it in my lifetime?

See below for some nice renderings: 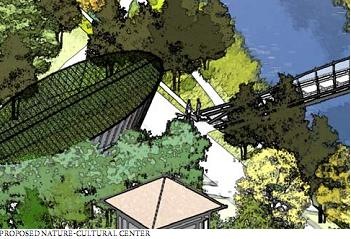 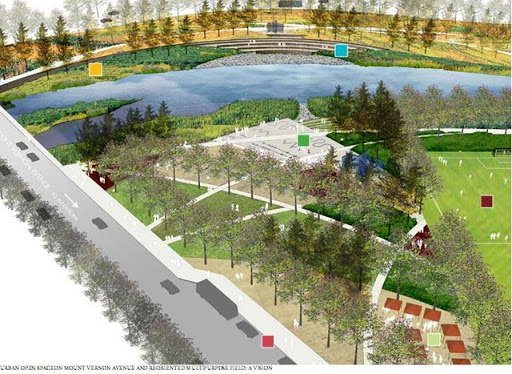 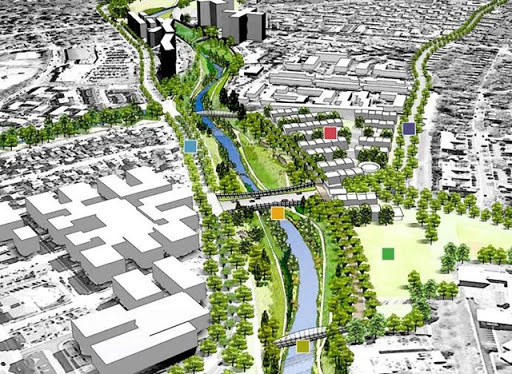 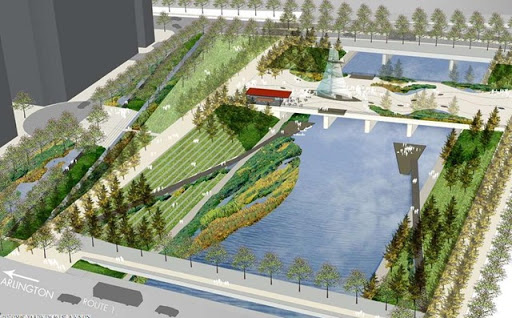