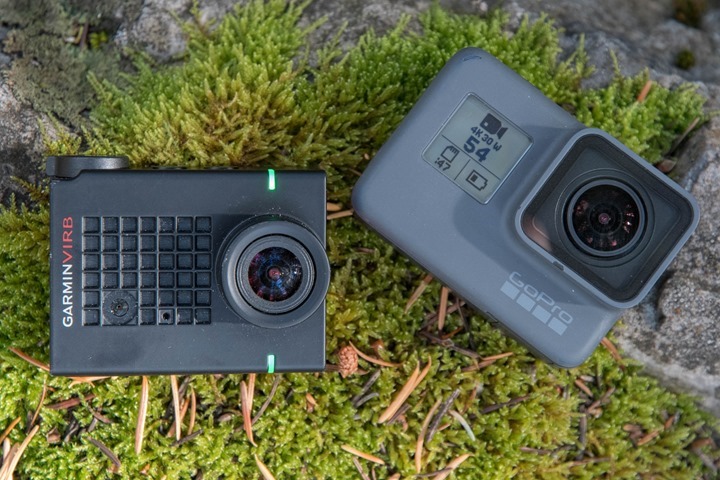 The ability to stream in real time (live) video footage from action cams remains a bit of the holy grail of sports action.  Today, 99.99% of what you see on TV is done via broadcast quality cameras and equipment, with … Read More Here →

Last week at CES Sony announced their latest action cam, the Sony FDR-X1000V, which is capable of shooting 4K video.  They also updated their HDR-AS camera line with a new 200V version  (HDR-AS200V).  These came as a surprise to approximately … Read More Here →

°° Giroptic was on-hand last night at the CES Unveiled event showing off their 360° action camera which had debuted on Kickstarter this past summer to very strong backer support.  The action camera is somewhat a descendent of previous attempts … Read More Here →

Today at Eurobike K-Edge had on hand a number of their just announced mounts, the most interesting being a new combo mount adapter that holds both your GoPro (or other action cam), as well as your Garmin bike computer.  Beyond … Read More Here →

Well known bike light maker Knog was demonstrating their newest bike light at Outdoor Retailer this week – the Qudos.  This new light is relevant around these parts as it combines onto a single mount both a bike light and … Read More Here →

This is Shimano's first entrant into the action camera category, going directly after the cycling market it knows well. Read More Here →

Yesterday I got to take out for a spin a new combination tail-light and HD camera that just launched on Kickstarter yesterday as well.  The Fly6 camera is designed to act as a bit of a safety cam – recording … Read More Here →

When Garmin announced the VIRB action camera late this past summer, it represented further expansion into the outdoor market, due to it’s significant product tie-ins with other Garmin products.  Most notable however, is that they’re squaring off directly against the … Read More Here →

This week at Interbike, K-Edge showed off a number of new mounts that will be hitting the market starting October 7th.  While K-Edge has been selling Garmin Edge compatible mounts for a while now, these mounts either update some of … Read More Here →