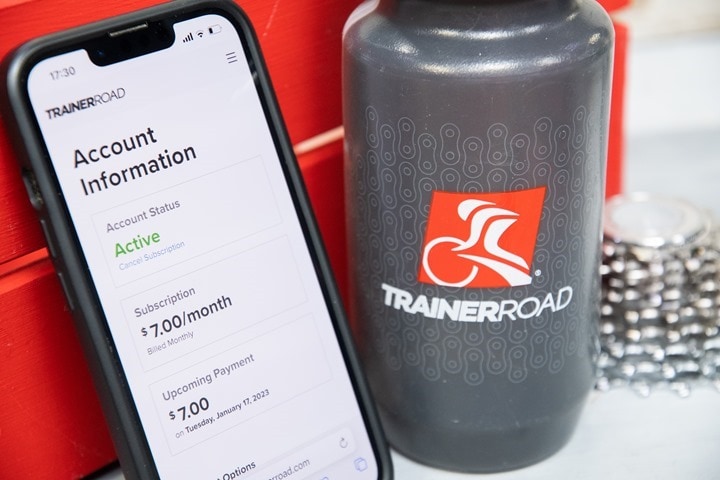 TrainerRoad has announced via their forum today (and tomorrow via e-mail to members) that existing ‘Legacy’ members with prices that have never changed, will have the option to start changing to the same higher price as others. Additionally, all US & Canadian members will see an effective price increase as taxes will be calculated extra, going forward, if their state requires it by law for SaaS.

Since the beginning, in an effort to reward the early members of TrainerRoad, TrainerRoad co-founder and now CEO Nate Pearson had made a promise that ‘prices for those early Legacy members would not change as long as he remained CEO’. And indeed, that’s been true. I signed up back on December 17th, 2011, and I’m still paying $7/month for it. Meanwhile, someone who signed up today is paying $19.95/month (or a bit less if annual). Obviously, that’s a substantial difference.

The challenge was, that the initial set of beta members wasn’t just a handful of people. Based on Nate’s video message this morning, which actually numbered in the “tens of thousands”, only a very small number are at the $7/month rate. The vast majority of others are still at low sub-$15 prices. Either way, that’s a lot of money left on the table. And, less you think this point hasn’t been argued to death, there’s a 1,300+ post thread on whether or not legacy users should pay the current rate. I promise, any thought that’s crossed your brain, has been posted at least 40-60 times in that thread.

A) Legacy users will have the ‘option’ to pay for a higher price (I’ll explain in a second)
B) All US/Canadian users will start getting charged sales tax separately, depending on state

However, before I do that, I think it’s worthwhile embedding Nate’s video below, which explains some of the backstory:

In short, the TLDR variant is:

– Holy crap, TrainerRoad is a dozen years old
– TrainerRoad isn’t investor backed
– TrainerRoad hasn’t done any layoffs, like everyone else
– Inflation be real folks
– When they made the promise, it was two dudes in an overheated garage thinking it was a few thousand potential users
– Life comes at ya fast while enjoying chocolate chip cookies

This short snippet from their written post probably sums it up the best:

“Over the years, we’ve done price raises as we’ve made TR better and to keep up with inflation. But this entire time, we’ve been kneecapped by a promise I made back in 2010 that I didn’t fully understand the ramifications of.

…It’s now 2023. We have inflation and significant economic pressure on us (I think you’ve seen what the other companies in the industry have done). We’ve always been a financially conservative company. We haven’t taken investment, and we haven’t overextended ourselves.

…For us to stay viable and succeed as a company, we’re going to set everyone to the same current price (monthly or yearly) but still keep my promise by letting people opt out of the price change or choose a 15% perpetual discount.”

So far you’re with me, right? Ok, good, here’s where it gets a bit tricky: You’ve got 1 year to make that choice, except, the choice is made for you at your next billing cycle. So that 1-year period is for an ‘undo button’.

Let’s take my account. Right now it shows I’ll renew monthly, next on January 17th, 2023. However, if I do nothing right now and ignore the upcoming TrainerRoad e-mails, then on January 17th, 2023, it’ll renew at $19.95 (+ tax). The above screenshot was taken before the rates have been loaded in, thus, it doesn’t show the ending of this movie.

However, I’ve got 1 year from January 6th, 2023 to press that undo button, and choose one of the following options:

Got all that? Basically, I’m given the option to decide how much I want to pay. TrainerRoad’s thinking is that for many people that might have slightly higher rates than I do, that the added $5/month isn’t too much. However inversely, as they note in the video and post, they understand that for some people, the increase in price literally breaks the monthly budget.

All of this is effective on the next billing cycle, from January 13th, 2023. Meaning, if your billing cycle is tomorrow, you escape for another month. If your billing cycle is like mine on January 17th, I’ll be under the new rules. If you miss this post, or can’t decide, or whatever the case is, you’ve got until next January 2024 to realize this and press the undo button and select a different life path from the options above.

And again, the sales tax change for US/Canadian users takes effect on January 13th as well. I assume you can figure out how much that is for your specific home state. For most states, that’s effectively a 4-6% price increase. Here’s the list of states per the TrainerRoad thread: 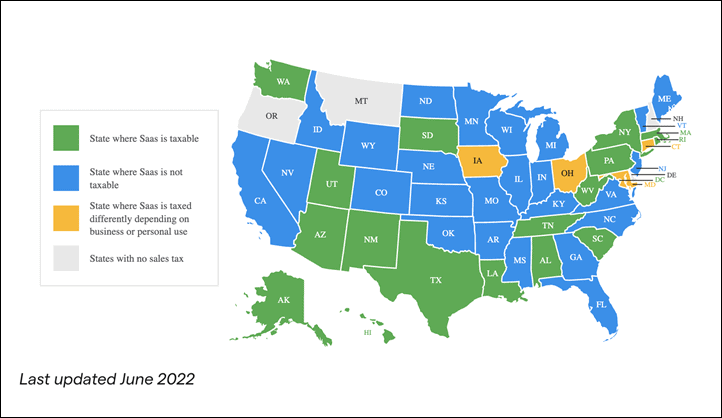 TrainerRoad has an entire thread on their forum here, where this will undoubtedly be beaten to death in discussion. However, I can’t really see how anyone could complain here. If you want to keep your pricing, you can. If you want to support TrainerRoad more, you can. If you want to keep your legacy $7 pricing and still pay TrainerRoad a bit more, you’ll be able to do that too depending on what state you live in (since those people get a price hike via the tax inclusion). Thus in effect, there will be some people that are upset at the price increase via tax-hike. Given that’s less than the cost of inflation, I think that’s probably fair. But to each their own.