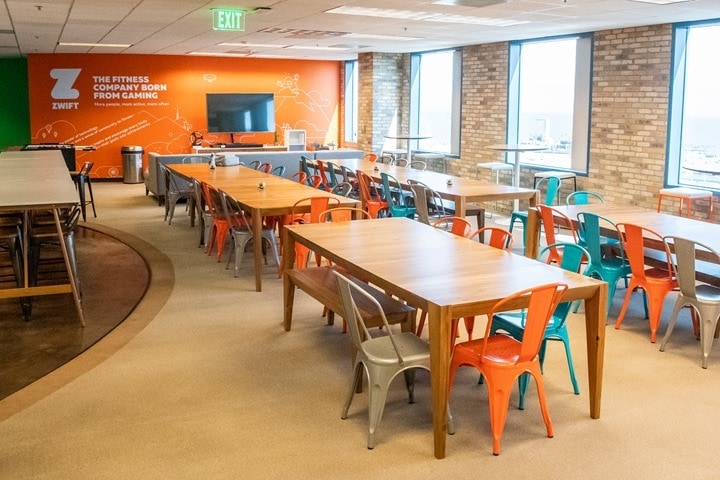 This past Friday, Zwift laid-off a number of employees in a move the company described as being made to allow them to “develop new hardware”. The positions being eliminated, according to various industry sources that were informed by Zwift on Friday, included the VP of Running, the Director of Global Business Development, Partnerships Director of Esports, as well as the VP of Digital Commerce.

“Zwift has implemented difficult, but important changes to reorganize the business. These are strategic changes that have been made to better support the continued growth and development of the core subscription business and to allow us to develop new hardware. These are not decisions resulting from external circumstances. Zwift remains healthy as a business and we firmly believe these changes will result in a better product for our Zwift community.”

Zwift went onto say that the move had been in the works for some period of time, and that the timing has nothing to do with COVID-19 or any “financial considerations”.  Instead, that these were part of a “strategic reorganization”.

The company did note that those who were laid-off “are receiving packages to help them remain secure over the next few months”. Most of the employee names and positions that have been passed around appear to be more executive or director in nature, rather than lower-level employees.

Finally, Zwift, would not however confirm the exact number of individuals that were laid-off, nor a complete list of all titles or impacted groups. 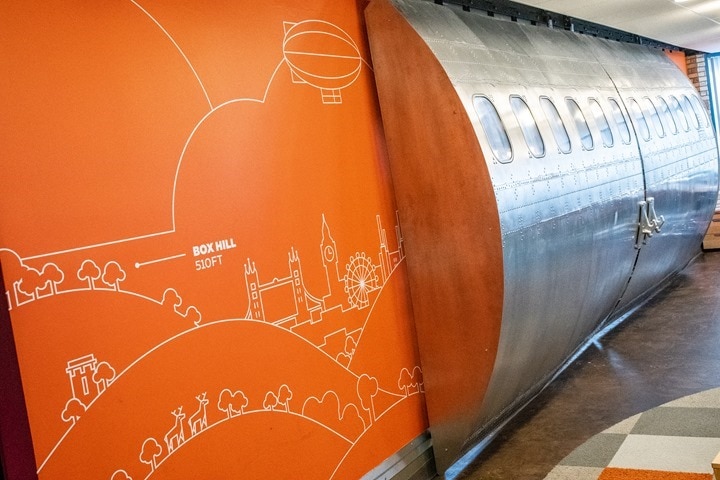 For the sake of discussion, we can set aside whether or not the layoffs were strategic direction shifts or the results of external factors. However, what’s most unexpected is the specific reasoning being given, which included these very specific six words: “allow us to develop new hardware”.

Zwift could have ended that sentence prior to those words, and nobody would have been the wiser or questioned it. Save perhaps, all their partners who just saw their partner managers get axed. Zwift depends on partners for their platform to function. For example, without trainer companies or sensor companies – there is no Zwift. Without integration to software platforms like Strava or TrainingPeaks to upload their completed workouts to, or pull structured workouts from, people would be less likely to use Zwift. Or for Zwift to be able to sell trainers on their website, they depend on working with people across the industry. All the people that these companies work directly with to try and ensure smooth operations and longer-range planning are now gone.

However, even more than that, Zwift states in their official statement that a key reason for this layoff wasn’t just to re-focus on its roots (or some other typical corporate platitude), but to double-down and focus on developing new hardware to compete with their partners (the trainer companies).

That’s basically the equivalent of taking the ball, going home, and then yelling a ‘Yo momma’ joke over your shoulder as you strut away.

You’ll remember, this is hardly Zwift’s first confirmation that they’re coming for trainer companies’ lunch. Back in November, Zwift announced the creation of a new hardware division that’ll ultimately be focused on creating indoor training products. That division announced new employee positions that specifically required skills in areas around deconstructing partner products, as well as technical expertise in rapid prototyping of various smart trainer technologies. I don’t believe there’s ever been a more transparent list of job postings to a tech company’s external website. About the only thing missing was the product name and logo, plus a planned announcement date. 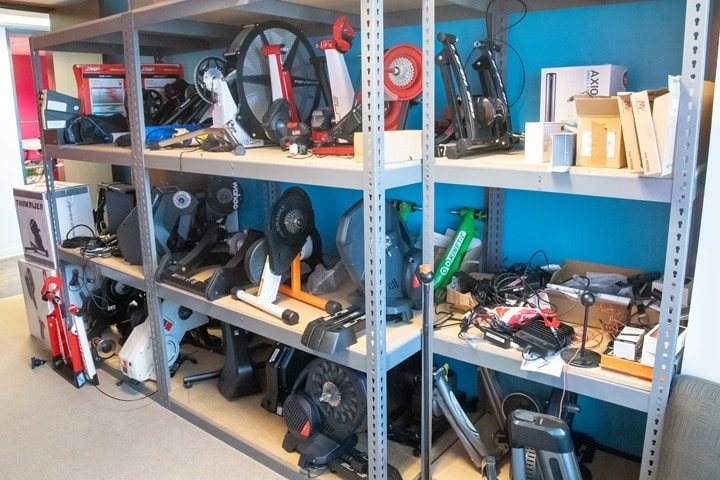 Now, ultimately while I think that Zwift’s development of an indoor smart bike and/or trainer is bad for consumer choice (as they’ll eventually reduce features available to other products), it is probably the correct move for Zwift as a company business-wise in order to offer a simple and cohesive indoor experience. One only need to look at Peloton’s success to see that, a company that’s far bigger than Zwift in memberships, and growing faster than Zwift (though, given recent COVID-19 related surges, we’ll have to see where the growth rates land in a few months). Still, the timing of Zwift axing their partnership leads is questionable at best.

While Zwift says that COVID-19 wasn’t a factor in the layoffs (in terms of triggering them), I’d actually argue it should have been. Not for the employees (though, that too), but because this is a poor time to try and design and then launch a product that you have no experience doing. Within the next few weeks you’ll likely see the entire global supply of smart trainers evaporate. We’ve already seen that over the last five days on certain models from certain companies. Some of these companies have had the most successful sales weeks in the history of their existences.

But there’s also a cliff-like reality to that. Once these stocks disappear, there’s no easy button to getting them back as governments start to shut non-essential businesses. For example Elite, which produces all of their trainers in Northern Italy is required to shut-down operations on Thursday through till Apr 3rd, which assumes the Italian government will allow business/manufacturing to resume then. Or take Tacx, which produces all their trainers near Amsterdam in the Netherlands. They are already facing social distancing measures by the government that will undoubtedly only increase as the days and weeks go on. The same too applies to Saris, who produce all their trainers in Wisconsin. Supply chains are fickle things, just as much as manufacturing is.

At first glance Wahoo, who produces their trainers in China and Vietnam, would seem to be in a better position now to weather this, as business slowly gets back to some normalcy. Except that ignores the reality that eventually those trainers have to make it to peoples’ homes around the world. The retailers that sell those trainers are steadily shutting their doors, and the online warehouses that send those trainers are also being closed due to government shut-downs. And the couriers and companies that might deliver those trainers will eventually be told to focus on critical consumer goods only, as they already are doing voluntarily in some countries. 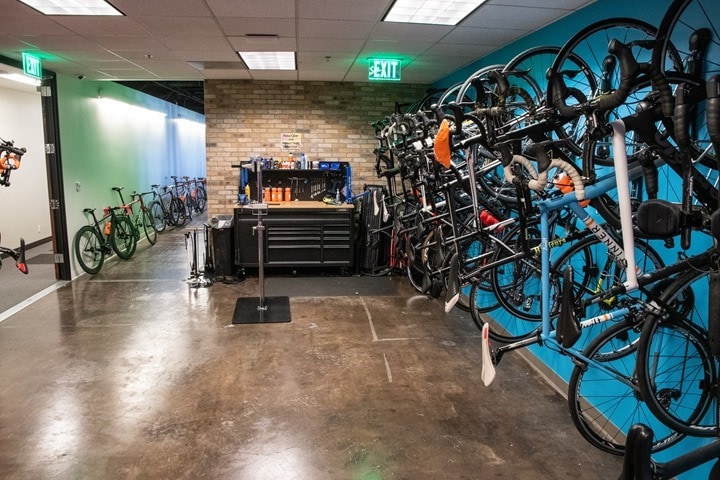 So why would this affect Zwift? Well, because this would have ideally been the time to *increase* integration with these partners and products. There’s countless tech-level software-focused integrations that Zwift could have focused on short-term that would bring value to users.

And unlike these companies, Zwift doesn’t already have the infrastructures and tooling in place to start meaningful new hardware product development. Their partners’ companies don’t have to spend 4-8 months going back and forth with their component suppliers (often in-person to inspect parts/tooling) to produce more trainers of existing models. They just have to figure out how to get factories flowing to consumers again. Whereas Zwift is largely still back at Step Zero.

The only route to Zwift making meaningful progress towards launching a new smart bike before 2022 is via acquisition. While a few months ago I would have said they could have maybe hit a Fall 2021 date on their own, COVID-19 has shot any of that out the window. The earliest most optimistic timeframe any US or European company is likely to get back to even partial normalcy is at best early summer. And likely, it’s way longer than that. effectively, Zwift will have lost 4-8 months of time. Thus again, acquisition.

And that, that’s why I suspect this shift is being made. It’s a preemptive move to clean house before they acquire a company already in the space. The problem being, acquiring anyone right now is basically acquiring a frozen block of boxed chopped spinach. By itself it’s not terribly useful. Without employees at work, and manufacturing lines running, it won’t really get them anything short or medium term. Even if they were to acquire Wattbike for their Wattbike Atom X product (which, I’ve long said makes the most sense), that’s mostly a frozen asset given the UK (like almost every country) is sliding towards closing up non-essential businesses.

So whatever Zwift’s plans are here, the impacts of it won’t be near-term. 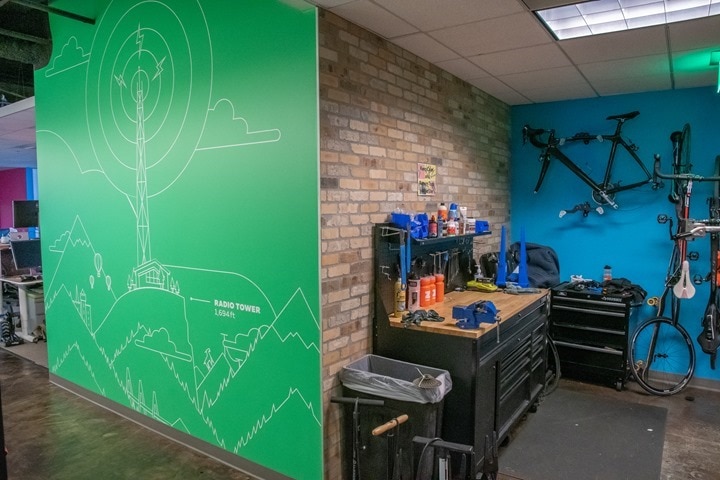 It’s somewhat ironic that an industry that builds products to be able to avoid going outside and contacting people in real-life, is being impacted by a pandemic that forces people indoors to use their products. But the challenge isn’t just physical hardware. As anyone who’s been trapped at home these last few weeks trying to telework (WFH) will tell you: Toddlers running around gluing biscuits to windows during a conference call make it difficult to work efficiently.

But as pointed out last week by someone at a major sports tech company – it’s more than that. There’s a lot of people at these companies doing software development or other jobs that have largely never worked from home. For some of them, it’s a big adjustment, even without toddlers or family to care for. Be it their daily routines, or how to communicate well with people no longer just over the cubical wall, is tough. It’s skewering product release schedules and announcements on a weekly basis – even for the most agile of companies. For hardware companies, it’s far more difficult. They can no longer simply send someone to their manufacturing partner for a few weeks to get through tough spots. They can’t easily disassemble products and put them on automated test rigs. Because those rigs are in closed down facilities.

Thus, while I suspect long term this move makes sense, it seems ill-timed at best. And probably for the short term will hurt the company when they realize they’ve just reduced the communications conduits with the very companies they currently depend on for their platform to work.

As for running. Yeah, I don’t think that story ends well. The slicing of the VP of Running division is probably an acknowledgment that while noble, running in Zwift is but a fraction of the people using Zwift. This past weekend Zwift hit a new high of 20,000+ concurrent users on the platform. How many of those people were runners? Perhaps a few hundred? Let’s be overly generous and pretend it was 1,000. Even by that metric, we’re talking a mere 5% of their revenue.

Except, that’s right – Zwift doesn’t charge for running. So 0% revenue, and 5% user base (again, in reality, I suspect it’s 1-2% at best). One could be optimistic and say that Zwift is probably ahead of its time for an indoor running platform. With ‘ahead of its time’ meaning that the cost of a decent running treadmill with any integrated tech is still far too expensive for most consumers (nevermind far too clunky and sometimes a poor user experience – even Peloton struggles here with Tread on cost/size/adoption). I don’t see that changing for at least 3-5 years. And then that ignores the less optimistic aspect that runners can and do tend to run outdoors more regularly in crappy winter weather than most cyclists are willing to put up with.

“Does this mean running is less important? No, not at all. Running isn’t going anywhere and it will get more attention over time. We just felt the way we were organised to support it wasn’t set up for success. It is absolutely core to the Zwift experience as will other modalities when they come online. On the whole, we will be investing MORE in the product than ever before. I hope this sheds some light for everyone.”

With that – hope everyone is enjoying as best as possible racking up their locked-down miles indoors. Stay safe, and thanks for reading!