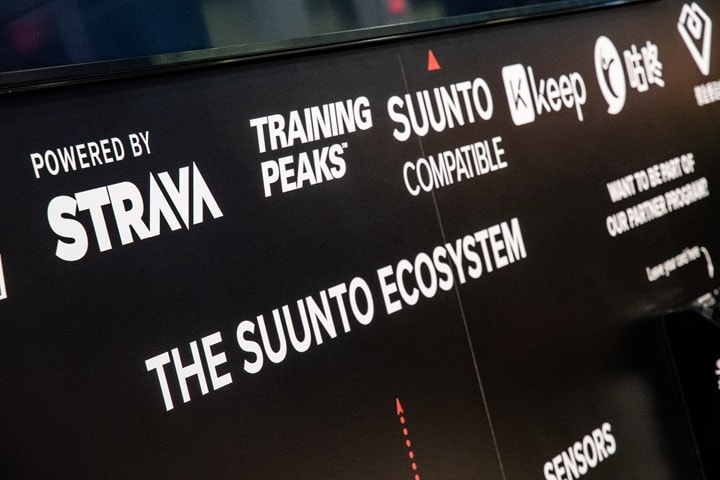 The easy title for this post would simply be “Suunto adds TrainingPeaks support”, but that’d be both confusing and only half-correct. First, Suunto as a company has actually long sync’d to TrainingPeaks from their Movescount platform. That’s the platform that up until last year was Suunto’s primary online platform.

But with the introduction of the Suunto 3 and then Suunto 9 watches, Suunto has shifted the focus to their ‘Suunto’ platform, which is essentially the Sports Tracker platform re-branded and expanded. That platform has had some moderate limitations for more advanced athletes, though it is getting better slowly, month by month. Still, for most advanced athletes (defined in terms of either technology or athletic capabilities), I’d suggest sticking with Movescount for now.

In any event, if you sync’d your watch to the Suunto platform (since that’s also a separate app), that platform can now sync to TrainingPeaks as well.  Here’s a 7-second PowerPoint slide I whipped up: 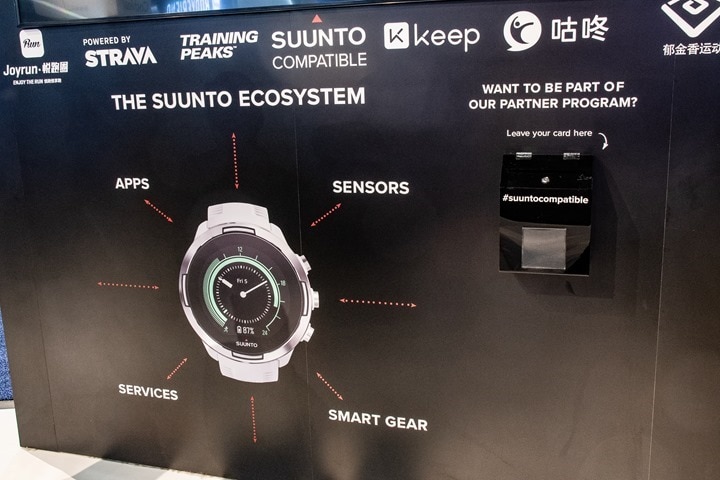 Within the sports tech world there’s more than a few quirks when it comes to how well or easily companies can integrate with each other. Generally, from an online standpoint, this is done as via API’s (Application Programming Interfaces), whereas if something is on the watch itself, it’s called an SDK (Software Development Kit).

To date, Suunto has had highly limited API’s. They had a handful of super-high level partner API’s only. And even then, it was mostly Suunto staff using these API’s to connect to 3rd party company API’s (i.e. Strava, TrainingPeaks, etc…). Rather than the other way around.  While they did have an e-mail address you could query for platform access, my understanding from numerous folks is that you had better luck e-mailing the moon for a response.

But, that changes today. Well, last week actually. There are basically 3.5 ways someone can integrate with Suunto:

1) Suunto Cloud API: This is connecting to the Suunto online platform where workouts go and such
2) Suunto Movesense: This is leveraging Suunto’s sensor lineup to build products (I talked about that previously, which has hugely expanded now)
3) Suunto Watch Features: This is where you’ve got a cool idea and want it to be in a watch itself (since Suunto no longer has a watch app platform)
3.5) Suunto ‘Value Pack’: This is basically a marketing thing where you give Suunto customers something interesting

The second item there has been around a while, though now things are a bit more consolidated.  Certainly the last option has also been there too (for example, new Suunto customers get a free month of TrainingPeaks Premium now).  And watch features have always been an option if you could find the right contact point.

But now all of that is handily on a single page where you can go to find the right contact point: 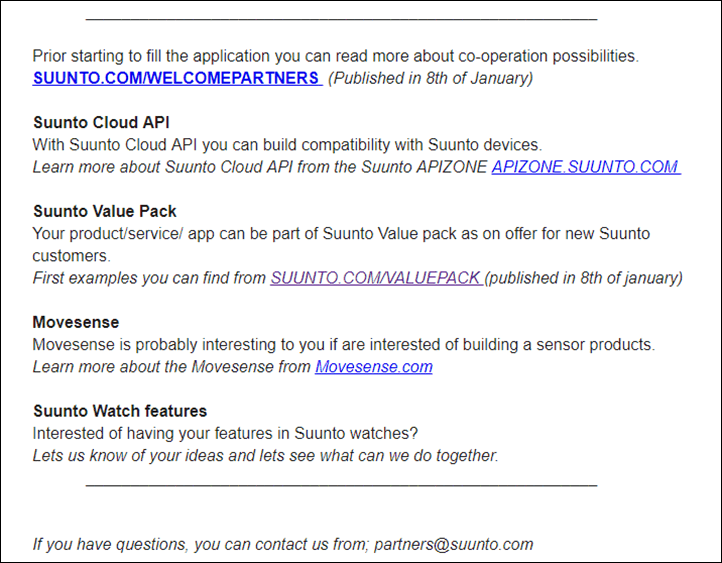 But I’m mostly interested in the Suunto API bit. That’s the piece that allows you to get data files from Suunto’s online platform and do something interesting with them. We’ve seen the overwhelming success of this with Strava, which has tens of thousands of registered developer partners (yes, tens of thousands).

In talking about the platform last week with Suunto, they admit they’re starting small, but do have big plans. For now, the main thing you’ll be able to do is access the workout .FIT data. In fact, all of that’s documented here now: 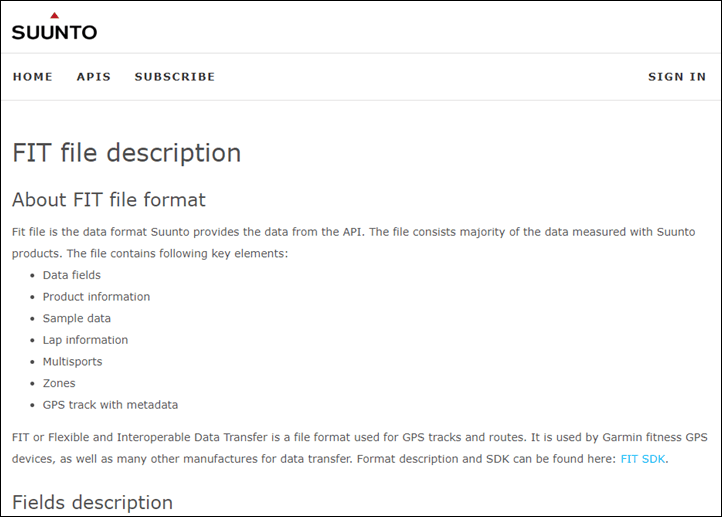 There are some limitations to this at present. For example, you can’t (yet) push workout data into Suunto’s platform via the API. They say that’s probably a few months out or so.  Why’d you want to do that?

Well, I asked about the hypothetical scenario where someone wants to create a gonna-change-my-watch migration app that migrates data from Garmin Connect (or Polar) to Suunto, whether they could do that in an above-board manner. And without a way to import data to Suunto, that’s trickier to do.

Additionally, if for example, TrainingPeaks were to push workouts from the TrainingPeaks platform to Suunto’s platform, that’d require a bit of bidirectional support as well. And it sounds like that very scenario is on whiteboards waiting to be implemented. Of course, that would also require a significant upgrade to the structured workout processing aspect on Suunto’s watches as well, to be able to handle all the things (targets/etc…) that TrainingPeaks can throw at it.

Still, the API does allow someone *today* to make a Suunto to Dropbox app. In fact, I challenge someone to do so, as I’d love to use it and talk about it (tomorrow). I almost always use a Suunto device as part of my GPS track comparison test fleet, and having the files end up instantly on Dropbox would make me super happy. But that’s just one example. There’s tons of creative things people have done with the API on Strava, such as deep workout analytics and such. 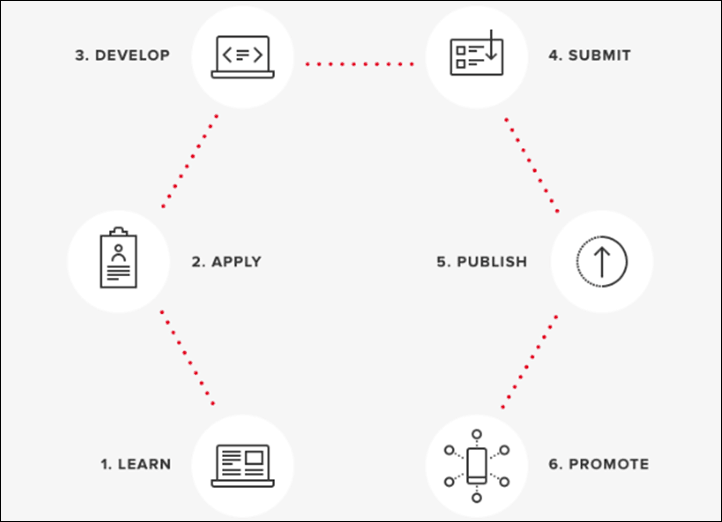 Now, my understanding is that the team and folks responsible for this flew back Friday morning, so they’d have arrived Saturday. I joked with them that they’d have a pile of requests waiting for them come Monday morning.  Of course, I also flew back this weekend and ended up slightly more tired on those flights than I expected.

Still, my challenge to you is simple here: Make use of this.

Certainly it does sound like in the past these requests went more or less nowhere. But now they had a big wall at CES that highlighted their desire to push forward the API and partners. I think they’re getting the importance of this. There’s not yet been an example of a successful sports tech company without any API or SDK. Even Apple, for all its walled-garden approach, has a very powerful Apple Watch OS and Health Kit development side. 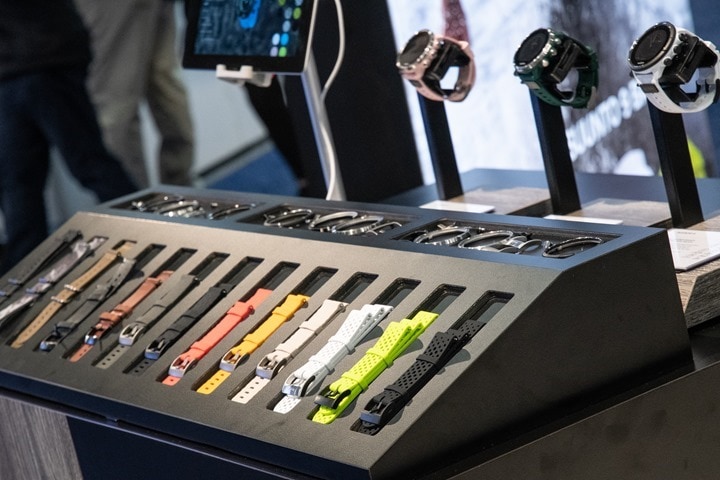 As I noted back at the time of the Suunto 9 launch, Suunto has no intention of trying to compete with Garmin on features. And Polar has said the same. Both companies know they simply don’t have the development staff to do so (though, perhaps after Suunto’s new influx of acquisition cash, they might). Instead, they need to compete on stability, pricing, and accuracy.  But in order to do so they’ve still got to connect to the platforms people want to be on, and in the ways people want them. Suunto certainly seems to be recognizing that.

As I noted above, opening up an API is really a two-way street (most of the time). In this case Suunto has opened their doors, but now it’s up to developers and the industry to ‘do cool stuff’. If folks don’t take advantage of it, then we’ve all got nobody to blame but ourselves. Whereas, if folks request and Suunto doesn’t deliver, then the blame lies more in Helsinki.

I’m optimistic Suunto will take the Strava approach of ‘all developer access is good developer access’, at least in terms of giving people access to the API. Obviously you’ve got safeguards for privacy and authorization and stuff, but for the most part Strava approves virtually all developer API requests, and then if they see something fishy, they’ll deal with it then. That helps create apps, like VeloViewer, which may start off as no-name single developer apps, but quickly expand into being found in almost every WorldTour pro cycling team car (and much more). It’s easy to only look at the big fish (as Garmin’s API platform restrictions mostly do), but forget that in the fast-moving tech world, the majority of the innovative stuff comes from the small fish.

As such, I’m looking forward to seeing what folks come up with.