This seemed like quite the long weekend, in large part because we extended it to be a four-day weekend – the reason I was a bit quiet last week. Here’s what I was up to!

1) Down the coast without the kids

Early Thursday morning The Girl and I escaped. We left the two Peanuts at the house with family that came into town to visit, allowing us a quick 36 hours of kid-free bliss.

So we headed south towards the Margaret River area, which is known for being a wine region, as well as having spectacular beaches.  On both counts it delivered. 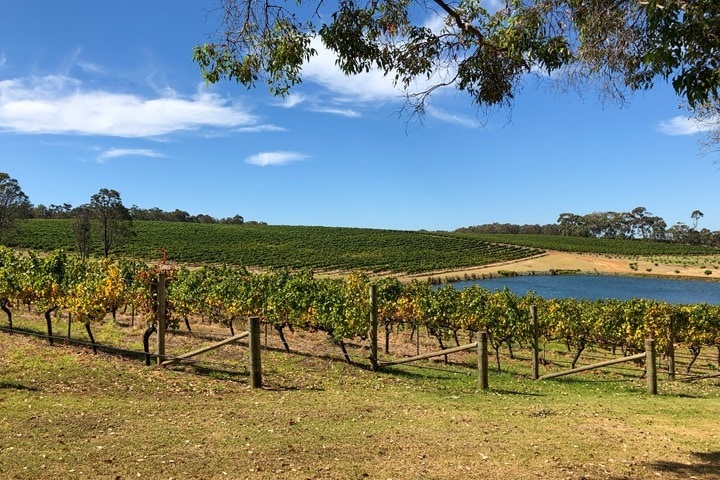 We ate lunches at wineries at prices that were finally rational (food in Australia seems incredibly expensive, but this was mostly an exception oddly enough). Here’s a little snippet of some of our dishes (hover over the image for the exact description): 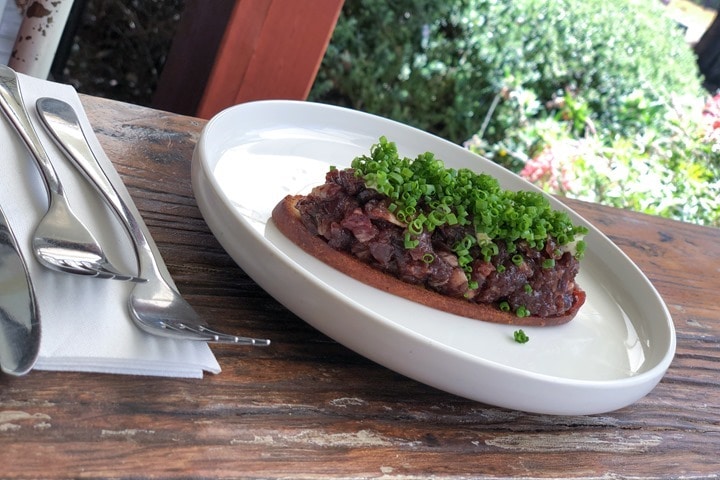 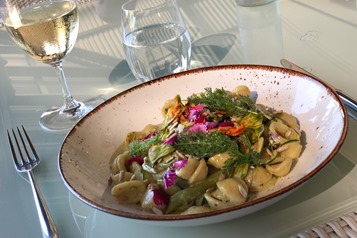 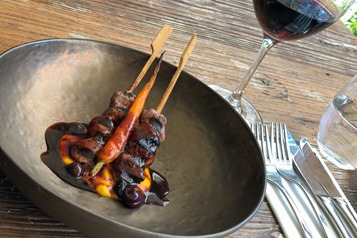 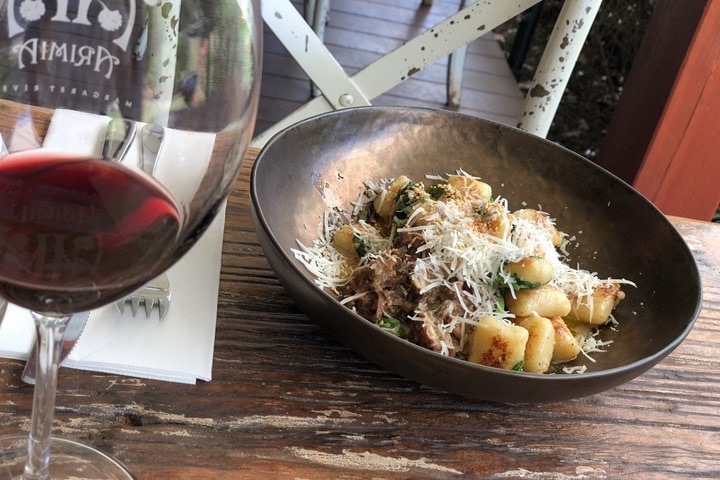 And then we spent the time exploring some beaches in the area, which were also amazing: 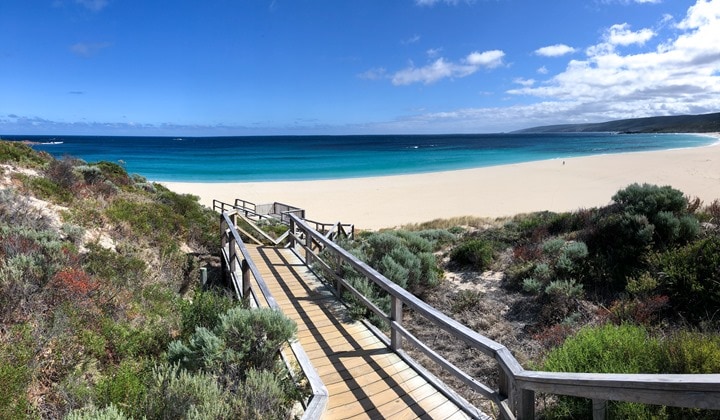 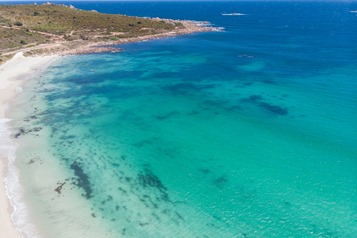 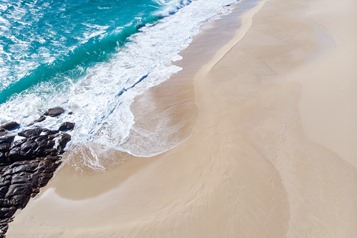 This one below was completely deserted – so it was totally to ourselves.  Well…us and the wind.  It was incredibly windy with blowing sand. Our footprints in dry sand would take on average 5-7 minutes to disappear. 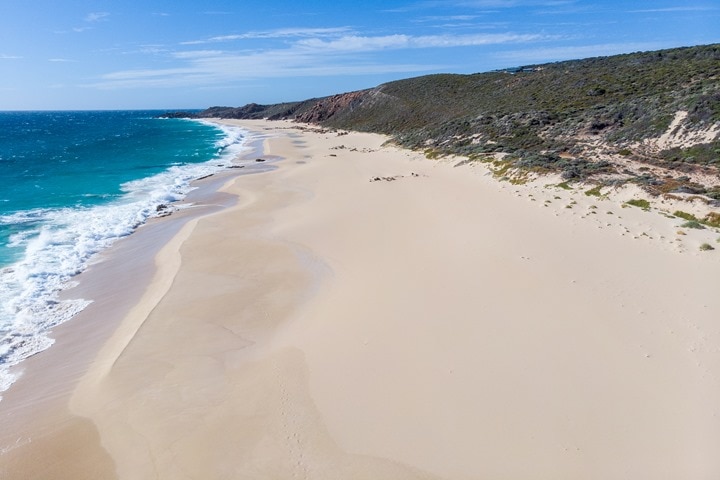 But, if you hunkered down near some rocks the blowing sand only covered the blanket in a quarter the time as elsewhere. 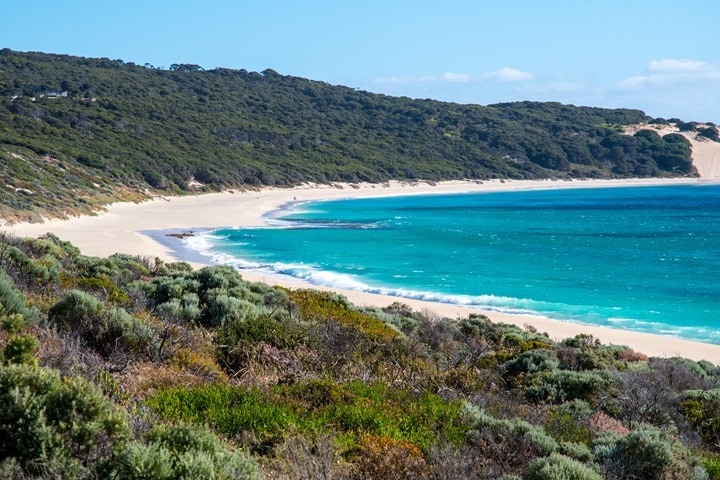 Many of you recommended we head down that way – and we’re super glad we did.  Also, one cautionary note: Apparently finding places that serve dinner requires a bit more skill than we envisioned (virtually none of the wineries do, and that’s where most of the food is).  Also, many places stop serving dinner after 8PM. So don’t be all Parisian dinner-time fashionable like us and find out you’re ordering take-out food for dinner. Oh well, take-out and movie on the hotel TV was still good!

(For those photo-curious geeks, aerial beach photos were taken with the Mavic Air, the land-photos with the Nikon D500, and the food photos with the iPhone X.)

2) Mountain bikes and the Skydio R1

While I went out mountain biking in the legit hills back on Wednesday, I wanted to get a bit different terrain for some tests this weekend.  So I headed basically across the street to get in a few flights worth of the automated tracking drone, the Skydio R1.  For those that didn’t see my tweet about my run with it last week, start here:

In any case, for this roughly hour long ride the R1 did pretty well. Not perfect by any means, but definitely better than the thicker forests up in the mountains/hills. 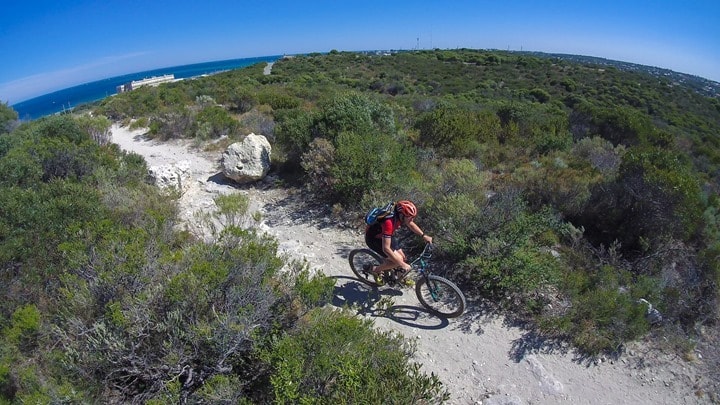 For reference, this is what happened in some of the thicker trees:

It’s all fun and games till that tree trunk just moves outta nowhere to hit ya smack in the face. No worries, shake it off… pic.twitter.com/Yy7HjlDPkx

More on that in the coming days, likely first via YouTube and then to a full blog post.

After I got back from my mountain bike ride I decided to jump on the trainer a bit. I wanted some data on a few different things, and the kids were asleep…thus, winning! 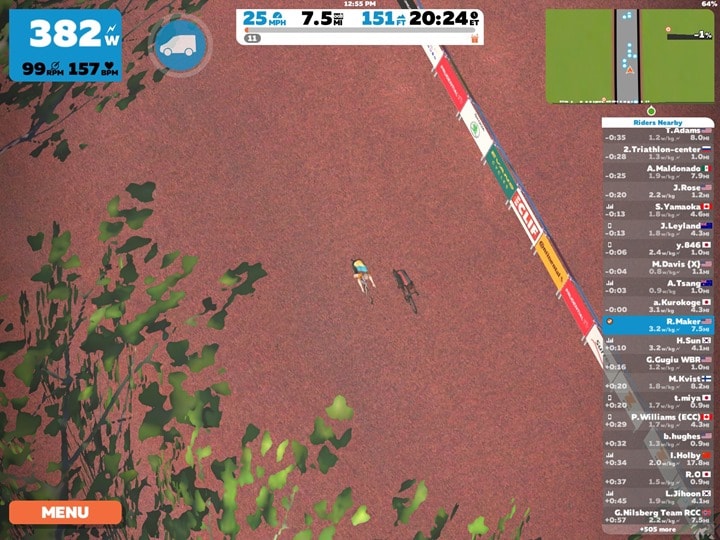 It wasn’t too long – 40 minutes, but enough to get some mileage on a few different things, including the Wahoo KICKR CLIMB. I’ll detail more on that as they get closer to shipping in April, but at this point I’m somewhat mixed on it. I think it’ll depend on what apps you use it for. In my experience it’s been really clean/realistic in Kinomap and Rouvy (Virtual Cycling), however, I haven’t found the experience all that great in Zwift.  I’ll try out more apps over time, though that’s my initial impressions after probably 4-6 Zwift sessions with it (plus the other apps).

I had initially planned on going out and doing a mountain-dam loop very early Sunday morning after dropping off the family at the airport (at 5:05AM).  But unfortunately P2 (Peanut #2) got sick and so I stayed home to help keep P1 under control.

So instead later that afternoon when the nuts were a bit less demanding I escaped for about 45 minutes to get in a short ride. I did what I’ve dubbed as the shipyard loop, which has become a quick and easy getaway cycling loop for me when time is short.  It’s simply down to the shipyard, through some industrial area, and back again. 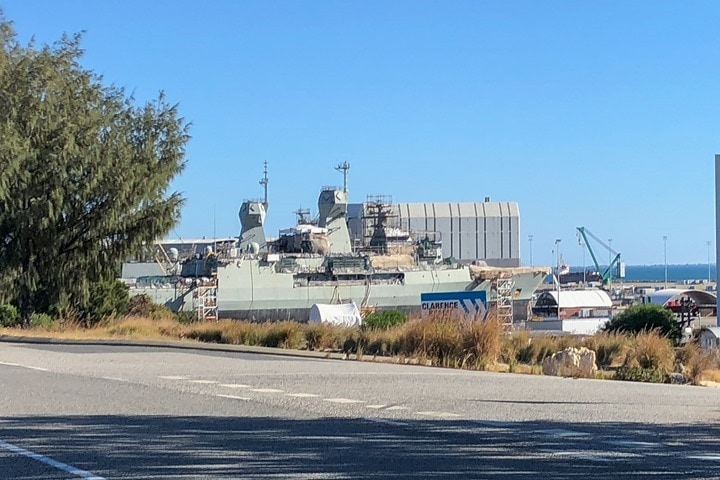 It’s not exactly the most scenic, but it’s efficient and fast, and once in the industrial area the roads are actually quite bike-friendly (likely because so many businesses there seem shuttered that there’s not much car traffic, and not a single car on a weekend). 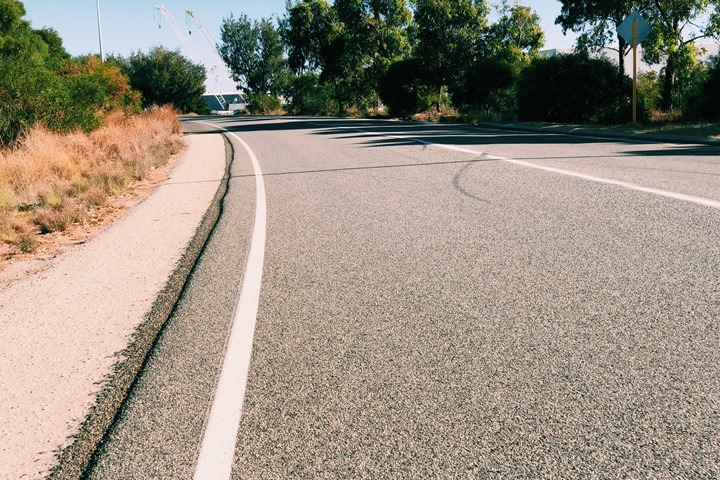 I was testing some stuff, so no luck on any tech photos except the road ahead.  Maybe later this week.

5) Kangaroo Trek with The Peanut

As I mentioned last weekend, there’s a nearby nature reserve of sorts that has a lake, tons of birds, and boatloads of kangaroos.  I went on a trail run around it a few weeks back.  Then last weekend we attempted a mid-day hike to see some kangaroos with the kids.

But as we expected, that’s not really the right time of day to do so. Evening or morning is.  So last night in order to get The Peanut out of the house I took her on a bit of a hike to the best kangaroo viewing spot I know (the other is…umm…a cemetery). I simply strapped her to my chest in a kid carrier and off we went. 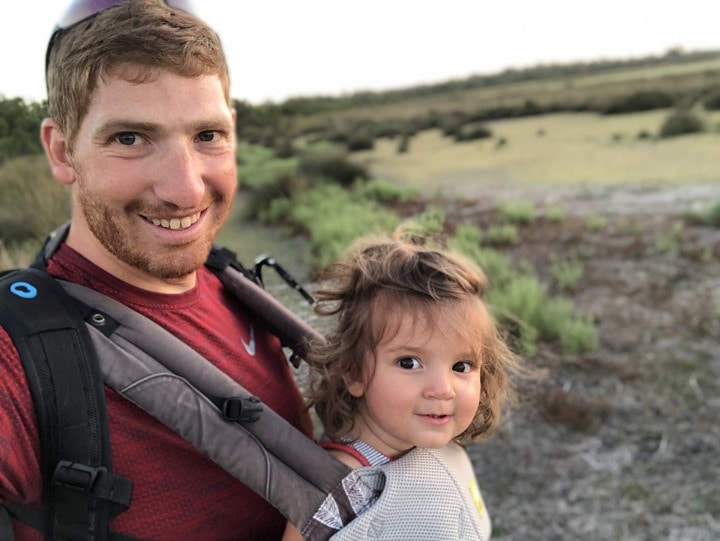 With the sprawling wildlife reserve, it’s like being in the bush – or, like watching sunset in Africa. 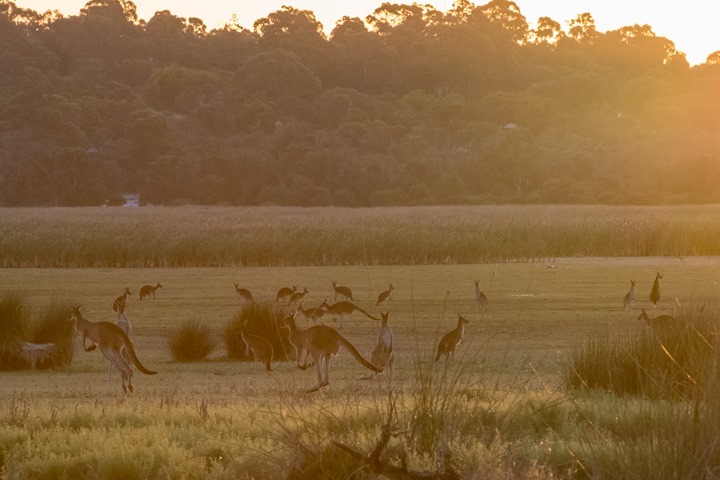 We saw hundreds upon hundreds of kangaroos, with her squealing in delight and saying ‘rooooos!’ each time they bounced across the trail. 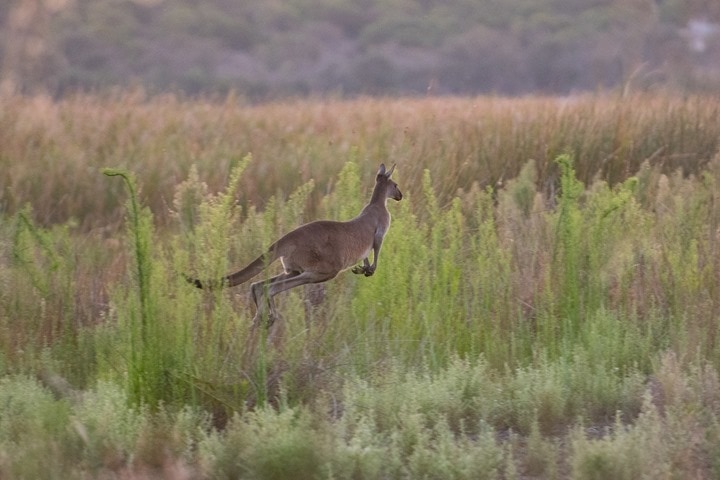 We even saw some parrot looking birds (I’m not a bird aficionado, thus, everything green is a parrot). 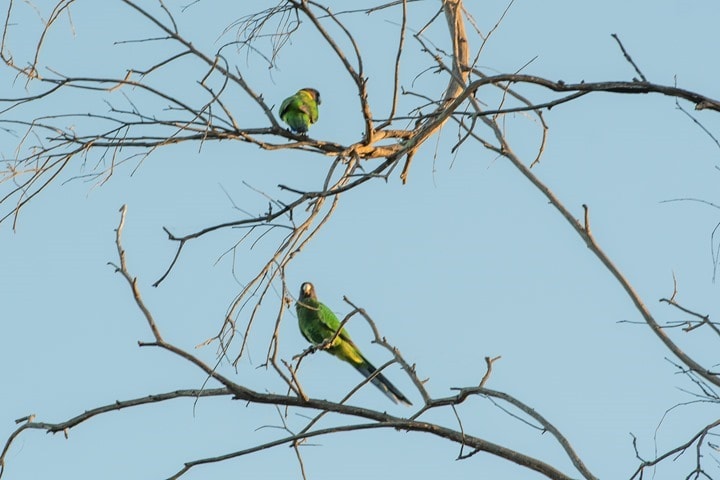 But the grasslands near the lake were just incredible.  All those bumps you see are kangaroos.  And there were numerous packs like this. 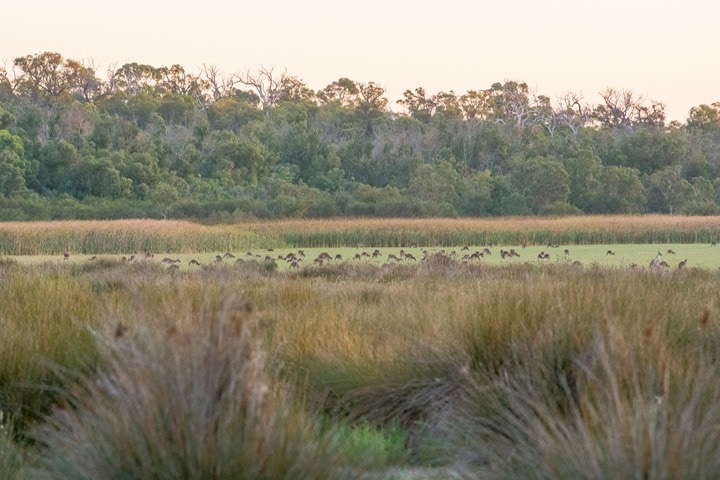 On the way back it got a bit dark, as expected when the sun sets.  I moved her atop my shoulders.  While she was still in awe when a gaggle of birds would unexpectedly take-off from a tree above us – saying ‘Wooooah!’, I think she was also a bit less excited about the impending darkness. This animated GIF kinda says it all:

Still, this little area is almost exactly like a mini version of being in Africa – so huge thanks to Brett M, a DCR reader who suggested it a while back.

(Oh, and the carrier thingy I was using for The Peanut is this. All our kid-stuff is listed here, though, probably needs a slight update for the most recent stuff.)

With that – thanks for reading all, and have a great week ahead!