Spire: These activity tracking sensors attach to your underwear 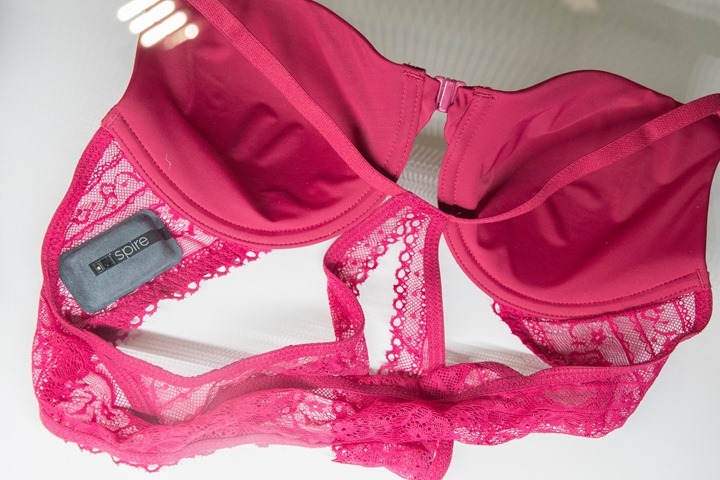 With thousands of companies exhibiting at CES, you see all sorts of things across a wide array of viability levels.  Some stuff you see you’ll know will be a hit.  While others it’s just a matter of time before not just the product, but the company folds.

But then there’s the stuff in between – the stuff that might have a future, but the pathway isn’t crystal clear.  A perfect example of that is Spire.  The company is at CES this week showing off their semi-permanent, semi-disposable biometric sensors that will monitor your heart rate, track steps, and do all the other glorious things that your average optical HR sensor watch will do…except, it doesn’t require a watch be worn.

I say ‘semi-permanent’ because it can be removed from clothing, but it’s not really designed to be.  And I say ‘semi-disposable’ because it’s designed to last about 18 months, versus just being a one-time wonder.  But once the battery dies, it’s throwaway. 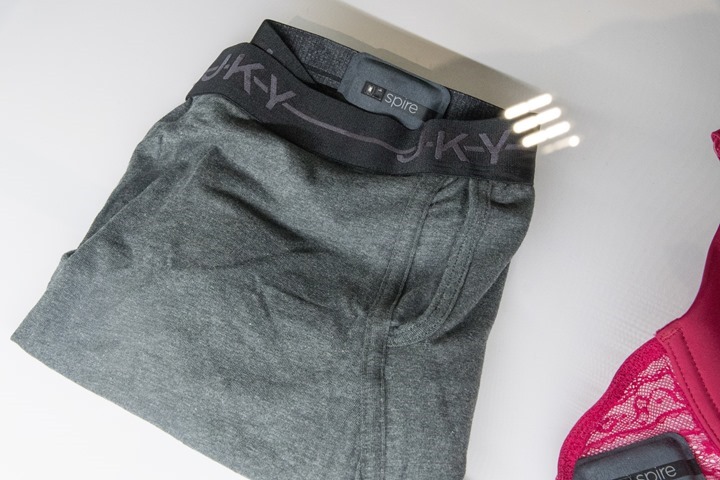 The sensors are being sold in 3 packs ($99) and 8 packs ($199), with the thinking that you’d buy enough to outfit all of your undergarments for a week, allowing you constant tracking day and night (sans wearable).  They plan to start shipping in March. 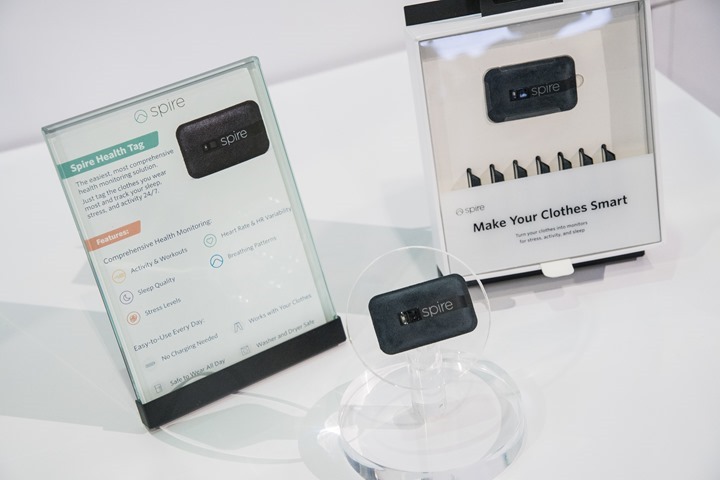 And technically, it doesn’t have to be your undergarments, in fact, they had a dedicated booth station to swim apparel as an example category.  And that’s logical, the majority of competitive swimmers hate wearing watches in the pool – so something that’s sleek and unobtrusive would potentially work here.  Assuming one cared about their metrics in the pool.  But the same would/could apply to other areas like running shorts, cycling kits, etc… 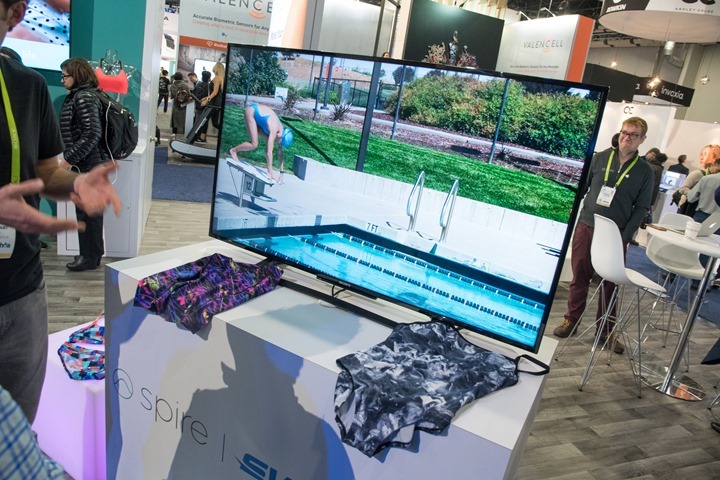 The pod itself has a soft fabric on the side facing your body, which also has the optical HR sensor placed there as well to read your heart rate.  The pod is machine washable, so you can let it go for a spin or forty in your washing machine without in theory killing it. 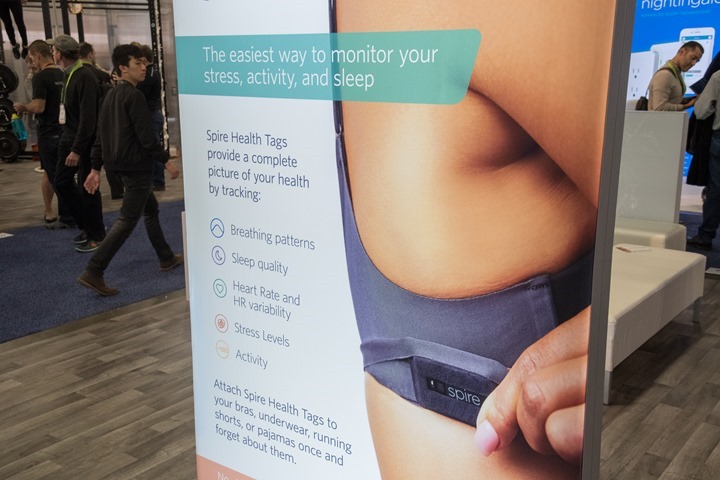 All of this data then transmits to their smartphone app using Bluetooth Smart.  Heart rate data is semi-continuously monitored.  So not quite every second, but frequent enough that it’s on par with most activity trackers doing updates every couple minutes.  It doesn’t transmit out though as a standard Bluetooth Smart HR sensor, so you can’t quite just pair it up to an app/machine/etc.  On the flip side, it does track heart rate variability. 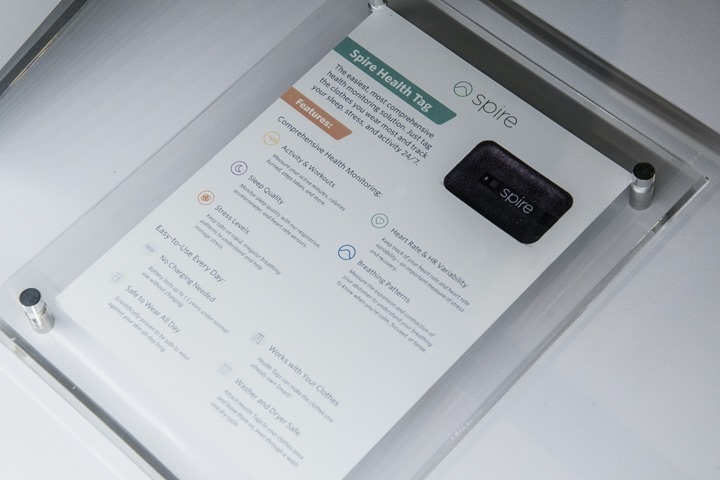 In some ways, this reminds me of the sticker concept from three years ago at CES, Ampstrip. Unfortunately in that case, they quickly realized how much more money they’d make in the medical realm, and shifted direction away from consumers/sports (I can’t blame them).  And in some ways, Spire may be plotting the same thing.  In discussions with them, they are currently evaluating the path forward for FDA certification.  That’s of course the Great Wall that divides consumer electronics like your Garmin or Fitbit, to official medical devices that usually cost a crapton more but are regulated and certified.  That process is long and costly. 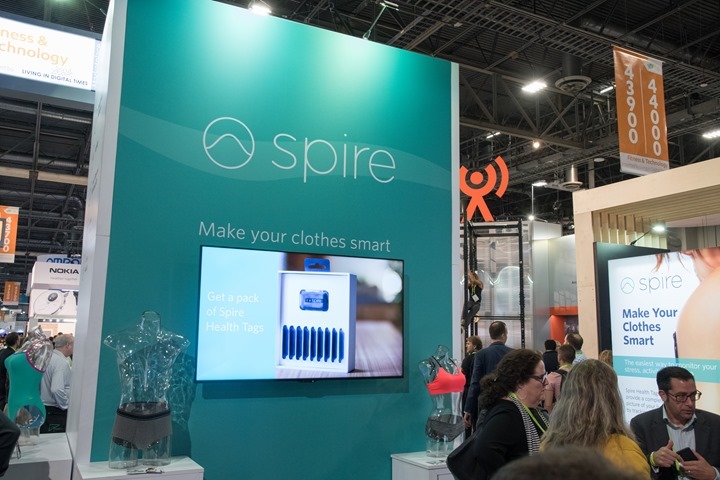 Circling back to the very beginning though – this is a product I’m a bit conflicted on.  On one hand, the technology aspect of it appears impressive – and I think the idea in the right hands (and maybe slightly tweaked on price point) it could be a really fascinating way to get true 24×7 data for those that don’t want to wear a watch (24×7 or otherwise).

But the question is – are there enough people in that Venn diagram between those that want the data, but are unwilling to wear a watch to collect it?  With optical HR sensors on watches becoming smaller and smaller, it’s no longer only bulky watches that have HR sensors built-in.  Now, wafer thin lightweight watches have them too.  So this really comes down to people who might not want to wear a watch at night.

Which ultimately makes me think that the best path forward for them is likely the medical realm, and likely following a buy-out by a bigger player.

Either way – I’d be curious to hear what you think.  Is there a viable market for them, and if so – what’s the target use-case?