Another hot summer weekend in the city, but one that’s filled with sport and non-sport alike! Here’s what I was up to!

1) Indoors in the summer:

I started off the weekend with a bit of a trainer ride.  I’m somewhat in a loop of trying to get both power meter reviews out (mostly for upcoming units) as well as trainer reviews (with a goal of everything that’s been announced to be done by Eurobike).  And for once, I’m actually on track for that.

Regrettably, it also means spending time indoors on nice warm summer days.  Of course, there’s no way around the fact that I have to spend time indoors for trainer testing.  And in many ways, I like to include at least one or two trainer rides within my power meter reviews, as sometimes the ‘calmness’ of indoors helps to illuminate issues that would get lost in the noise outside (though the vast majority of power meter failures are outdoors). 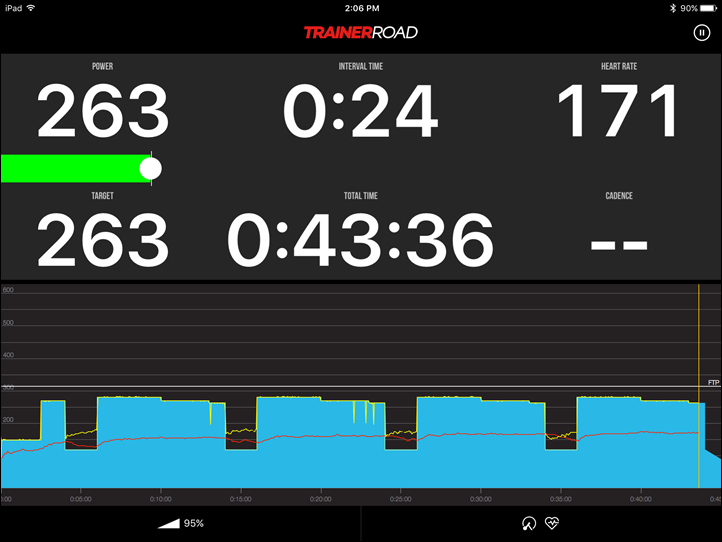 In any case, for Friday’s fun it was TrainerRoad.  I alternate back and forth between TrainerRoad and Zwift, depending on my mood.  Sometimes I just want to totally zone out, and in this case TR was where it was at.  Me, a KICKR SNAP, and TrainerRoad. 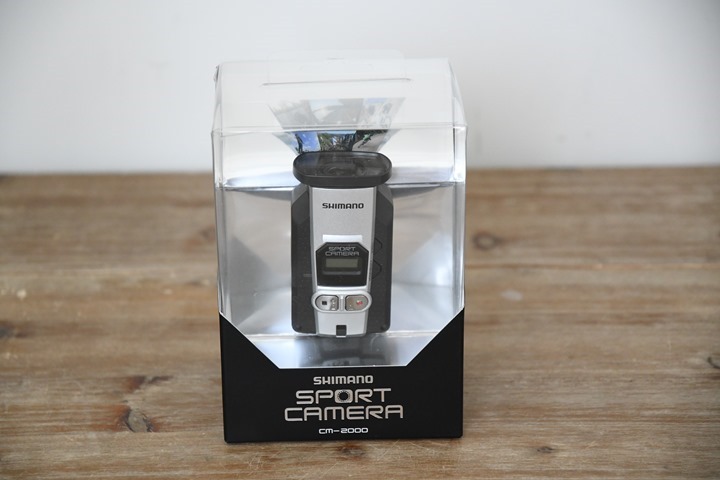 Sometime earlier this year Shimano announced a new action cam.  You might remember their old action cam from my post on it…a long time ago.

Since August is quiet in the land of action cams (currently anyway), I figured I’d give it a whirl when asked, so Shimano sent it on over.  And as such, I spent a few minutes unboxing it. 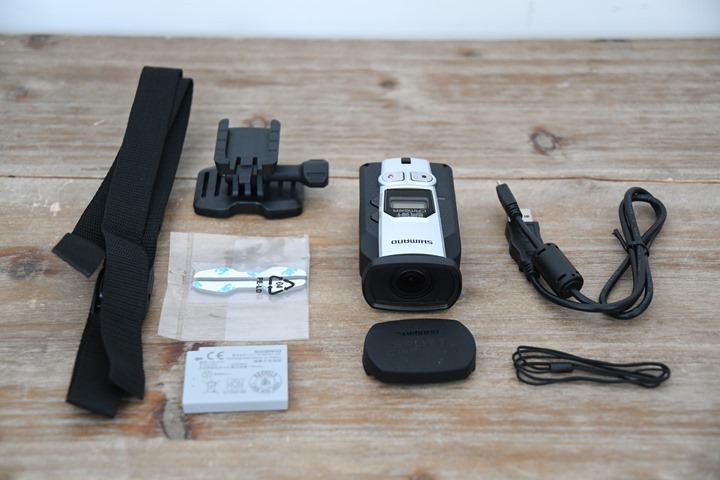 The CM-2000 is unsurprisingly targeted at the cycling crowd.  Like its predecessor, it has built-in ANT+ support, so it can connect to ANT+ sensors like power meters and heart rate straps.  It also can utilize GPS for overlays.  It’s all kinda nifty.

Where it gets more unique than in the past (or than Garmin’s VIRB series), is that the CM-2000 allows you to set triggers for recording (kinda like the Xplova bike computers does).  For example, I can set a trigger of 400w, and anytime I go above that it starts recording.  That’s cool, since more than likely the most exciting pieces of footage will occur at either high intensity or high speed (I can also trigger based on speed too). 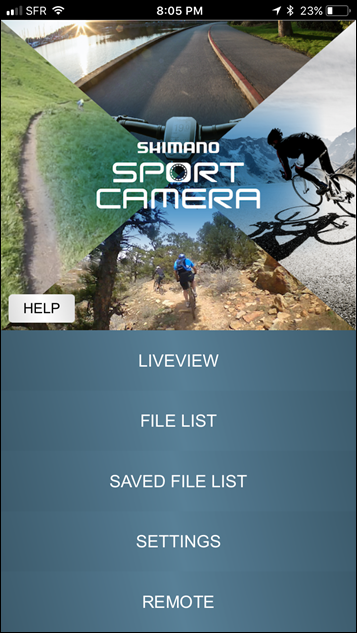 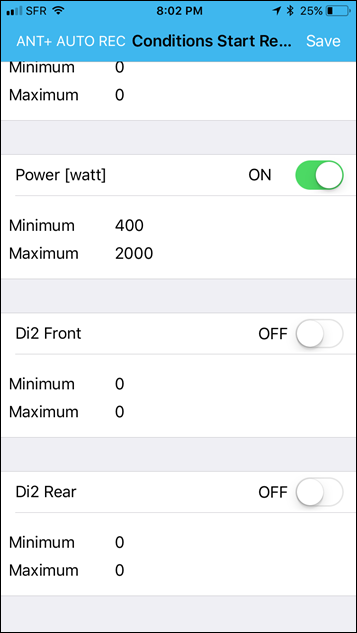 Now, as I’ve commented previously, the Shimano CM-2000 is in a tough spot.  Priced at $349, it’s well into the ‘not a chance in hell’ zone price-wise.  Not with its non-4K video sensor, or the fact that it looks like the ugliest 1980’s camcorder you’ve ever seen.  All of which also doesn’t forgive the fact that the company updates the software about once per year…on a good year.  The last update for the app was back in March. 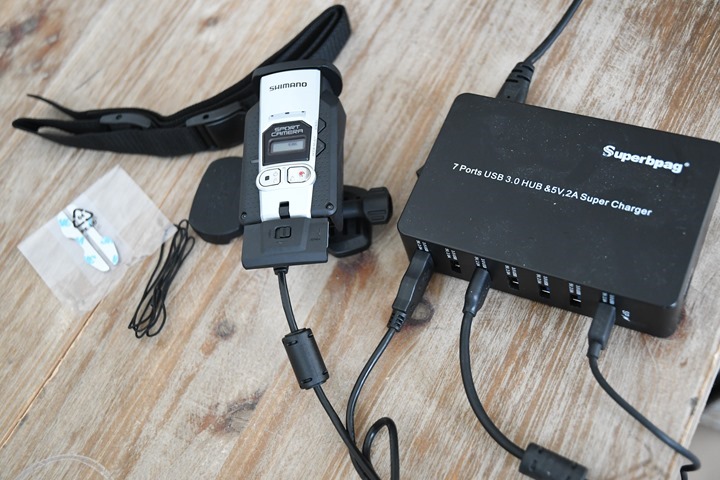 Still, I’ll give it a whirl, and then hope between now and when I publish something (probably more like a hands-on piece than a full review), that it’ll be priced appropriately.  Ya know, like, $149-$199.  Anything else just isn’t realistic.

When we lived in Washington DC we used to always see the Segway tours while out running.  It became a bit of a joke that someday we’d have to do that.  Of course, we left DC half a decade ago and never ended up going for a tour.

Fast forward to last Friday and The Girl was set on fixing that wrong.  As part of a birthday surprise date, she had arranged about 1-2 hours on a Segway wandering around Paris.  We’re good friends with one of the folks at Fat Tire Bikes, so before I knew it I was unknowingly signed up for a Segway ride. 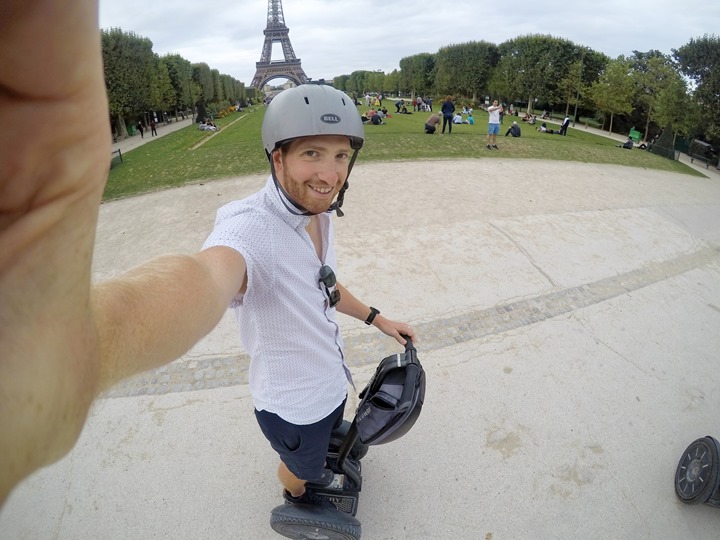 And I’ll be honest…it was pretty fun. 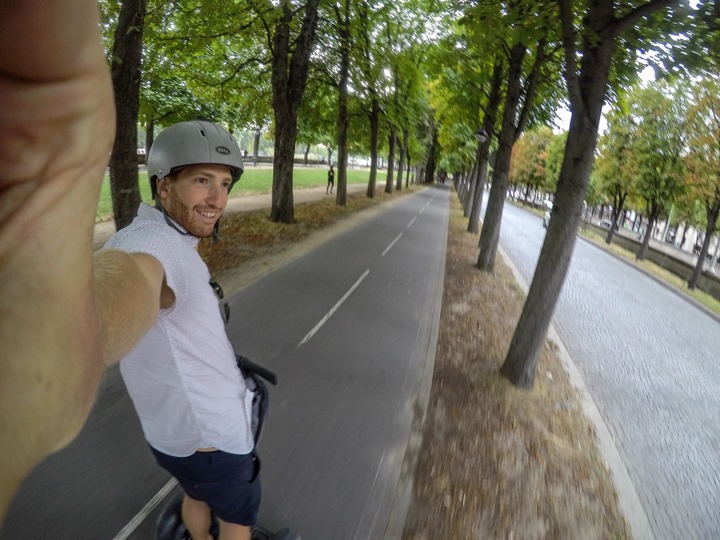 Actually, it’d probably be really fun if the Segway wasn’t speed-limited to 12KPH…or if I had a few weeks to get really creative with it. 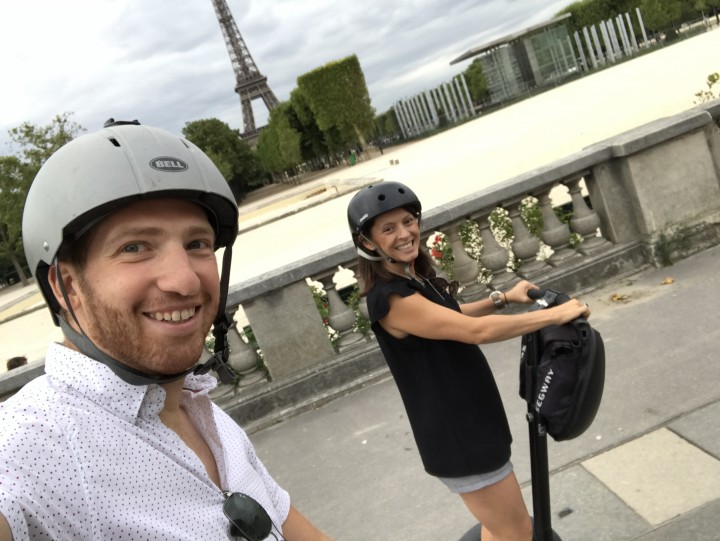 Still, for 90 minutes or so we plodded around the Eiffel Tower and river area, and just enjoyed a nice warm summer evening.  Thanks Sadie for giving us wheels! 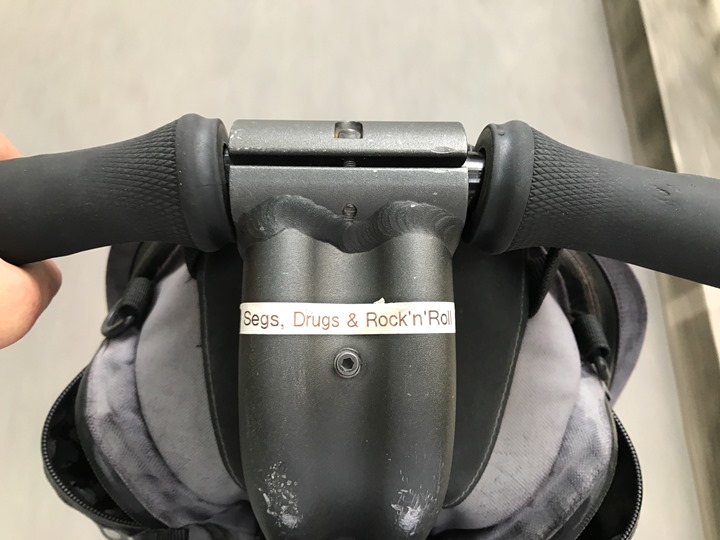 Regrettably, Strava doesn’t have a category for Segway, so I just went with e-bike instead.  I figured that was close enough.

Don’t worry, no Segway reviews in my future!

As alluded to in the Facebook Live I did with The Girl, Saturday was my birthday, and she baked up a small cake.  Nothing crazy complicated like the full DSLR camera cake (with removable lens) she made once for me, or my shark cake.  Rather, just something that was easy for her and tasted awesome. 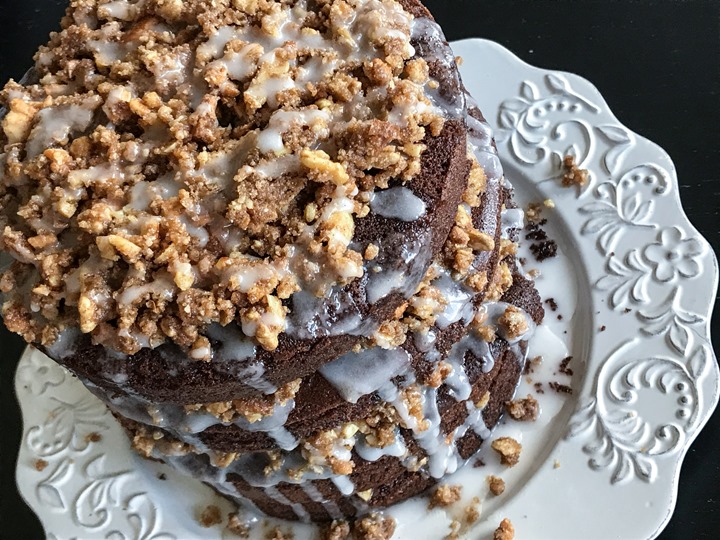 It was basically a deconstructed German chocolate cake of sorts.  I didn’t have any better photos of it, but I promise, it was awesome.  And that’s all that matters. Also, it’s almost all gone now.  Shame.

I headed out early Sunday morning for a ride, which in Paris is basically 9AM.  No civilized Parisian cyclist would be found on the road before then.  Just like no civilized running races here start before at least 9AM, if not 10AM.  There’s even some 11AM or later ones that are pretty big.

In any case, my ride was relatively simple.  I’d head towards Versailles and then eventually loop back to Longchamp for some loops.  Along the way I passed and then got passed and then re-passed a bunch of times by this little truck: 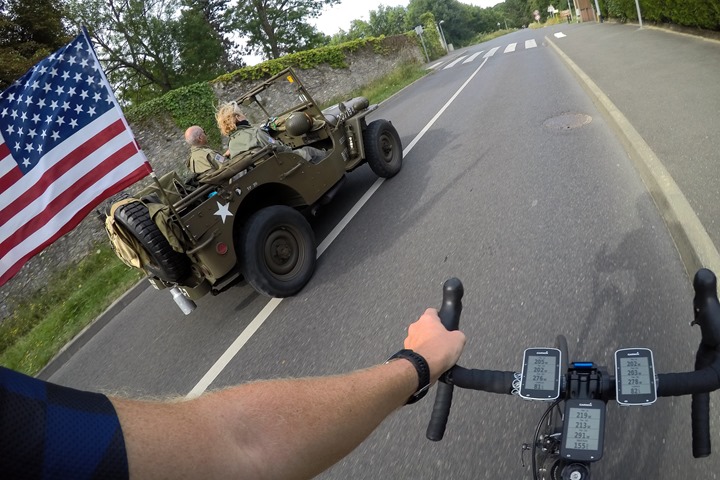 He was actually meeting up with an entire convoy of American-flagged military vehicles (save the single vehicle in my photo below that also has a French flag).  All of which were not from this century: 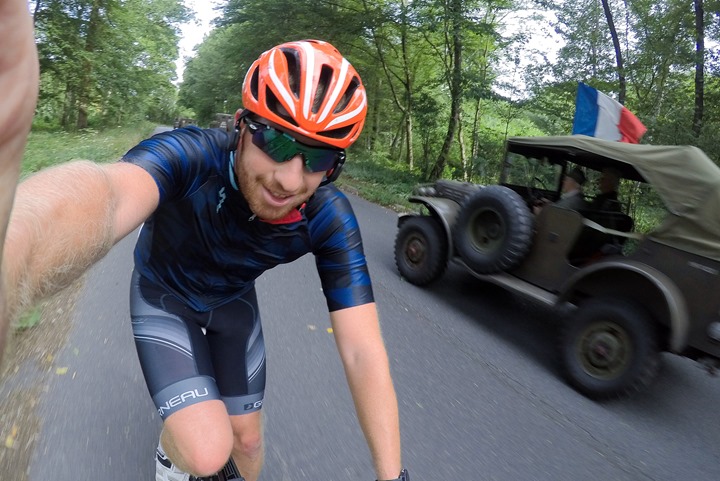 Apparently, there was some sort of ‘old car day’ in Paris, as when I came back into the city Concorde was packed with old cars.

As noted earlier, I swung through Longchamp for a couple of loops.  The cyclists were out in full force this morning, with many big packs to work with.  I drifted into one pack about 50 people large.  Though they weren’t going too fast.  I was pretty easily able to outpace them on both the flats and the climb…without pushing much wattage.  My guess is the leaders were just warming up there, since there can be some crushingly fast groups rippin’ around Longchamp on the right weekends or weeknights. 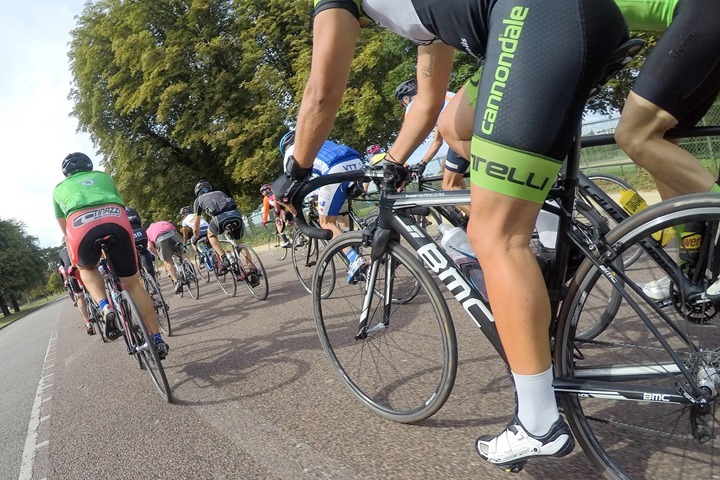 Afterwards, it was back home – successful in my goal to keep it under 2 hours end to end.  Off to spend the rest of the day with The Peanut, The Girl, and The Dog.