A busy weekend back at home with plenty going on! Here’s what I was up to as the Tour de France descended into town.

1) Kickin’ off the weekend SNAP-style: 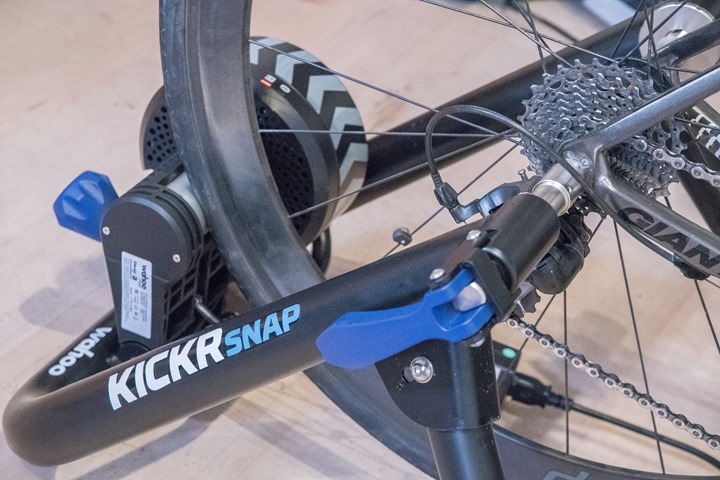 My first act of the weekend was a handful of short rides to validate a firmware update for the KICKR SNAP, which ended up making it into my ‘First Look’ post that same day.

Though, that sorta ended up being the least of the things that landed that day from a post perspective.  First there was the KICKR SNAP post , and then there was the Strava post, not to mention also some visitors to the DCR Cave (for which you’ll hear about shortly).

And then there was the pile of stuff getting boxed up and sent back to companies.  Some small, some really large.

I had semi-grand plans for Friday being a catch-up administrivia day…but in the end, all the administrivia got pushed back for another few days or…longer.  I hate administrivia, though I suppose shipping boxes back did fall into that category.  So I checked off something off that list.

2) Umm, we received a dead animal:

As I was working away Friday afternoon, the guardian of the building across the street tapped on our gigantic glass windows at the Studio saying he wanted to tell me something.  He’s a friendly fellow, and is always keeping an eye out for us.  Kinda nice.

He starts off with pleasantries and then asks me if I’ve been down the quai today (the area alongside the river in front of the DCR Cave/Studio).  He knows I’m constantly outside taking photos and since that’s usually a daily occurrence, it was logical to ask if I’d been out there yet.

I said no, to which he responded there’s a baleine that’s on the quai.

At which point I’m like…uhh…I don’t understand. (Side note, this was all happening in French so I was starting to second guess my language skillz).

Sure, I knew the word in French (because it’s actually in one of The Peanut’s bath books), but I couldn’t quite understand why a whale would be on the quai.  So naturally I said I didn’t understand, figuring I was just misunderstanding another French word.  He repeated it a few times, and I repeated my confusion.  He then decided to dumb it down with “grand poisson”, meaning a large fish.

At this point, the only thing that was clear, was I needed to go check things out for myself.  So I started heading outside before he stopped me again, this time reminding me to bring my camera.  Obviously, he knows me well.

Sure enough, he was correct – there was a baleine on the quai: 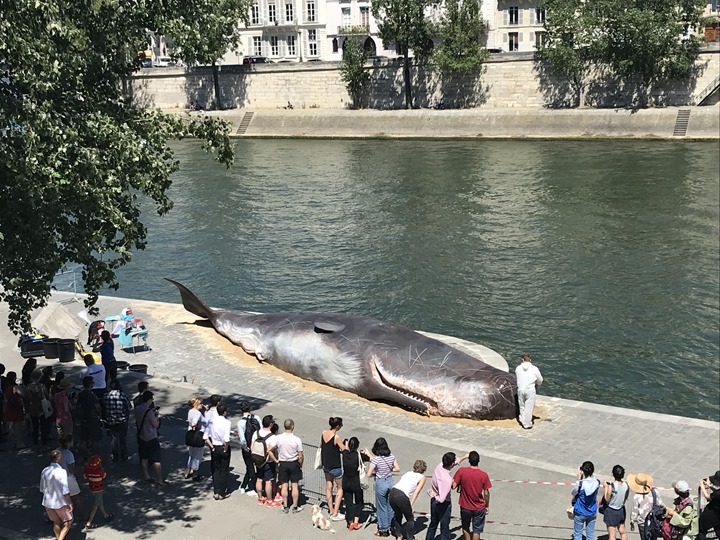 It wasn’t actually real, even though you might think that it was.  They were occasionally watering it from the Seine, as well as misting some sort of odor to make it smell bad.  It’s a part art/part awareness campaign.

Pretty incredible.  Though, good thing I didn’t have any shoots planned for that day!  It’s exactly where I do many photo shots of products, especially bike tech!

Somehow, she’s already one.  I don’t really understand how the year has flown by.  Actually, a year and a few weeks.  She got the least awesome birthday present ever, 3 weeks ago, by catching the chicken pox for her actual birthday.  Poor little thing.

No worries, she was just as happy to celebrate now as any other time.  Not that she was entirely clear what was going on.  All she knew was that there was a bubble machine, cake, and a bunch of her little friends around. 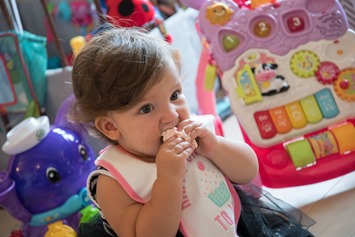 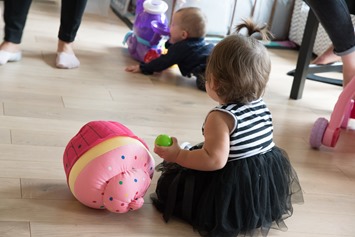 The Girl had made a cake, obviously, and it was pretty sweet.  I mean, both in the aesthetic sense but also in the interior too.  Nom! 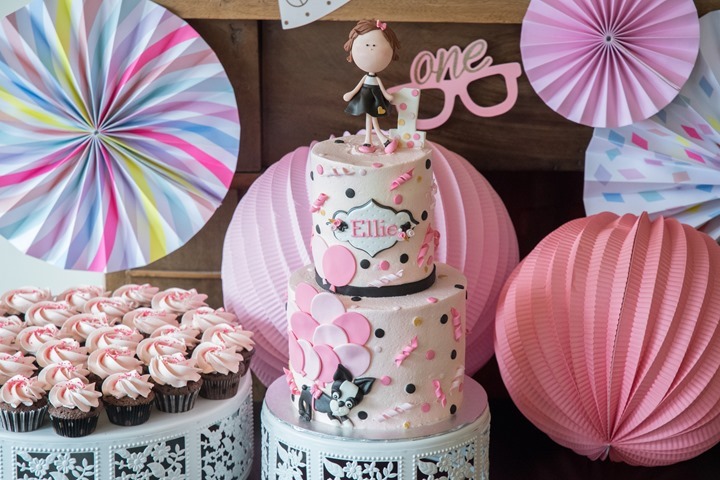 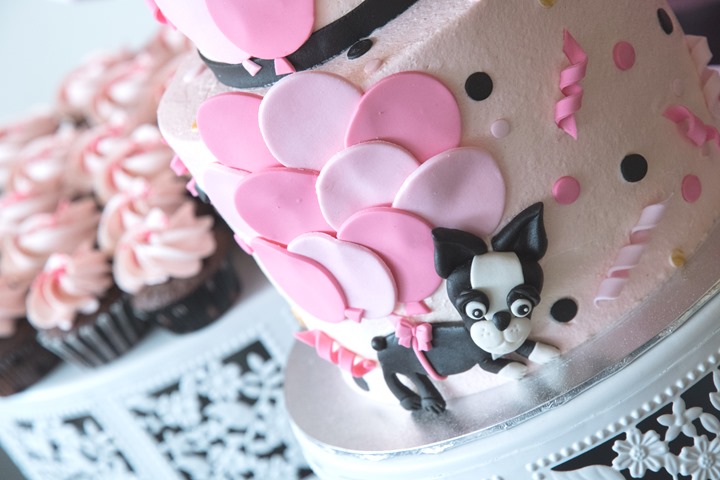 Then there was a bunch of other food goodness, albeit most of it not for the little ones. 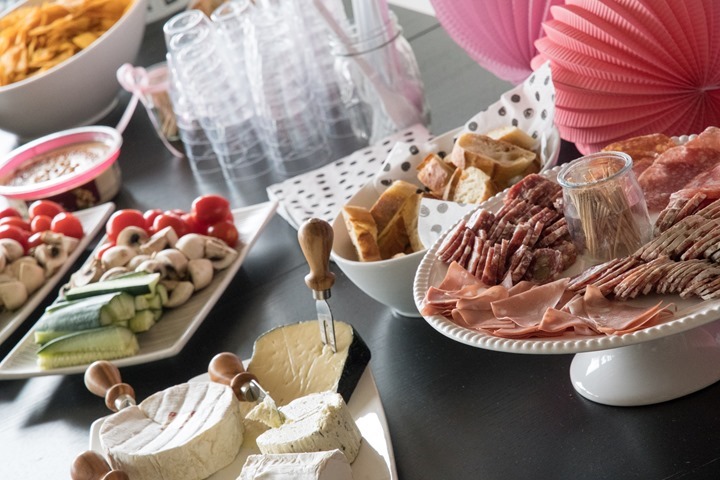 And then yes, the bubble machine.  Seriously, The Girl found it on Amazon France for 15EUR, though it’s half the cost in the US for what appears to be the exact same design, sans Little Mermaid.  But still, the best $15 you’ll ever spend. 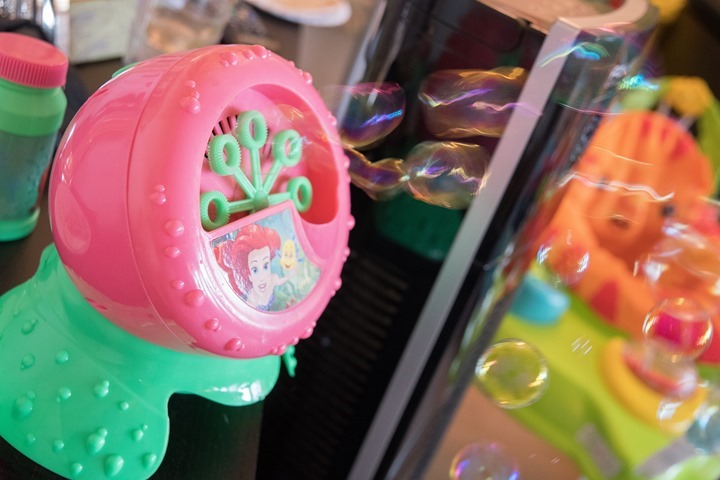 And if you put it just behind a fan?  Holy bubble mania! 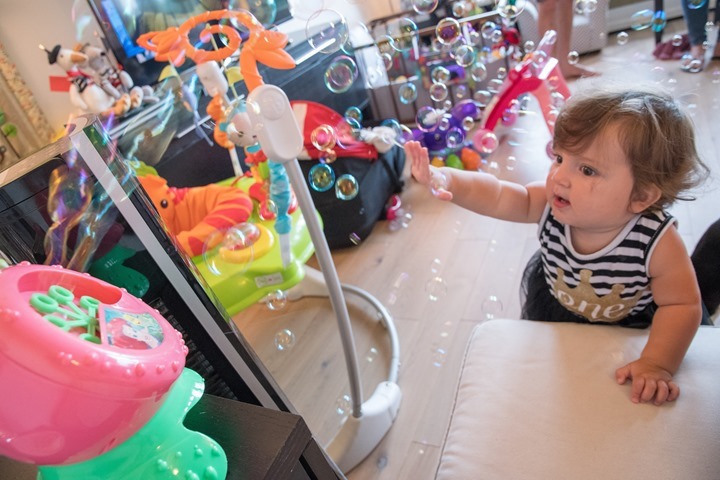 I don’t really have any pictures from these unfortunately.  But, I did take a single photo while walking past the Arc in between meetings.  Almost all of the meetings I’ve held over the last few days have been prep related for Eurobike.  Companies or people that were in town for the finish and wanted to mull over things, or get my take on it prior to announcing at Eurobike.

And this is really the perfect time to do so.  About 5 weeks out is great for me timing wise as it allows me plenty of time to get stuff prepared/tested/etc… I’ve had 1-2 packages arriving every day for the last week (by mail or in person), and for the next week ahead.

August is gonna be busy with testing! 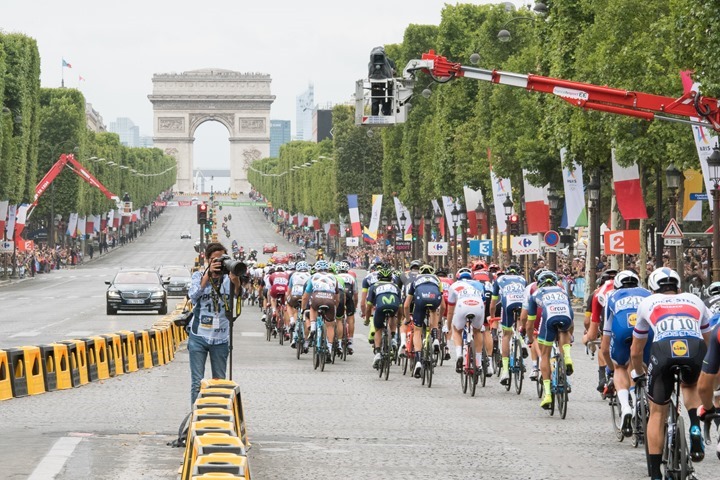 And of course I’d be remiss without noting that I spent a fair chunk of Sunday afternoon and evening watching the Tour de France finish.  But, you can check out my super-detailed post about that here, in case ya missed it.

With that – have a great week ahead, and thanks for reading!