Here’s what we were up to on this extended weekend edition of the 5 Random Things!

We started off the weekend with a mere 8 hour flight to Toronto…followed by a four hour layover…and then backtracking another 3.5 hours to Newfoundland (home of The Girl).  There’s little that sucks more in aviation than overflying your destination only to spend 6 more hours flying to get back to where you were to begin with.  Plus the complimentary four hours in Toronto (actually…turned into 6 hours after delays). 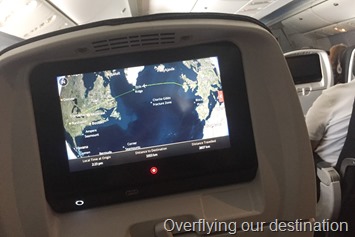 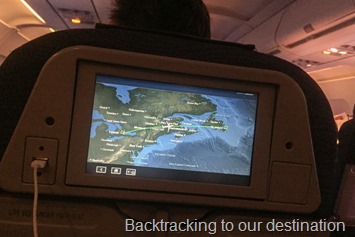 But The Peanut was a happy camper on the flight, so all was good. 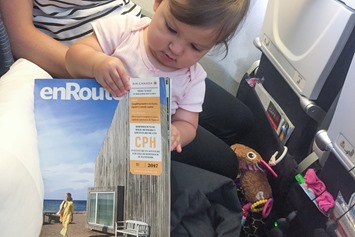 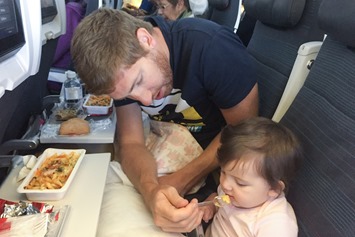 On our first trip with her last summer back to Canada we simply had her as a lap baby.  Which is logical, since in theory that’s free (or close to it).  Except it’s not free at all on Air Canada when traveling internationally.  In fact, you end up paying almost just as much as a full adult fare, due to the breakdown of taxes and fuel surcharges.  In many cases, the difference in fare is a mere $20-$40!   Thus we’ve now transitioned to buying her a seat when travelling on Air Canada, since that gives us far more room for basically the same cost.

Of course – this isn’t the case on other airlines.  For example, when we flew United Airlines back in April to the US, her lap-child fare was only 10% of the accompanying adult fare – which isn’t too bad.  So we’d keep her as a lap baby then.

Oh, and best of all? Toronto has a Tim Hortons. Obviously, Timbits were in order.  But I don’t seem to have incriminating evidence of that.  So instead, here’s a pic at Swiss Chalet at the airport instead. 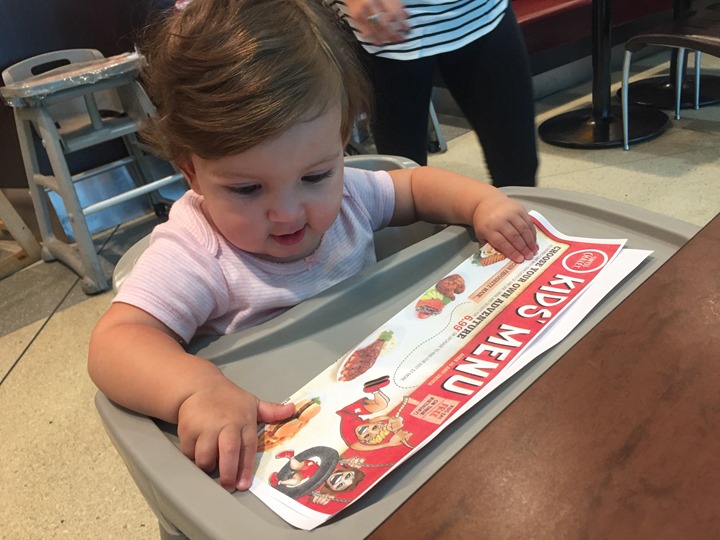 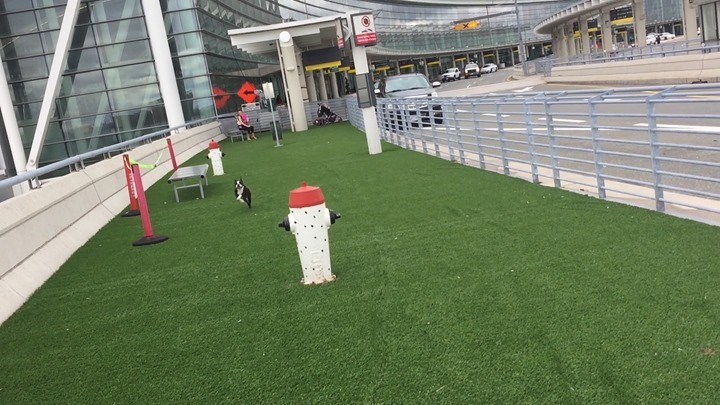 They’ve got a fancy new outdoor (and empty) dog park.  Apparently two of them actually. 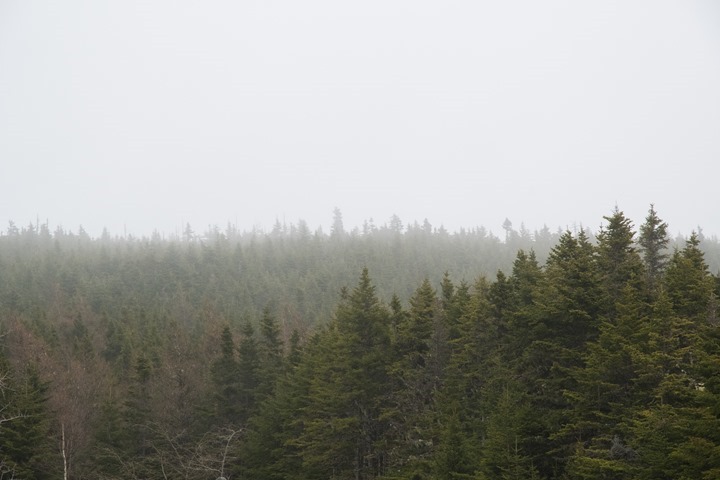 Saturday I headed out for a short 5K run.  The only problem?  I didn’t exactly bring cold-weather running stuff.  I had brought some colder weather cycling stuff, but the forecast had it being a bit warmer than it turned out to be these first few days.  The remainder of the time here looks better. 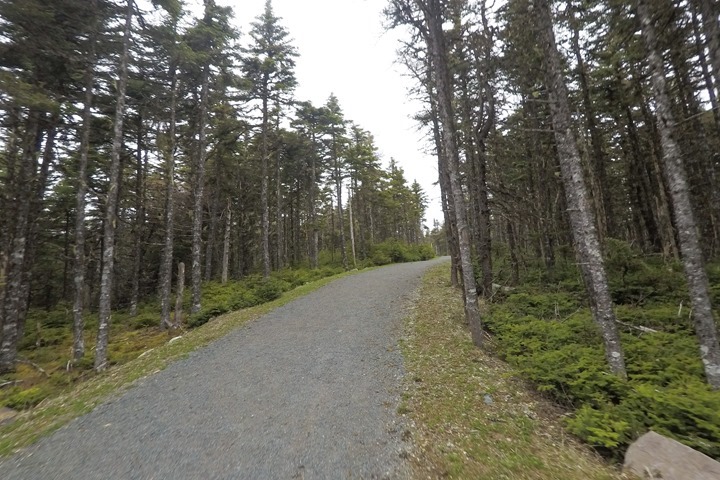 So…it was cold, just a single degree above freezing.

Very…very cool. But I did see a rabbit though.

Mostly the wind was the worst though, which of course is always the case for Newfoundland. 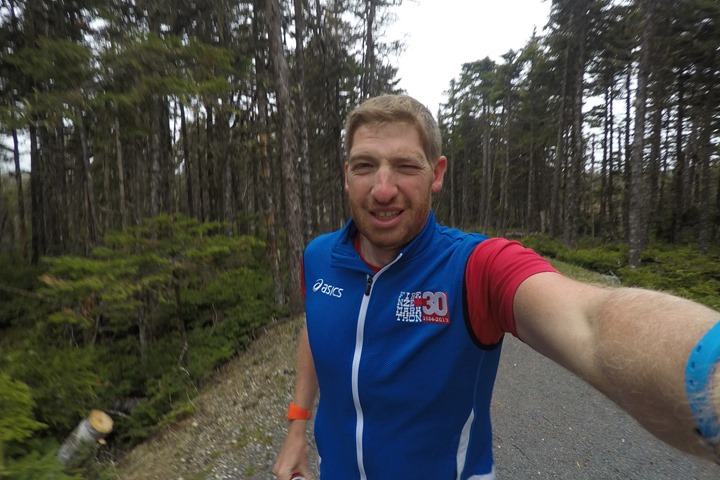 Oh, and in case you were wondering.  Watches of record for this run were the Suunto Wrist HR, Polar M430, and the Fenix 3.  I forgot to charge the Fenix 5 battery.  Camera was the GoPro Hero5 Black.  Oh, and there was a Fitbit Alta HR in my pocket gathering steps.

Sunday we had a bit of a BBQ at the house.  Though oddly, I only have a photo of the beer.  Not sure what happened there. 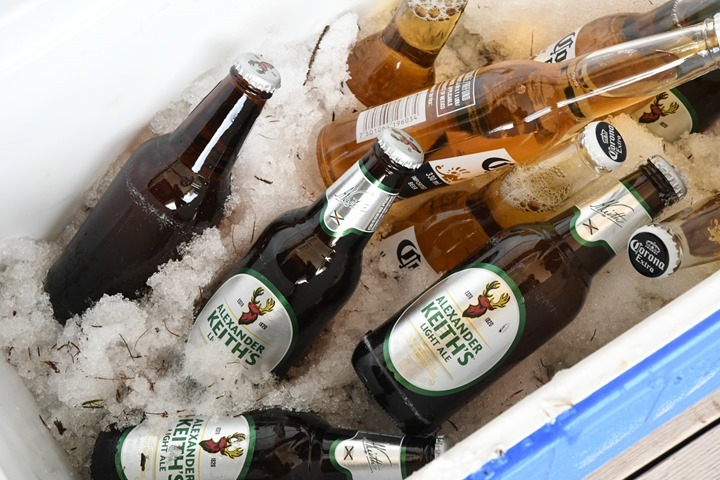 And yes, that’s actually snow in place of ice.  Just in case you thought it was warm here.

I headed out Sunday for a slightly warmer run.  The sun had poked its head out for a bit during the afternoon, though I mostly missed that and by the time I was running it was somewhat overcast again.  At least the wind had died down and it was more than 1°.  I mean, like a whopping 3-4°.  Woot!

I did the compact dirt/gravel trails for a bit before doing some actual trail running trails.  I saw my rabbit friends again.  Unfortunately, the more single-track trails were…wet.  As in, completely underneath a water feature.  I had to divert a little bit around this whole situation through some trees: 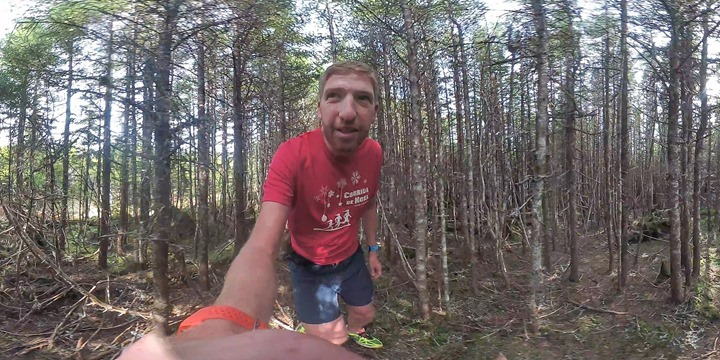 Here’s a short 360° video of that (water included free of charge), merely because some folks wanted to see how well it handled stabilization in running situations.

(Remember to switch to 4K in YouTube, else it’ll likely look sucky)

After the trail I stopped briefly by some snow: 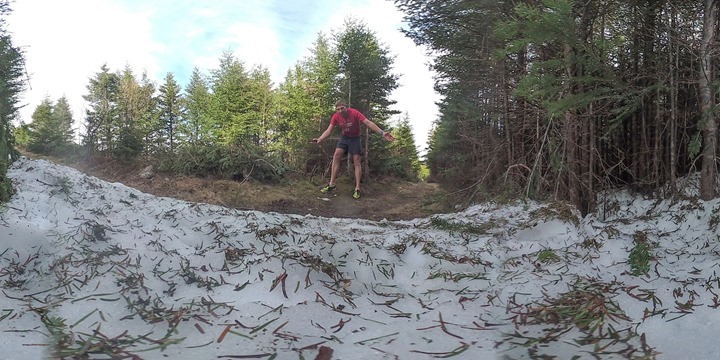 And then it was time to hit the road for the couple mile journey back to where I started.  Not too shabby for a quick run.

Devices of record for this run was the Suunto Wrist HR, Polar M430, and Fenix 5.  Camera was the Garmin VIRB 360.  And again, a Fitbit Alta HR in the Spibelt. There was also a GoPro Hero5 Black in my Spibelt too, but I didn’t end up using it on this run and just cropped the photos from the 360 cam.

5) Getting the bike all ready to roll

Like most cyclists, I’ve got older bikes that have been semi-retired.  And like any good retired thing, it goes off to the retirement home.  In this case, my two eldest bikes are at both my parents’ house and my in-laws’ house.  Albeit on complete opposite sides of the continent.  It’d be difficult to get much further apart.

In this case my very first road bike is up here in Newfoundland.  It hangs out in the Moose Shack much of the year. 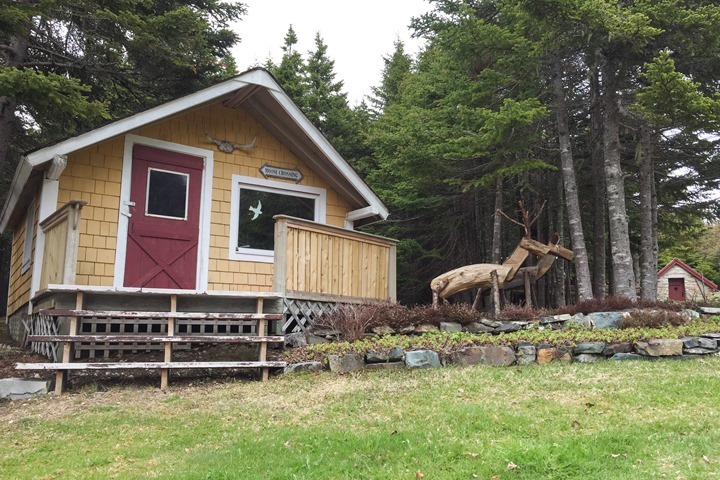 So I went in and grabbed it and brought it to the garage to fill the tires with air and clean up a few things.  This included finally removing this super-old bike computer mount that’s been there forever. 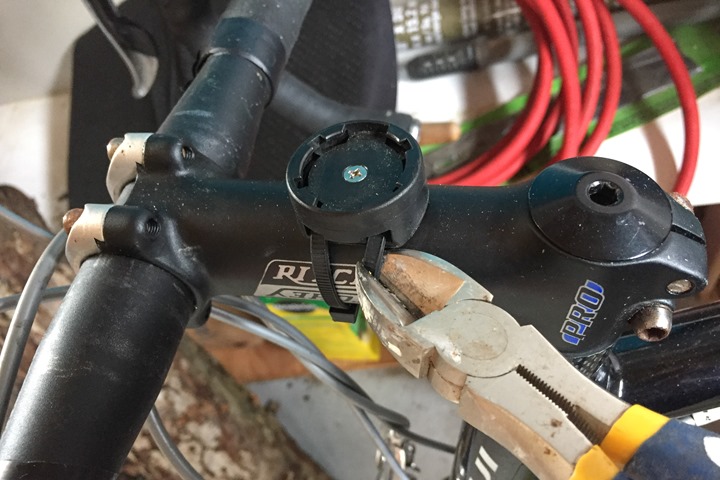 As well as then installing my pedals (P1). 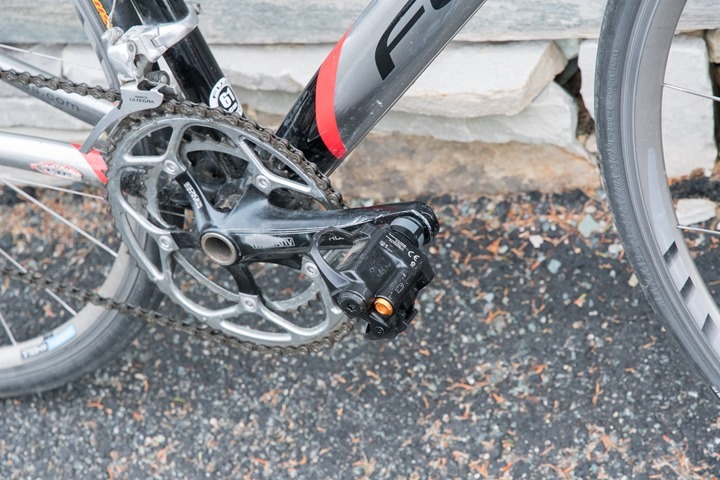 Along the way I decided to re-do the bar tape a bit.  I didn’t have new bar tape, but just re-wrapped the existing stuff.  Oh, and then I installed three bike computers: Stages Dash, Polar M460, and an Edge 520.  I normally would use an Edge 820, but I couldn’t find it at the last second when I was packing.  Shrug, I know all the roads around here pretty well. 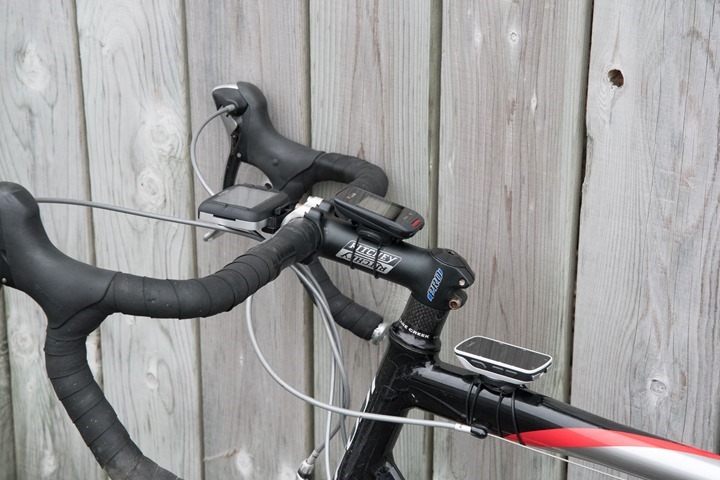 And with that, I’m ready to head out for a ride: 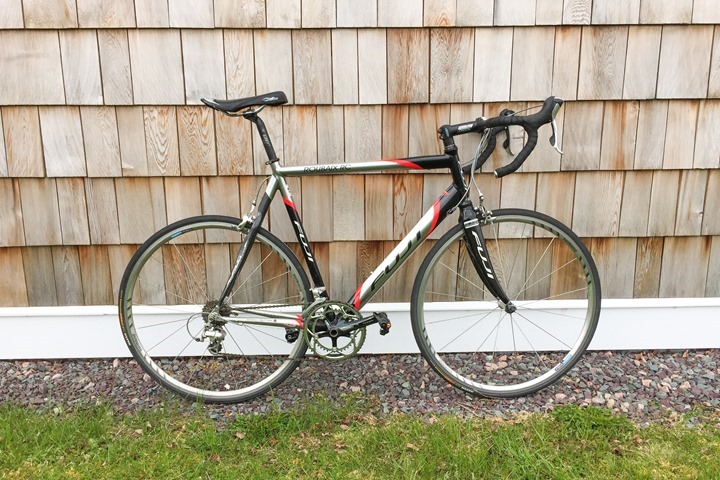