An Update on the Mio SLICE: How to get your slice of PAI 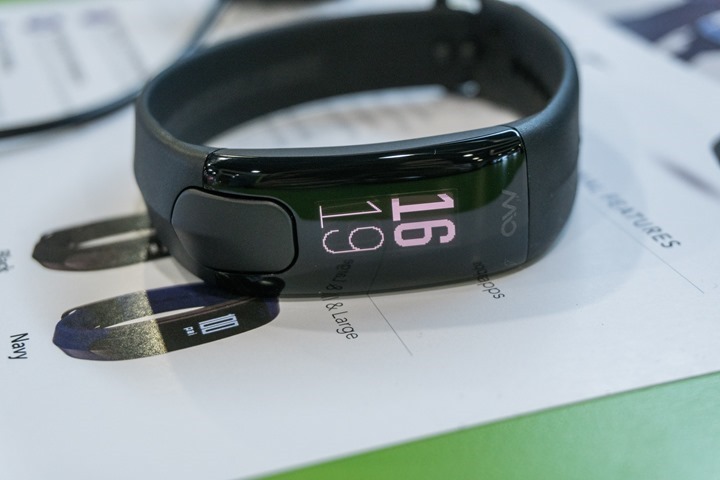 When Ray asked what readers wanted to see from CES this year, several of you commented about the Mio SLICE and the current status of its availability.  I had the chance to sit down with the folks at Mio and talk through where they are with SLICE and what the next few months look like. 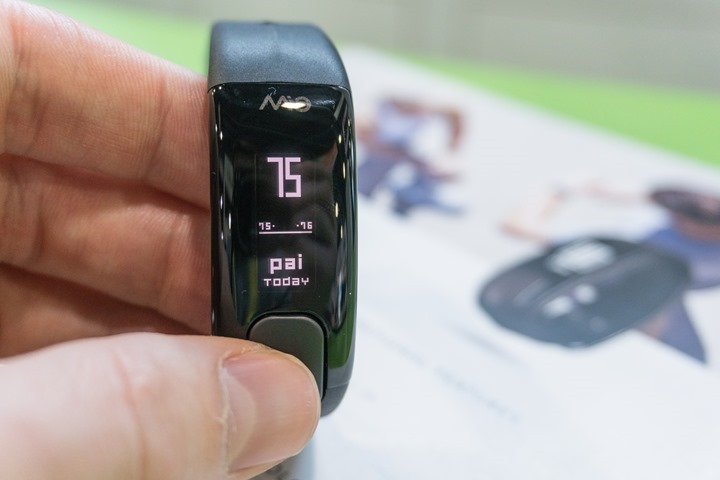 You may remember that Randy covered the announcement of the SLICE last year at CES as well as the beginning of their pivot away from a 10,000 step goal for activity tracking.

The 30-second version of that story is that 10,000 steps simply isn’t a satisfactory metric for all people.  A balanced activity profile will include strength training, cardio, and some amount of stretching/yoga, and an activity tracker counting steps is only likely to capture part of that story.  For example, if you are into paddle sports and spent 90 minutes in a kayak, the resulting step count is likely to be lower than you would expect for your activity output.  That is simply the truth of counting steps (as anyone who has ridden 5 hours on a bike knows, only to have their watch beep upon saving the activity to ‘Move’ that hour).

Now let’s be clear, there is nothing inherently wrong with steps, Mio is just taking a slightly different approach in their aim to track a more holistic look at activity through heart rate.  Enter the Personal Activity Intelligence, or PAI (pronounced PIE).  Mio is pulling from the Hunt study and combining the work done there with their own algorithm to associate a given cardiac output (heart rate) over time with a score they call PAI.  This is where it can get a bit ‘interesting’.

Rather than a daily PAI goal, they monitor a rolling 7-day value.  Mio has set the target at 100 PAI (it sounds a bit arbitrary, but it’s a round number, and who doesn’t like round numbers?).  They then take your information (age, gender, resting and max heart rate) and use that to measure the quality and intensity of your cardio workout.  Kayaking for 90 minutes will likely result in more PAI than a walk after dinner (unless your walk turns into more of a Forrest Gump style cross country journey).

The other piece of the puzzle is not all PAI is created equal.  If you aren’t in the best of shape now (as calculated by the correlation of age/gender/max and min HR) you can earn PAI easier than someone who is in marathon shape.  In that same vein, if you are a committed cross fitter, you might be surprised by the lack of PAI earned for a workout, especially as you get faster at the workouts. Mio is squarely targeting activity tracking by heart rate here and PAI is simply their method of quantifying ‘active minutes’.  If you’ve had a few good days in a row and are well over your 100 PAI mark, today may be the day for Yoga or something less intense than interval training. 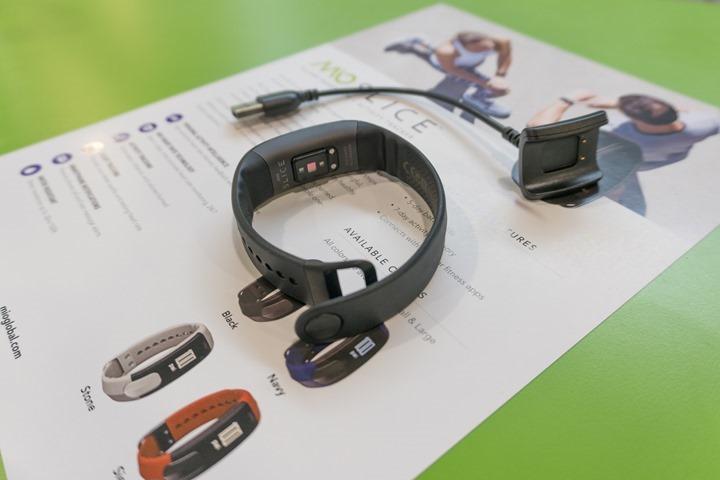 So with all of that said, is the product finally – a year later) – shipping?

The Mio SLICE is available for purchase now, but only exclusively through Brookstone as the official launch partner (For those outside the US: They sell gizmos and gadgets you never knew you needed until you spend an hour in their store watching metallic balls bounce magically in the air).

There have been some reports that supply has been limited but Mio expects to have plenty of inventory when they begin selling the device on their website and through other distribution channels.  For those of you who don’t live near a Brookstone, they anticipate having units available elsewhere starting in February (I imagine the exclusivity deal runs out January 31).

Most notably, this is timed nicely as Mio is continuing development for the platform and will be releasing updates over the coming weeks to continue ensuring that the product meets their standard for quality and accuracy.  Said differently: They’re still working out some kinks – but they expect those to be sorted by February. 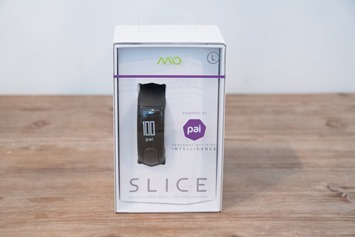 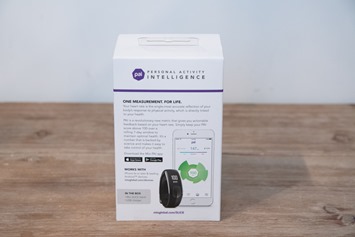 Given Ray is off to Australia for a few weeks, it won’t be until after then that he’s going to dive into it.  But, as you can see by the two pics above – he does indeed now have a unit, and it even made it to the famed unboxing table.  He is planning on spending some time with the SLICE when he gets back and will have more to say around accuracy, PAI, and the general pivot away from a pure steps metric.  Stay tuned for that sometime in February!

Catch all the CES 2017 posts here in one handy to read page.  And fear not – there’s still a bit more to drag out of the CES product pile that somehow nobody else talked about yet.  So stay tuned!