Thoughts On The New Apple Watch Series 2 with GPS & Waterproofing 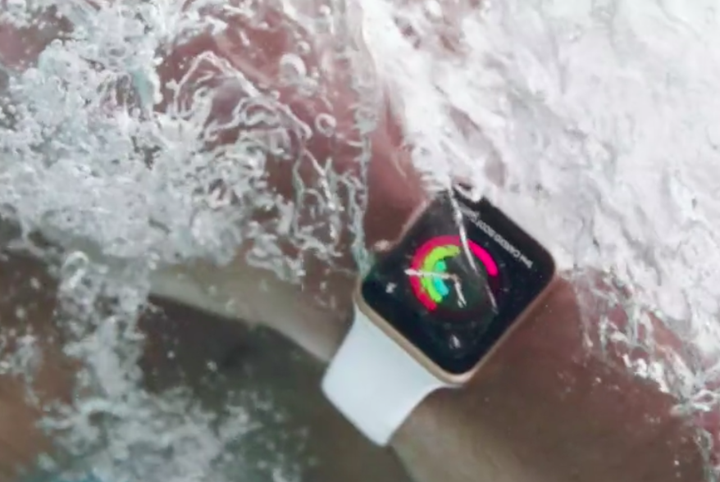 Heads up – February 2017! Looking for the Apple Watch Series 2 In-Depth Review? Swing on over to that page here!

It’s been almost exactly two years since Apple announced their first version of the Apple Watch.  Today they announced details regarding their second iteration – simply called ‘Apple Watch Series 2’.  You’ll remember that the first iteration of the Apple Watch was more of a general fitness and day to day lifestyle watch than that of an endurance sports watch – at least per the specs.  It lacked true waterproofing or GPS.

In reality though, it actually could hold its own in certain endurance type activities, including on the waterproofing front as I showed in my crazy waterproofing videos.  However the challenge was still the lack of GPS connectivity.  For that it depended on the GPS of your phone for accurate distance in most sports.  Alternatively, it could also estimate running distance using an accelerometer.  But as I found in my review that accuracy tended to be rather variable, which is often the case for wrist-based accelerometers.

In addition, the watch was often criticized for being a bit slow.  While there has been work on that with various software releases, there were still limitations there on just how fast things would load.

The waterproofing piece is actually pretty interesting.  In the presentation they detailed a bit of what they’re doing to protect the speaker from water, which can cause issues later on during playback if water clogs it up.  First they showed all of the seals in a breakout image: 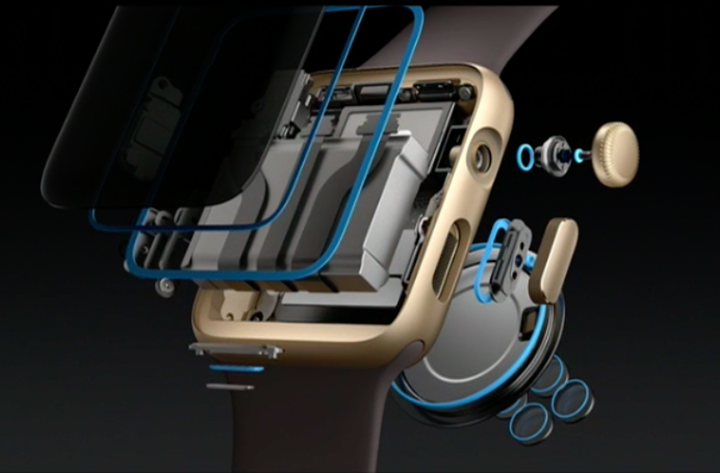 But then they showed how they actually utilize the speaker to clear the water, and the differences between the first generation and second generation: 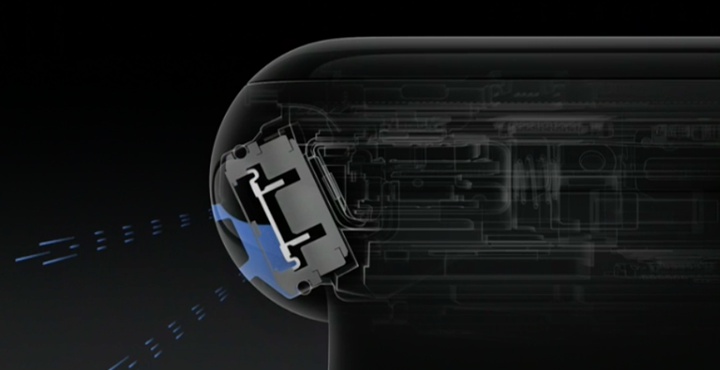 Though, far more impressive to me was their waterproof testing chamber.  This thing would swirl around for long periods of time to test waterproofing.  Super cool.  I want one, obviously, to compliment my existing waterproofing test chamber.  If not, it doesn’t seem too difficult to build actually.

Following that display of waterborne prowess we got to see some fancy photos of their swimming ‘lab’ setup to determine more accurate calories while swimming.  Of course, that in turn depends on more accurate HR sensor data, which we know the Apple Watch isn’t exactly world-class in (no matter how many times TV crews visit that fitness lab, nor have Jony Ive narrate it).  It’s good, but not great compared to other optical sensor options in the market today.  On the flipside (literally), the display is of course market-leading.

On the GPS front, we don’t have a lot of details yet in terms of battery life (how many hours with GPS-on? – Update: 5 hours is GPS-on time, which is lower than any GPS devices on market) or GPS type (for example, is it GLONASS)?  The original Apple Watch was largely hindered by battery life, getting about 24-36 hours day to day usage (non-GPS) for most people with regular use.  GPS will certainly impact that substantially, as it does on every wearable.  It’s the single biggest battery draw. 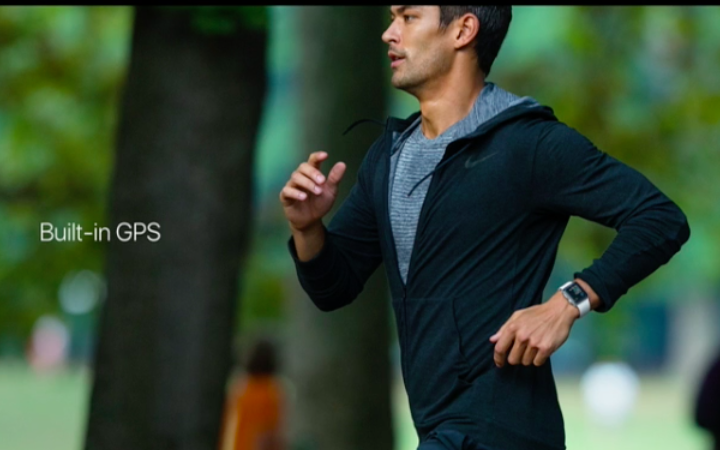 The new unit doubles down on performance specs, including the GPU (Graphics Processor Unit) being twice as fast.  Additionally, the dual core processor is now 50% faster.  Finally, the company is using a new display that’s twice as bright as before, making it what Apple claims is the brightest screen ever on any Apple product. 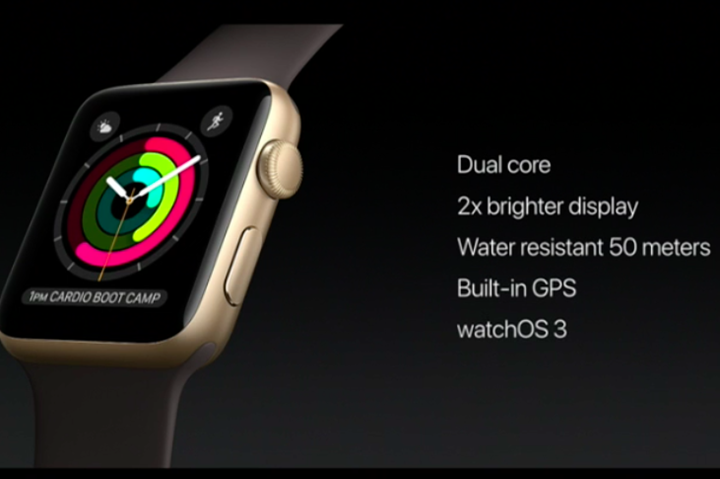 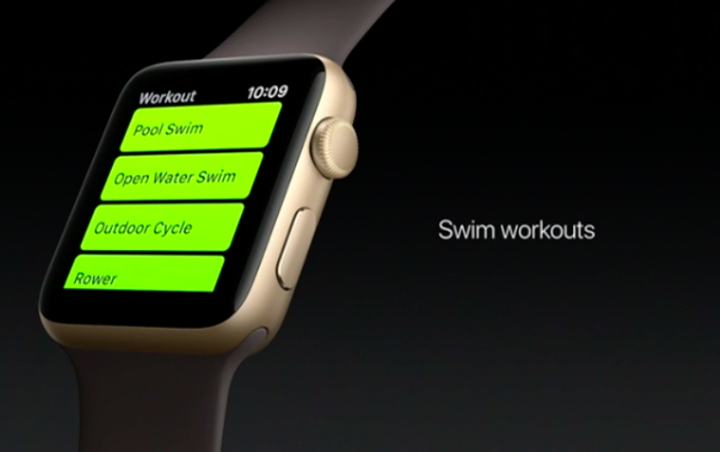 Meanwhile, with the new GPS you’ll also get GPS track maps within the default Apple fitness apps, such as with running: 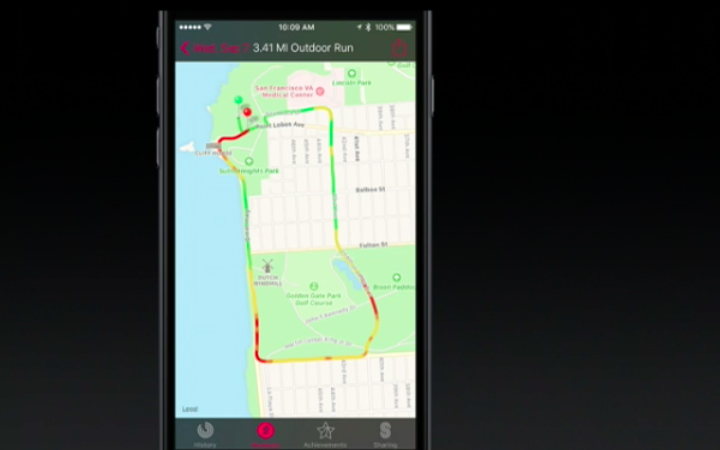 Apple then brought Nike on stage to talk about a new partnership offering that culminates in an an Apple Watch Nike+ Edition that includes additional apps and a different stylized band:

While the companies did their best to make these new Nike fitness app functionality sound impressive, it’s largely the same stuff we’ve seen by other companies and apps in the fitness space.  Reminders and motivational pieces primarily.  Still, interesting to see that Nike/Apple relationship continues to deepen and integrate. 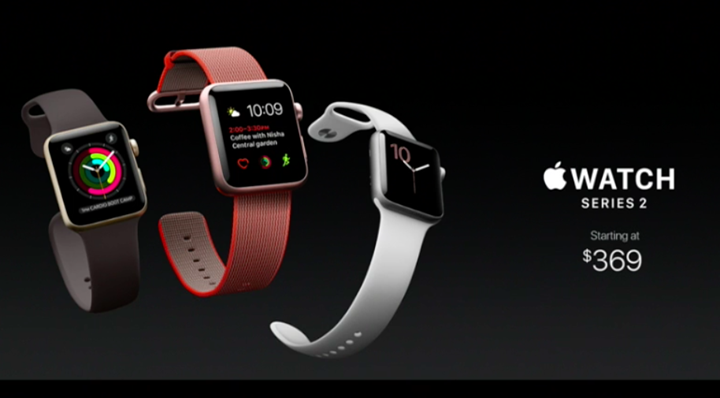 In addition, they’ll be revamping the existing Apple Watches and rebranding them Apple Watch Series 1.  Those units will get the new dual-core processor, and be available at $269.  They won’t be getting waterproofing or GPS though. 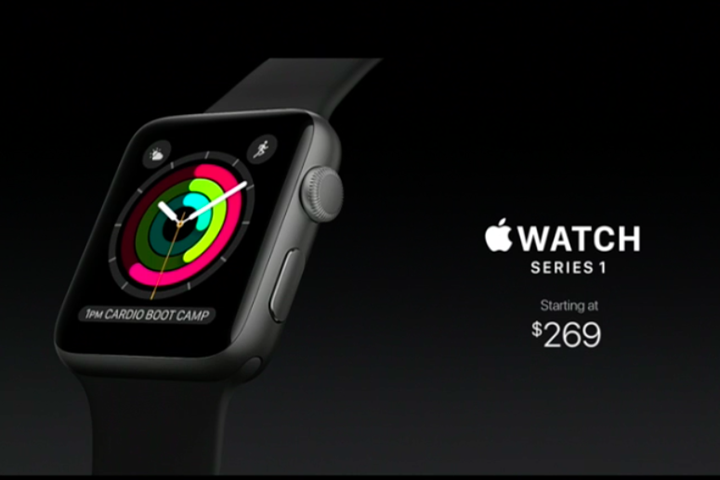 Finally, the Nike+ edition will be available in October, but will also sell for $369 (same as Series 2).

So, will this be the end of Garmin or Fitbit?  Well two years ago folks noted that the Apple Watch would kill Garmin and Fitbit.  Yet the opposite happened.  In fact, times have never been better for either company.  It’s done nothing but escalate sales of fitness and smart watches within the industry.  By any and all possible metrics you look at, it’s increased interest and demand in the smartwatch and fitness watch segment

Of course, Apple is no doubt cutting into some portion of both companies’ potential sales. However with Apple having only two offerings in the market, I don’t expect it to have a dramatic impact on either the low-end fitness tracker market, or the high-end endurance GPS market.  Where it may definitely have an impact is that ~$250-$350 mid-range fitness GPS watch market.  An area covered by the (slightly older) Fitbit Surge, Polar M600, and Garmin FR235 (plus the Vivoactive HR)…among others.  All of those units lack the vast ecosystem of Apple Watch OS.  Of course, as with before, you’ll be balancing deeper apps vs longer battery.

And as with purchasing decisions for the last two years since Apple Watch was announced, it’s really going to come down to what you use your watch for.  For day to day business (aka ‘lifestyle’) use, yes, the Apple Watch will continue to expand in that space.  But for the low and high end price ranges, I don’t think we’ll see it impact competitors much. In fact, if history is any indication it’ll just drive demand and interest, as well as competition.  And competition is a good thing for consumers.

As for an in-depth review of the Apple Watch Series 2?  Of course…once I’ve got a final production unit in-hand.

(Note: All imagery in this post from Apple’s event presentation.)