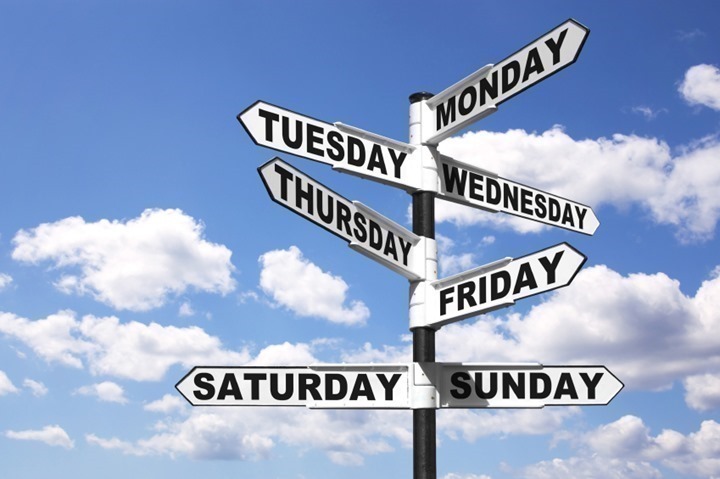 Sunday: Week in Review–April 6th, 2014
Monday: 5 Random Things I Did This Weekend
Wednesday: First look at the new Garmin Edge 1000

Garmin Edge 500 – $159: This is pretty straight forward.  Clever Training has the little cycling unit down to $159 until the end of Monday.  Just a short 7-day stay.  Free shipping as well.  The DCR code does not apply here because it’s a deep-discount sale, but it still supports the site.

TomTom Runner + Heart Rate Strap – $199: This sale stats today, April 13th, and continues until April 26th for the Runner edition.  This is a reduction from the normal rate of $219.  Note, this is not the newly released Cardio optical edition.

1) Uber launches bike courier service in Manhattan: While certainly not the first company to do so, it’ll be interesting to see if they can do better than past entrants.

2) Half-Marathon sorta-cancels race, sorta doesn’t – due to lack of water: Well, this looks like a grand cluster!  Just read on to to get the full low-down on the race morning mess.  Sent in by reader (and runner in the race), Mick W.

3) Test your running knowledge in this quiz: Ok, well, I got off to a good start. Then things went downhill.

4) In New Exhibit, Running Shoes Are Potent Symbol Of Boston Bombing: This is a exhibition of objects left at the site after the bombing, now on display at the Boston Public Library.

5) Dear World: Boston Marathon: Survivors and responders return to the finish line to tell their stories.  Worth clicking on through.

6) Hexoskin Wearable Body Metrics: Basically, you plug your clothes in and get various athletic metrics during activity.  That said, it’s sorta expensive looking.  (Thanks to Bob G. for sending in)

7) Some mountain bike sweetness: Mostly because it’s super-high resolution (4K/2K), and just looks incredible.  Be sure you’re on HD mode! (via Race Radio)

8) Everything you wanted to know about Shimano Di2: While trying to figure out what exactly I needed to order to make my bike Di2 friendly for upcoming product tests, I stumbled on this page.  Very well done, and impressively already updated for details around support of the Edge 1000 & Mio 505.  That said, I still wish there was a simple shopping list generator somewhere for all these parts.  Ultimately, ended up just calling my local bike shop to let them order/install it all for me.

9) Ironman Maryland announced! This will take the place of what was Chesapeakeman (a race I did the duathlon in a few years back).  Starting this fall, cool stuff!

10) Modifications for the cobbles of Paris-Roubaix: The epic race is today (Sunday the 13th) starting nearby-ish Paris and is well know for the cobbles.  This post goes into some of the tweaks the bikes have had done specifically for this race.

Garmin Fenix2 Firmware Update: Another slew of updates and tweaks.

Quarq Firmware V21: A bunch of minor firmware updates and tweaks. Note, requires the Quarq app & if on iOS, then the Wahoo ANT+ adapter to update. (via Bob G.)

TomTom List of Planned Features: Woot!  Great to see sports tech companies outlining their plans for the year.  This is a list of what’s coming for the watch and the platform.  Nicely done.

Adidas Speed Cell Now supports running without a watch: This is really cool.  The unit now supports being able to download runs afterwards to the app.  So you just wear the footpod on your run, that’s all.  And then afterwards you can download the whole run.  Previously, the app was really only geared for various team sports.

Magellan Active Website Update: They’ve added a quick gallery of apps that support the Magellan Echo watch, as well as a few other miscellaneous items. 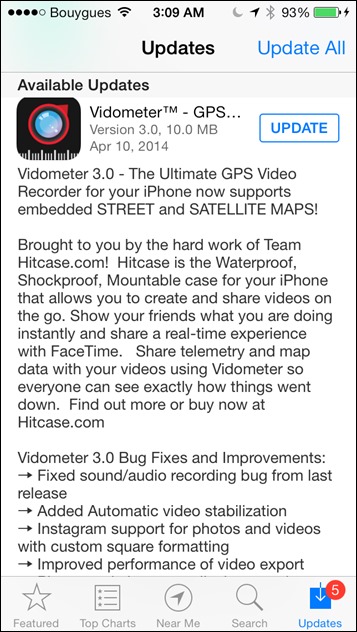 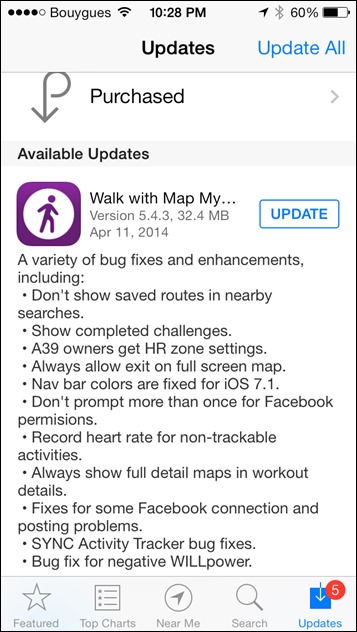 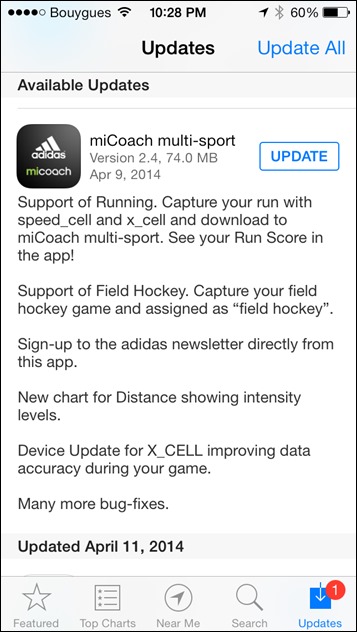 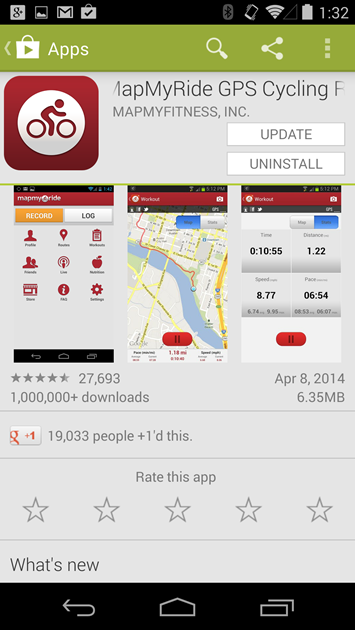 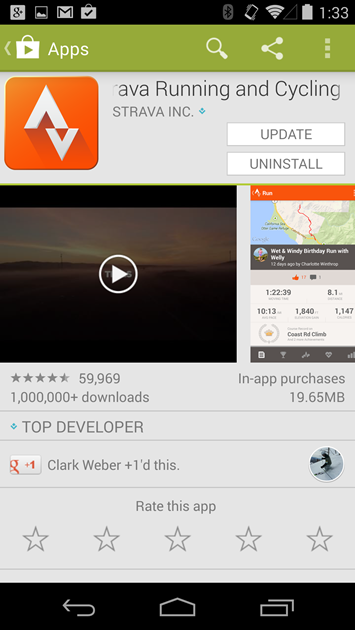 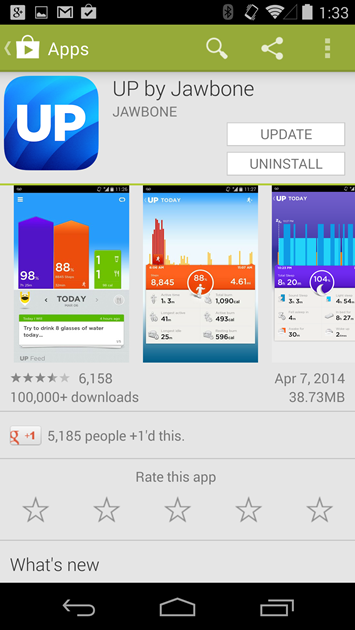 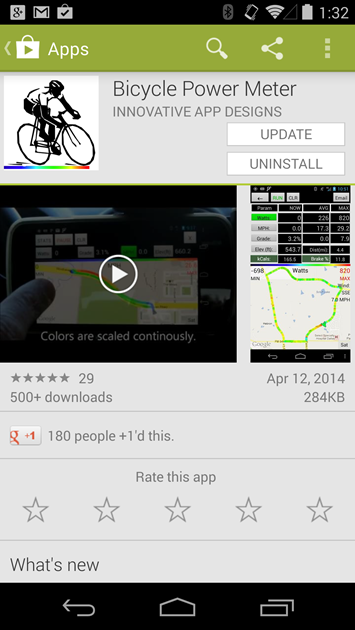 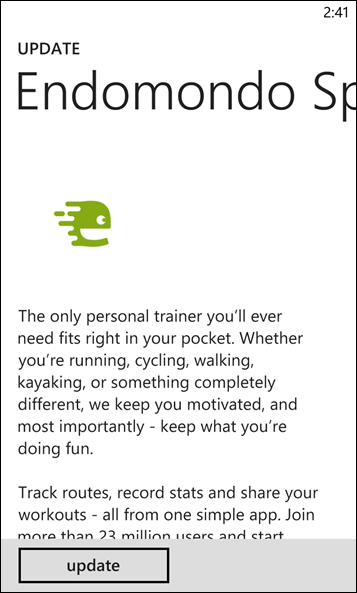