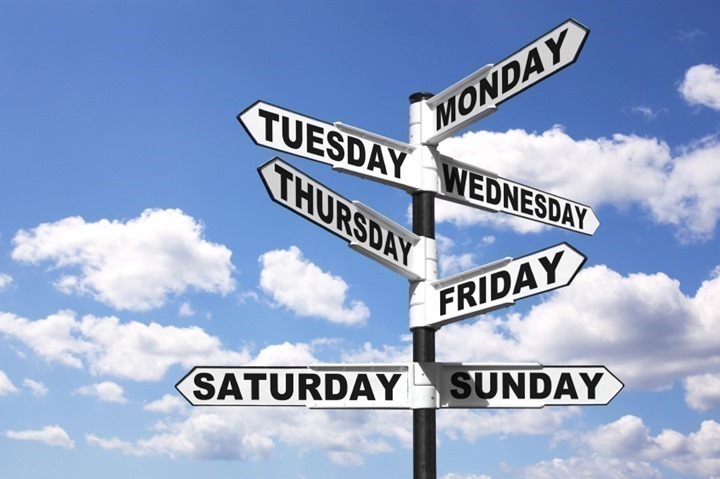 I don’t normally include pre-order items in the Week in Review, but there are two items here that people have been asking daily about, and they are finally available for ordering.  The others I added in simply because some might find it useful and usually I do mention new models of existing units in the Week in Review from time to time.  Everything below qualifies for the DCR reader 10% savings on your cart through Clever Training with DCR coupon code DCR10BTF, plus free US shipping.

Polar V800 now available for pre-order: This is planned for early May delivery.  As I noted in a comment yesterday on the V800 post, understand that there are a lot of unknowns here as far as upon-launch features.  Thus, I’d look at this more as saving a place in line than outright committing.  Further, also note that swimming metrics (indoor/outdoor) will not be available at launch.  Finally, my full in-depth review will be once I have final production software/firmware, and then, likely a few weeks following that.  Given the lack of clarity, I want to be absolutely sure what I write about is what you’re getting.

Mio Link dual ANT+/BLE optical HR strap for pre-order: Delivery is planned for mid-April.  Tons of you have been interested in this, and I’ve been using it since late December without any real issues.  I’ve done rides, runs, and random other activities. All good stuff.  My only real complaint at this point is the charging cable magnets are a bit non-powerful, so it’s best to get it charging and not touch it.  Beyond that, I wish the unit would go into standby after a while, since I often forget to turn it off and then I am always charging it.  But, those are relatively minor.  I’ve got final production units on the way to me, and I plan to write an in-depth review sometime in mid-April or so.

As always, thanks for supporting the site!

1) Brim Brothers re-affirms August date for delivery/launch of cleat based power meter: While definitely a long time coming, it’s good to see the date has basically remained the same from when I heard it last summer/fall.  Pre-ordering info is being re-confirmed. No exact pricing however.  I’m sure once we get closer I’ll be able to do more hands-on work like that of a year or so ago.

2) Samsung Galaxy Gear2, Fit, and S5 launched for pre-orders: Just a heads up that you can indeed pre-order the units through a wide variety of cell phone companies. I’ve placed a pre-order for the Fit and Gear2, and will be testing them out once they come in. I’ll be re-attempting to order the S5, once the ATT site cooperates with me and doesn’t try and change my phone plan…

4) A banana holder for a bike: No, really, it holds a banana while you ride. I’m not sure what to say.  Outside of that, the bike holder/storage shelf combo thing shown down below is actually pretty tempting.

5) ANT+ launches new dual chipset with Nordic: This should help many device makers wanting to do dual ANT+/Bluetooth Smart in a single chip. Today, the primary option is two chips side by side.

7) New study on how to properly nap: Yes, seriously. Interesting stuff. Check out the infographic, helps break it down quick and dirty style.

8) New York Freedom Tower Base Jump Video: Obviously, this has made the rounds for all sorts of reasons (namely, being illegal).  You can skip ahead to roughly 2:45 for the jump. Though, I thought the landing piece was most interesting.

9) Marine Biologist (that likes sharks) that wants an incredible job?  Remember when I did the shark diving trip? Well, this is like that, except all expense paid to live in Fiji for a year+. Seriously, that’s crazy. Sounds like awesome training potential if you ask me, hopefully some reader is qualified and can take advantage.

10) How to create your own training camp: I’m a sucker for ‘How to’ guides, and this one from Slowtwitch is solid.

11) Running in Paris is now considered cool: Interestingly, I’ve actually seen a significant uptick in runners this spring compared to last year, or the fall prior. Way more runners than normal, even on bad-weather days.  As for running attire from Parisians? Well…lots of work to do in the fashion department.

12) 31 of the most exotic pools on earth: Ok, I need to start checking some off the list. (via USAT Triathlon Facebook page)

Magnet-less bicycle sensor: VeloComputer magnet-less wireless bicycle sensors for speed, acceleration, grade of a slope and cadence.  This is another iteration for Velocomputer, but this time, I think they’ve got the concept right.  The unit can be ordered in either ANT+ or Bluetooth Smart, and follows both standard profiles (finally!). I’ve commented to them that a dual product would make more sense, and the chipset they’re using is capable of it.  Personally, I’d buy it in a second if it was dual (actually, I’d probably buy a bunch of them).  But, that’s just my two cents.

Helmet that’s connected to water to keep you cool. Interesting concept. Not a lot of pickup yet on the project though. (Thanks to Andre for sending in)

Revolights Arc: A Smarter Approach to the Bicycle Taillight: The company is back at it again after their previous Kickstarter launches, this one is tied to their Shark Tank appearance a few weeks ago.

Polar Personal Trainer Updated: Mostly a bunch of fixes for the website. Kinda surprised honestly that they’re spending any time on it versus focusing on Flow, but, certainly can’t complain!

Garmin Express Updated: Unclear on exactly what was added. Though, it did change the icon for the Fenix2 from a car GPS, to an unknown car-fitness-cycling icon. Why they couldn’t just get the correct Fenix2 icon is sorta odd. 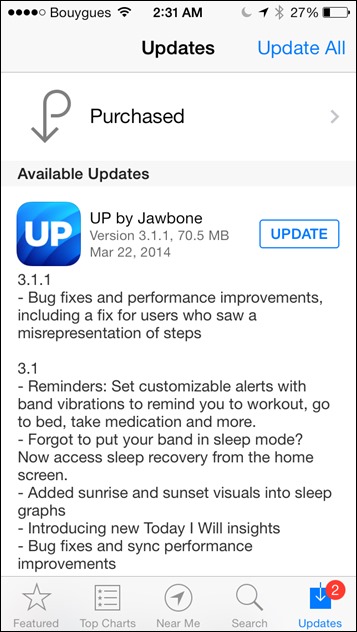 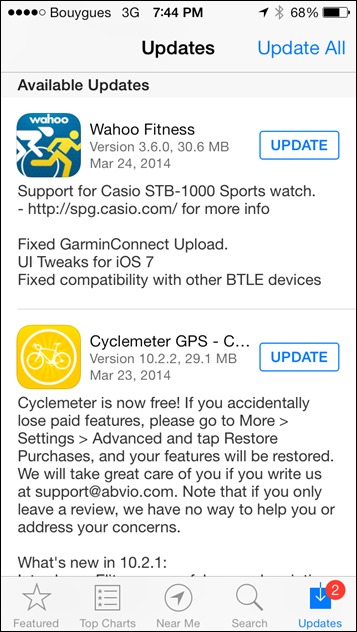 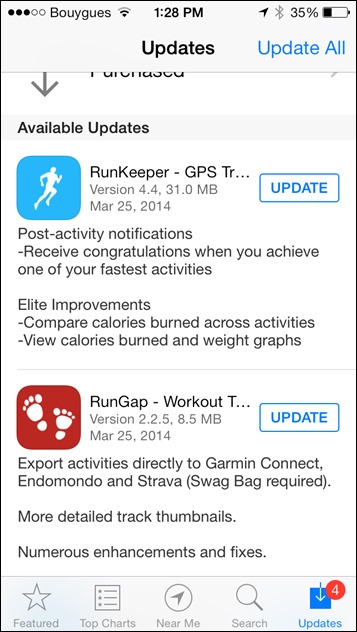 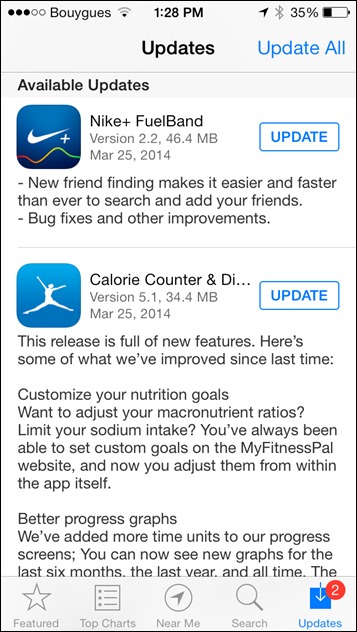 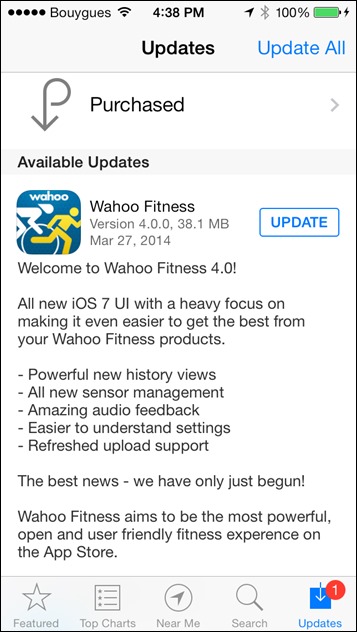 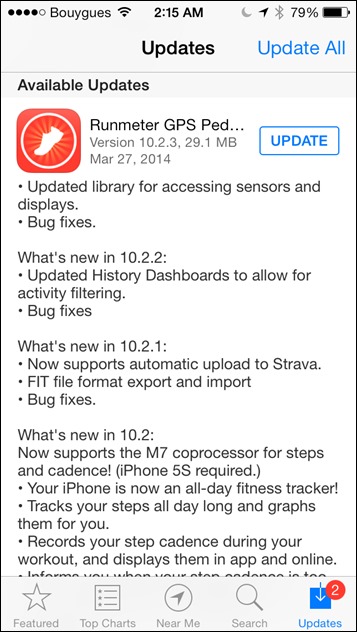 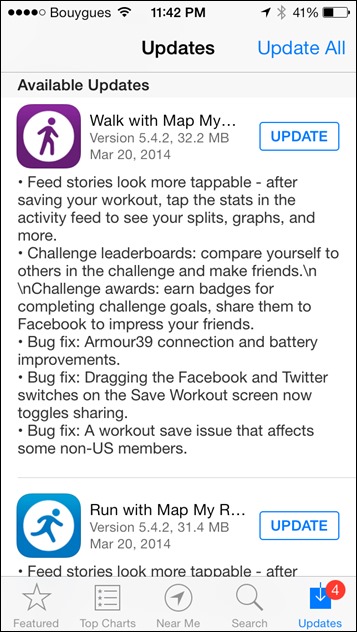 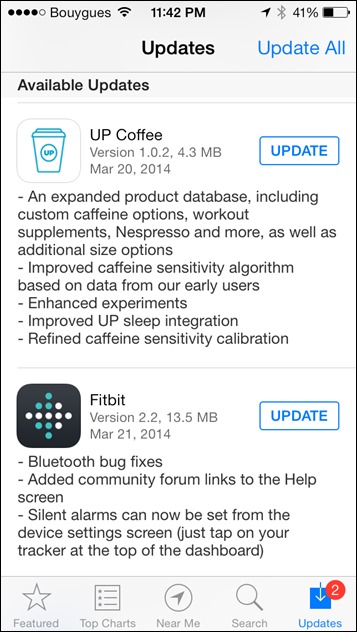 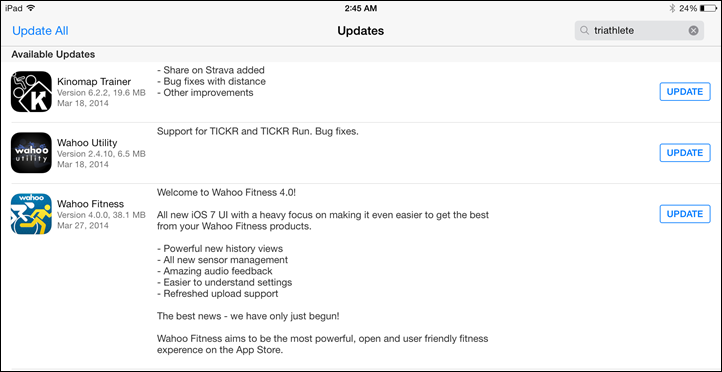 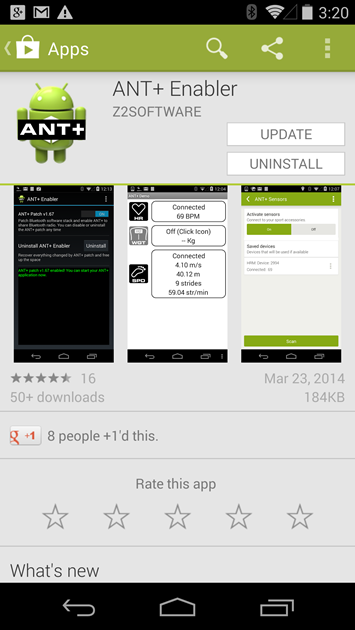 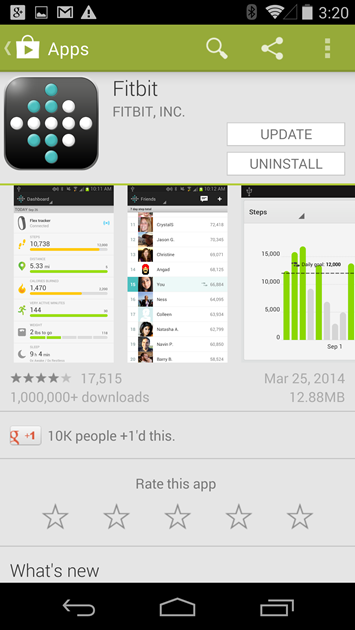 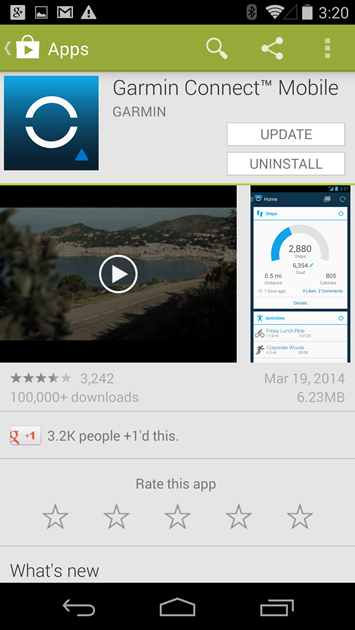 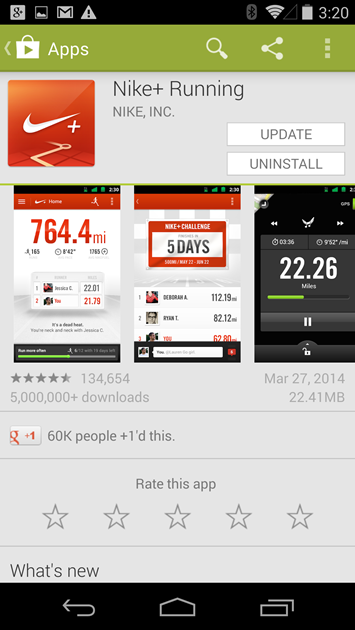 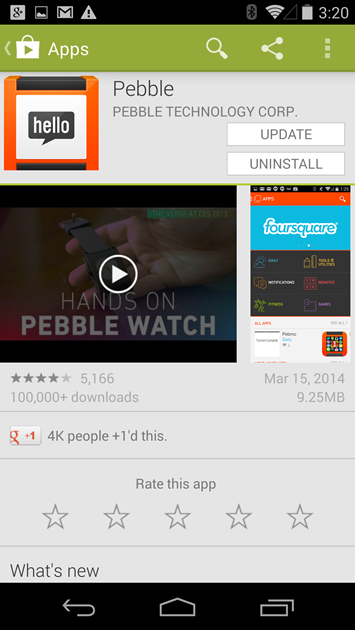 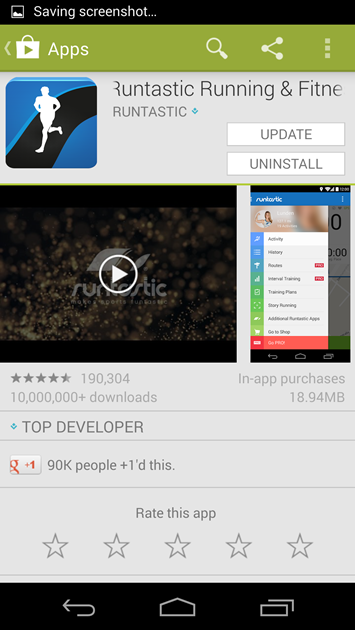 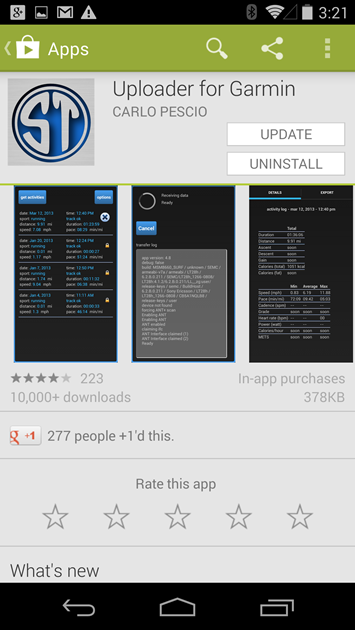 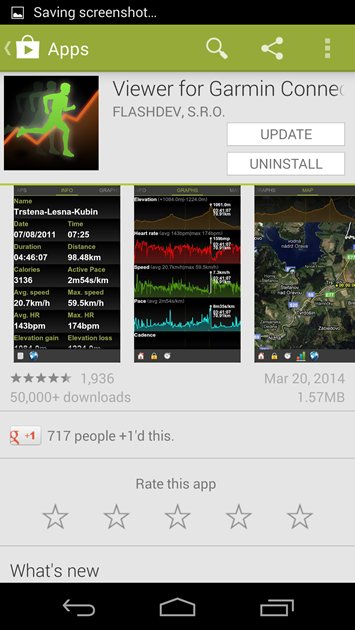 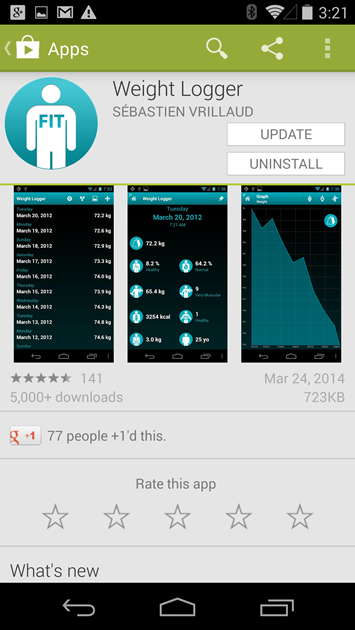 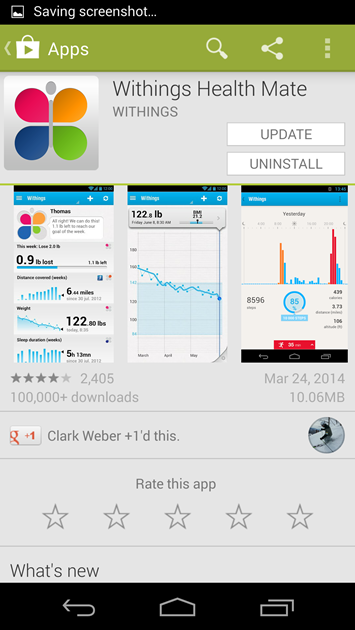 (No sports related Windows Phone updates on my phone this week).