1) Pro Triathlete Virginia Berasategui tests positive for doping: Seriously? A second time?  You should be banned once (again) for doping, and then a second time because you apparently suck at doping.

2) The Girl’s sister coaches soccer team to six straight state championships: That’d be my sister in law.  Pretty cool, and huge congrats!  Six straight titles is astounding.  Here’s another article just prior to the big game about the streak.

3) Peeing on a bike, and other iron-distance matters: A short post that starts off with the before/after pictures of bikes and Ironman events, and then some thoughts on peeing while on the bike.

5) Because sometimes you need your bike to fly: No really, it’s a flying bike. Seriously.

6) Tough Mudder death ruled accidental drowning: However, more importantly was the lack of response. Read the really well done Runners World article, where there’s also a video showing the lack of response (towards the end of article).  I thought these two quotes stood out however:

“From the two Tough Mudder fields totaling 14,000 competitors on Saturday and Sunday, City Hospital received a total of 20 patients. The medical issues included two heart attacks, one electrocution admitted for observation and a variety of orthopedic, hypothermia and head injuries.” – Hospital Statement, which then sees this response from the race organizers: “in line with what we have seen” [at other races].

7) Speaking of more organizational irresponsibility: Watch this unreal video below of the Crystal Cup Crit last weekend.  Tons of items contributed to this crash, nearly all of them lying on the race organizer.

Crystal City from Patriot on Vimeo.

9) Underground bike parking in Japan: Because you can never have enough cool technology from Japan.  Check out the video:

10) Power2Max has European sale for power meters with navi2Coach GPS bike computer – €1,100: Only applicable to certain units though, but still a solid deal that saves about €300.  Note, not applicable to those outside Europe.  Also, just passing along, I don’t get anything out of it.  My review is here.

Velodroom’s Smart Bicycle Light: The light switches on by itself when you go for a ride, adjusts to ambient light level and flashes a bright stop-light while braking.

(Thanks to Eli for finding all of this week’s Kickstarter projects!)

Golden Cheetah Releases Version 3.0: This is a pretty massive update, over two years in the making. It’s a free software suite I often use for doing data analysis with power meters, focused primarily on cyclists.  Quick summary of new features here.

ANT+ Releases Racquet Device Profile: This will enable one to measure and record sport specific data such as ball speed, number of shots, shot selection and swing accuracy, which can be detected by the racquet sensor, stored and transmitted in real-time to a watch, smartphone, etc…  The display device can also receive data entered by the user (e.g. set count, match count, current score) as well as receive data from other ANT+ sensors such as a heart rate monitor and/or foot pod. A mechanism is provided to transmit this data to the racquet sensor for storage as the sensor may act as the primary storage device. (Description from the device profile overview, which isn’t viewable without an account, so I plopped it here).  Reader Eli notes that it may have been used/displayed at the French open last week.

Basis Releases Android App for B1 watch: Pretty straight forward.  Now, if only I could get my Android phone to cooperate in getting to the right OS version to install the thing…

FirstBeat aims to collect data for fatigue research: Looks like they’re asking users to send in data files to likely increase their product offerings. (Thanks to Eli)

Apple expands Bluetooth Smart Support: It’ll be interesting to see what comes of this.  In looking at the announcement, I don’t think we’ll really see massive impacts in the sports technology space from this. 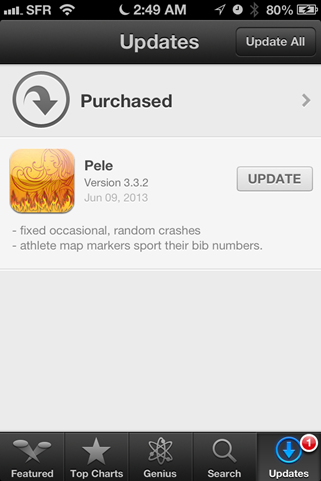 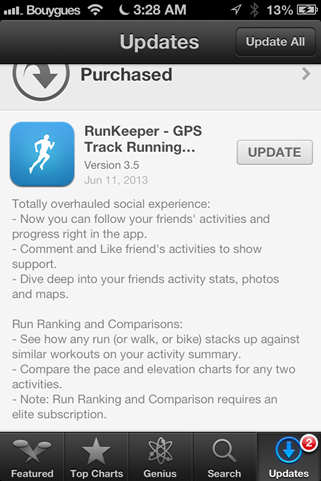 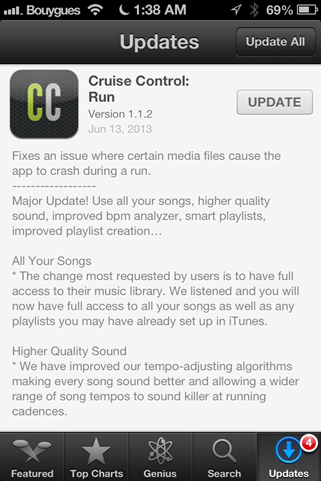 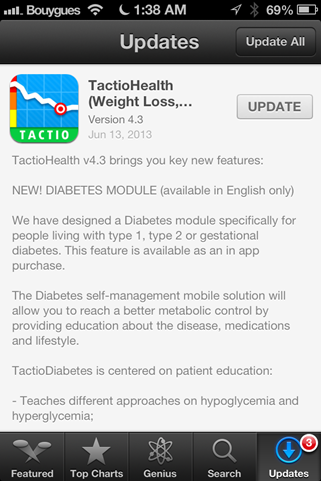 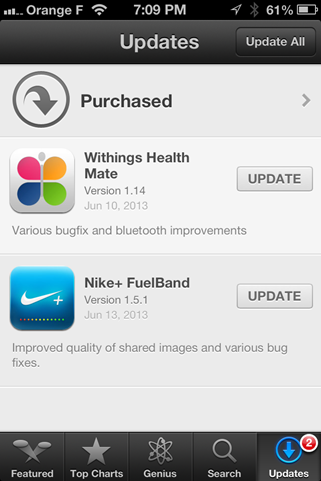 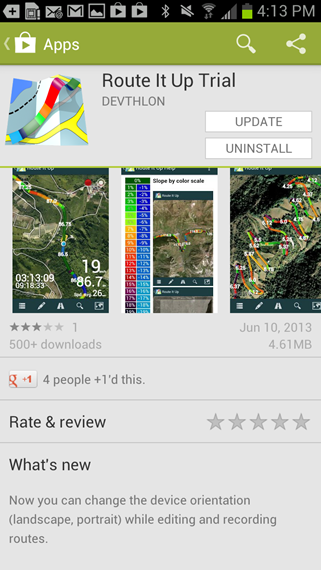 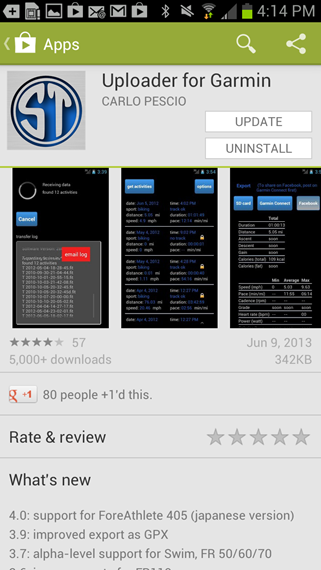 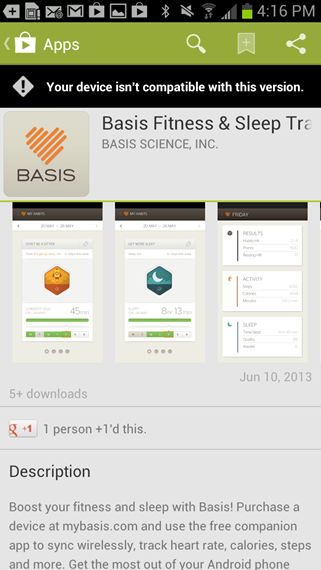 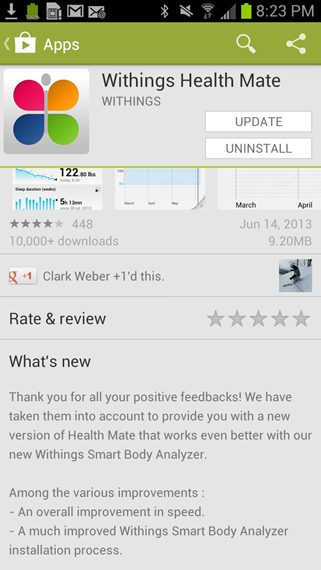 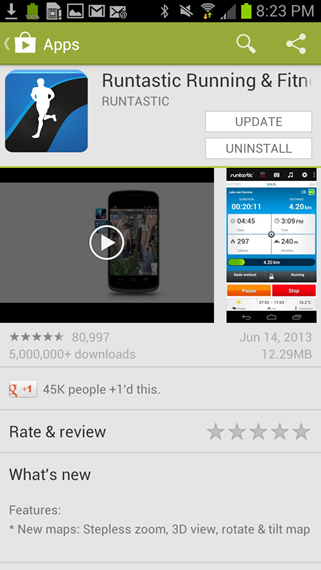 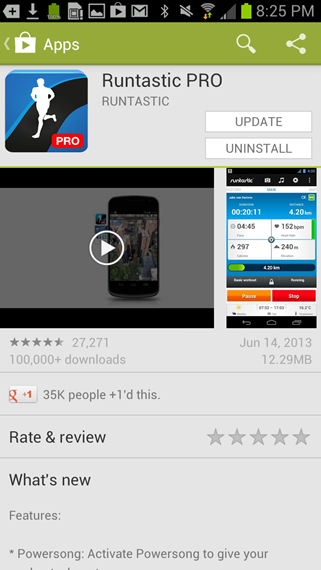 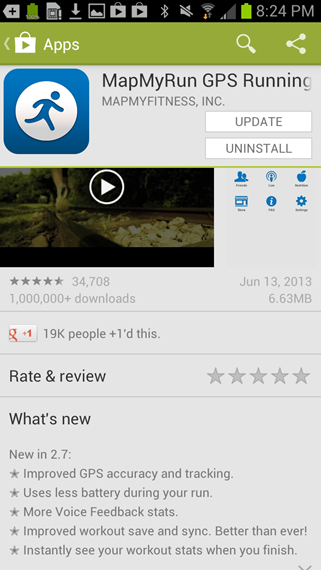 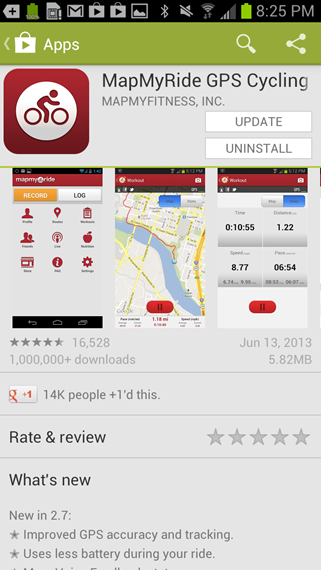 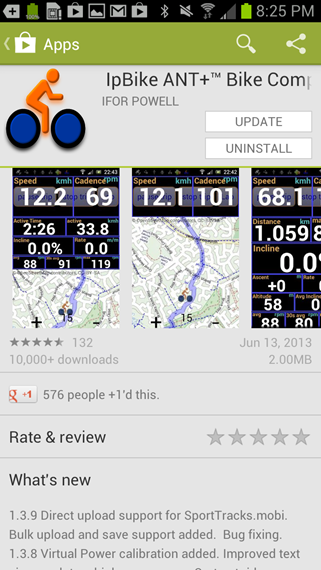