Saturday: Paris Blog: A Road Trip to the French Coast

The Queue is a place where I post quick galleries of products that have just started the review cycle. At the moment, these don’t show up in the main RSS feed since they are just quick galleries. You can however subscribe specifically to The Queue RSS feed here (mostly to just use it as a notification mechanism).

1) What happens to your camera at a ‘Color Run’: Haven’t heard of a color run before? It’s a 5K or 10K race where they throw ‘color’ at you (a paint-like substance). Odd, yes. But, here’s what happens to cameras at that race – behind the scenes from a lens rental company.

2) Runkeeper becomes first app to hit Pebble: It will be interesting to see how this shapes up. Might actually give me a reason to dig out the Pebble that’s been sitting in a desk drawer for a while now. See how it shapes up.

3) A look at the Austin Veloway: I’ve been to Austin before, but hadn’t ever visited this. A 3.1 mile (5K) 23-foot wide cycling track wandering around through the bush. Cool stuff.

4) Ironman 70.3 World Championships to rotate cities: I’m definitely in favor of this. Neither Florida nor Vegas really excited me very much for the 70.3 Worlds. Love the idea of it potentially going outside of North America.

5) Ok, so he sent a GoPro to space: Overachiever.

6) Suunto backtracks, announces they will offer original Ambit updates: Suunto issued a statement on Monday due to the response they received around not doing any further feature firmware updates. Now, they’ll be doing some. Read the full PDF for details.

7) In other news, TrainingPeaks doesn’t support the Garmin Fenix: A reader sent this in to me, which aims to gather support for TP to support the Fenix. Thus, if your two worlds intersect there….FYI. Actually, I never knew this section of the site existed. Would be cool if other sports tech companies had a voting system too for firmware/site/feature updates.

8) Behind the scenes on those crazy Russian free-structure-climbers: While I don’t advocate illegally climbing structures (especially really tall ones like these where your stomach turns) – this particular ‘documentary’ video is well put together and fairly interesting.

9) The Story of the Barkley Marathons: If you haven’t heard of this race before, then swing on over and read the fairly good Q&A/story on it. Only 14 people have completed it since 1986.

10) The Secret Pro: A pretty interesting series on CyclingTips written by a member of the pro peloton (but with the name withheld). Sorta a ‘behind the scenes’ look at things, where the pro rider can speak a bit more freely.

Loopwheels: Pretty much the craziest wheel design you’ll ever have seen. This is designed for 20” bicycle wheels (smaller wheels typically found on folding bikes), and aims to give riders a smoother ride. Note: Ends in three days. (Thanks to John B. for sending in).

Wahoo KICKR gets ANT+ control firmware update: You’ll get this update by using any of the Wahoo Apps and connecting to the KICKR. On a related note, Australian folks can now buy KICKR, and Euro folks get it next week. Details on that on their Facebook page.

Peripedal Adds Wahoo KICKR ANT+ Control Support (Windows): Peripedal was edged out by just a few hours in releasing their support, but now also has it for Windows.

Power Pilot Firmware Update: Ok, so this is about 3 months old, but somehow it slipped by. So FYI if you have LeMond Revolution Trainer and a Power Pilot. Also of note is that they have a Google Group now, and, they’ve stated a timeline for open ANT+ and Bluetooth Smart support for the Revolution Trainer by end of year (no Power Pilot required). Amazing the things that Twitter tells you these days…

Wahoo RFLKT gets firmware update: Just a bug-fix one. Same as KICKR, get it via your Wahoo App.

Garmin Edge 500 Update: From 3.00 to 3.20, looks like two tiny modifications, but also looks like it’s not going terribly well. (Thanks Nathan for sending in!)

Garmin FR210 Firmware Update: This adds some minor changes to history deletion operations, as well as a few other tweaks.  (Thanks to Dragos for sending in!)

Trainer Road 2.0 Released: Adds in custom workouts, workout creator, PowerBeam support, re-broadcasting of VirtualPower as ANT+ to head units, and a bunch of other things that were beta aren’t any longer. 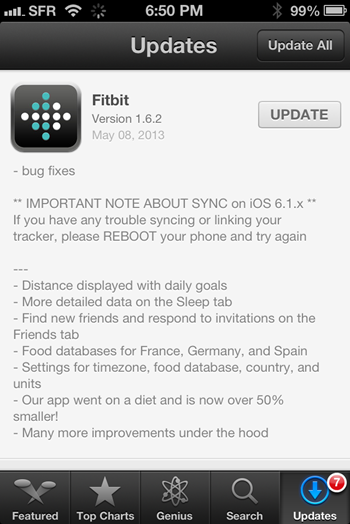 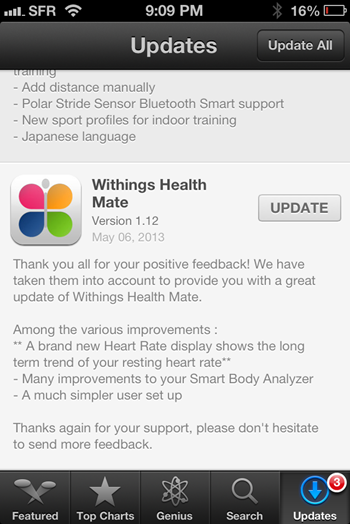 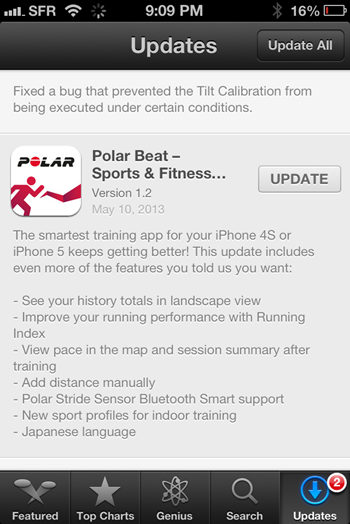 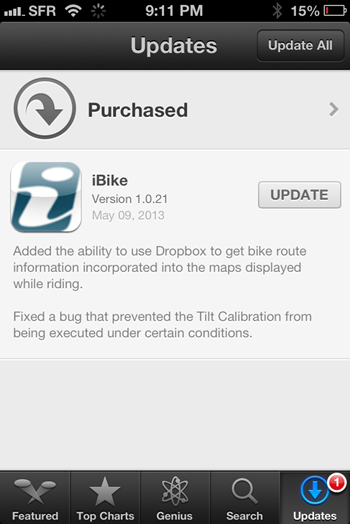 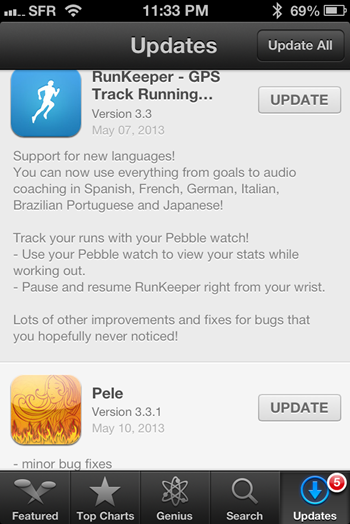 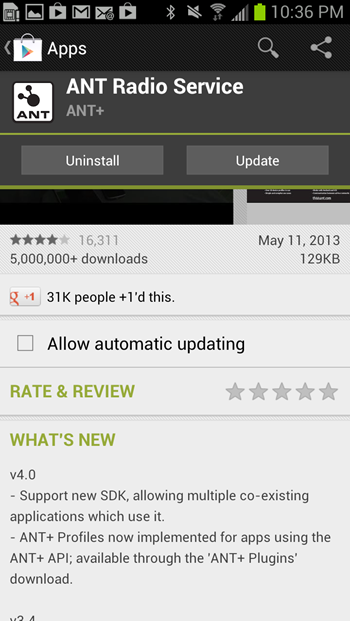 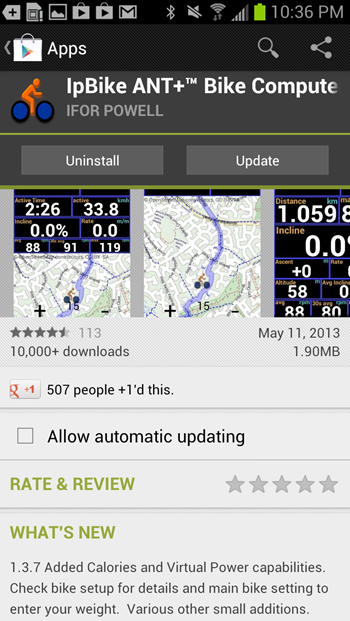 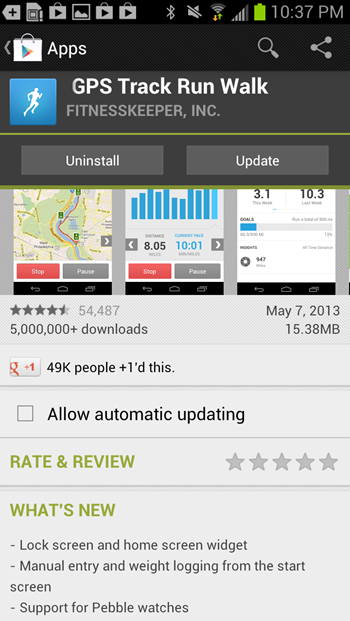 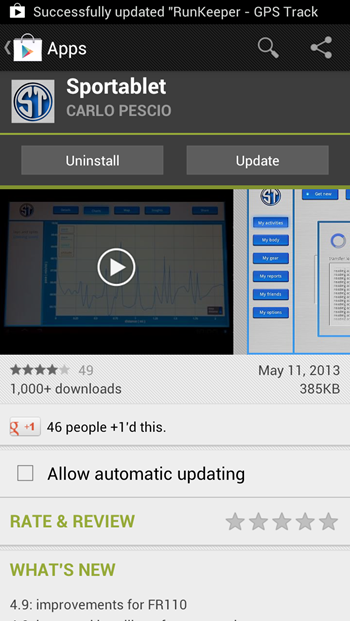 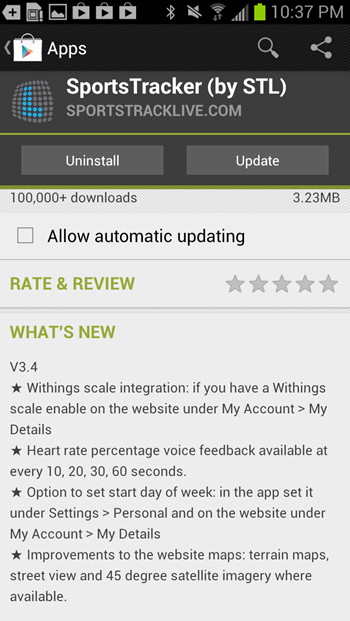 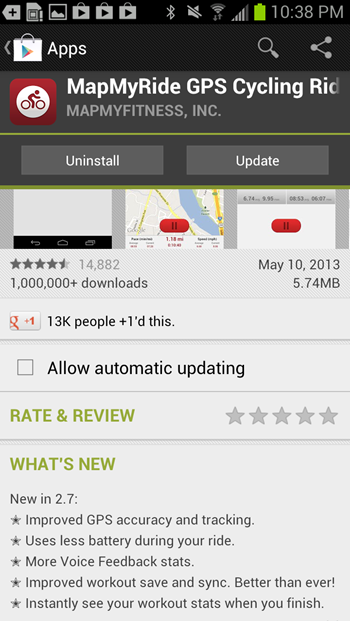 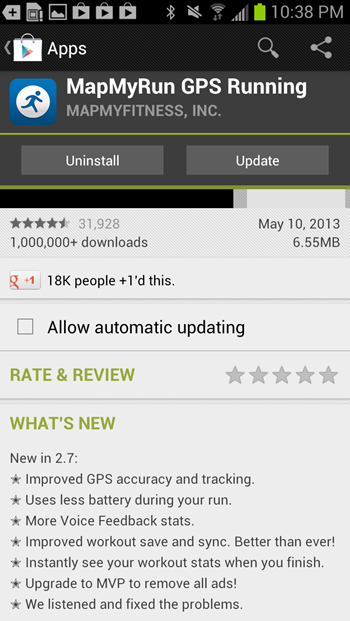 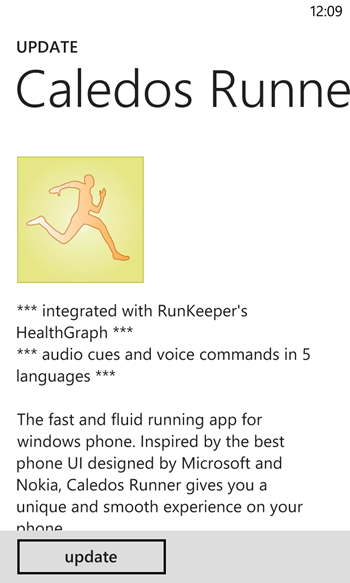