Back last month I got a mysterious package in the mail.  That in and of itself isn’t too unusual actually.  I get all sorts of packages that I’m not expecting.  Sometimes companies will delay and/or forget to send out a sample and then it arrives weeks (or months) later – expectantly.  But this one was actually not from a company, nor a product to be reviewed.  Rather, this was from a friend: Carl.  Last year he raced Ironman Louisville to help benefit one of the local shelters here in the DC area.  Good guy.

Packages from friends and family are always way better than packages from companies.  First off, they mean more to me.  Secondly, sometimes they’re baked goods – like Christmas Cookies from my Aunt.  And thirdly, they aren’t usually tied to any sort of product review.  Which means I can simply just enjoy it without having to take a of photos of it.

But as soon as I opened this, I realized that I indeed did need to take photos.  Simply because it was that awesome.

In fact, it was so awesome that it came with special ‘proper care’ instructions.  Now I suppose all variants of this particular item do, but somehow these suggestions made it all that much better. 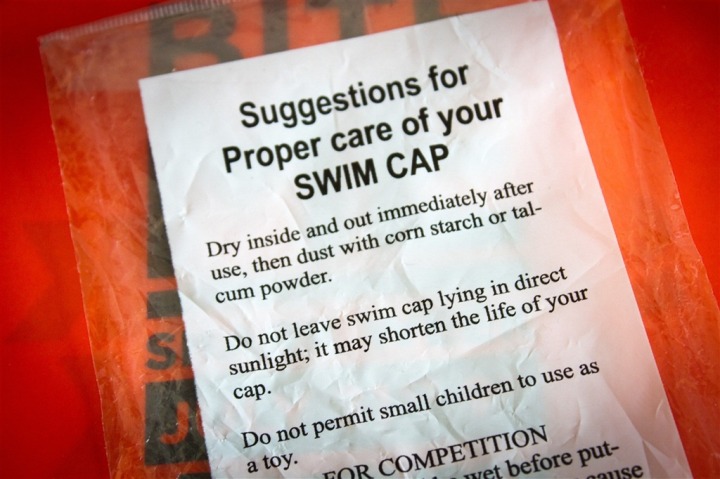 Of course, the real kicker is the swim cap itself.  For those of you that don’t know by now (approximately four of you), I love sharks.  Especially big ones.  Thus, there’s no more awesome swim cap than the below: 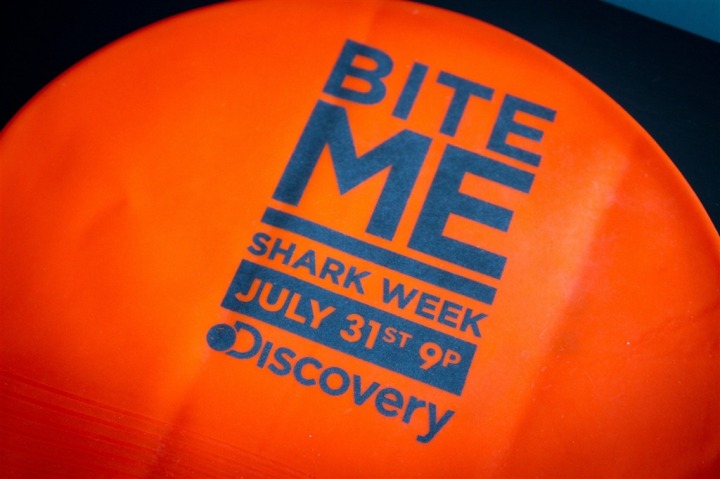 But it gets better – the other side has awesomeness too! 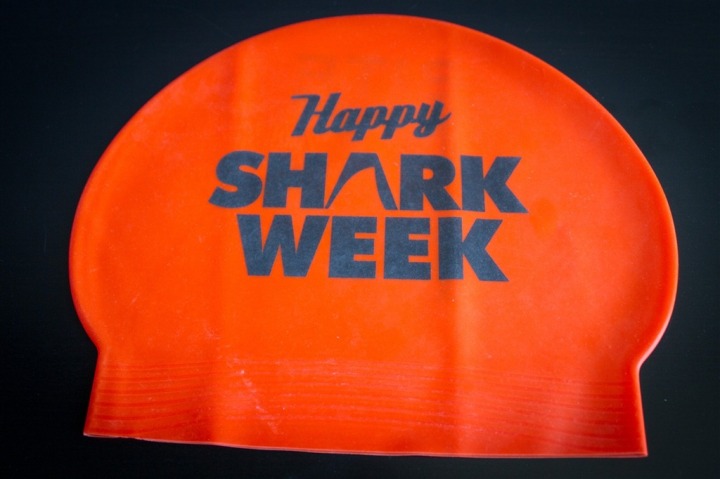 The only area I see for improvement would have been to add a few items to the warning label about not being a ‘life saving device’, nor that it ‘would deter sharks and/or act as a shark repellent’.  But I can look past that.

The best part here is that when you combine this with the swim cap that I got The Girl a few years ago, we’re like the perfect pair: 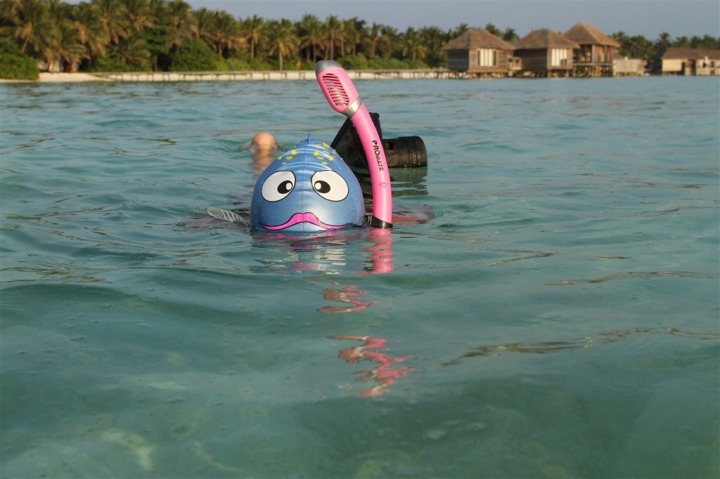 Maybe I’ll start including it in my swim reviews…after all, gotta get out and do some openwater FR910XT swimming, and it might just have to be in shark infested waters.  Good times ahead!

Thanks Carl for the cap!

And thanks everyone else for reading, and have a great weekend!

(P.S. – Don’t forget that Kona is this weekend, and you should be able to watch the live streaming on your PC.  Assuming the site actually works of course…)